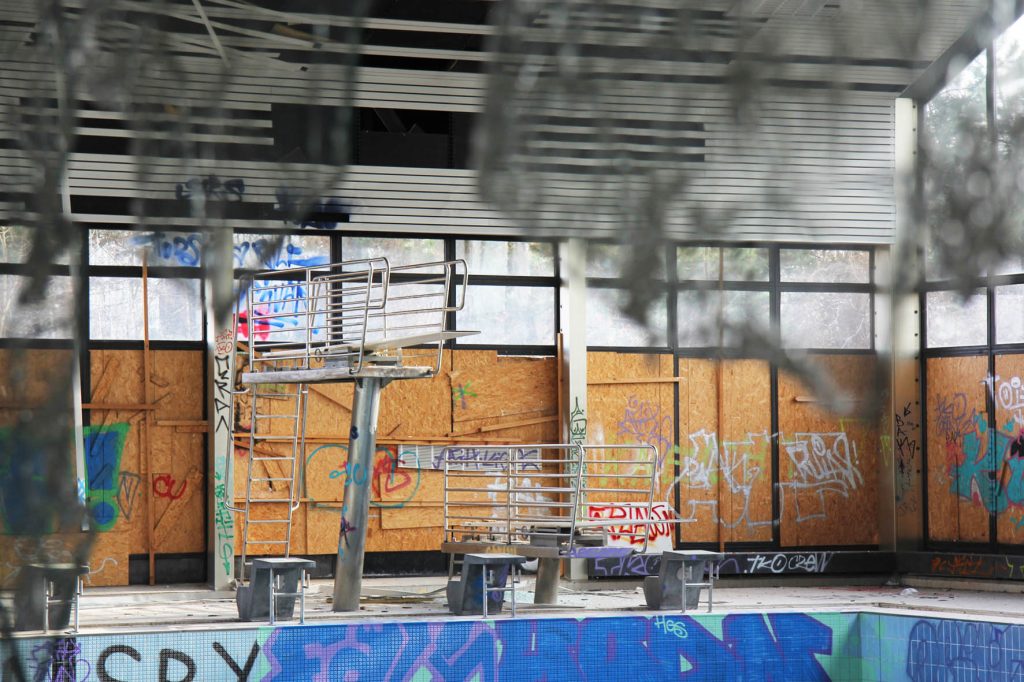 The water was drained from the pool at the Franzosenbad years ago and now it’s littered with parts of the ceiling, lockers and some of the discarded wooden panels that at one point kept the abandoned swimming pool in the north of Berlin secure.

The pool is in the former Cité Foch, which was built in the French sector of Berlin from 1953 to house the French allied soldiers who were stationed here with their families and is also home to an abandoned shopping centre. 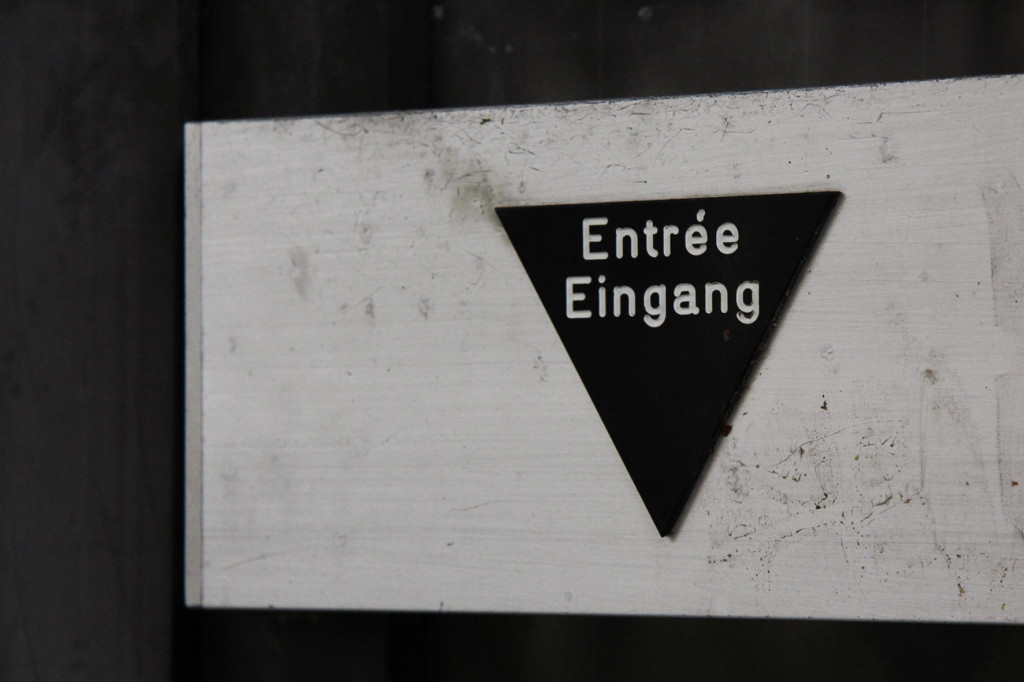 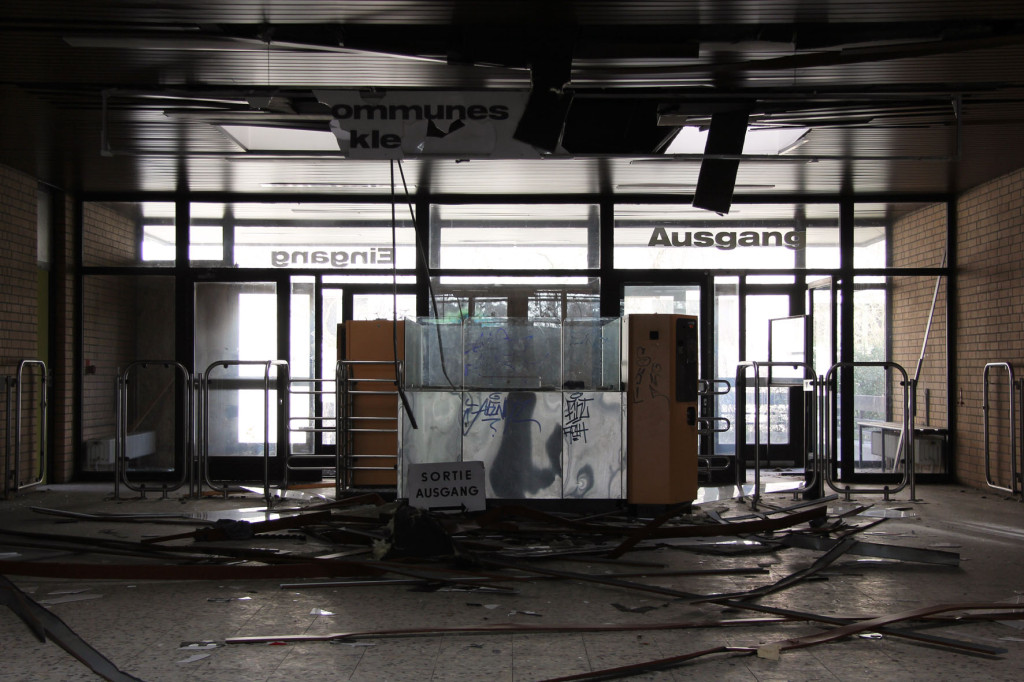 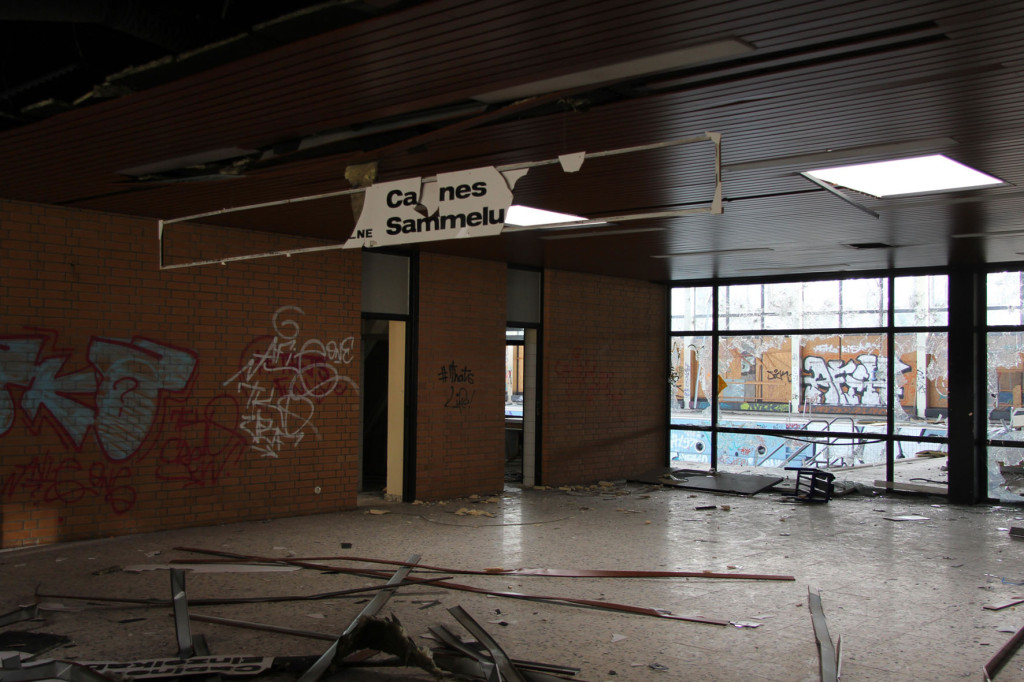 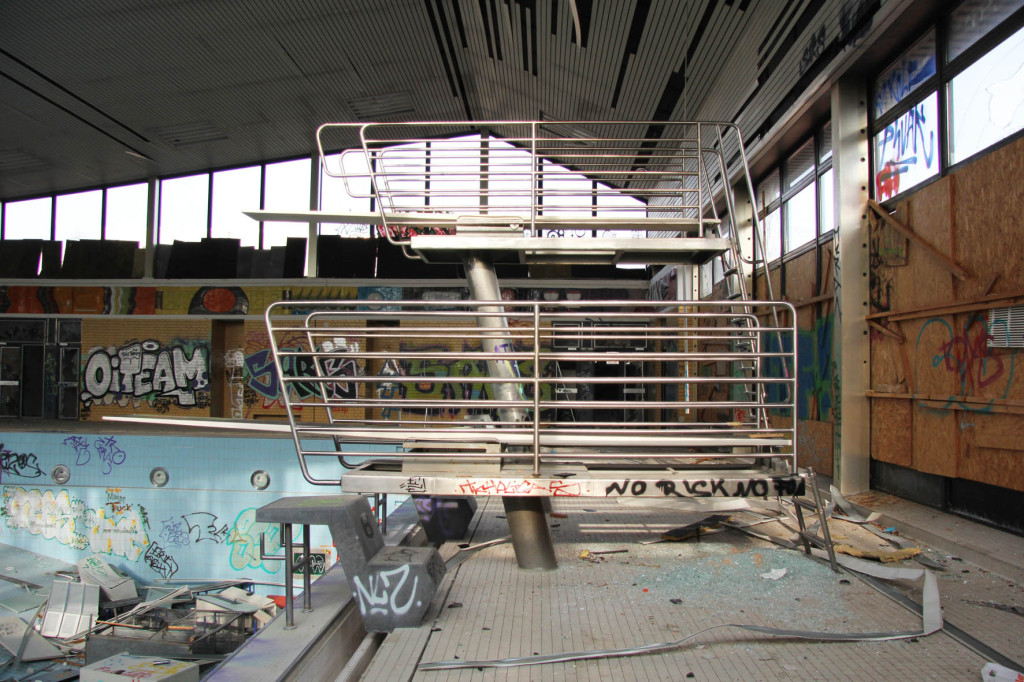 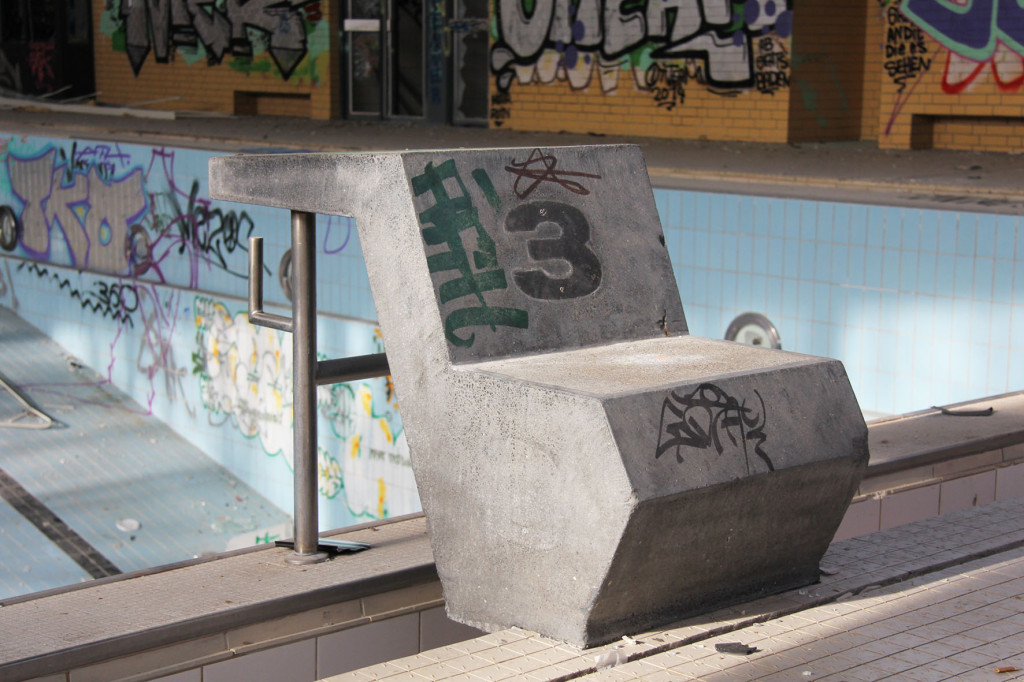 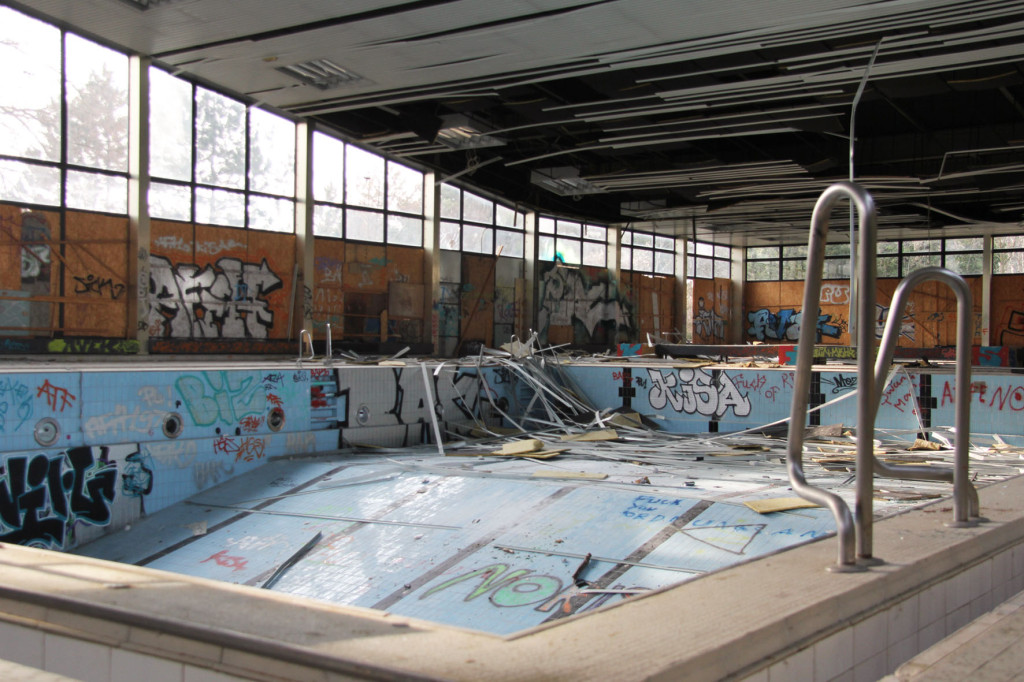 Built in 1972, the Franzosenbad has a 6-lane 25-metre pool with two diving boards and a separate teaching pool.

When the French allies withdrew from Berlin in 1994 the pool was handed over in full working order to the Berlin Senate who granted the right of use to the district of Reinickendorf.

It subsequently came under the control of the Berliner Bäder-Betriebe in 1996 and closed its doors permanently in July 2002 due to the prohibitively high costs of necessary repairs. 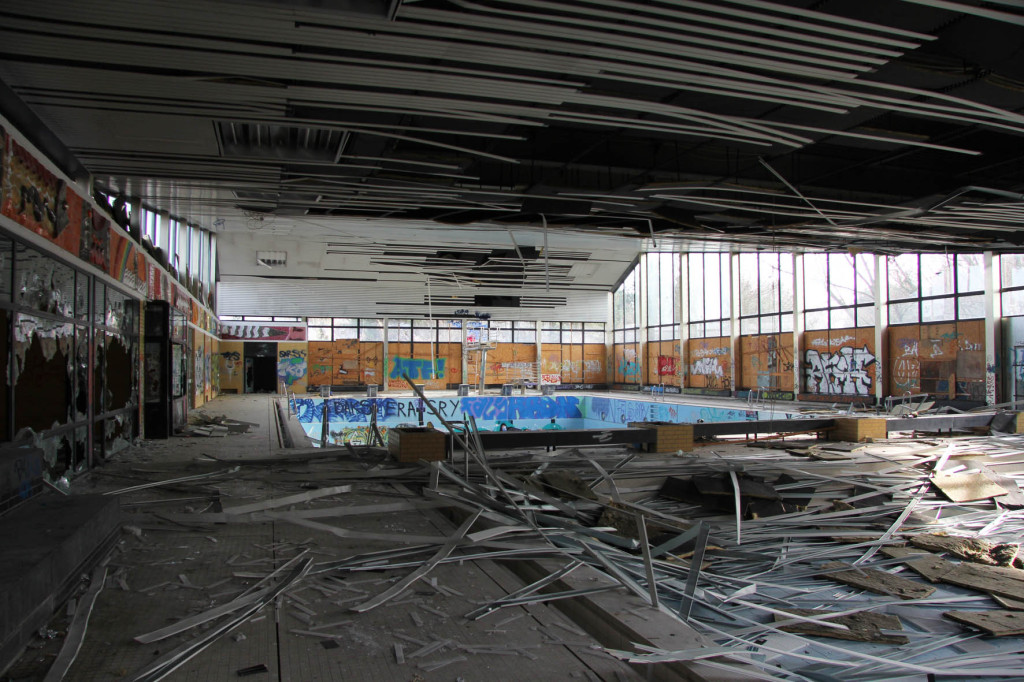 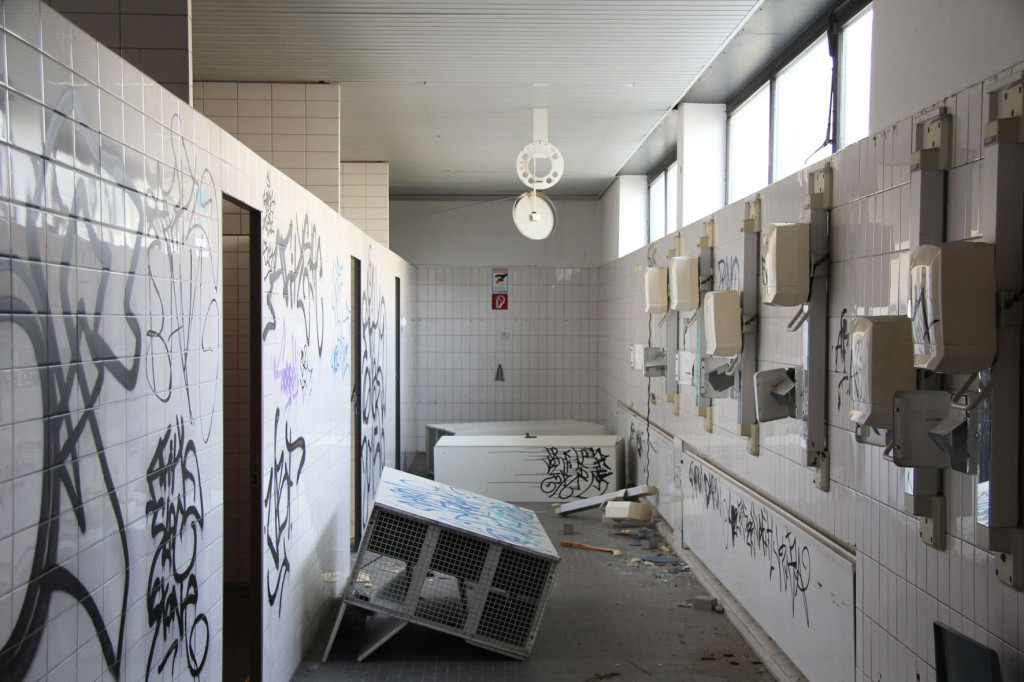 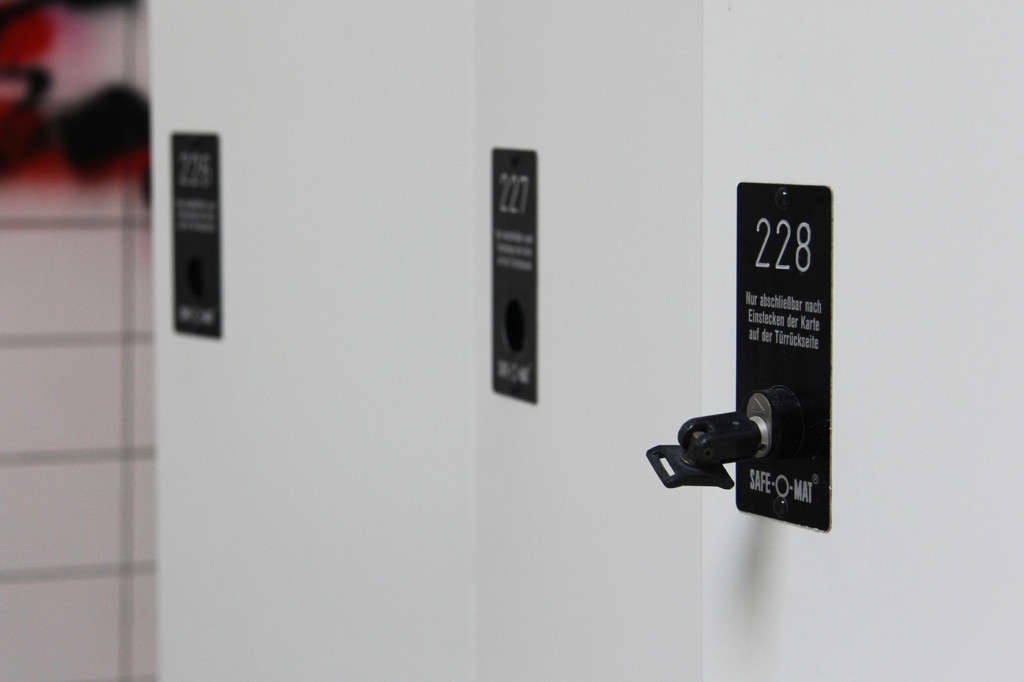 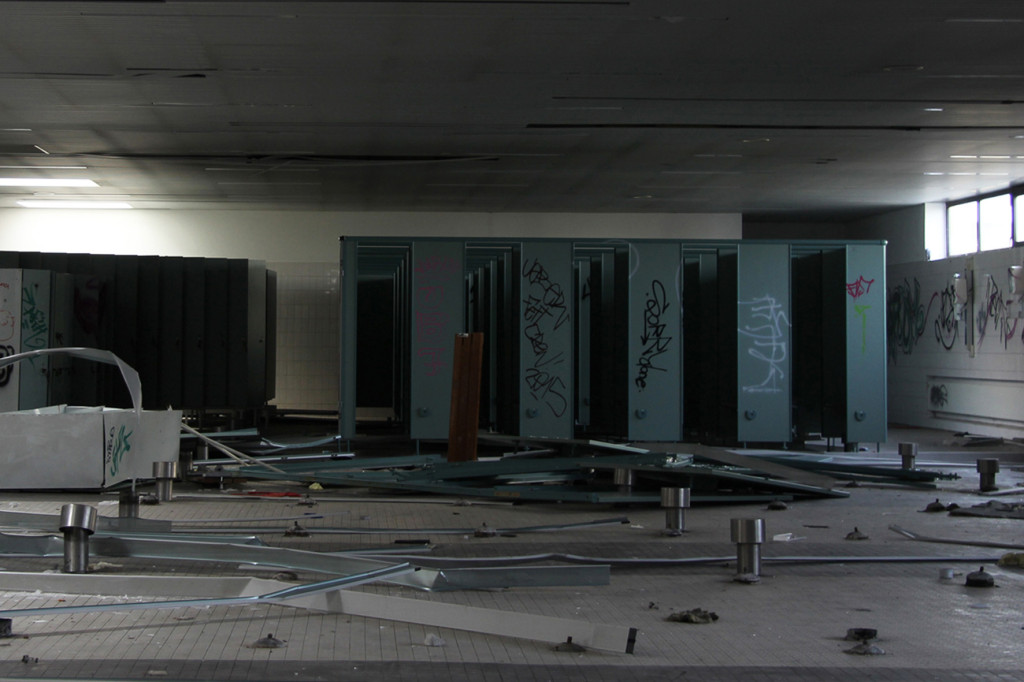 The owner of a local diving business had negotiated a price and had grand plans to re-open the pool in 2005, capitalising on the potential of the lawn area around the building for sunbathing.  Unfortunately, this idyllic vision never became a reality and as at February 2017 there are no concrete plans for bringing the land back into use.

Like the nearby Einkaufszentrum, the pool has obviously become a playground for the local youths and graffiti artists and many of the glass panels around the building have been smashed. 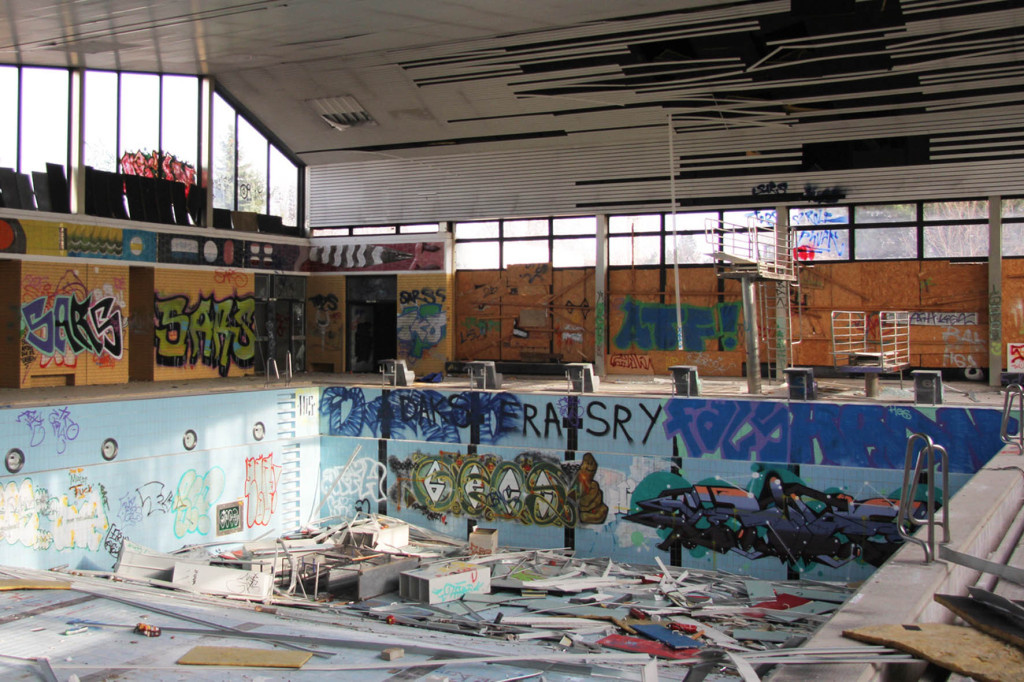 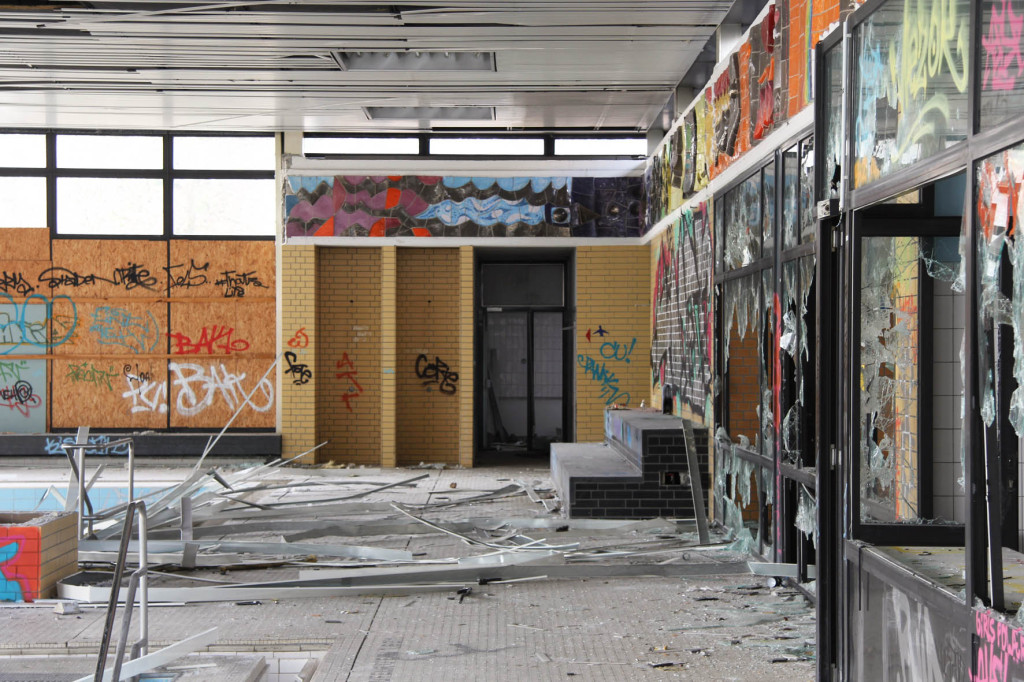 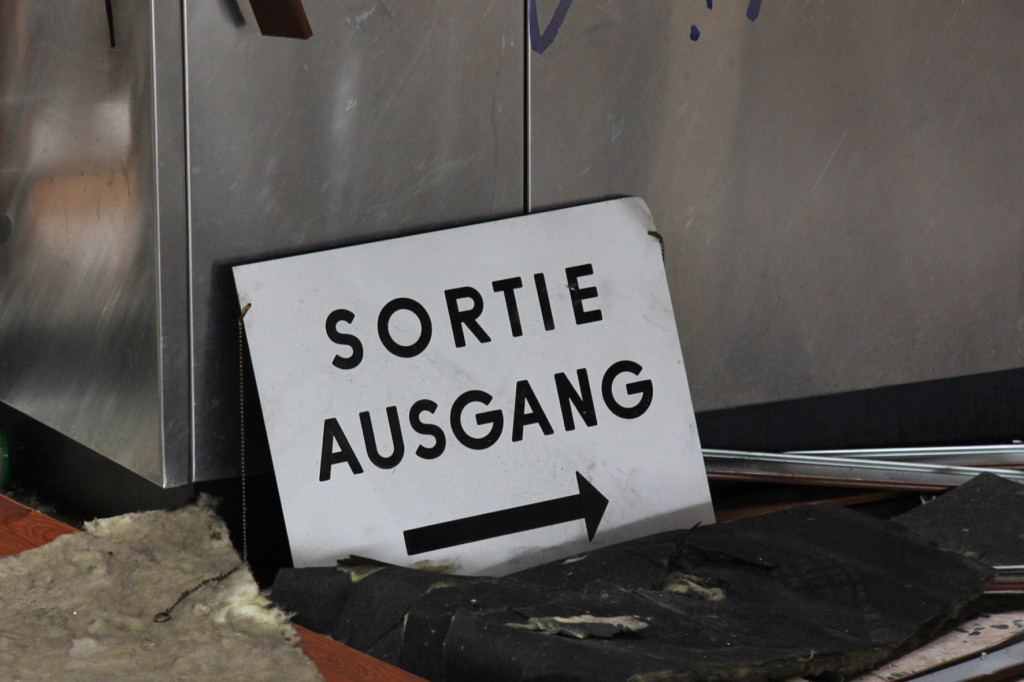 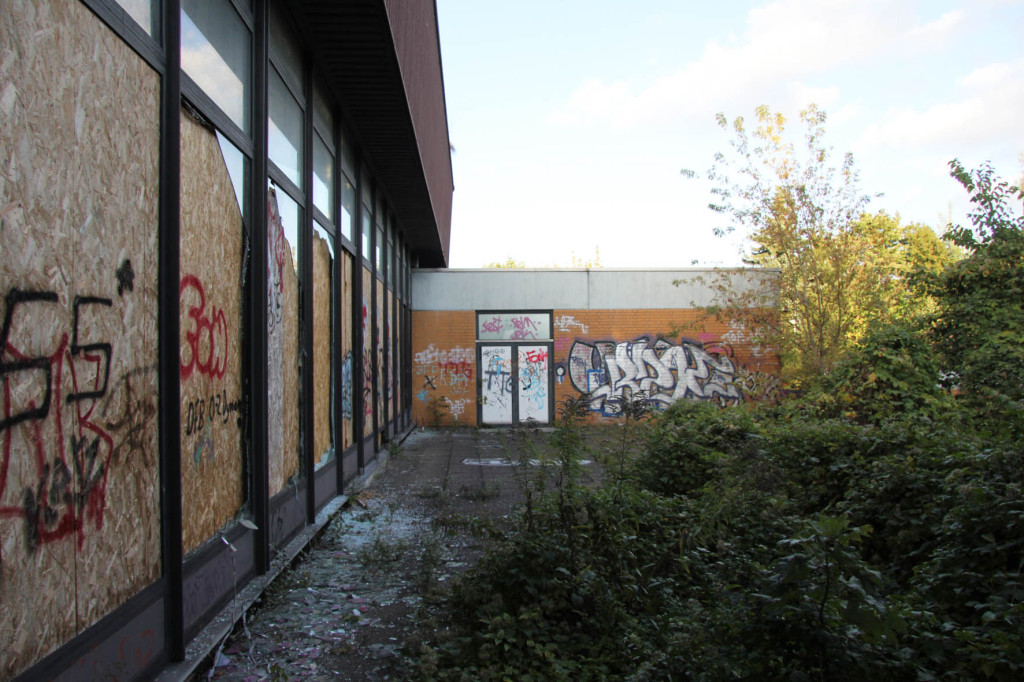 Despite the obvious damage to the building it is clear that someone cares about the Franzosenbad, so the swimming pool has long been neglected but may not be totally abandoned – the basement rooms are very well secured and the wooden panels are regularly checked and repaired.