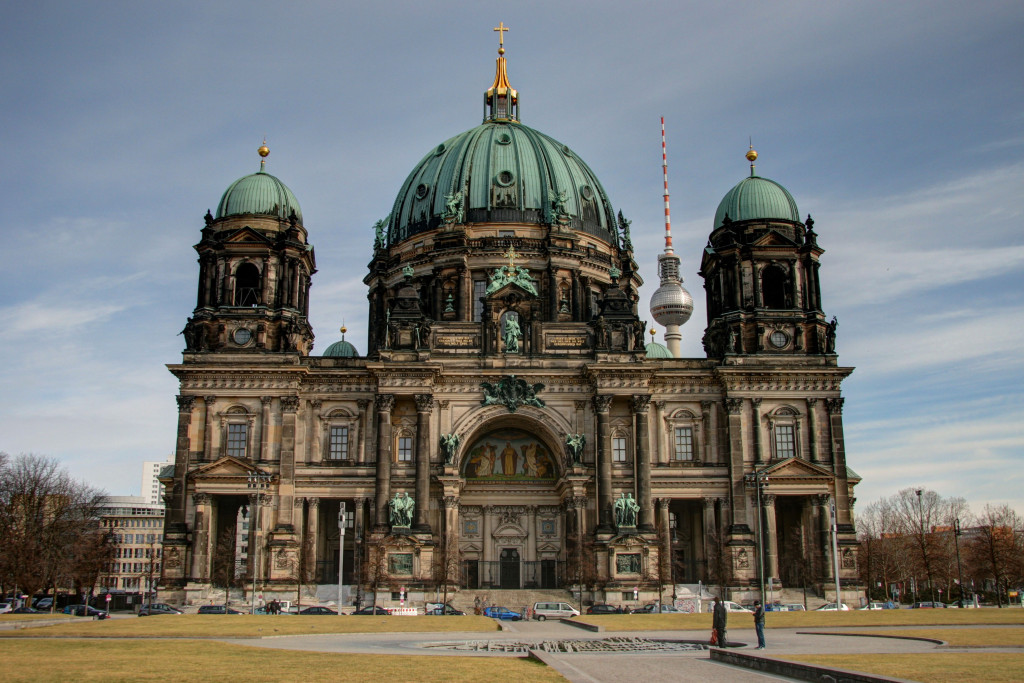 I’m not a religious person but I’ve always been drawn to churches and cathedrals for their architecture and character.  The Berliner Dom (Berlin Cathedral) is certainly an impressive sight and one of Berlin’s iconic landmarks.

Located as it is on the Museuminsel (Museum Island), the cathedral is guaranteed a high footfall and anyone walking past will notice the imposing dome.  Of course, those visiting the museums are also likely to appreciate the history of this grand church.

As with the Französicher Dom, this has never been the seat of a bishop so is not technically a cathedral, but the name persists.

The current cathedral building was consecrated in 1905, though the existence of a cathedral on the site can be traced back through various incarnations to 1465.  The building did not escape damage during the war though and a bomb that struck the dome started a fire that led to the dome collapsing into the church below.  A more detailed history can be found on the Berliner Dom website.

As the midday prayer service was in progress when I entered the building today I decided to explore from the top down and headed straight for the viewing gallery.

I was very disappointed to notice, as I climbed the staircases and navigated the narrow corridors en route to the viewing gallery, that some who had gone before me had written on the walls in marker pen and biro.  I’m very drawn to Street Art and Graffiti but I can’t understand why anyone would feel the need to scrawl their name on the walls in a cathedral.  Thankfully, it’s not in a part of the cathedral used for worship but all the same, why?

Re-emerging into the sunlight after the 270-step climb, I was greeted by a wonderful view of the Rotes Rathaus (the Red City Hall), another of Berlin’s iconic buildings. 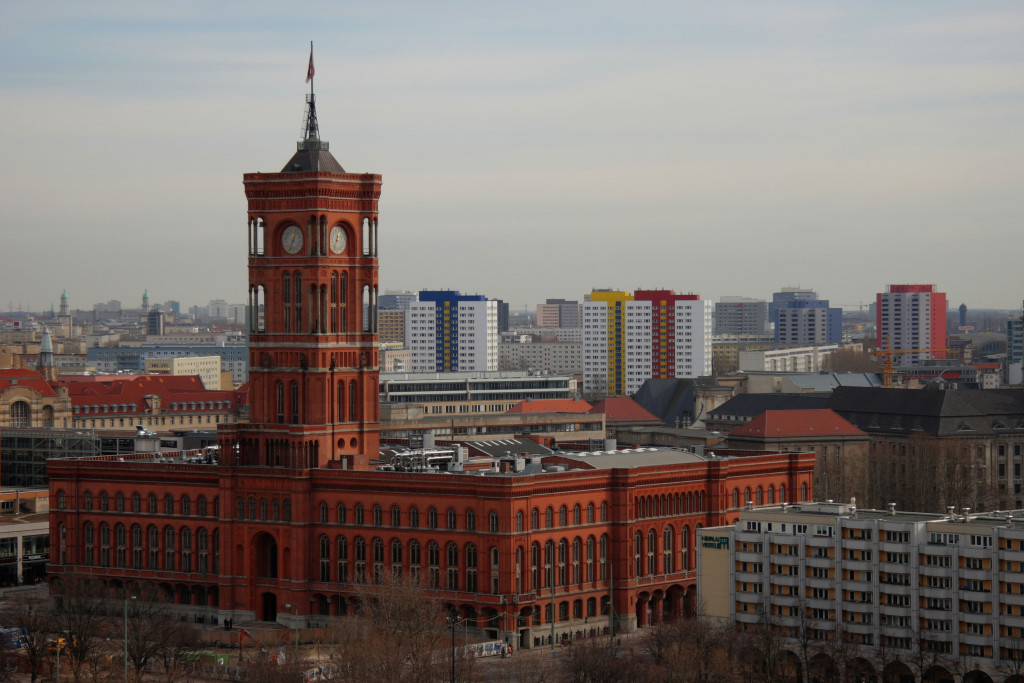 As I circled the dome I found that there were memorable views in every direction and some impressive statues.  I was pleased to find out that I’m not the only one fascinated by the Fernsehturm (TV Tower). 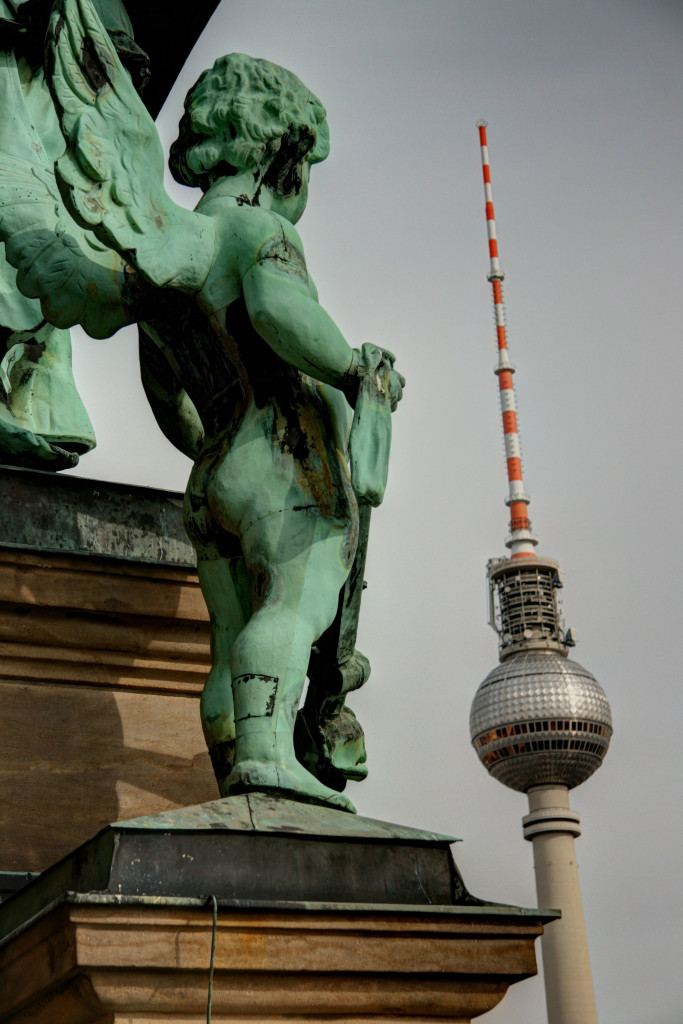 On my way back to terra firma I checked out the Cathedral Museum, with its models of the Berliner Dom, both outside and in, and models of some of the statues.

Down another staircase and there was a door to a balcony offering a view over the floor of the cathedral.

Having walked back down to the ground floor, the first thing that struck me as I entered the Sermon Nave of the church was the spectacular domed ceiling.  Shortly after which my eye was drawn to the altar and chancel, with its intricate stained glass depictions of the Birth, Crucifixion and Resurrection.

The Baptismal and Matrimonial Chapel and the pulpit are also worthy of some close attention.

Down again and I entered the crypt and an extensive collection of sarcophagi, the most touching of which for me was that of the ‘namenlose prinzessin’ (unnamed princess), daughter of Prince Adalbert of Prussia, who was born and died on 4 September 1915.

After that for me it was the usual ‘Exit Through The Gift Shop’. 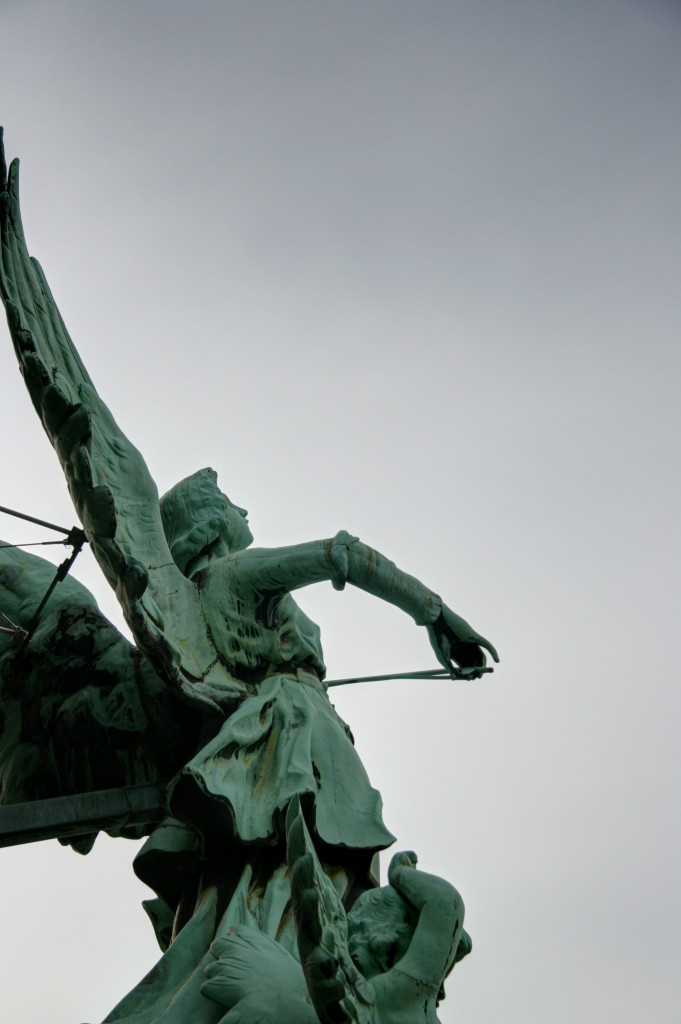 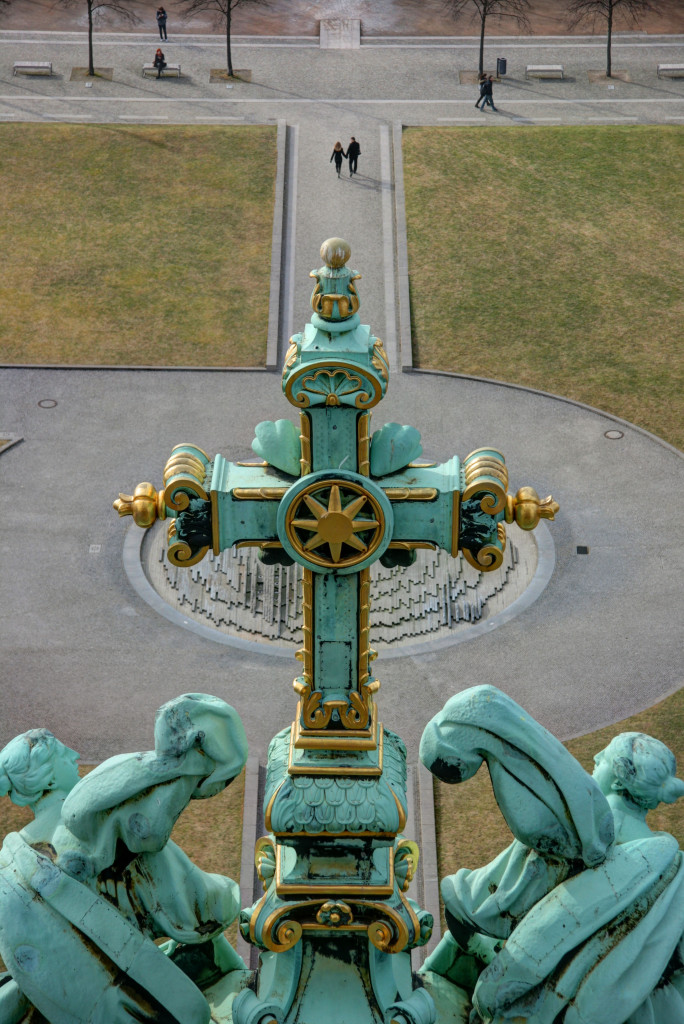 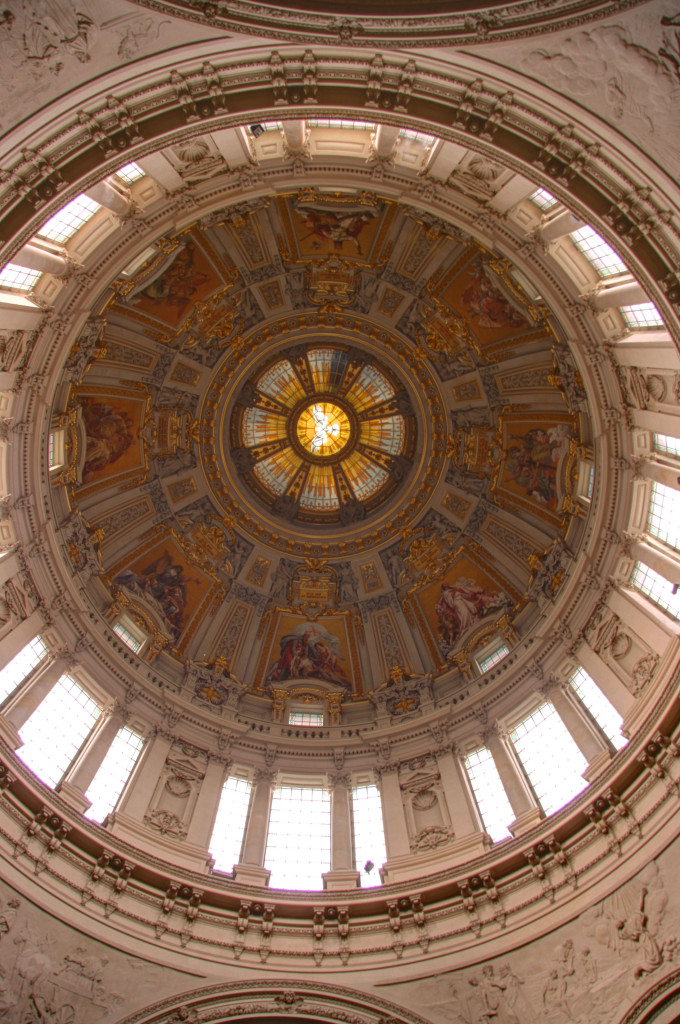 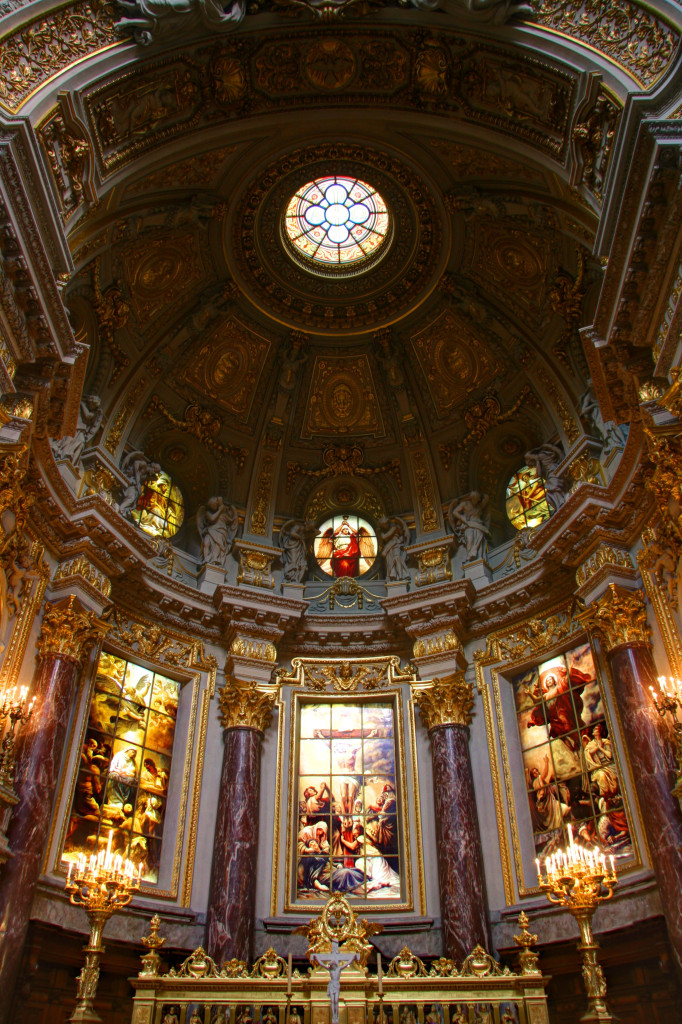