I’ve got a thing for maps so it’s lucky for me that there are plenty of people out there finding lots of interesting ways to map Berlin and present data like the city’s squatted buildings, most popular photo locations and where to get craft beer.  If you’re also a bit of a map geek, you should probably check out more posts on andBerlin with the Maps tag. 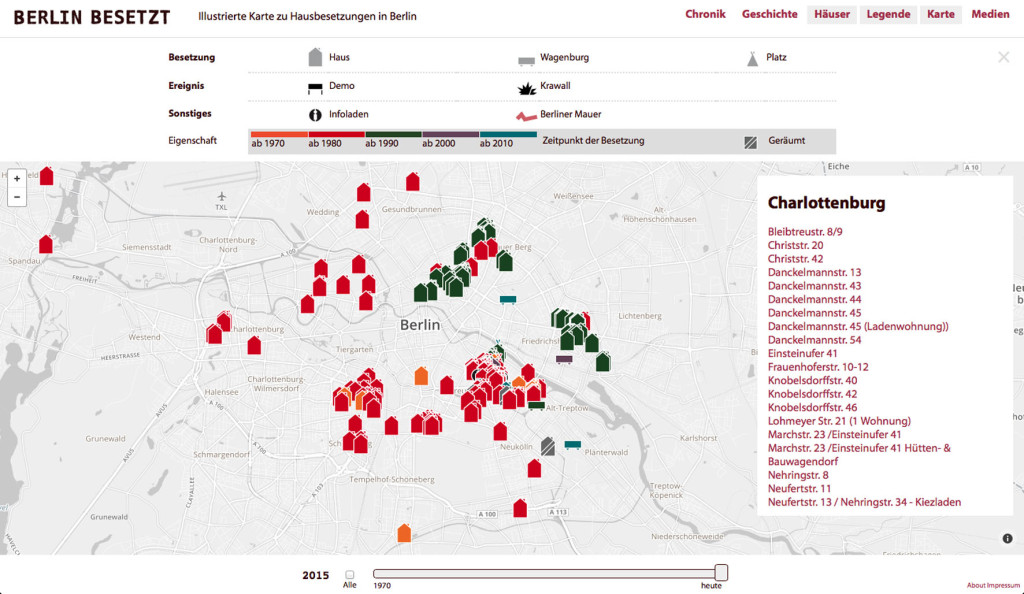 The Berlin Besetzt website is a great resource for facts, figures and maps about squatting in Berlin.  A wonderful interactive map of squats can be adjusted by way of a slider to show the buildings occupied in any year since 1970. 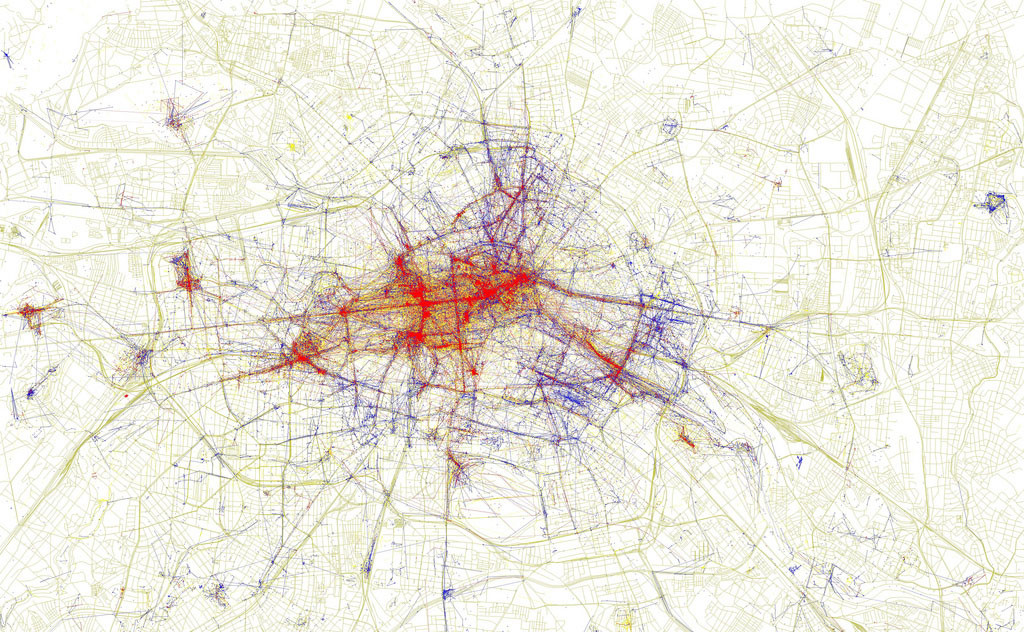 Eric Fischer has used Open Street Maps and the geotags added to photos on Flickr and Picasa to create a map showing the density of photographs taken in Berlin.  On this map blue indicates photos taken by locals, red by tourists and yellow could be either.

There are lots more ‘Locals and Tourists’ maps from Eric Fischer on Flickr from cities across the world. 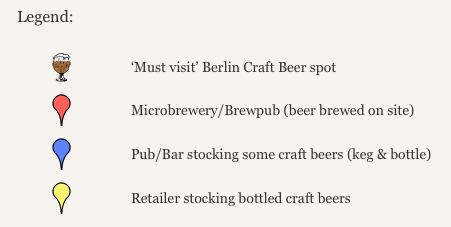 Berlin Craft Beer has a map of microbreweries, bars and shops where you can get your hands on some quality craft beers, including their ‘must visit’ recommendations.