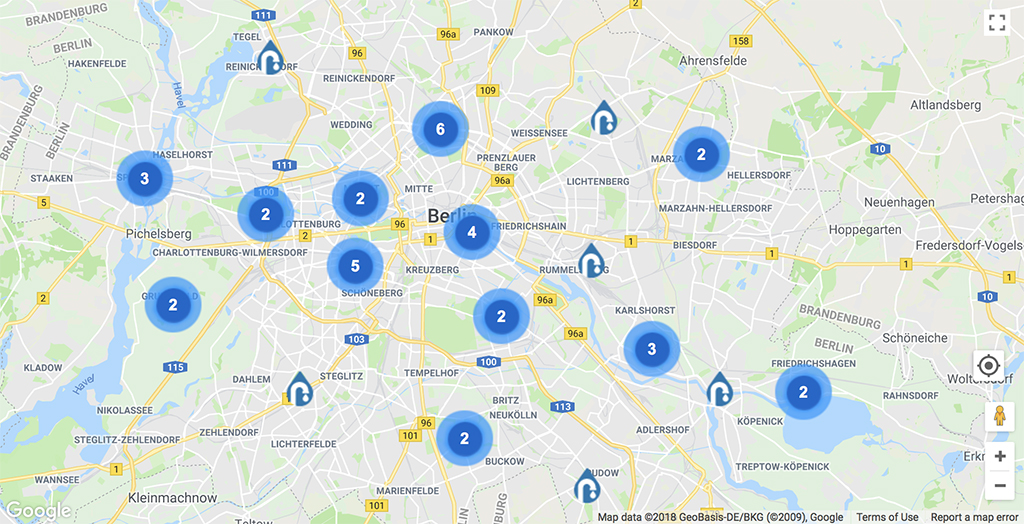 Berlin summers can be as stiflingly hot as its winters are brutally cold so a map of the Berlin drinking fountains, where water is available for free, could come in very handy.

I’m a big fan of a Wegbier to quench my thirst while exploring Berlin and beer in Berlin is generally cheaper than water but on really hot days it’s important to stay properly hydrated. Access to free water is therefore a godsend.

According to the Berliner Wasserbetriebe website where an interactive map of drinking fountains in Berlin is published:

Tap water, the environmentally and climate-friendly alternative to bottled water, is available free of charge in many public places in Berlin. Our drinking fountains are directly connected to the Berlin drinking water network and deliver well-cooled Berlin water from May to October. The water quality is strictly monitored.

I would argue that the 45 public water fountains currently provided doesn’t constitute ‘many public places’ in a city as large as Berlin but the city is set to invest a substantial sum in increasing this number.

On World Water Day 2018 (22 March) Berlin became part of the Blue Community, an initiative that is “committed to treating water as a human right and not as a commodity.” As part of this commitment, the Berlin Senate allocated 1 Million Euros to the Berliner Wasserbetriebe to increase the number of Berlin drinking fountains.

As well as making more water available to thirsty Berliners and tourists it is hoped that providing more drinking fountains will have the side-effect of reducing plastic waste. In conversation with Berliner Morgenpost Silke Gebel, who is leading the project said, “with more water from public fountains Berlin will also save plastic. The mountains of rubbish in our parks will be reduced.”

The cost of installing new fountains varies from location to location but it is estimated that the new funds will mean an extra 100 public drinking fountains in Berlin by the end of 2019. 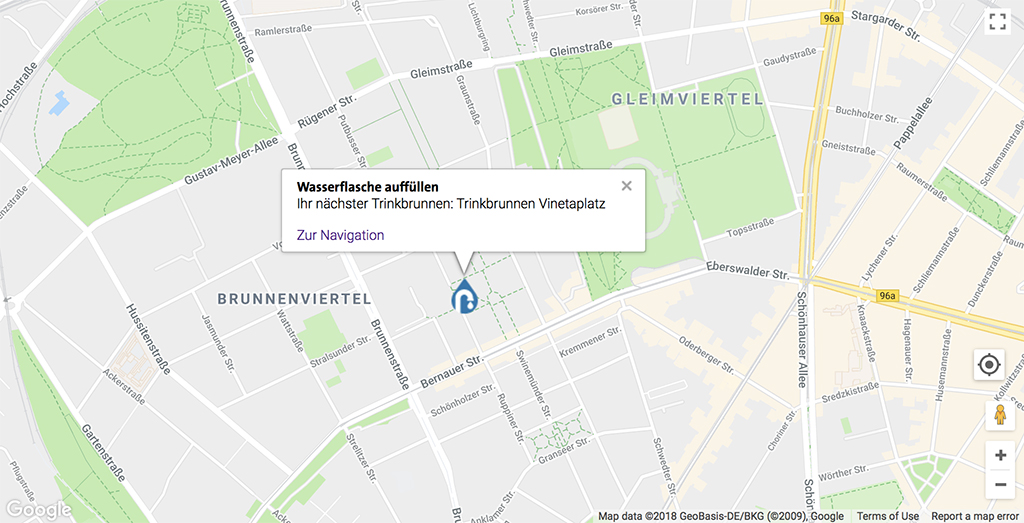 In the meantime you can find the locations of the 45 Berlin drinking fountains currently dispensing free water on this interactive map on the Berliner Wasserbetriebe website.