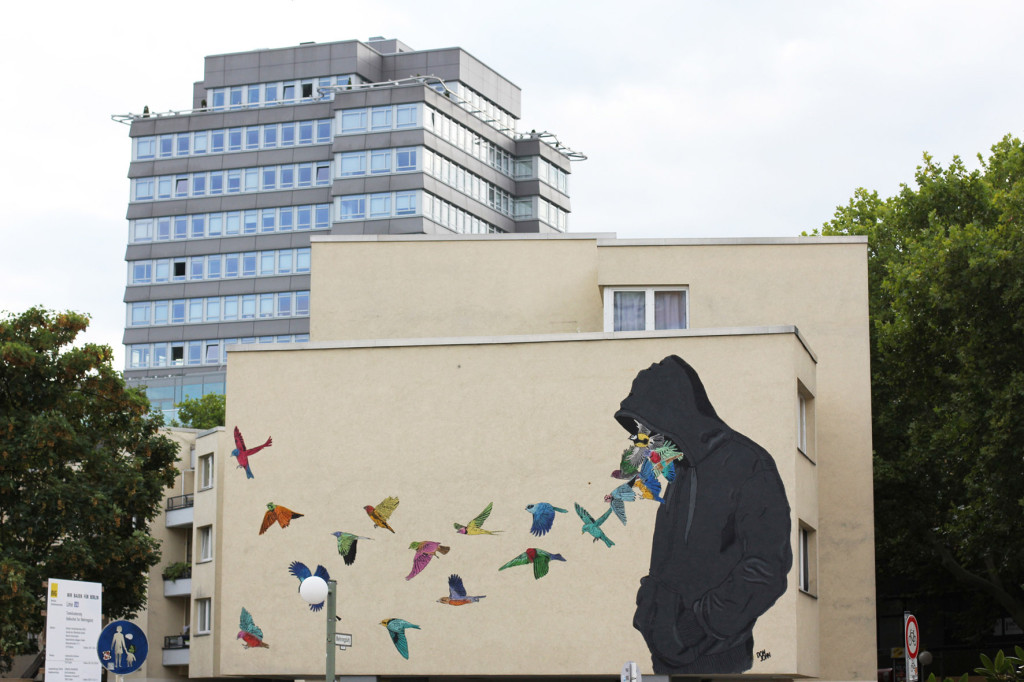 Since I first saw a Wolf Beard stencil from Danish artist Don John, I’ve been hoping to see more of his street art in Berlin so I was particularly excited to hear he had been in town painting a huge mural for the One Wall Project from Urban Nation Berlin.

With One Wall, Urban Nation Berlin is bringing five different artists to the city each year to paint a mural.  The aim is to bring diversity to Berlin’s neighbourhoods and help cement the city’s position as a recognised art destination. 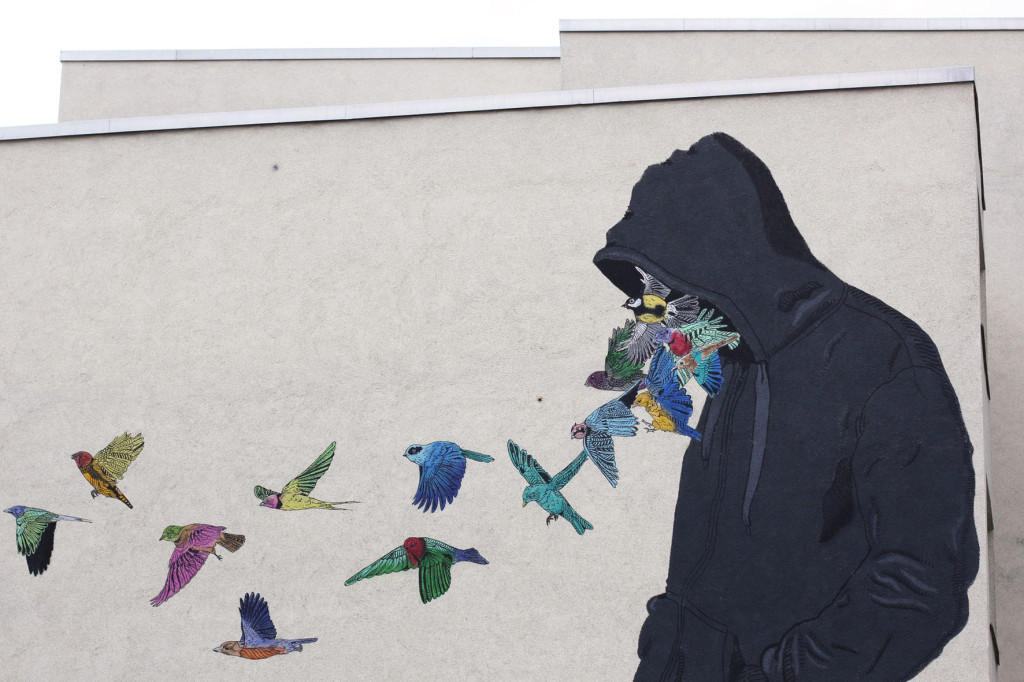 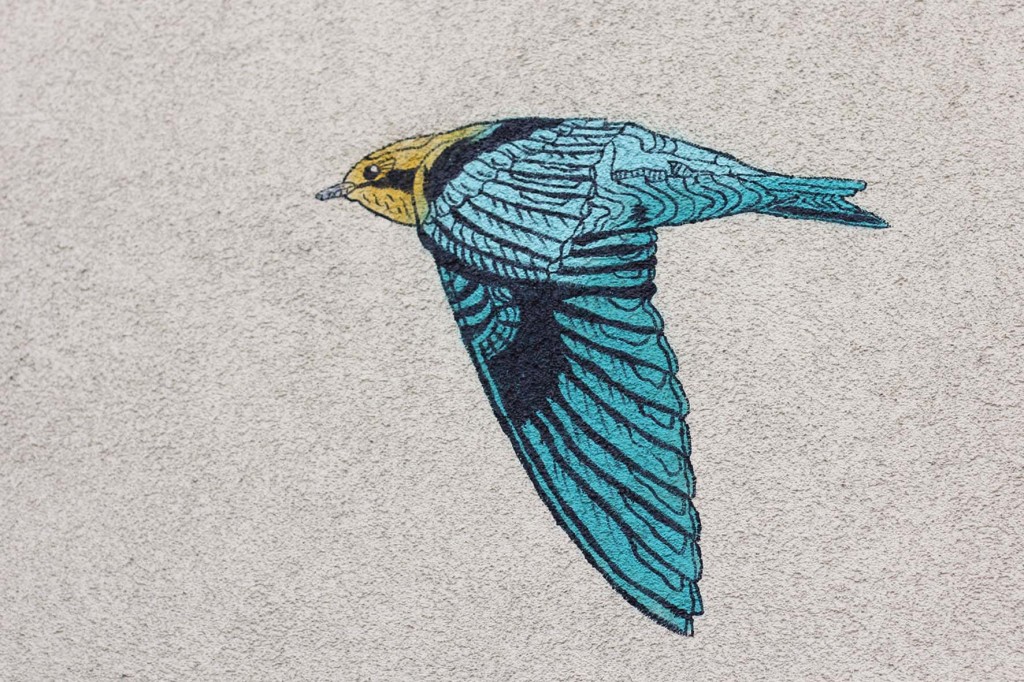 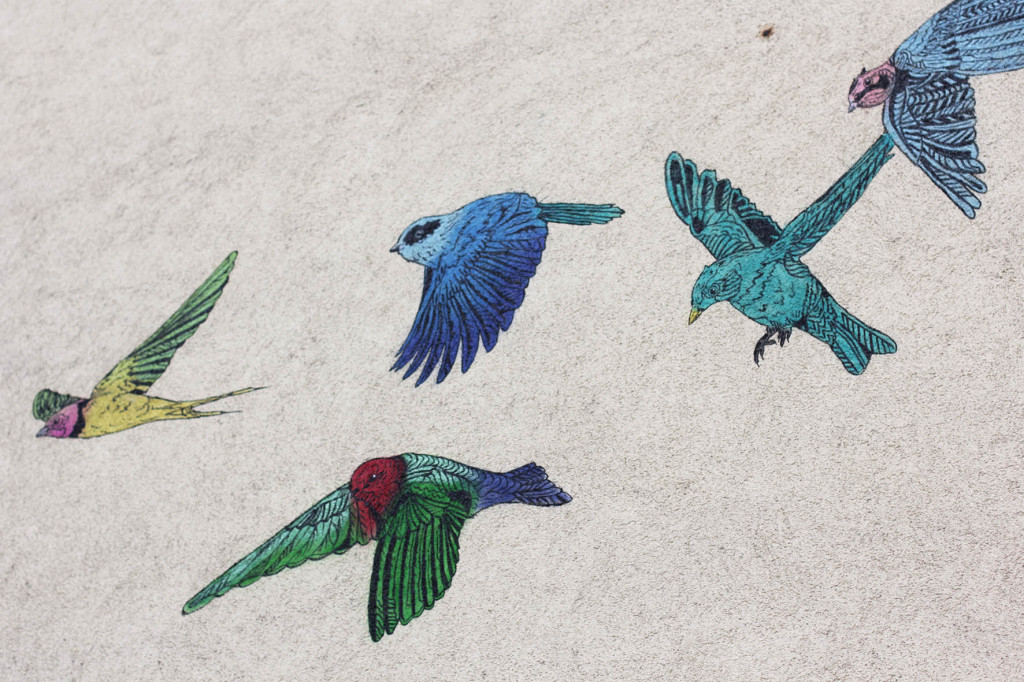 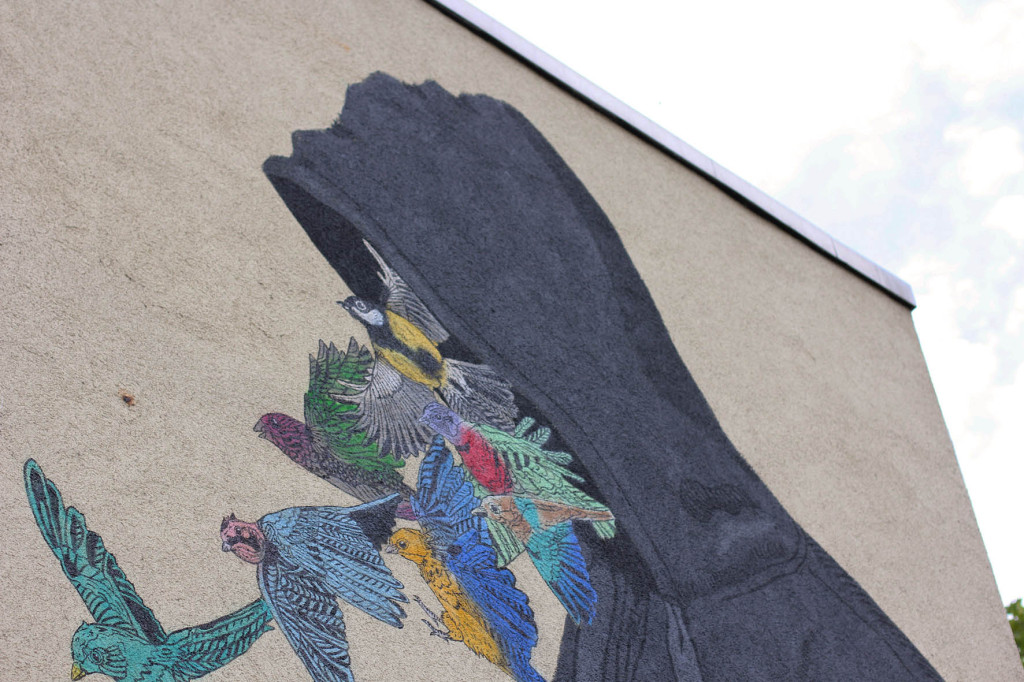 Don John painted his image of a flock of exotic-looking birds flying out of a hoodie’s hood on the side of a building in Mehringplatz back in June of last year.

Shepard Fairey painted the wall opposite a short time later.

If you’d like to know a bit more about Don John have a read of his interview with CFYE and check out more of his street work on his website.

I’d recommend keeping up to date with Urban Nation Berlin via their website, Facebook page or Instagram account for news about future walls, exhibitions and projects.  Who knows, maybe they can persuade Don John to come back to Berlin and bless us with some more first class street art.