A selection of some of the best Street Art Berlin has to offer.  Where they have featured before on andBerlin you can click on the artist’s name for more great work.

German Street Artists Hera and Akut have been working together under the name Herakut since 2004.

‘Monkey See. Monkey Do.’ was painted for the CONS SPACE 002 event, brought to Berlin by Converse, and is part of ‘The Giant Story Book Project’. 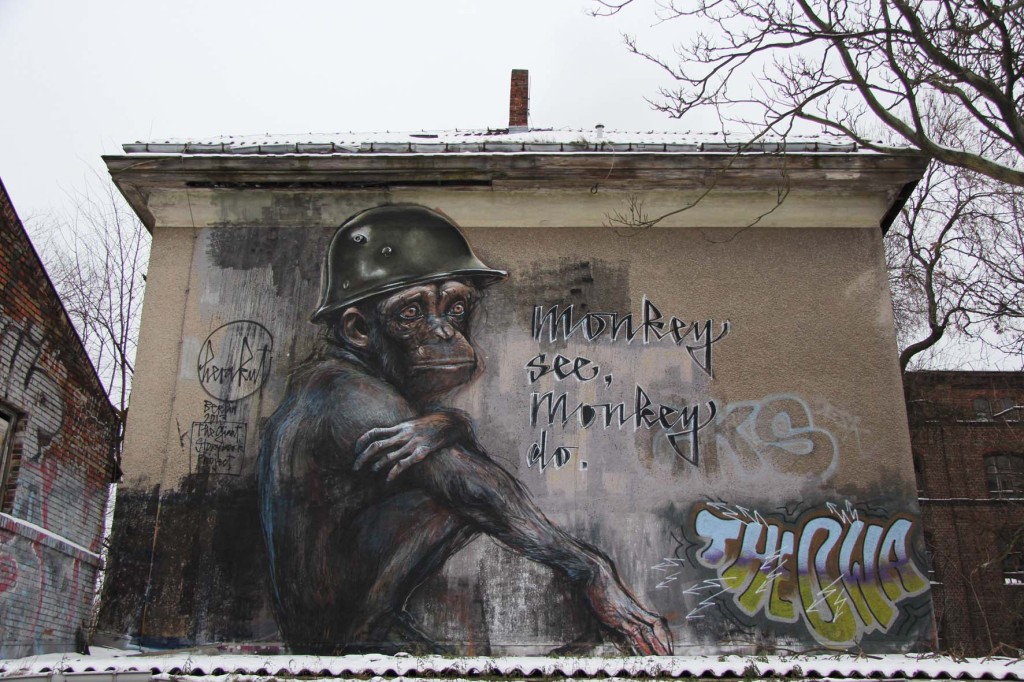 El Bocho must be one of the most prolific Street Artists in Berlin and also one of the most popular. This paste-up from his ‘Citizens’ series only lasted a few days, presumably because some idiot decided to take a souvenir home – as long as Jack’s alright, ey? 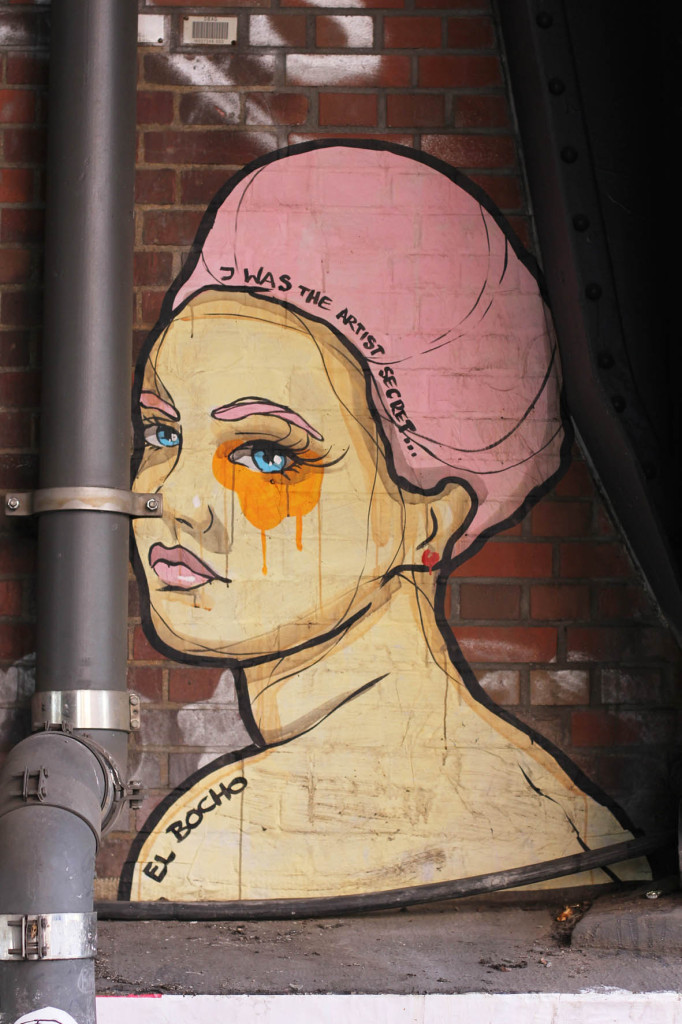 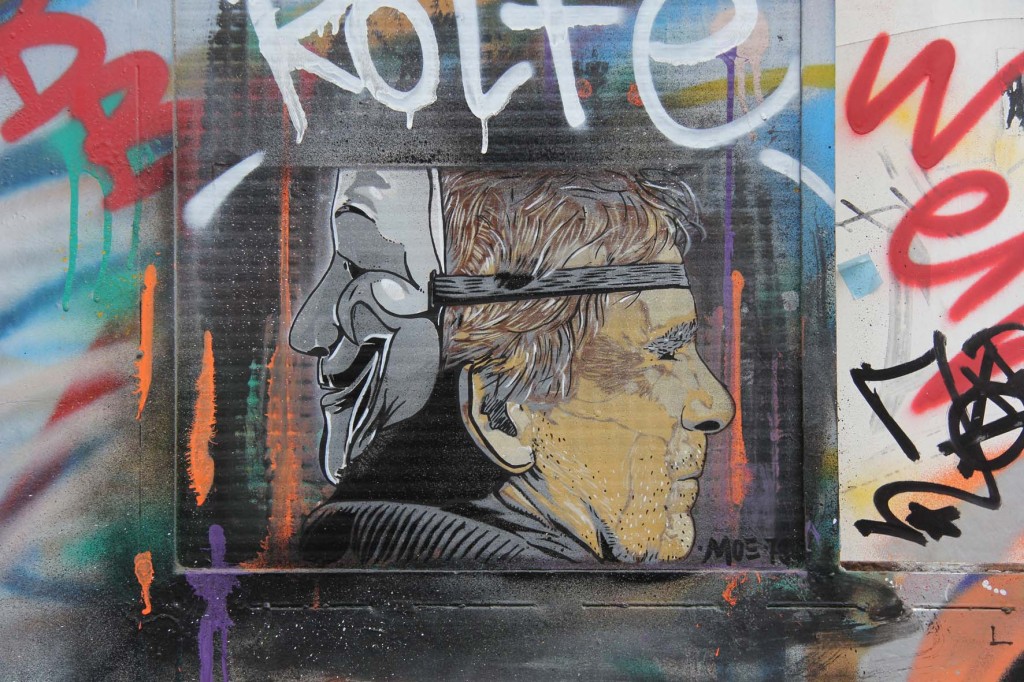 French artist Mimi The ClowN’s work brings a welcome dose of humour to Berlin’s Street Art scene.  His clown paste-ups have been have been poking their red noses in all over the city. 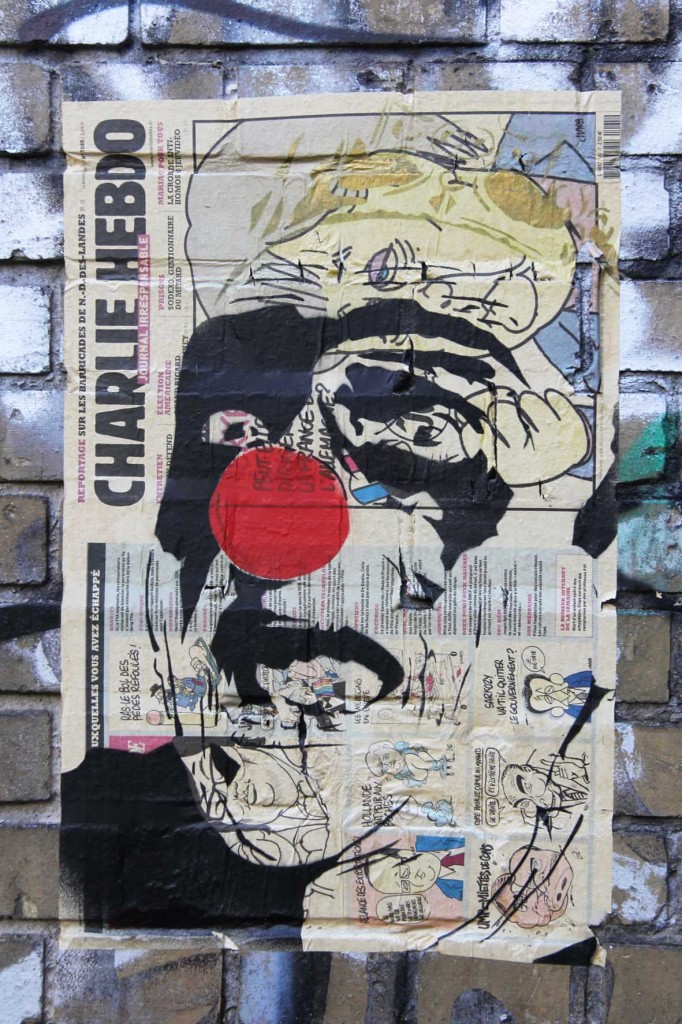 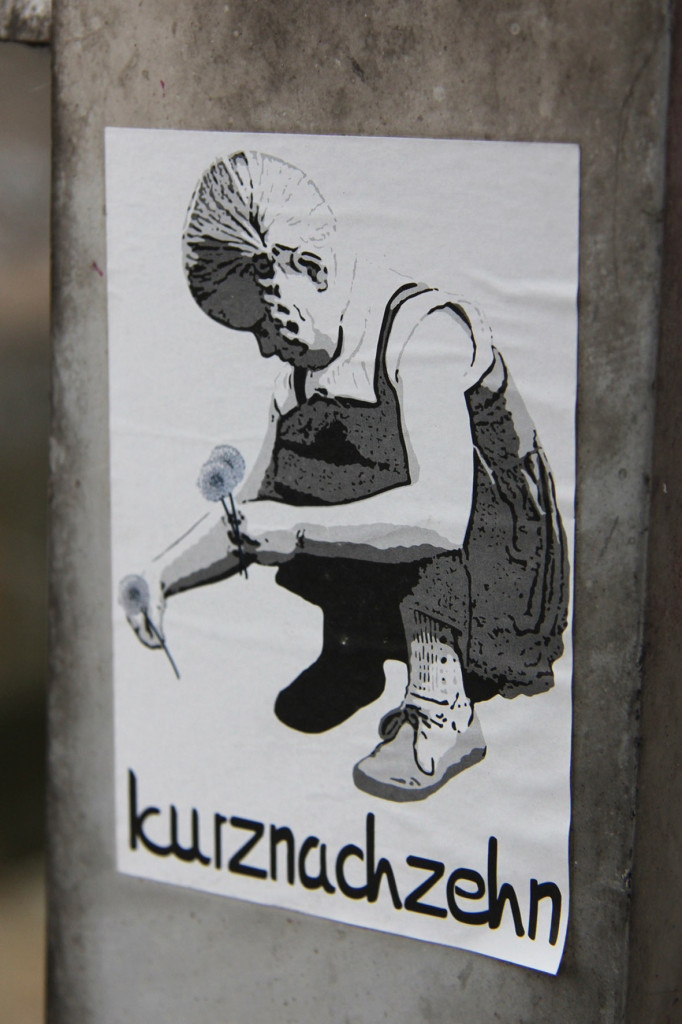 It’s always good to find Street Art pieces that complement each other rather than compete. These three characters from Prost, Dave the Chimp and Käptn seem to be playing out a scene in a Street Art soap opera.

Argentine-born, Berlin-based Street Artist ALANIZ’s style is evolving.  The first pieces I saw from the artist were stencils but recently he has been producing an increasing number of large-scale murals, painted with rollers, like this two-storey Mother and Child in Kreuzberg. 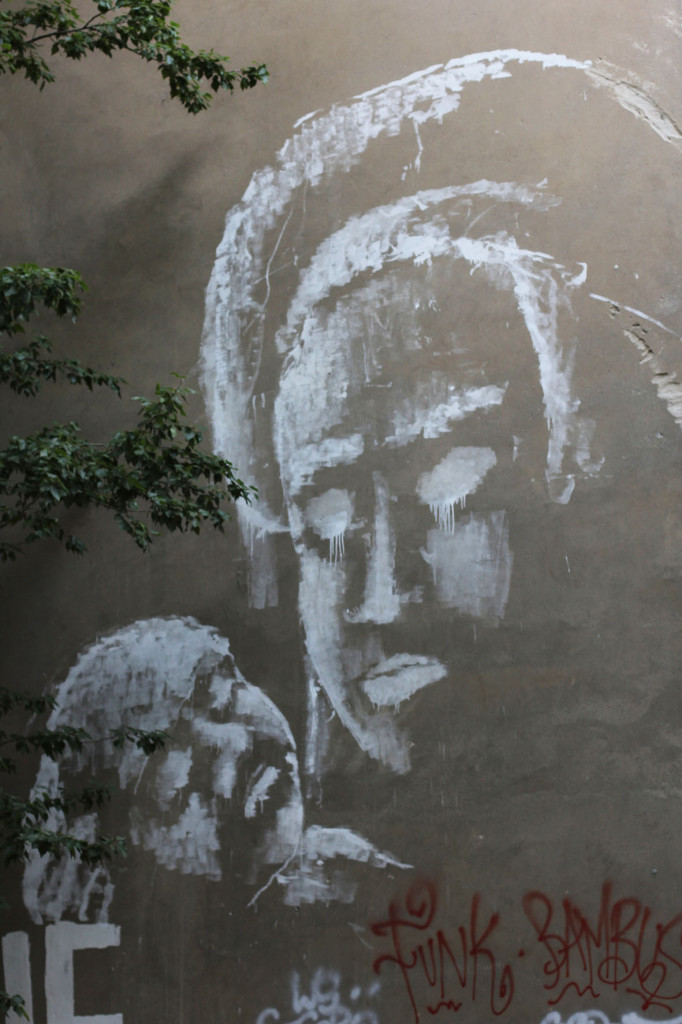 Danish Street Artist TEJN creates sculptures from salvaged Iron found on the streets.  A number of pieces from his ‘Locked On’ project have popped up around Berlin including this huge character, which seems to me like it may be a Norse god, a larger version of a previous sculpture on Kastanianallee. 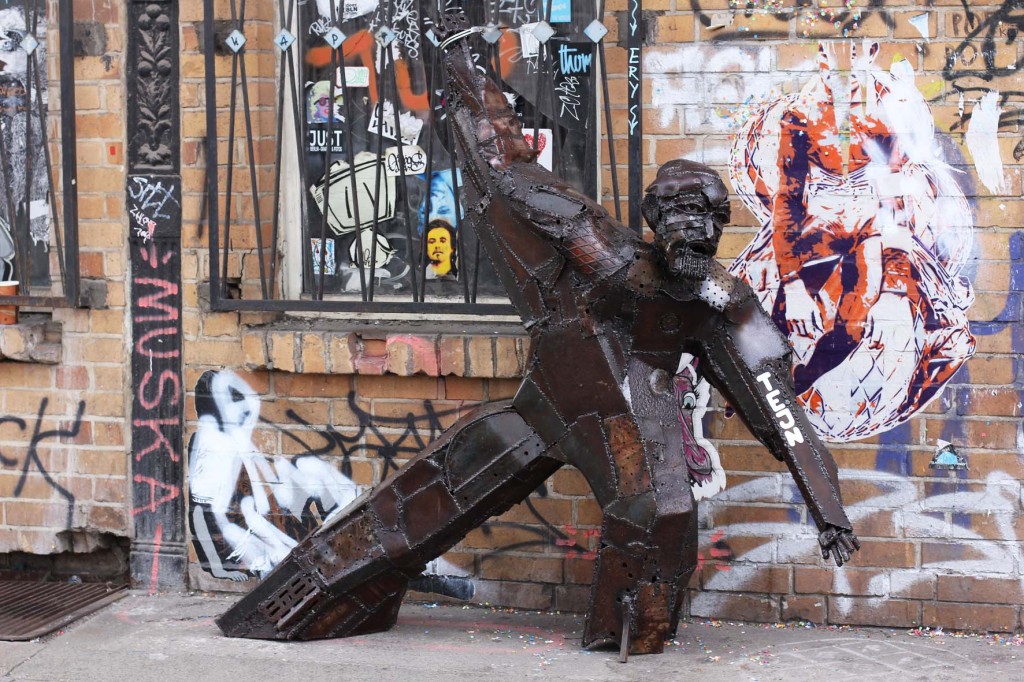 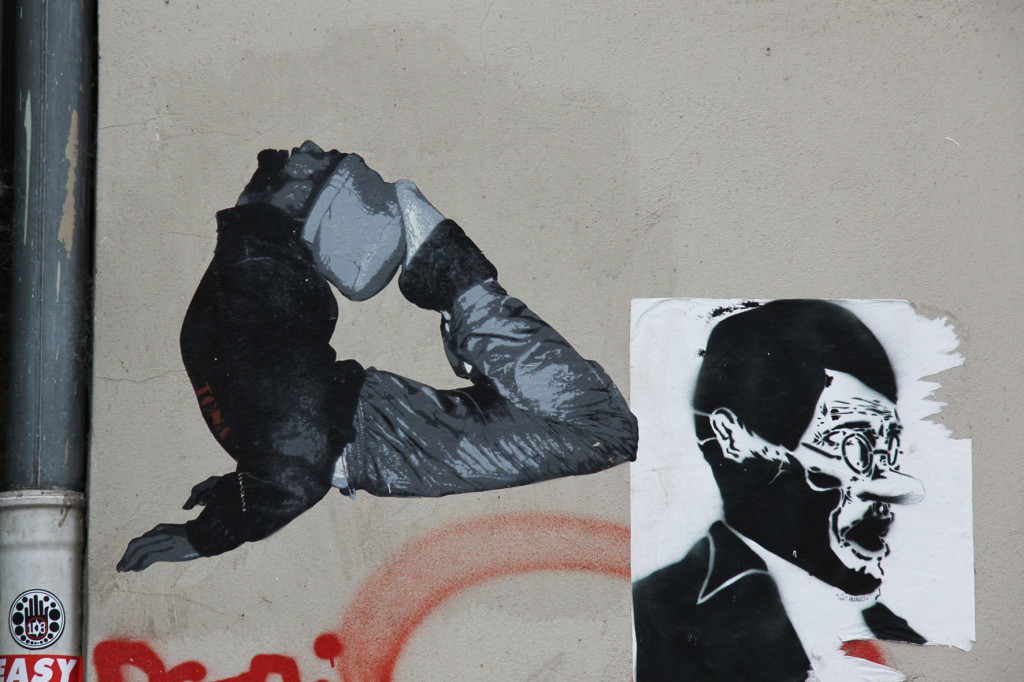 If anyone has any information about who created any of these pieces, please let me know in the comments. I’d love to give the proper credit. 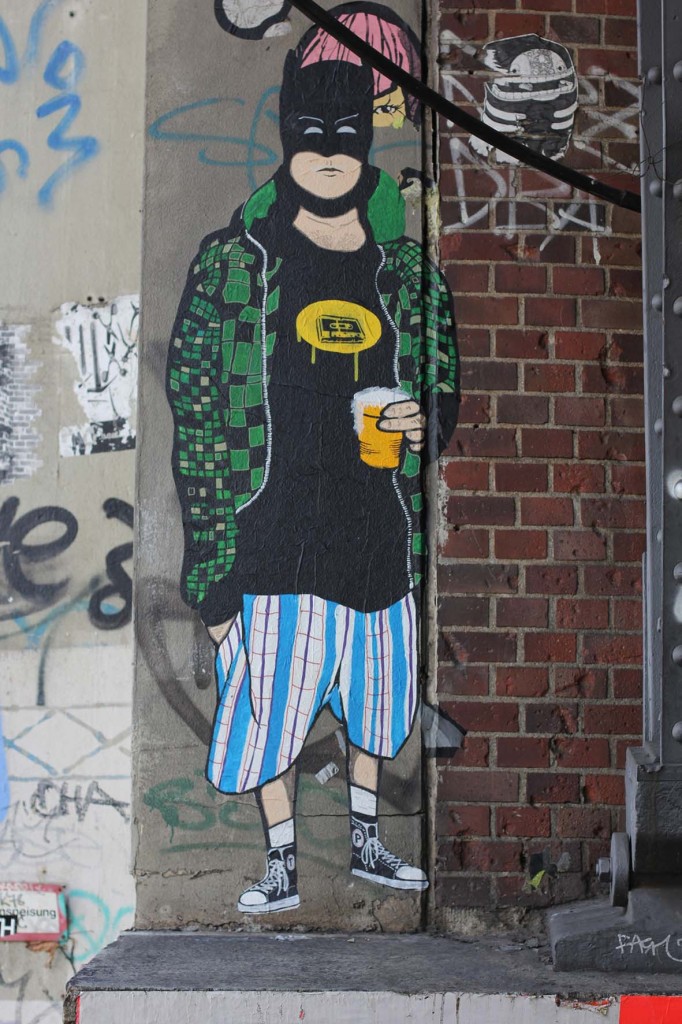 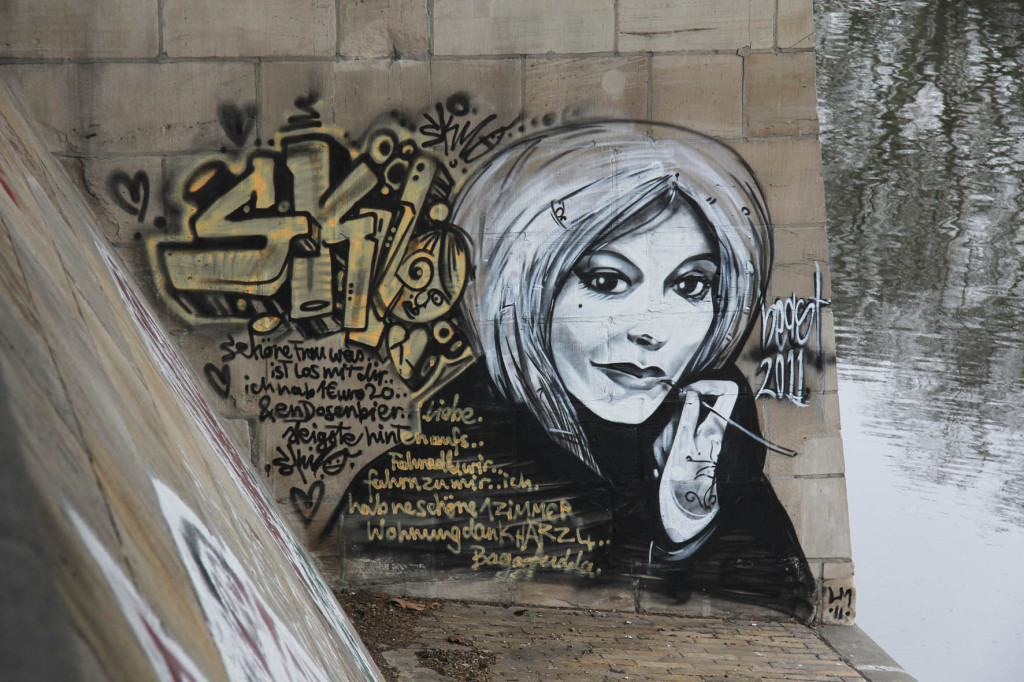 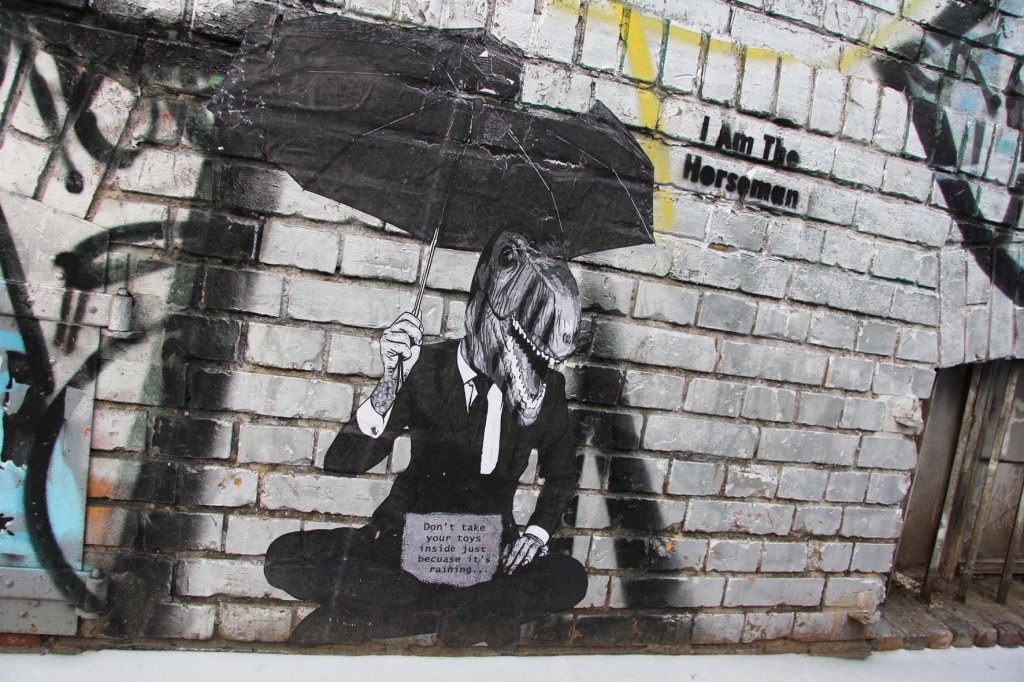