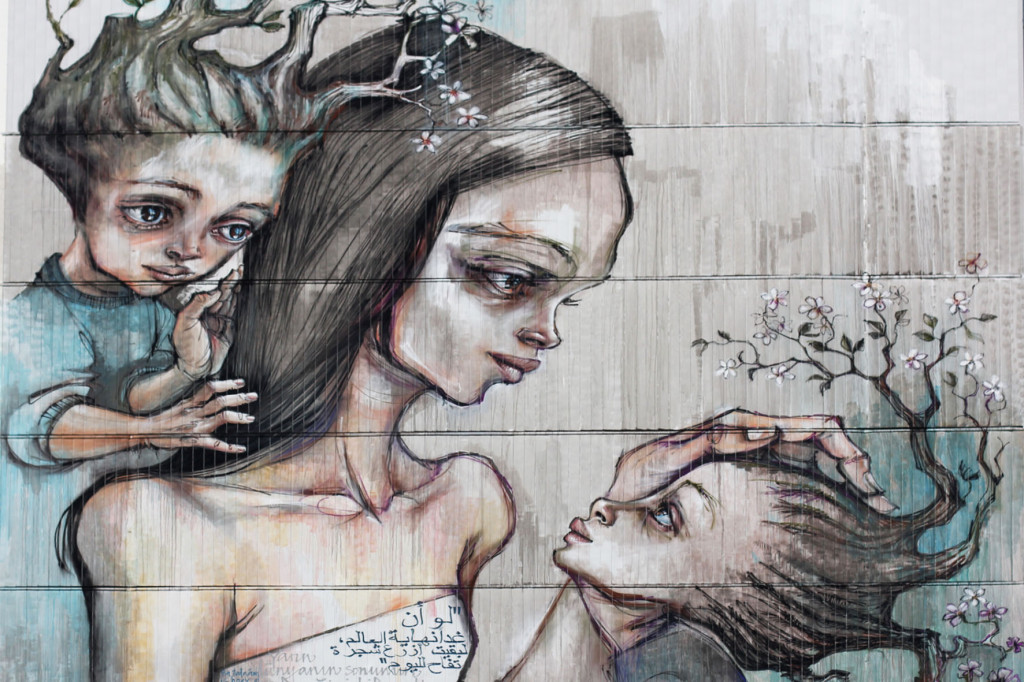 Last month street art duo Hera and Akut, who collectively make up Herakut were back in Berlin to paint a huge mural on the side of a building on Greifswalder Straße.

Prior to painting the mural, the duo contacted their fans through their Facebook page to request translations for the quote from German reformist Martin Luther: ‘If I knew the world ended tomorrow, I would still plant an apple tree today’, and included 20 different languages in the finished painting. 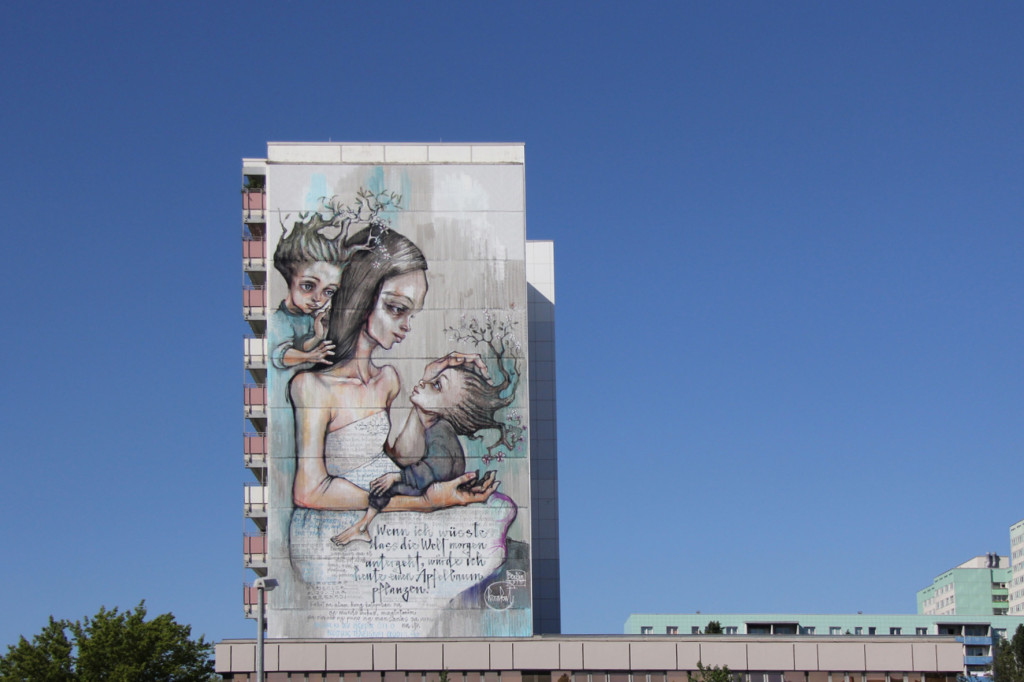 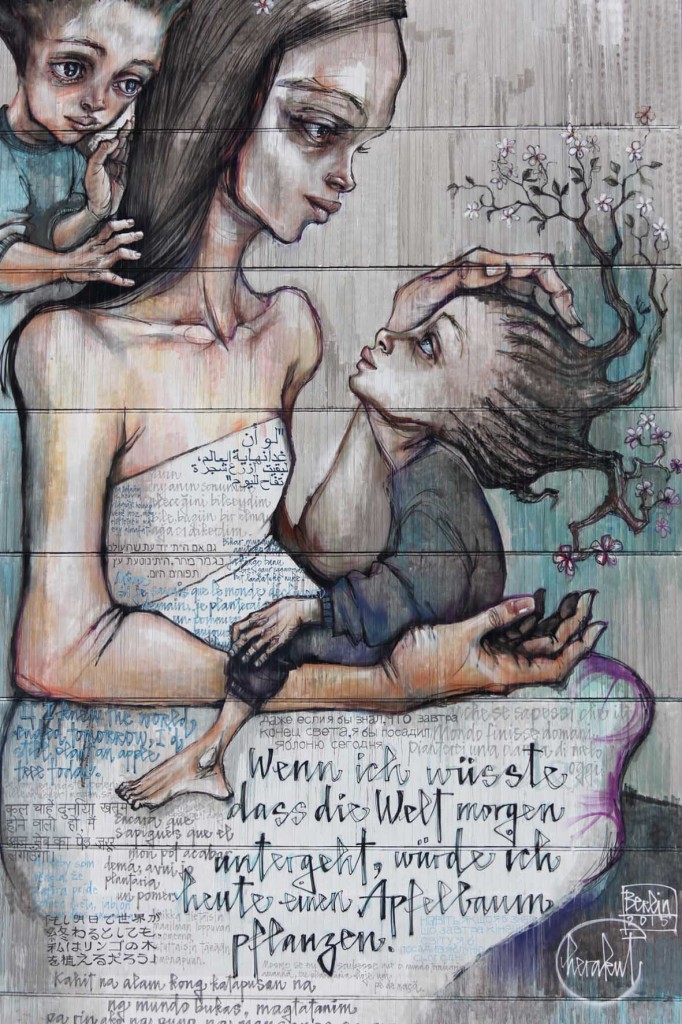 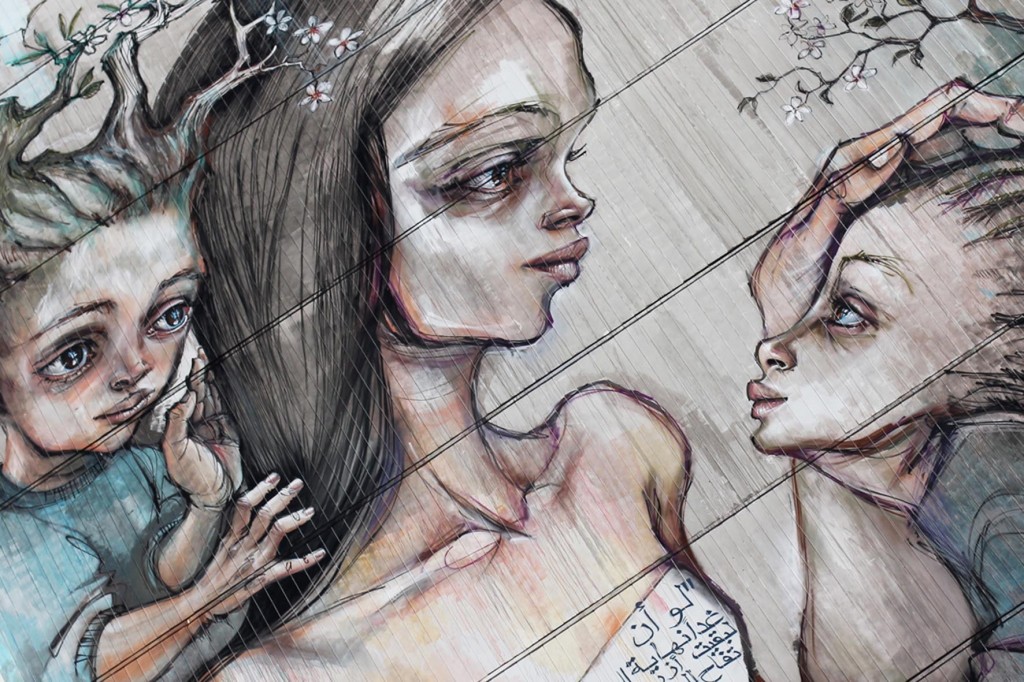 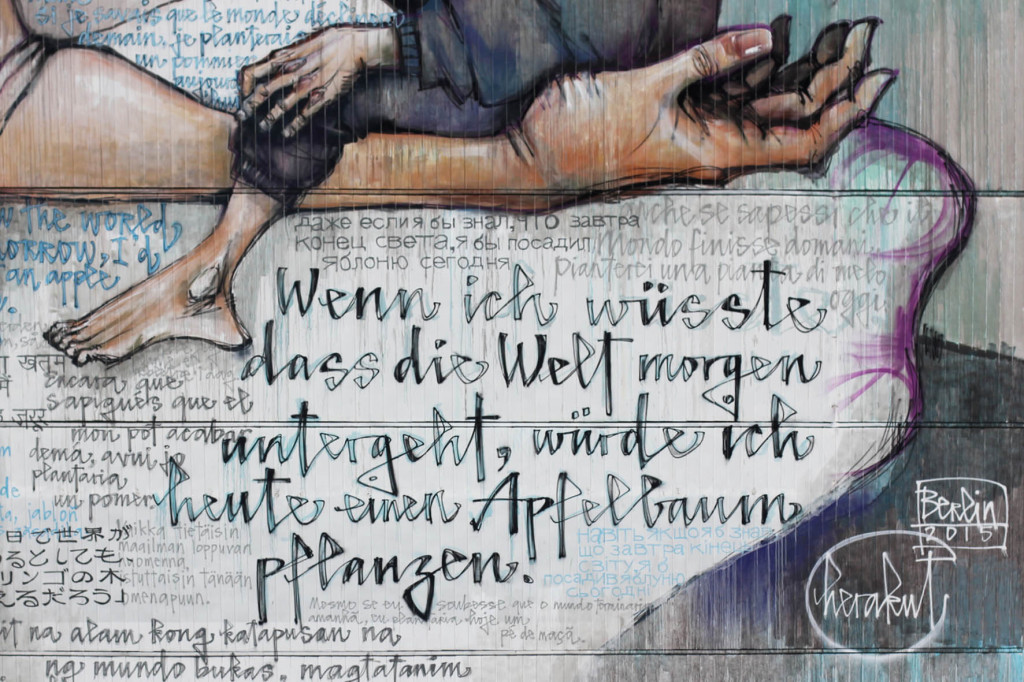 You can see plenty of photos of the new Berlin mural in progress on the Herakut website.