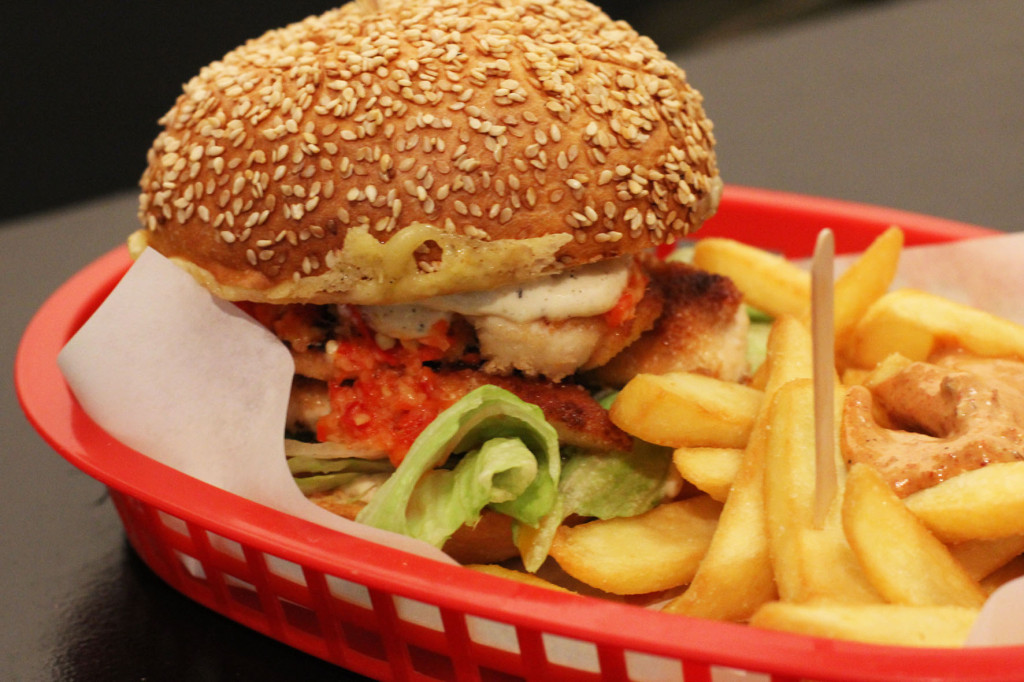 One of the most common complaints amongst newcomers to Berlin is a lack of spicy food options.  With the opening of Piri’s Chicken Burgers on Wiener Strasse in Kreuzberg, chilli-lovers now have one more go to destination to feel the burn.

Piri Piri (or Peri Peri) is a spicy sauce, Portuguese in origin, and a favourite of Jordi and Jules, the brains behind Piri’s Chicken Burgers. 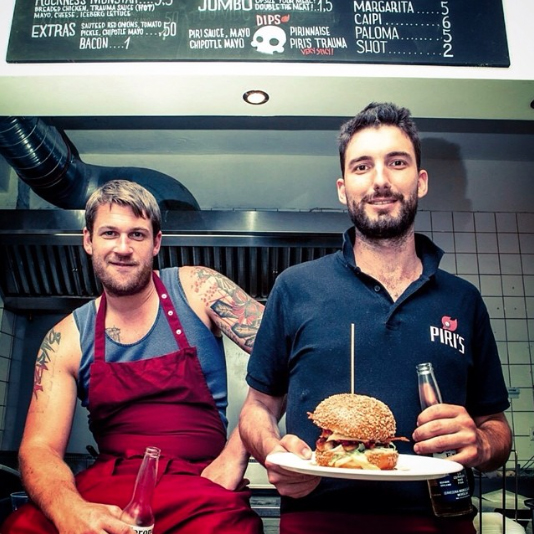 The pair are school friends from Sydney, where, Jordi tells me, Portuguese restaurants are commonplace thanks to an established immigrant population.

When Jordi came to Berlin he spotted a gap in the market.  “There weren’t really any places selling Piri Piri chicken here”, he says, “and we realised if we wanted to eat it, we’d have to make it ourselves”.

His business partner Jules, who has been in Berlin for the last 8 years is no stranger to the restaurant scene here, having opened the popular Mexican restaurants Santa Maria, Maria Bonita (now run by one of his former business partners, Trey Wright) and Maria Peligro (which has since closed).

Piri’s Chicken Burgers debuted at Burgers n Hip Hop in January, where Jules’s efforts, cooking burgers in the snow were rewarded with a second place in the ‘best burgers’ voting.

There was some fine-tuning in March at the rain-affected St Patrick’s Day parade and the Kreuzberg location finally opened its doors on the last weekend in May.

Getting the restaurant ready for opening, Jordi explains took a little longer than expected – there was a bit more work to be done to get the kitchen ship-shape than first hoped. 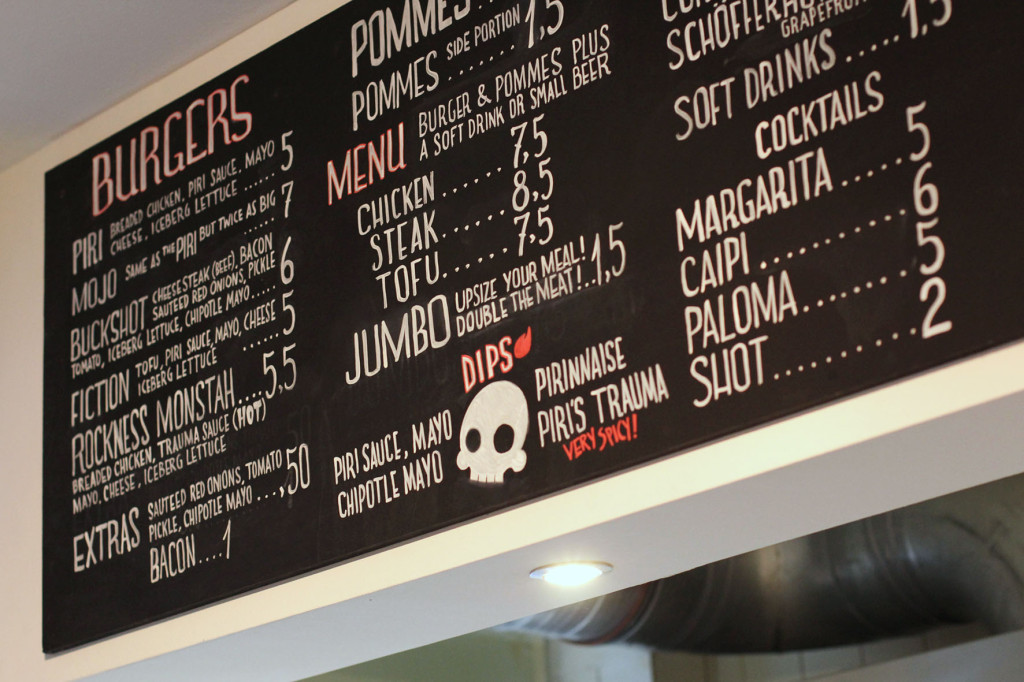 The menu is limited to five burger options: The Priri, a breaded chicken burger; The Mojo, ‘same as the Piri but twice as big’; The Buckshot, with cheese steak; The Fiction, a Tofu option for vegetarians; and The Rockness Monstah, with Piri’s extra spicy Trauma sauce.

The buns are bought in from Schiller Burger.  “We could buy cheaper”, Jordi says, “but they’re the best in Berlin.  We want to give people food that they’re going to come back for”.

And the food here certainly is worth coming back for. 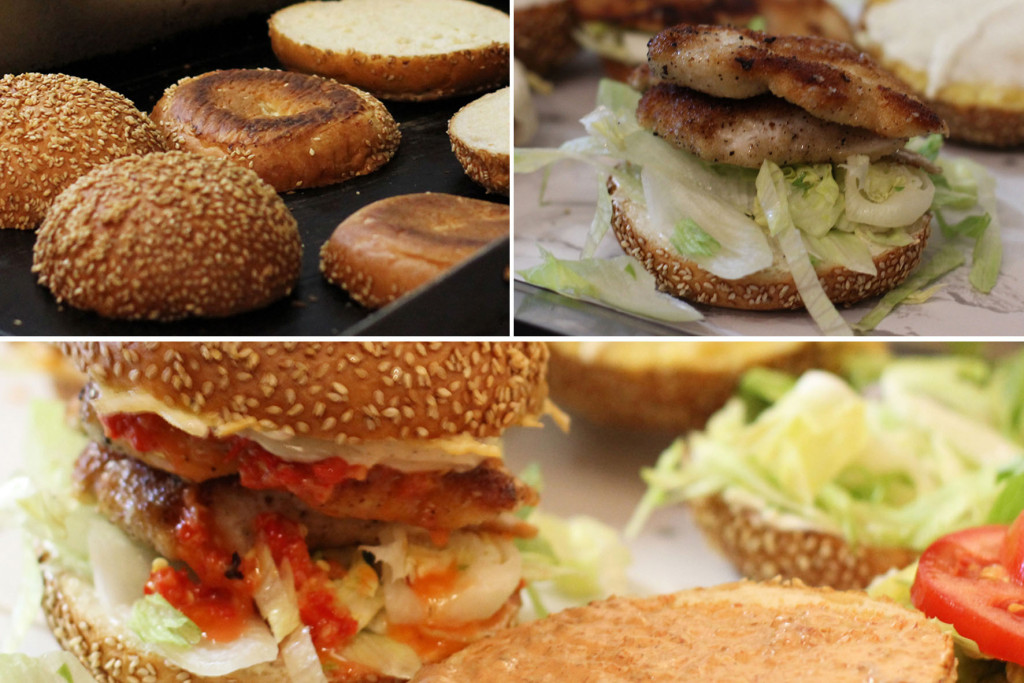 Cooking and Assembling a Piri Burger 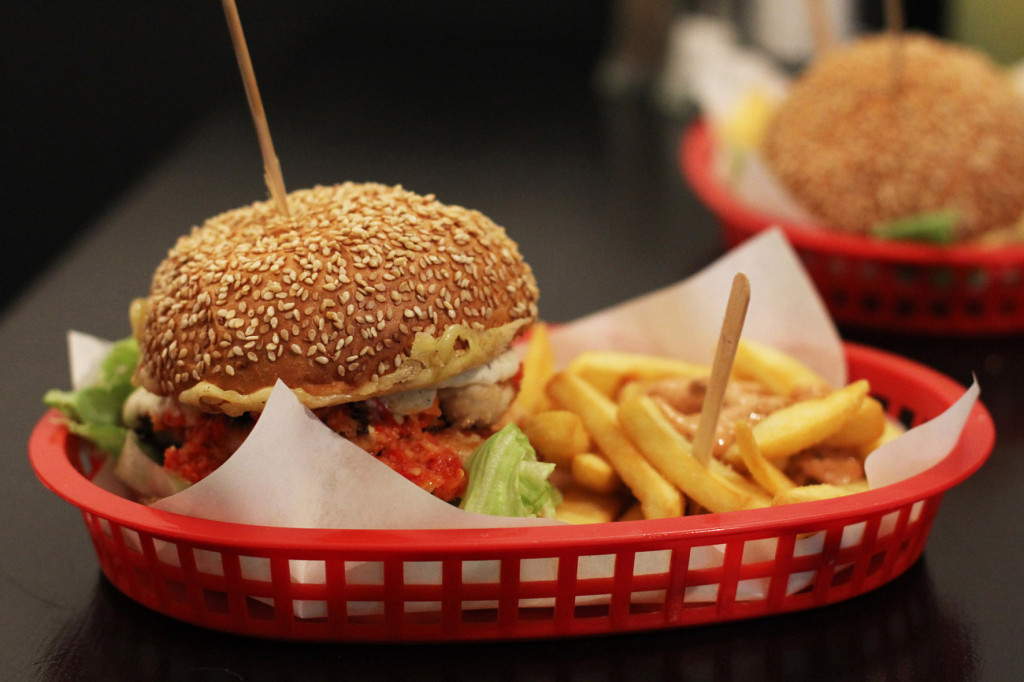 The Piri burger is a mountain of breaded chicken with Piri sauce, mayonnaise, cheese and iceberg lettuce, €5 on its own, or €7.50 as a menu with a side of Pommes and a soft drink or a small beer.

The chicken is succulent breast meat and the piri sauce has the right level of spice to make things interesting without setting your mouth on fire. 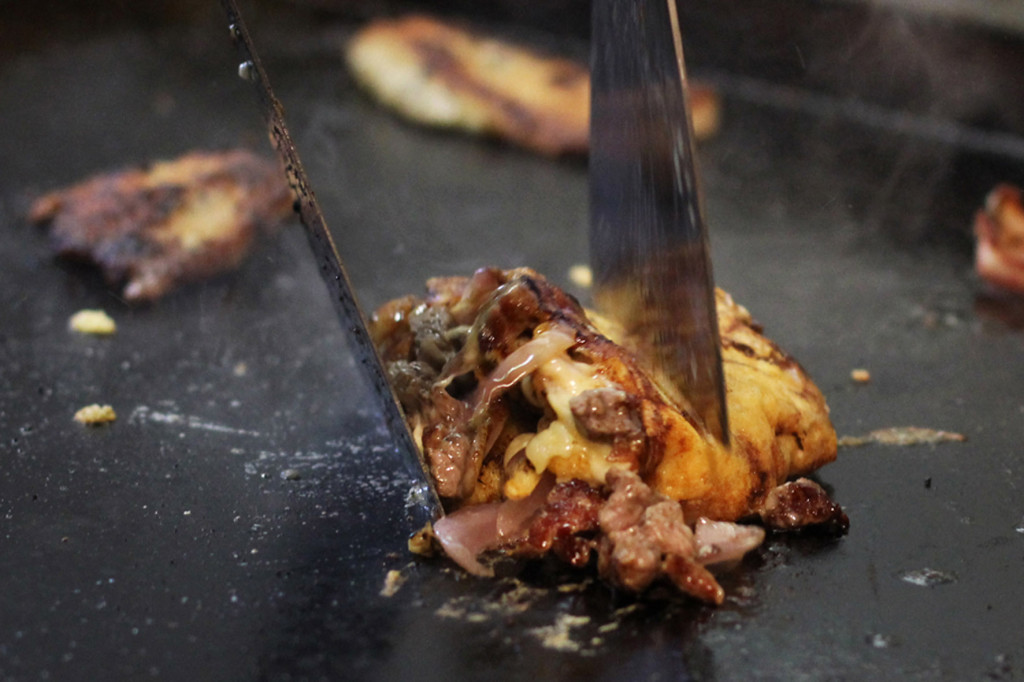 Cheese Steak on the Grill 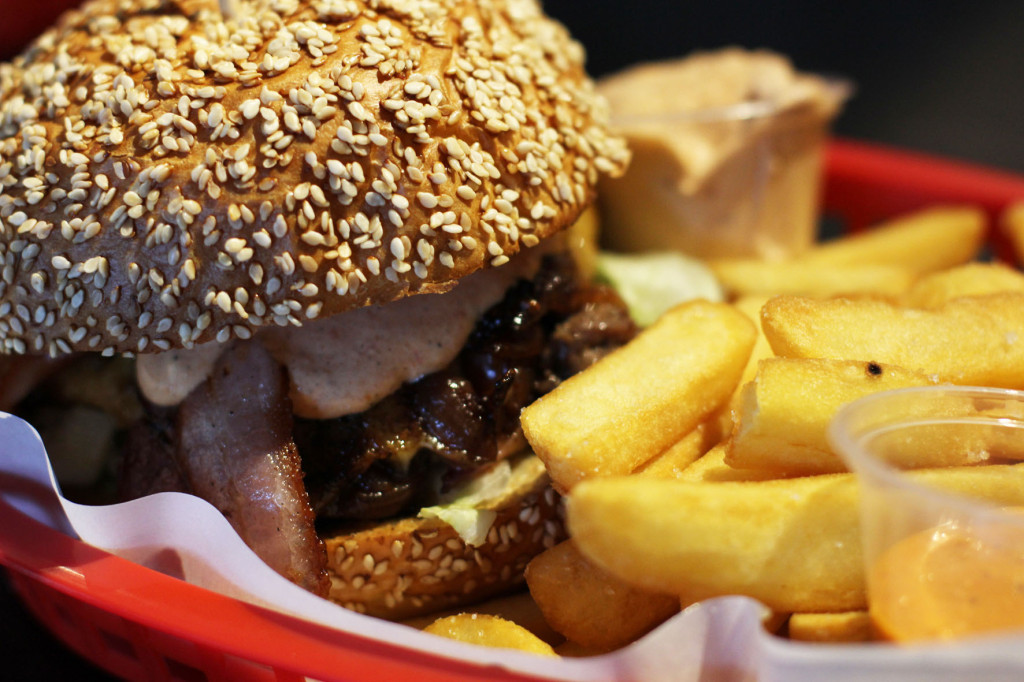 The star of the show for me though is The Buckshot, chopped steak and cheese with bacon, sautéed red onions, pickle, tomato, iceberg lettuce and Chipotle mayonnaise €6 and €8.50 for the menu.

When I ask for the Trauma sauce on my Pommes, Jules warns me that it’s really spicy (he’s not wrong).  It’s tasty but certainly only to be eaten in moderation.  My advice: dip a chip and give it a go.  In this case, if you go big you probably will go home.

For me, the Pommes are the one element where there is room for improvement.  They’re OK but no better than that – homemade fries or sweet potato fries would take things to the next level. 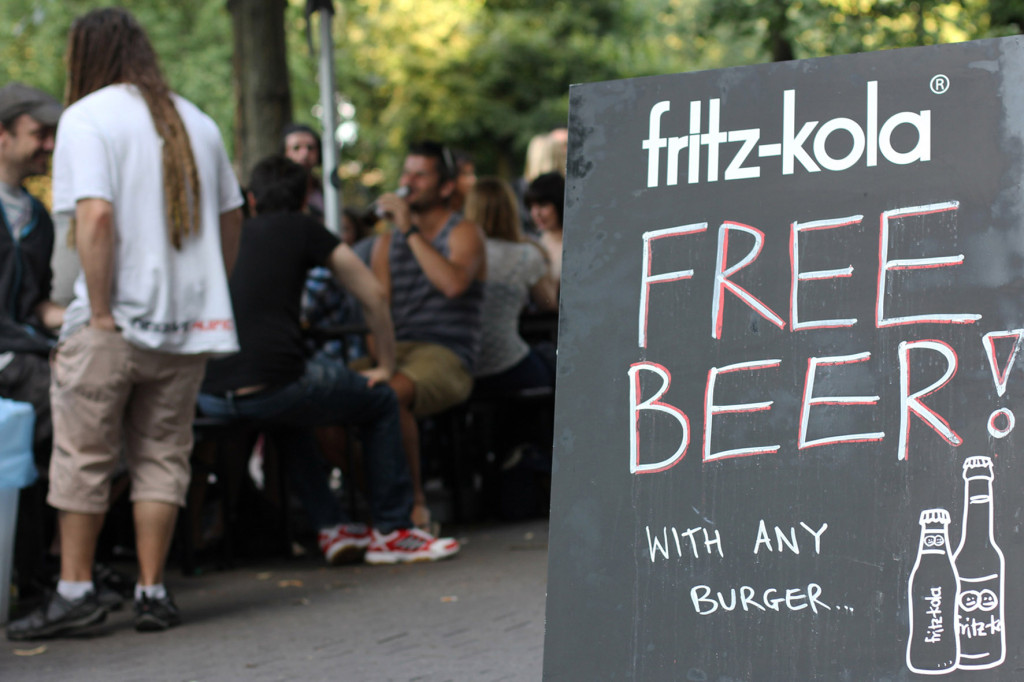 It is no surprise to me when Jordi tells me that feedback for the food has been on the whole positive “though some people have complained that they weren’t warned about the spiciness of the dishes. Have you seen our logo?  It’s a skull on a chilli with flames.  What do people expect?” 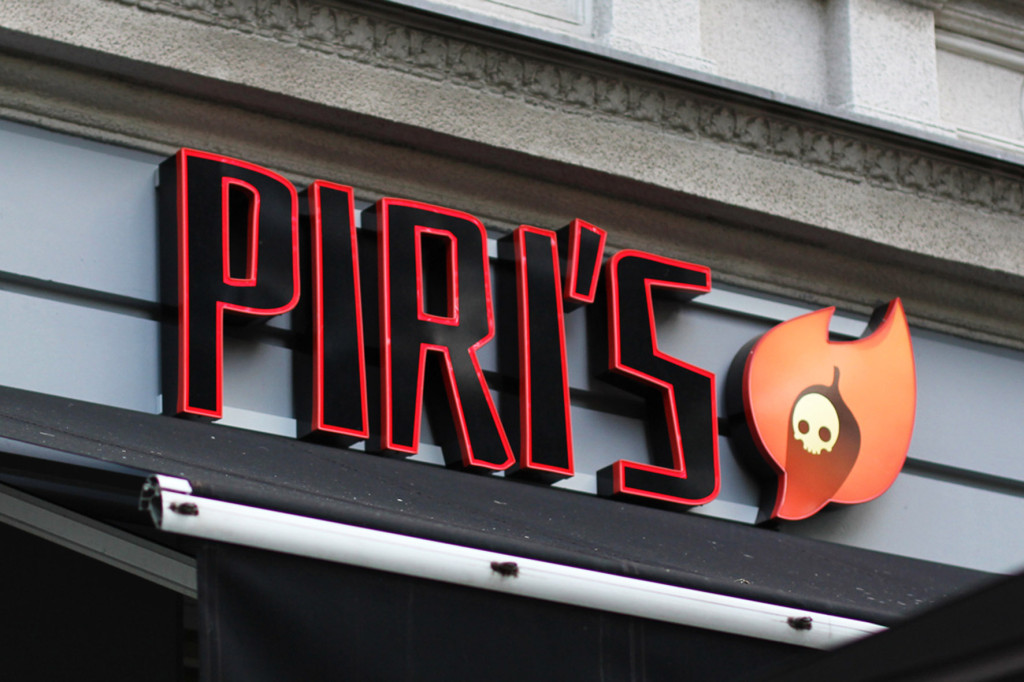 Piri’s Chicken Burgers is a welcome addition to what is already a bewildering choice of burger options in Berlin.  The fiery sauces won’t suit everyone but if you would like a milder version, just ask – the guys will be happy to accommodate you.