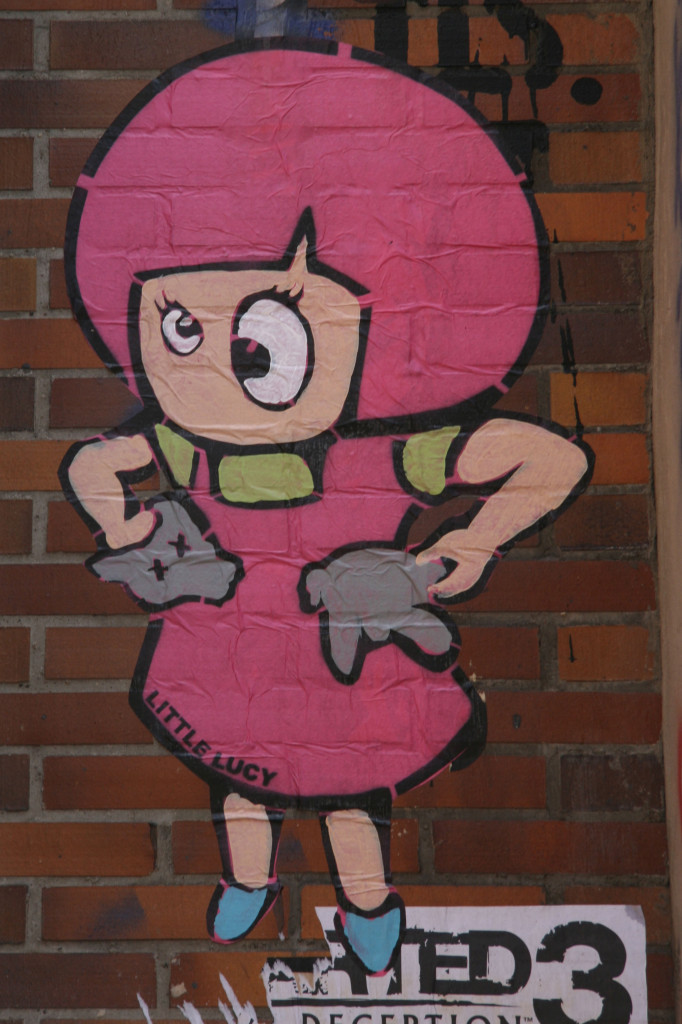 Walking between Hackescher Markt and Alexanderplatz this afternoon I came across some new paste-ups by Berlin-based street artist, El Bocho.

El Bocho has been putting up work on the streets of Berlin since 1997 and anyone who has wandered around central Berlin is sure to have seen some of his art.

His most recognisable character is Little Lucy, a cute looking cat hater.  Her ‘butter wouldn’t melt’ (and boss-eyed) appearance belies the fact that she is always dreaming up inventive ways to torture or kill Kitti.  Often, Kitti is seen suffering or dead nearby.

Head and shoulders portraits of young women (his Citizen series) also feature heavily in his work.

I miss my Plattenbau…

Have to wash off the city colours…

This last piece is the first time I remember seeing an El Bocho that isn’t brightly coloured.

I have featured a number of El Bochos in previous posts and in my Street Art galleries but having seen four new pieces on one day, I thought it was time he got a post of his own.

You can see more El Bocho work on his website.  Or better still, come to Berlin and see it on the streets for yourself.

8 Responses to El Bocho on the streets of Berlin