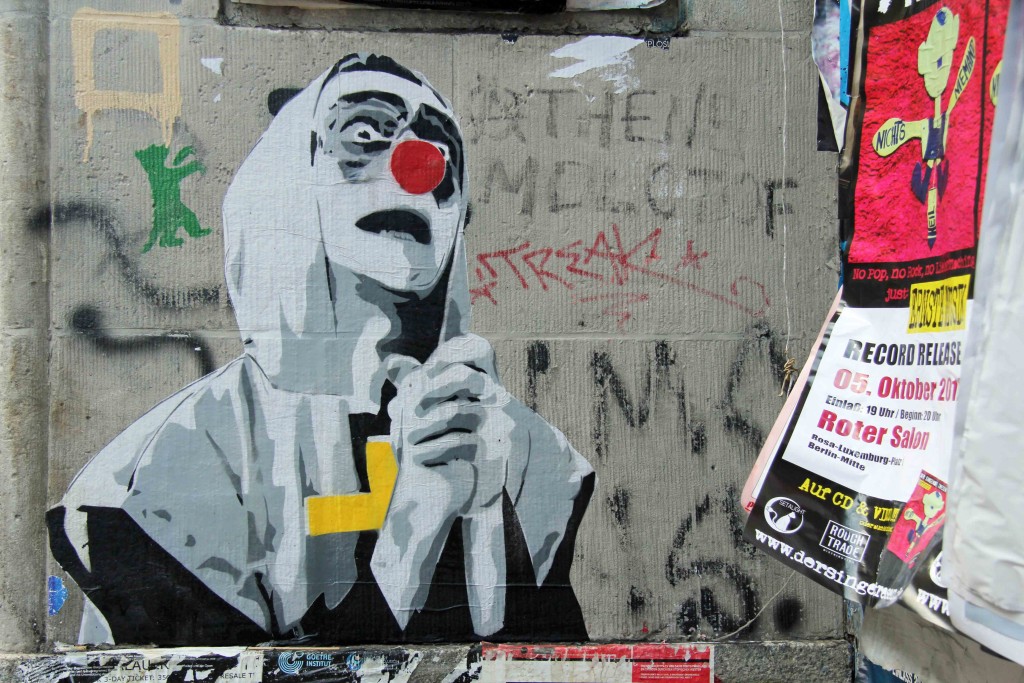 I saw a number of Street Art pieces by MIMI The ClowN in Berlin recently on Oranienstrasse during a wander around Kreuzberg.

I love the humour in the stencils with a predominantly black, white and red colour scheme. 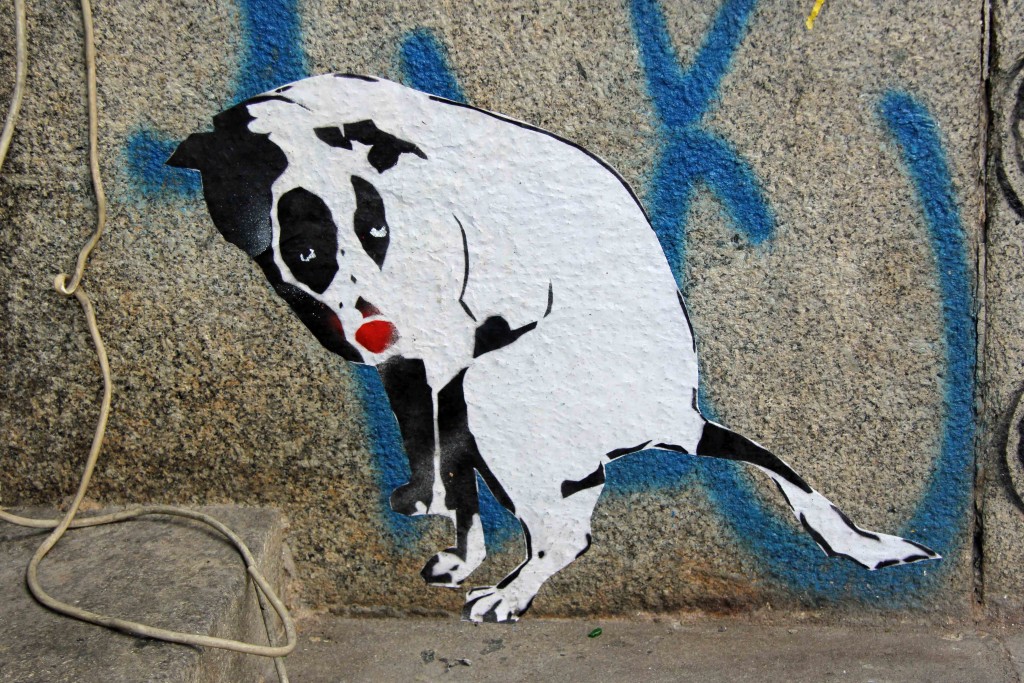 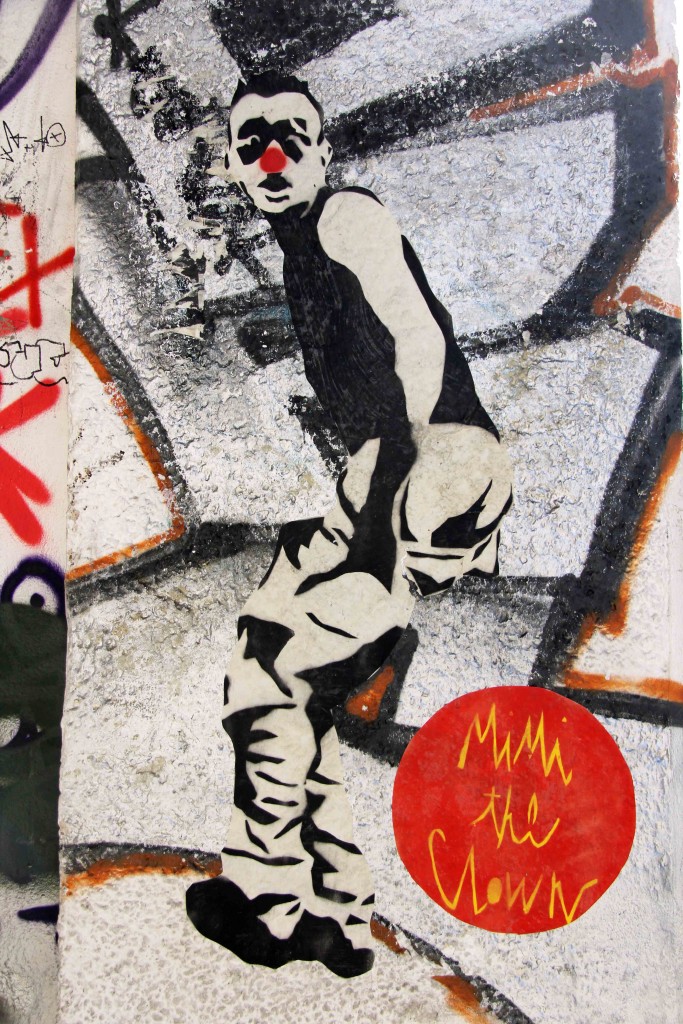 Unlike the rest of the pieces shown here, this last stencil was seen at the start of the year in Mitte and was the first time I became aware of MIMI The ClowN.  The photo was included in my Street Art – Jan 2012 gallery. 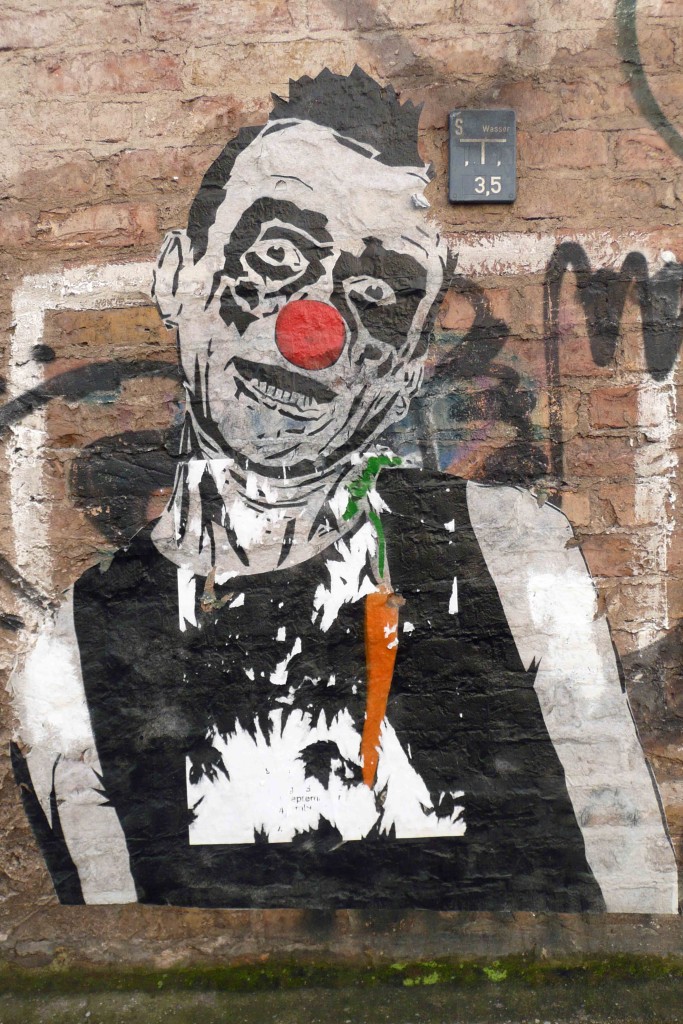 This biography from his Facebook page, translated with the help of Google Translate (if any French speakers can point out any mistakes I’d be grateful) gives some insight into the artist’s motives:

Mimi the Clown, a French artist born in 1974, is the inventor of modern graffiti and was proclaimed ‘King of Graffiti’ by the Minister of Culture, whom he met at a festival in 2010.

A committed artist and provocateur he has repeatedly denounced the hypocrisy of those who govern us, the pervading sadness and a society of consumerism in which man finds himself enslaved, aware of his situation but caught in an endless loop.

Like all the other clowns he stands at every election and draws his energy from the younger generations for whom he often intervenes.

His influences extend through rock n roll to the circus arts.  His incisive stencils, mixing humour and politics are now known all over the world, and beyond, with numerous exhibitions and auctions dedicated to street art.

You can see more of MIMI The ClowN on his Facebook page, website and Flickr stream.  I hope to see more of his humorous Street Art in Berlin soon.

Stolpersteine 143-145
Berlin Sessions: Phoebe Killdeer and the Short Straws – The Fade Out Line

4 Responses to MIMI The ClowN in Berlin