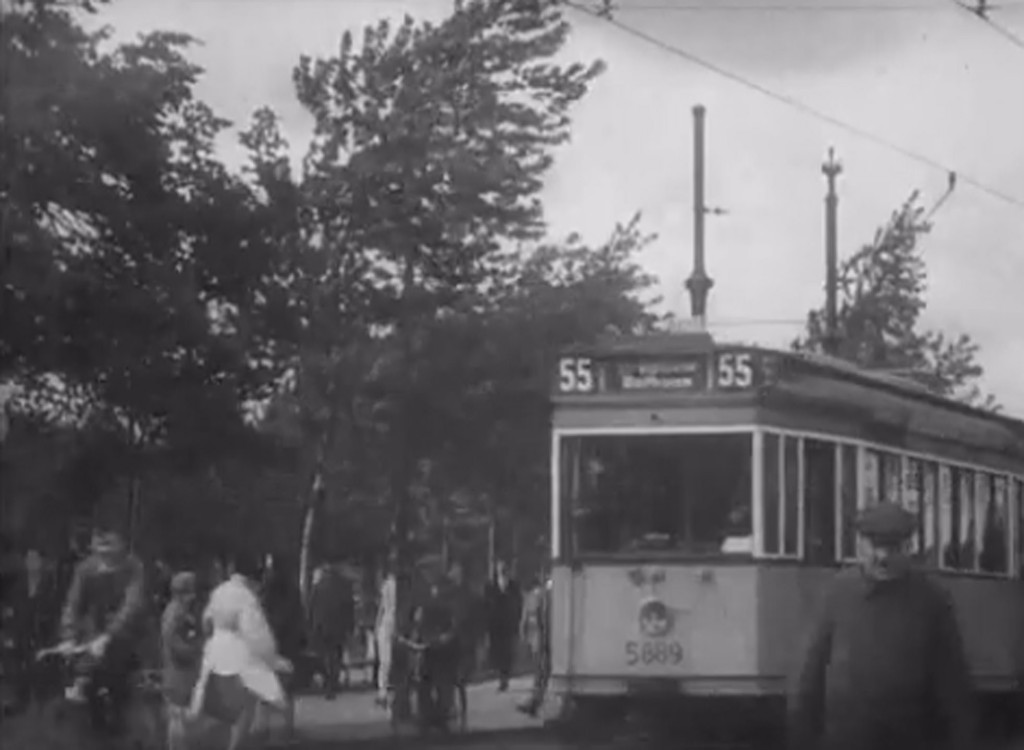 The twentieth century was not kind to Berlin – war, economic depression, Nazism, division and re-unification all left their mark.

Twentieth Century Berlin on Film is a series of posts that, through YouTube videos, will show the changes the city has undergone.

We begin with the heady days of Berlin in the 1920s – in the Weimar era, the city had a reputation for decadence, hedonism and sexual freedom.  Despite, or perhaps as a result of, the effects of hyperinflation and political upheaval in the aftermath of the Great War, Berliners were determined to have a good time.

A collection of clips showing everyday life in the German capital throughout the 1920s.

Taken from the Billy Wilder film People on Sunday (Menschen am Sonntag), which you can find in full on Mogli Oak.

If you have a little more time I would recommend watching Die Sinfonie der Großstadt, a full-length silent film by director Walther Ruttmann.  Filmed over the course of a year in Berlin, the footage has been assembled in five acts representing a typical day in the city.

Art in Berlin – A report by Monocle Magazine
Snapshot: Full Moon Over Berlin