New pieces appear year round on the streets of Berlin but it has been noticeable that since the weather has improved more artists have been hitting the city.  With lots of great Street Art from ALANIZ, ALIAS, CAZ.L and El Bocho to name a few, the problem with compiling this post wasn’t finding good work but agonizing over what to leave out.

That just means that there’s plenty in the bag for more posts though.

It’s always good to find new work by ALIAS and I love the pieces that appeared in Mitte recently. 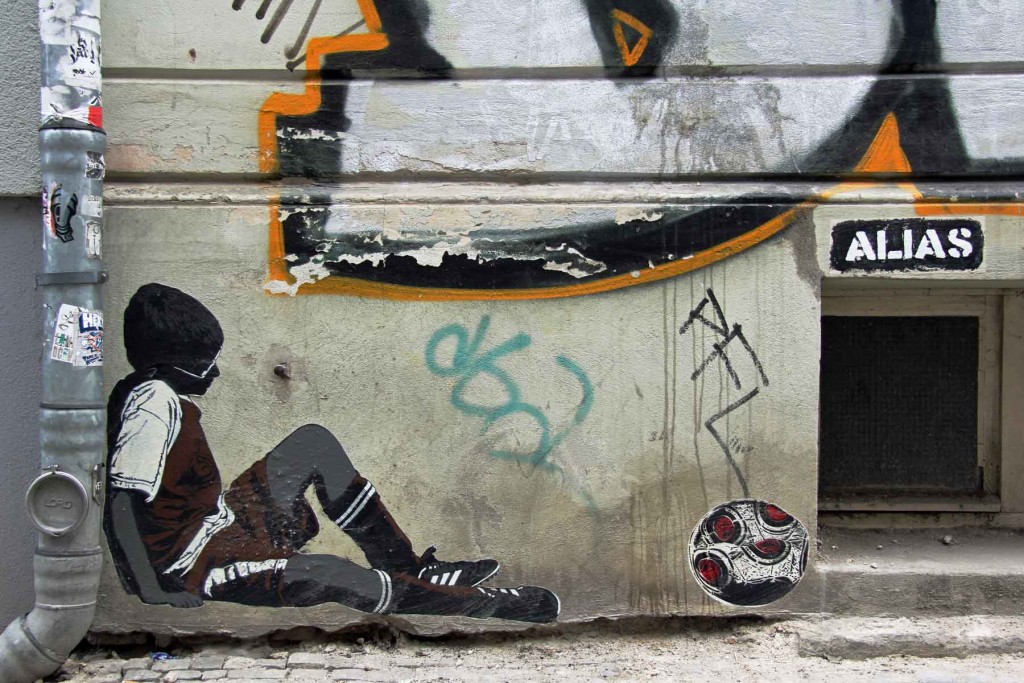 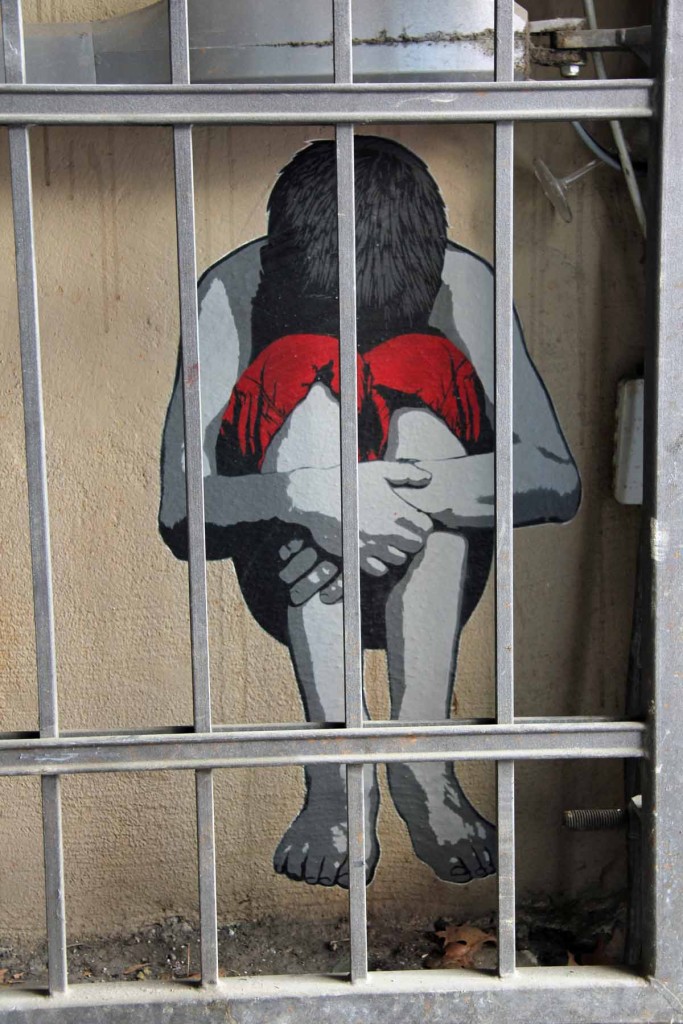 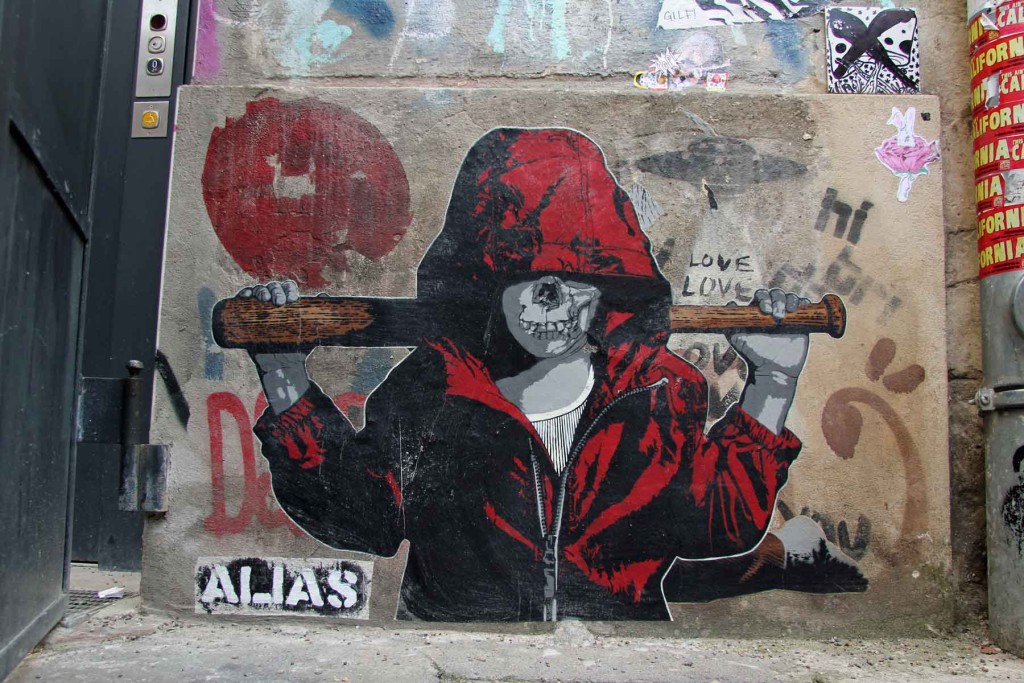 This is the first time I’ve seen a Peter Pink piece for myself so the first time he’s appeared on andBerlin but I love the humour in his work that I’ve seen on his Facebook page and other blogs – especially his potatoes. 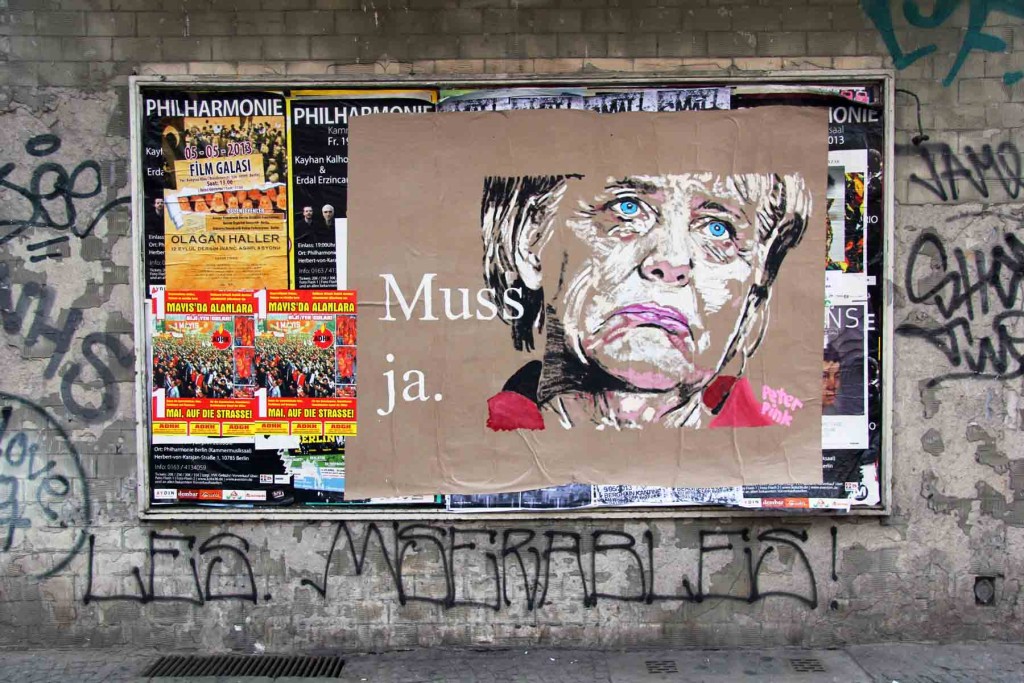 I used a piece by Berlin based street artist CAZ.L in my Dog Lover post and here are a couple more paste-ups spotted in the city lately.  I don’t know much (read next to nothing) about the artist but check out the Facebook Page for updates. 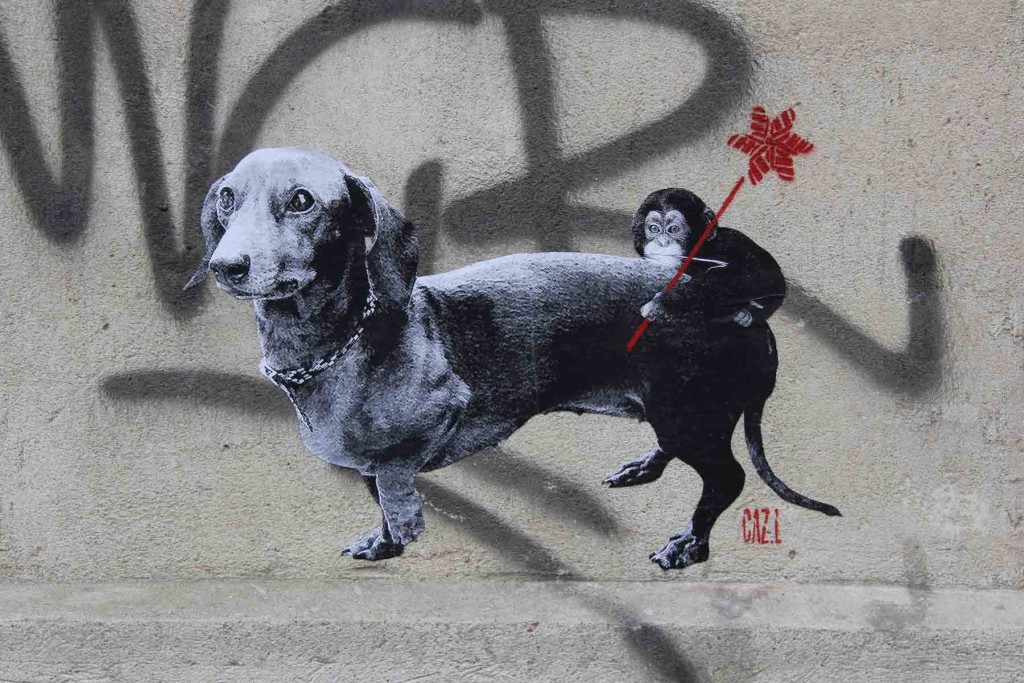 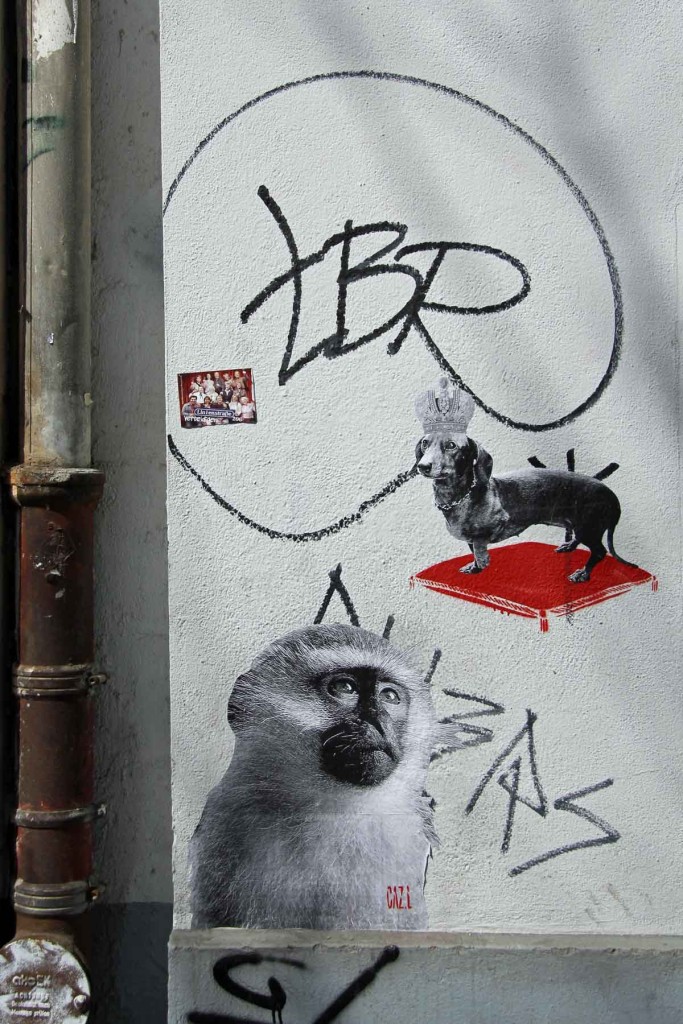 It would seem that El Bocho favourite Little Lucy has spent the winter coming up with a business plan – she’s still finding inventive ways to kill Kitti who is now on the menu. 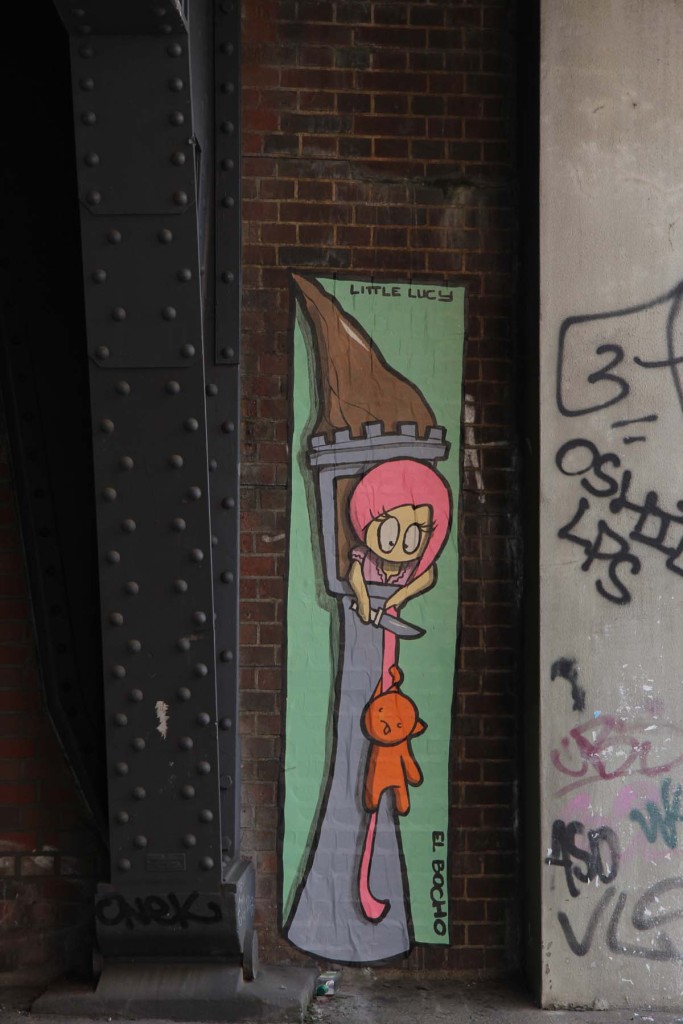 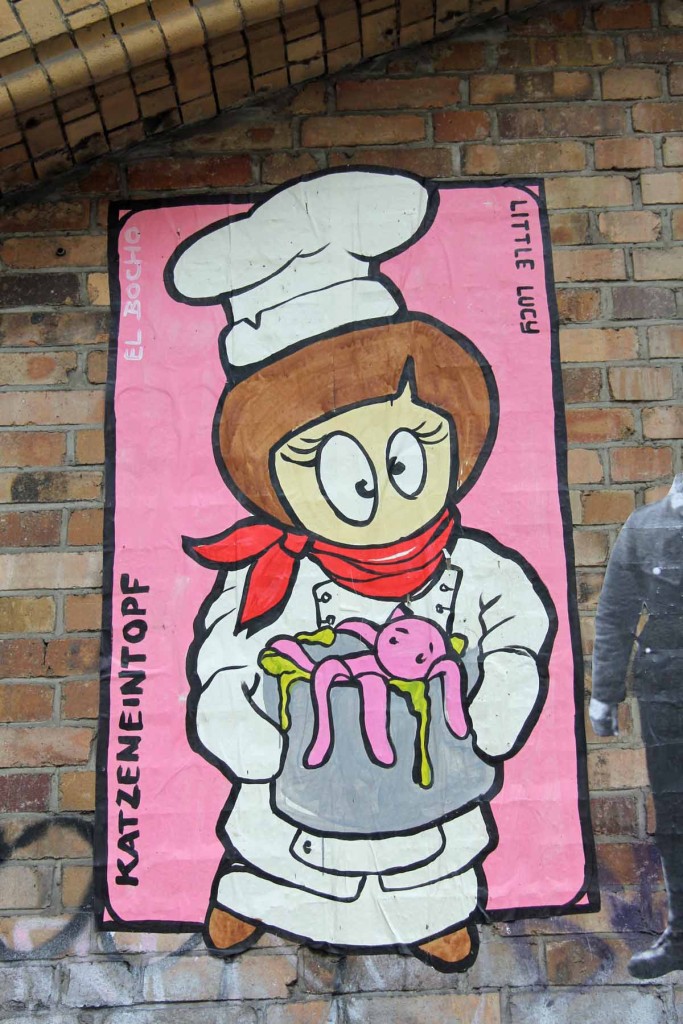 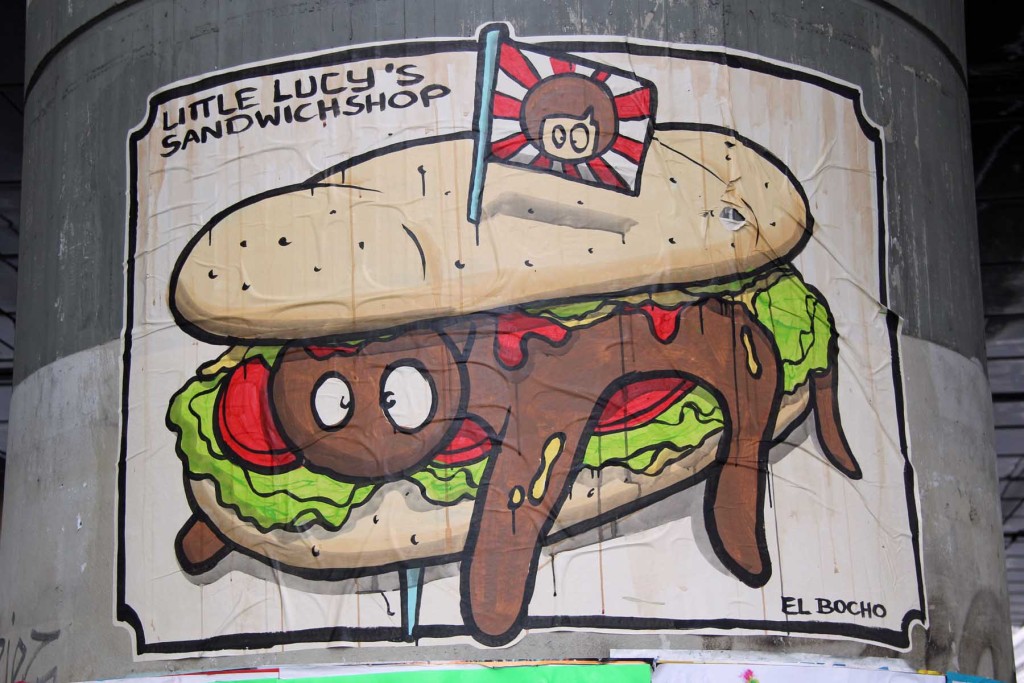 As well as the usual paste-ups I’ve found a couple of huge ALANIZ paintings in Berlin lately. Painted with giant rollers you can see more new work in ALANIZ’s Flickr stream. 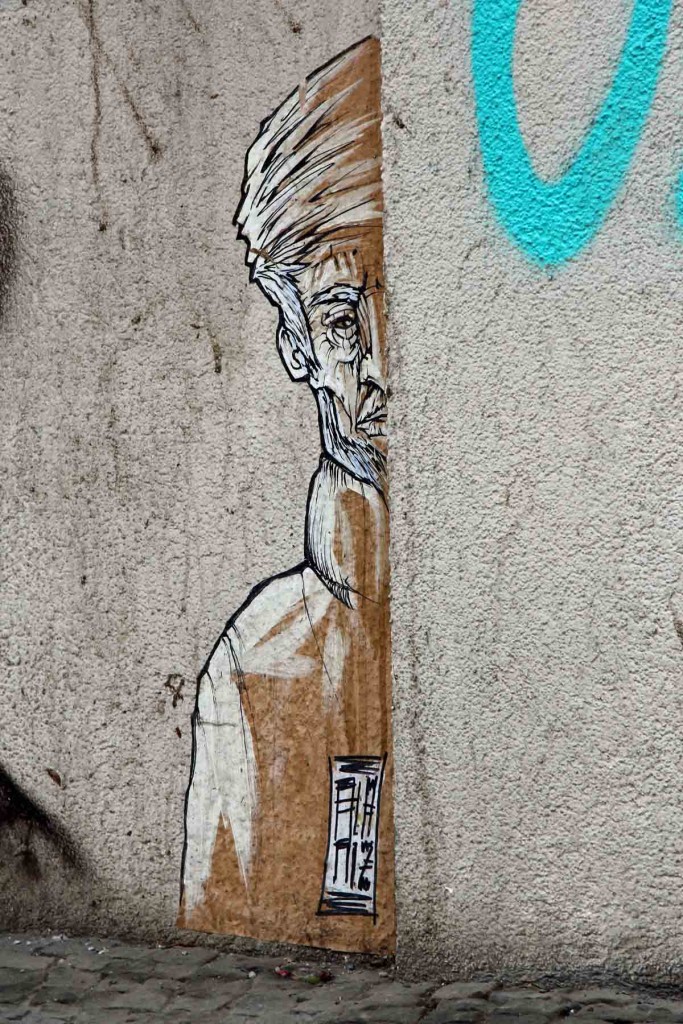 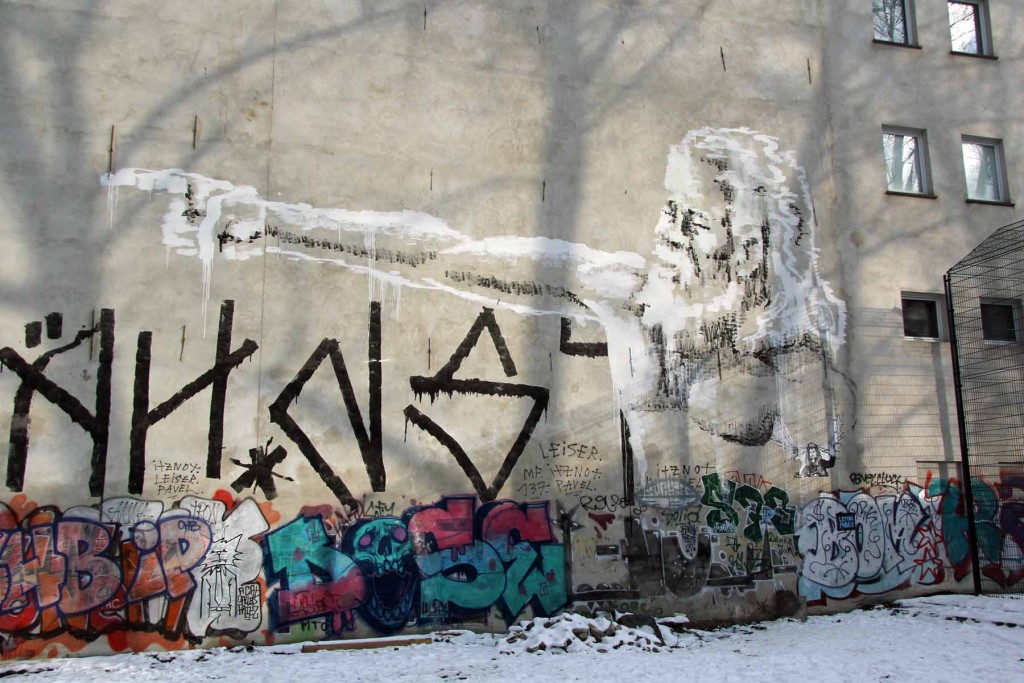 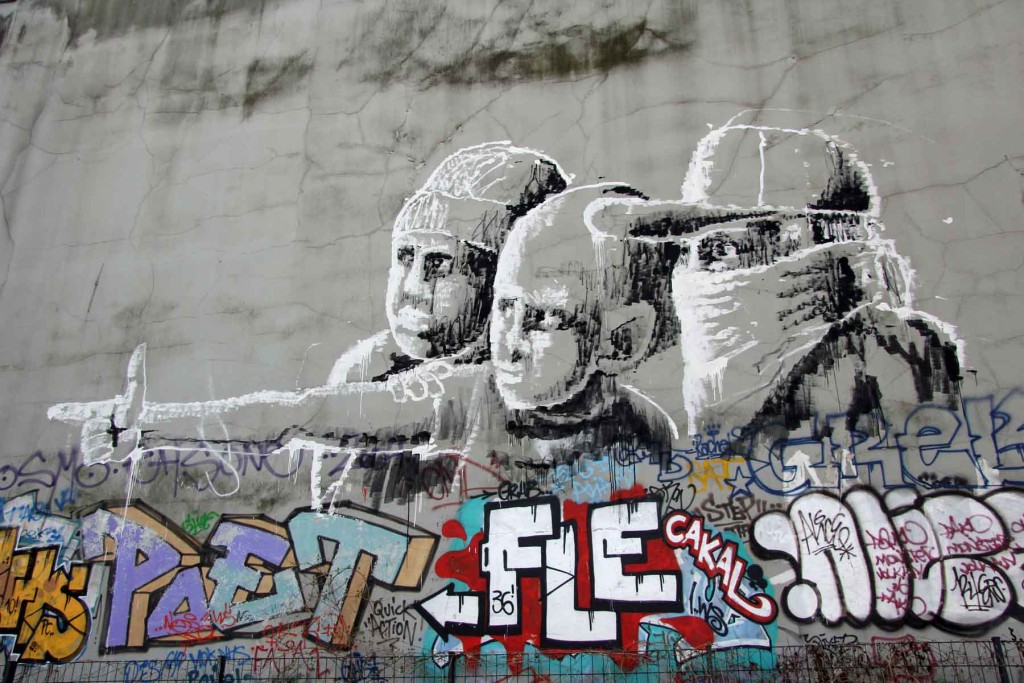 I don’t know if Swiss artist Robi The Dog has moved to Berlin but I’ve seen new works from him regularly since last summer. 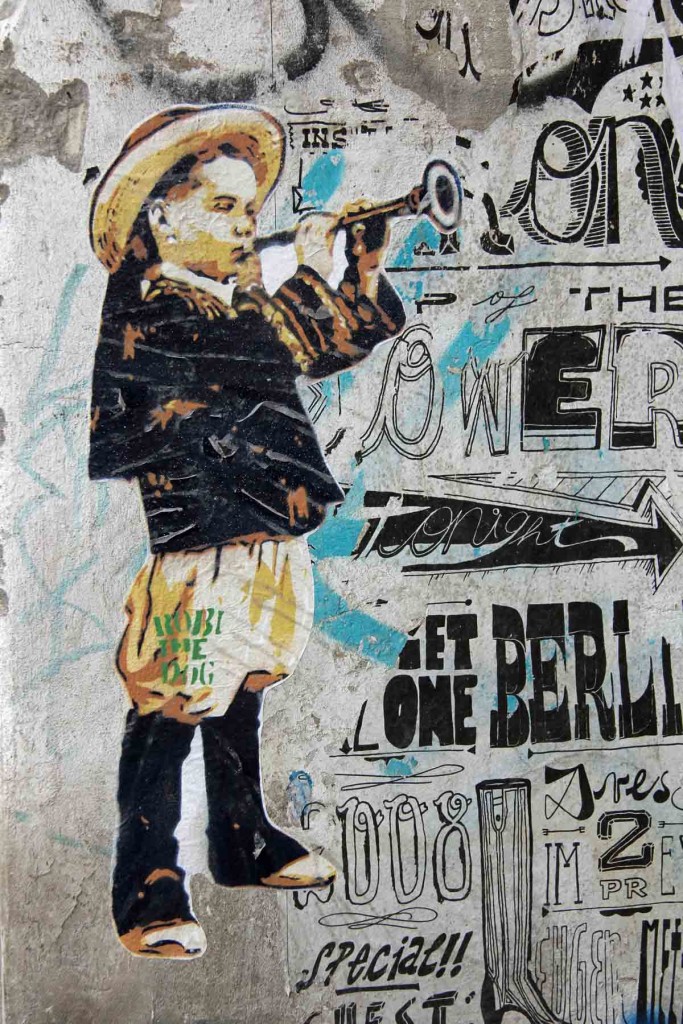 Plenty of paste-ups by Swiss street artist .FRA have appeared on walls and doors all over Berlin lately – I’ve seen them in Mitte, Friedrichshain, Prenzlauer Berg and Wedding. 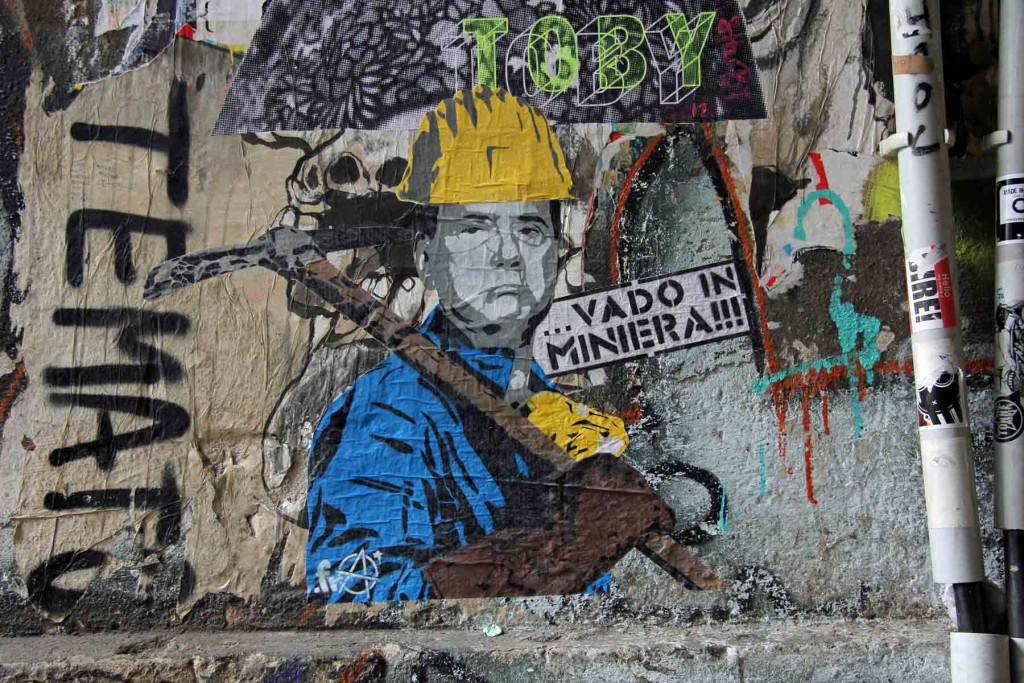 ESSEGEE.FRA and Robi The Dog

These two Swiss guys have obviously been out pasting together and I love this combination. 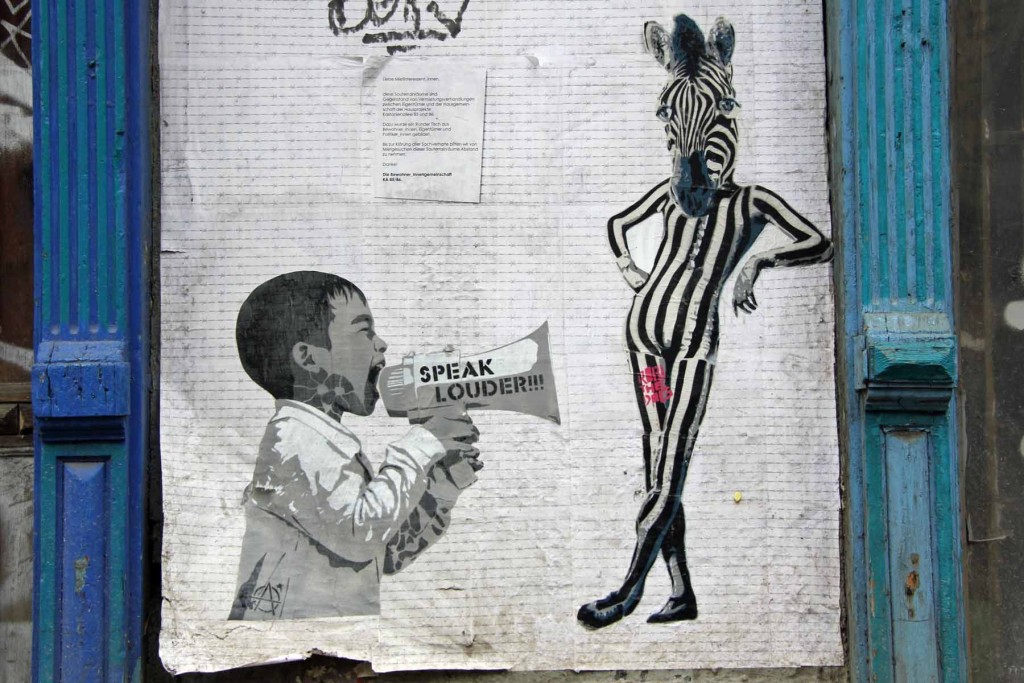