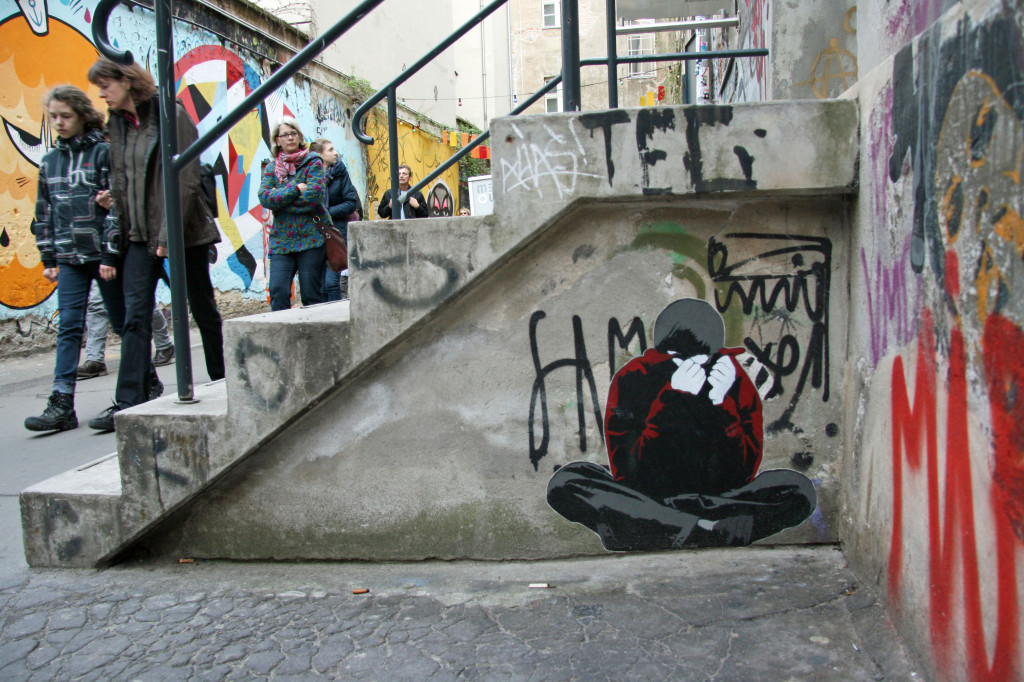 Friday seems to be the day for discovering great (fresh) street art in Berlin.  On Good Friday it was AliCé and the Friday just gone – ALIAS.

I spotted one of these pieces from the tram window as I was heading out for a wander on Friday morning so on the way home I got off the tram a couple of stops early and followed the art along Kastanianallee.

The trail ran cold for me when I got to the corner of Eberswalder Strasse.  I tried a few hundred metres in each direction from there but no joy.  Let me know if I missed anything. 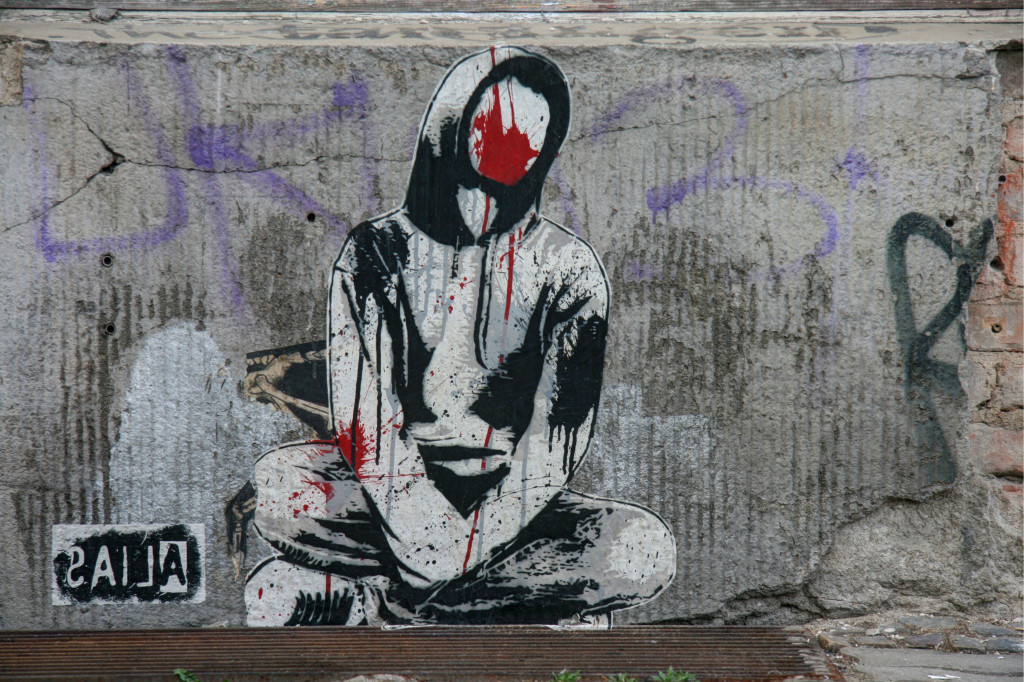 By the time I went out on Saturday afternoon this next piece had already been completely removed. 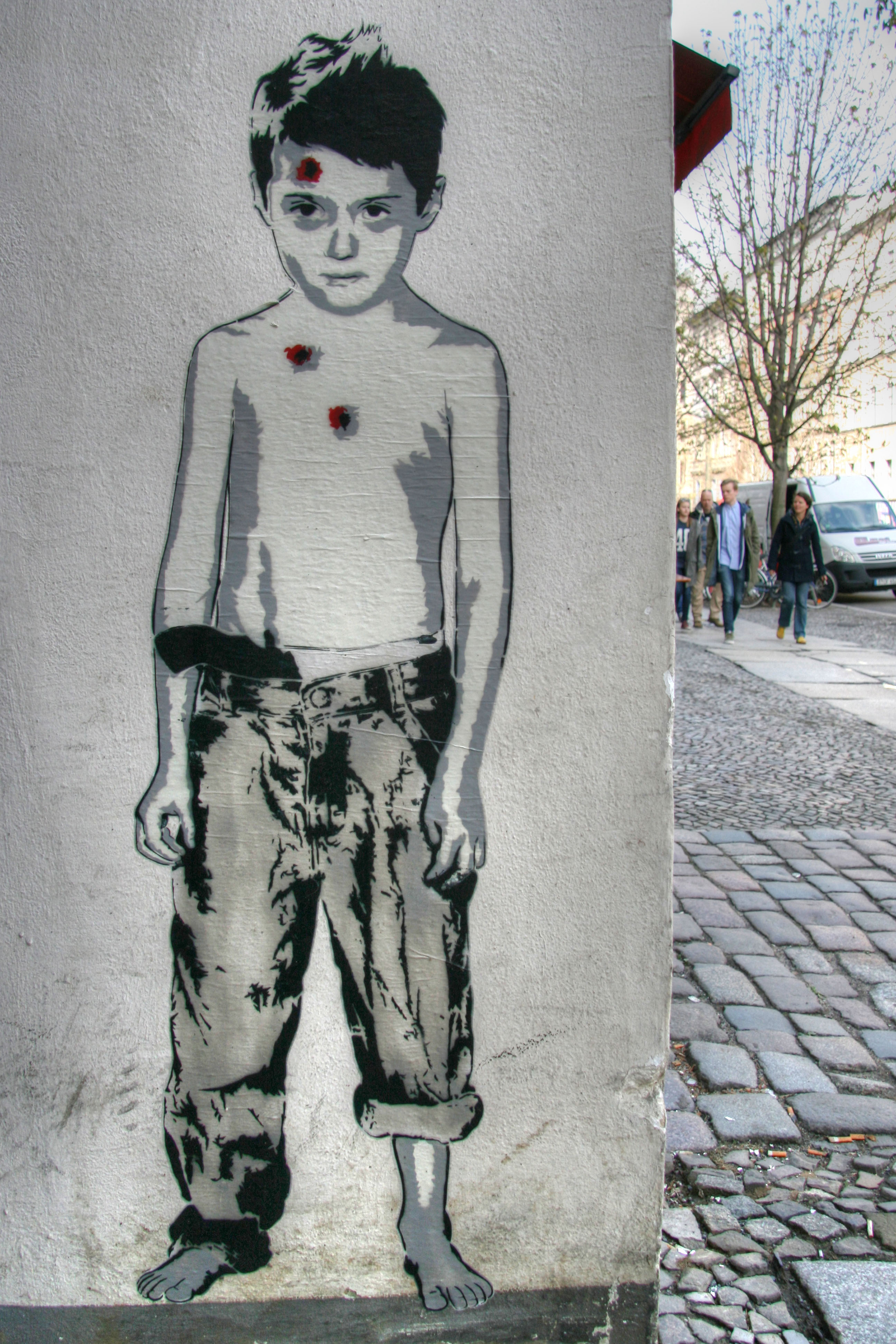 Only the feet of this one were left… 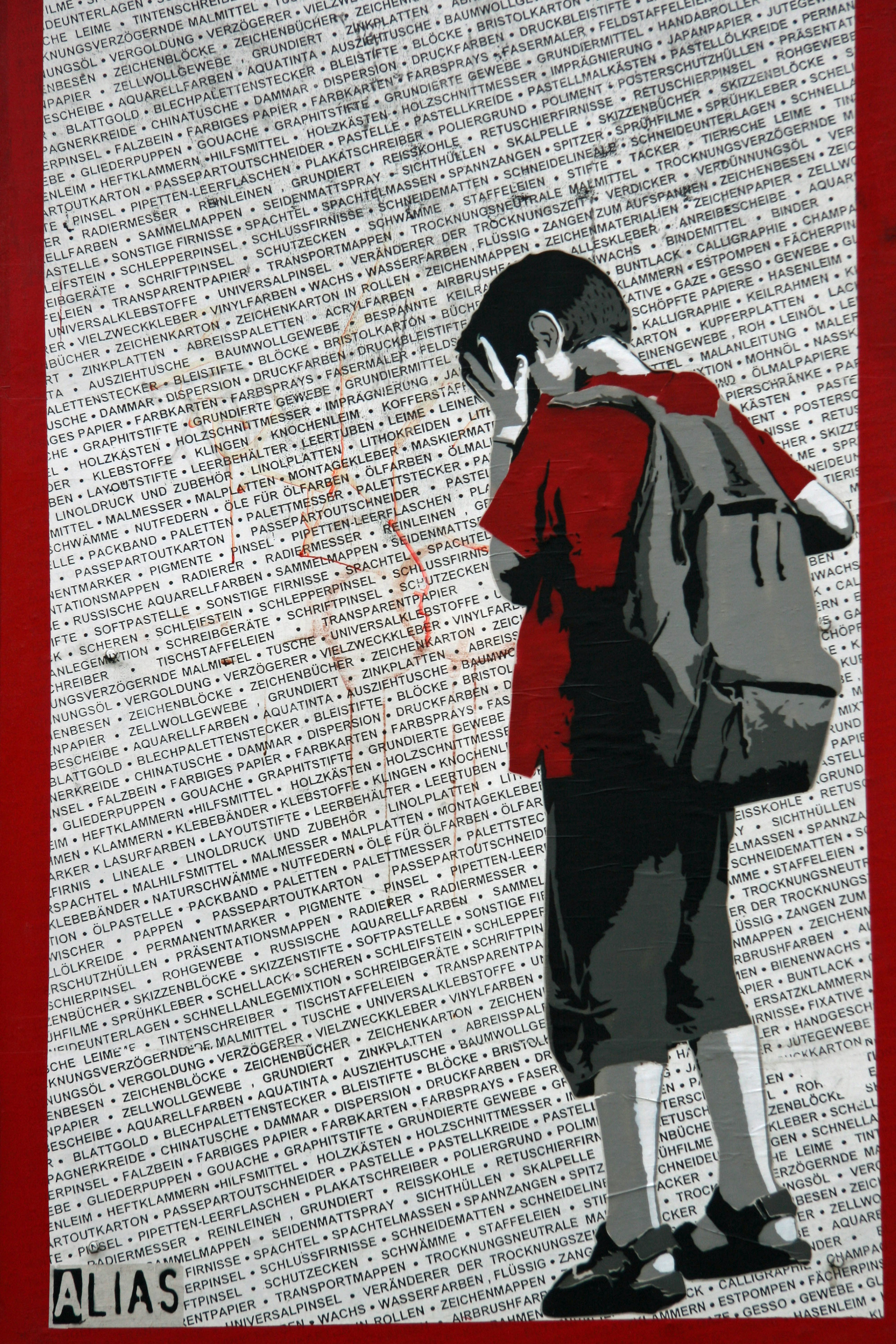 …and this one had been peeled back and torn slightly. 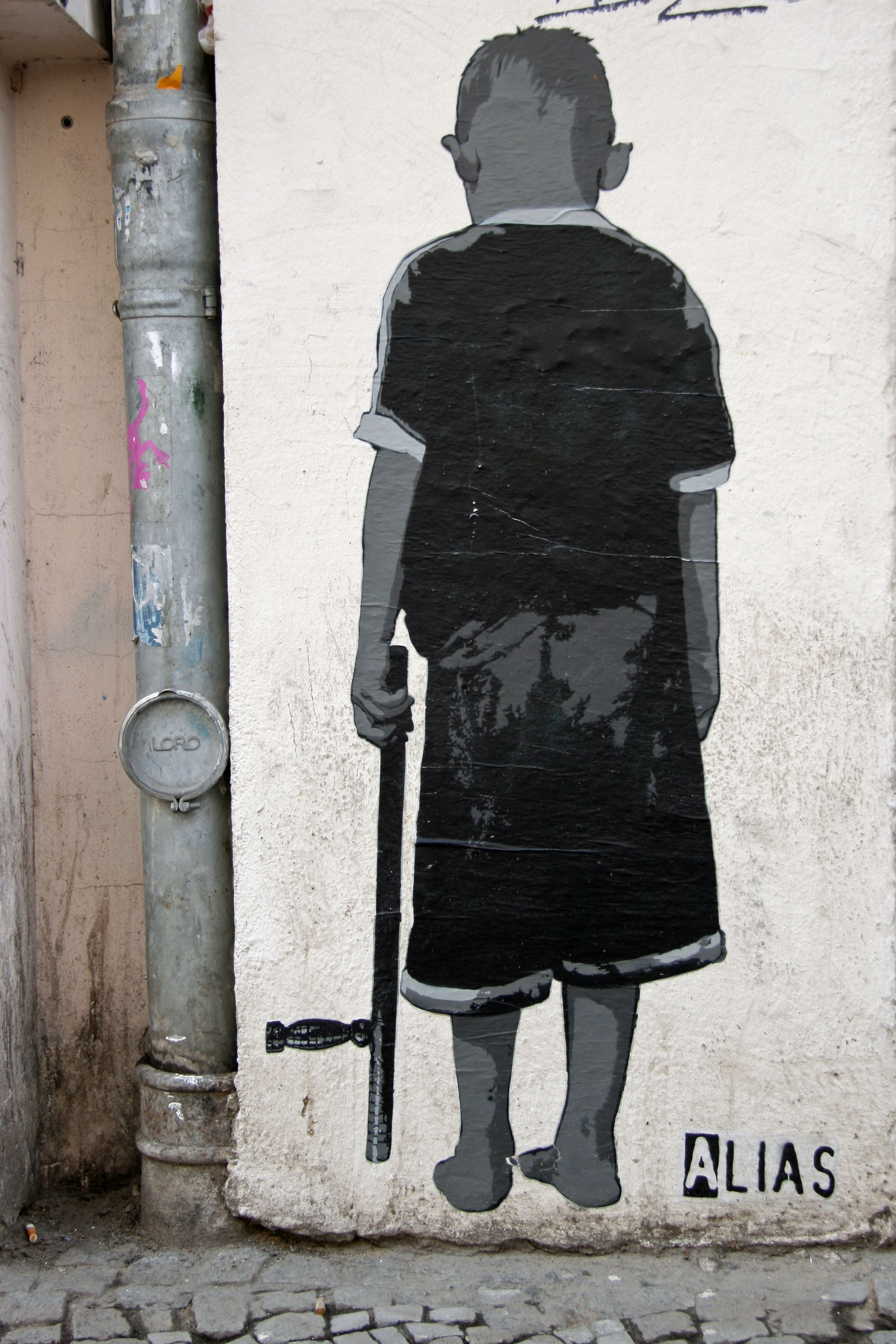 I’m not sure if people’s motives here are vindictive or whether they are hoping to get a souvenir but they’re spoiling it for everyone else.

As street artists are sometimes creatures of habit I decided on Saturday that I would head to a couple of other spots where I have seen ALIAS’s work before, just in case he had hit them again.

The hunch paid off in the Hof near Hackescher Markt featured in my A Berlin Hof Spot post. 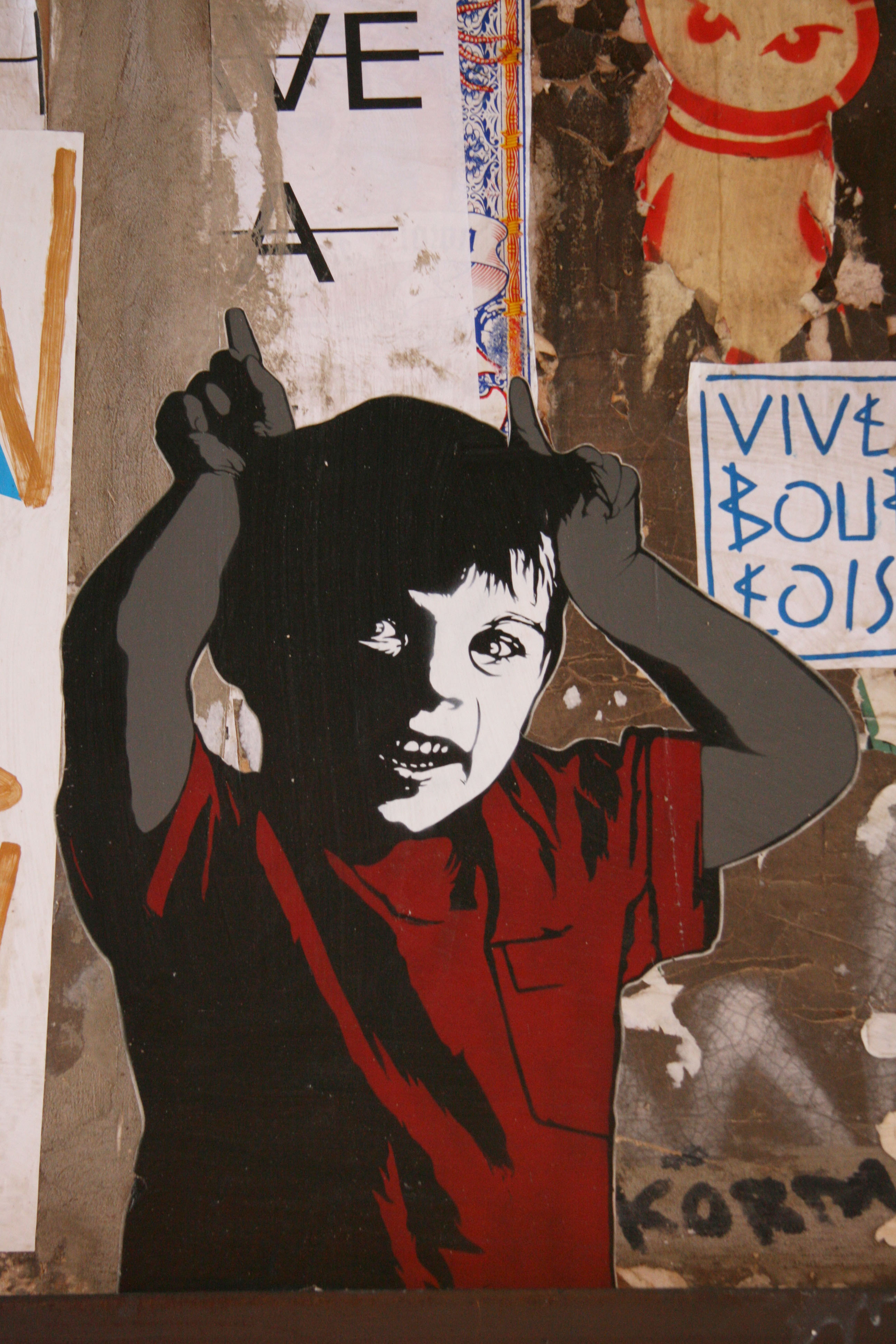 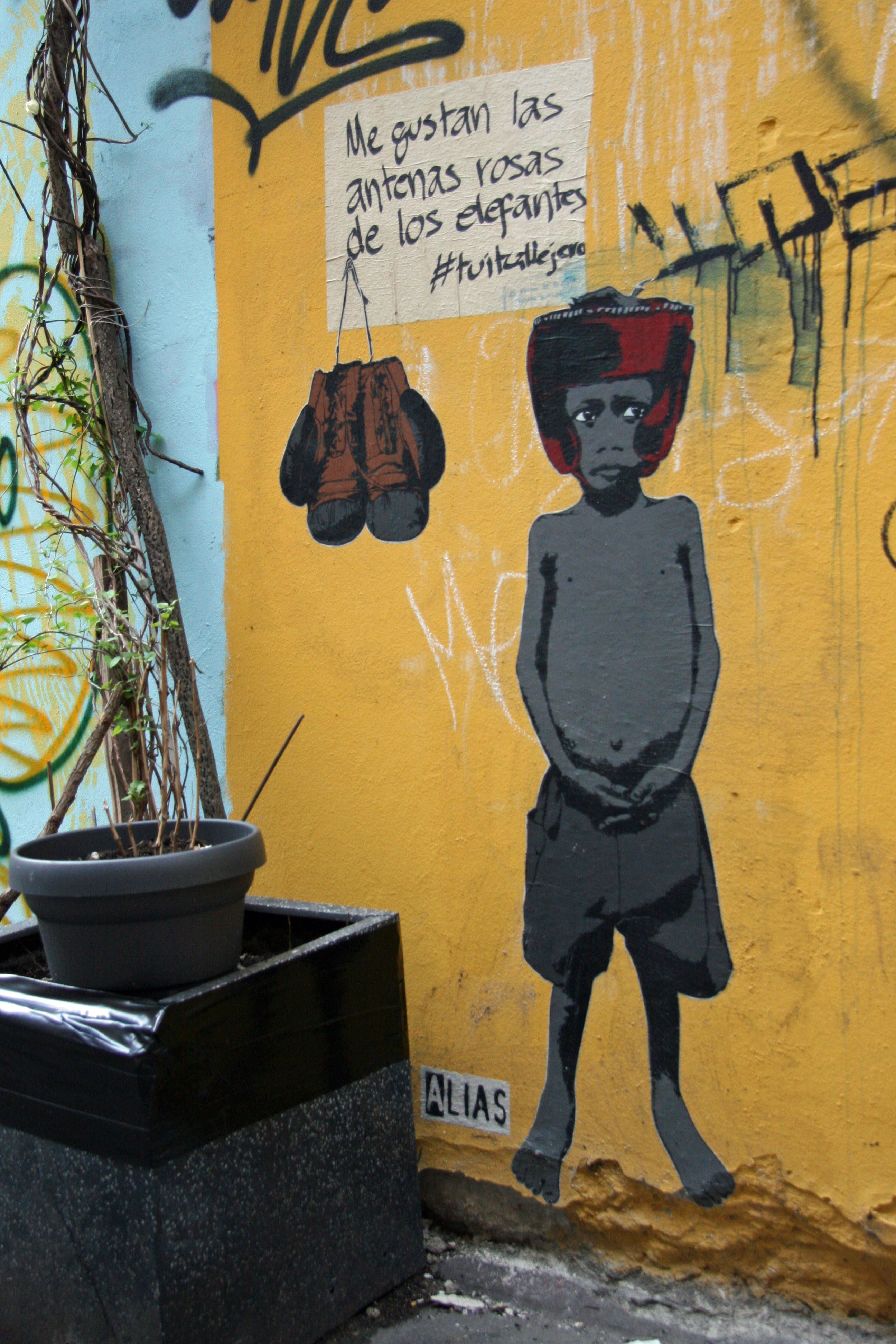 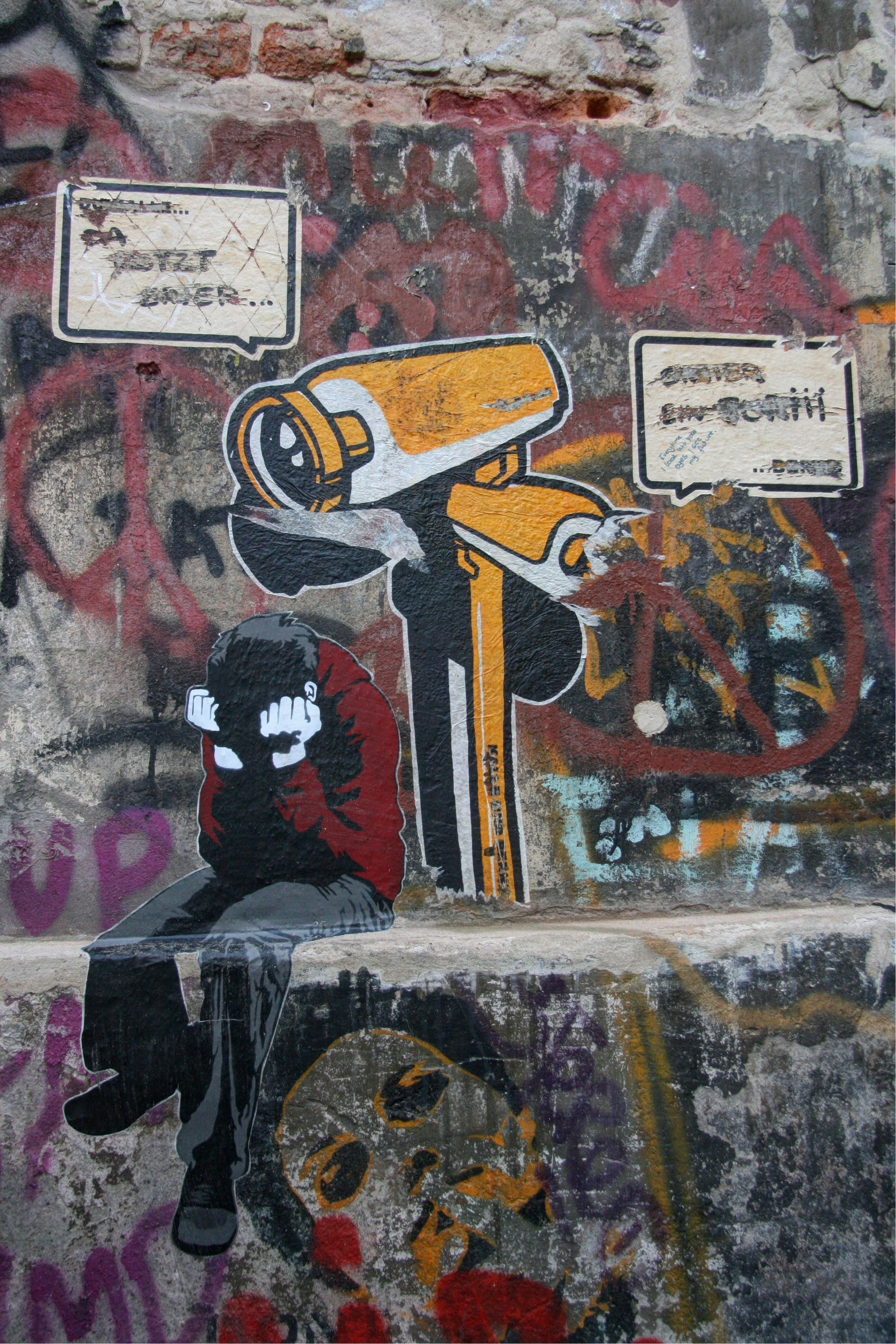 ALIAS is a Berlin-based street artist but I can’t tell you much more than that, as he doesn’t give much about himself away.  I’ve seen his work on all of my Berlin trips and I’ve always been impressed by the variety and consistently high quality of his art.  As with many street artists there is often a socio-political element to his pieces.

You can see more of his work on his Facebook page and Tumblr and in my street art galleries.

He will undoubtedly feature here again.

9 Responses to ALIAS: Busy in Berlin