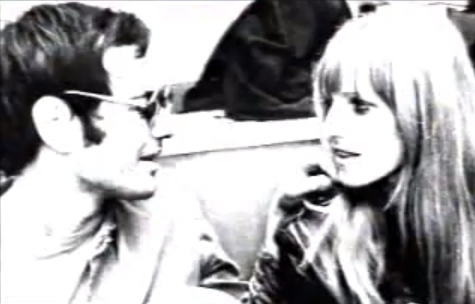 The BBC documentary Baader-Meinhof – In Love With Terror tells the story of the Red Army Faction (in the original German Rote Armee Fraktion), more commonly referred to as the Baader-Meinhof Gang, a terrorist organisation formed in West Germany in 1970.

The common name of the militant group comes from the names of two of the founder members Andreas Baader and Ulrike Meinhof who were opposed to what they saw as the fascist and capitalist forces of the state.

The organisation outlived its founders, who died in prison in 1976 and 1977, but was formally dissolved in 1998.

I hope you will agree that the quality of the documentary and the intriguing story compensate for the poor picture quality.

Baader-Meinhof – In Love With Terror

Teufelsberg – A Return To The Devil’s Mountain
Ohrwurm: The Lightning Seeds – Pure