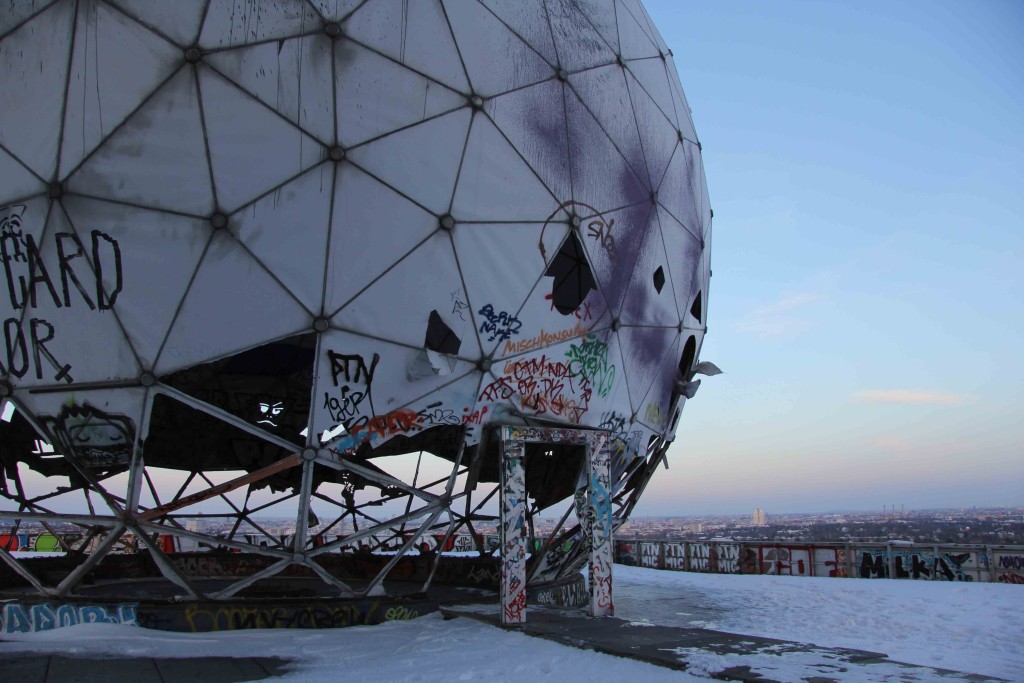 Berlin was cold but sunny yesterday and when a friend had the ‘crazy idea’ to walk up the Teufelsberg I didn’t take much persuading.

The Teufelsberg (Devil’s Mountain) is a hill in the Grunewald forest in Berlin and is most famous for the former NSA Listening Station that sits at its peak.

As we walked from Grunewald S-Bahnhof I recounted the story of my previous trip to Teufelsberg in August 2010.  Then, the Grunewald lived up to its name (Green Forest) but yesterday the predominant colour was white, the snow laying thick on the ground.

Having reached the top of the Teufelsberg we walked around the perimeter fence of the former NSA facility occasionally stopping to look up at the domes looming high above us. 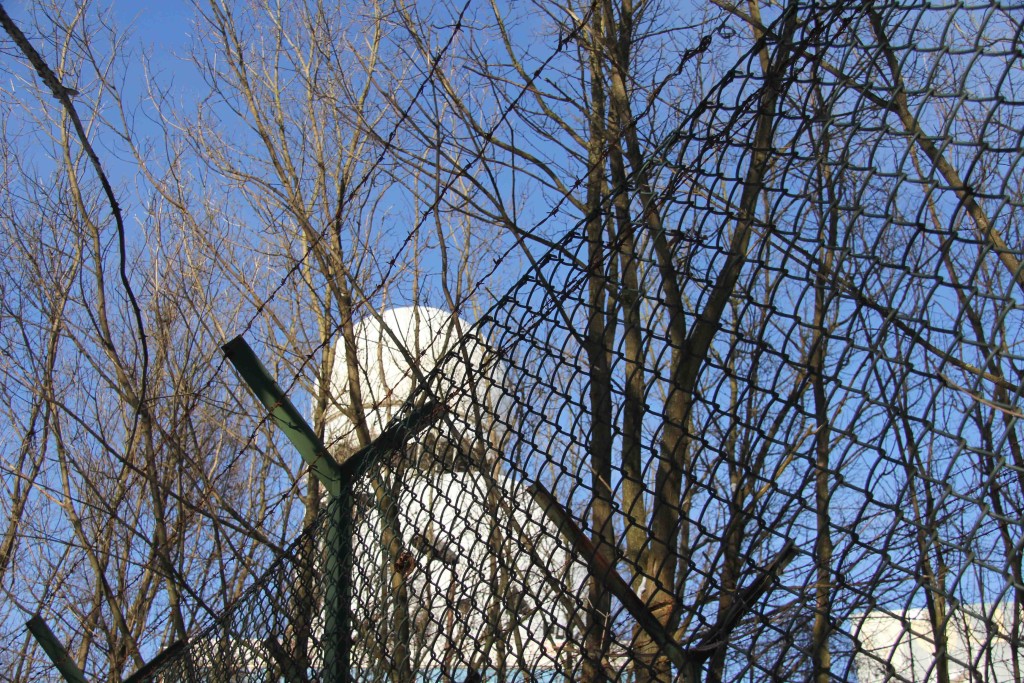 On the Western slope of the hill we came across a group of sledgers, skiers and snowboarders enjoying the snow on the Rodelberg (the best translation from Google is toboggan mountain).

When we reached the main gates of the former NSA Listening station a guide was preparing to take a group of visitors on a tour and on a whim we decided to join them.

For €7 (or a reduced price of €5 for students) our guide led us to the main building in the complex and up the highest tower.

The main change to the building since my last visit was the addition of lots of great Street Art (much of it created for the aborted Artbase 2012 event) – so much in fact that I will post about it separately.

Our first stop as we climbed the tower was the highest floor with a view over Berlin. 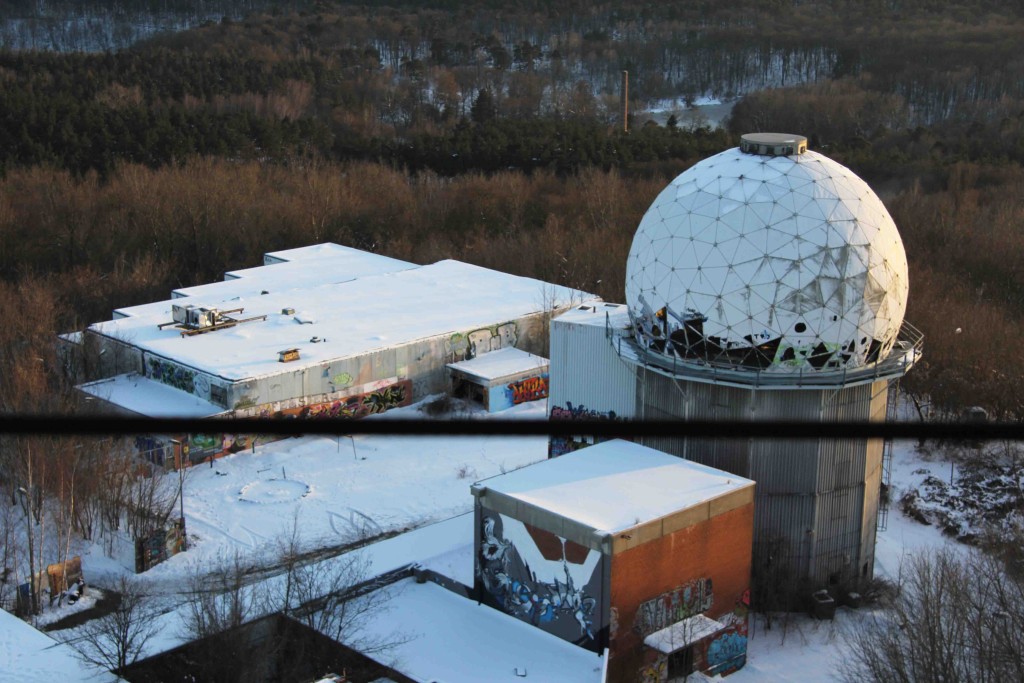 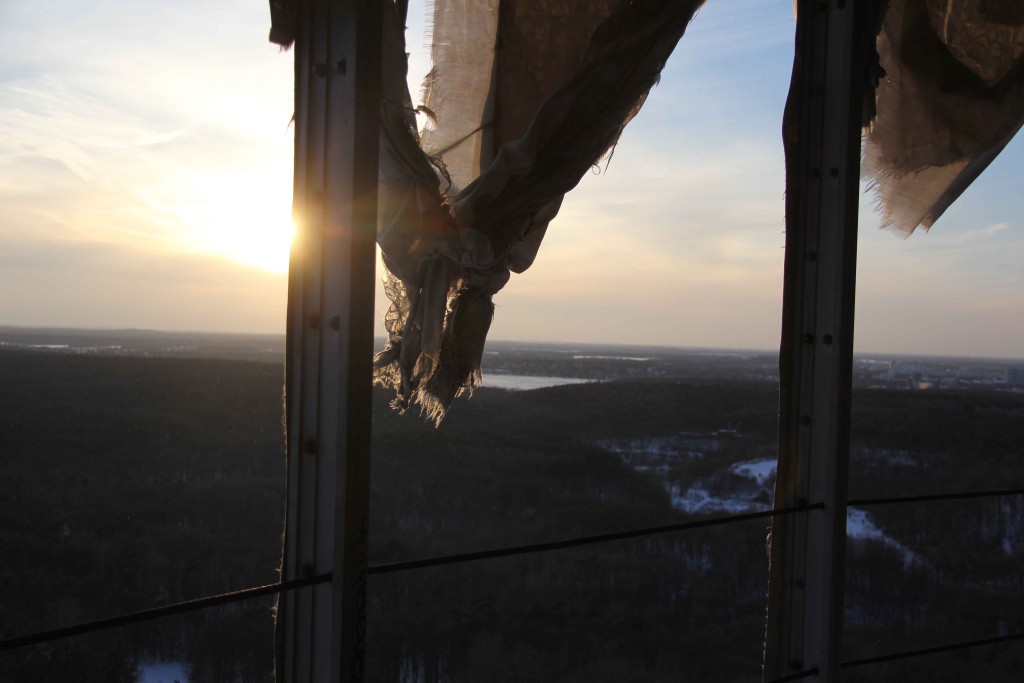 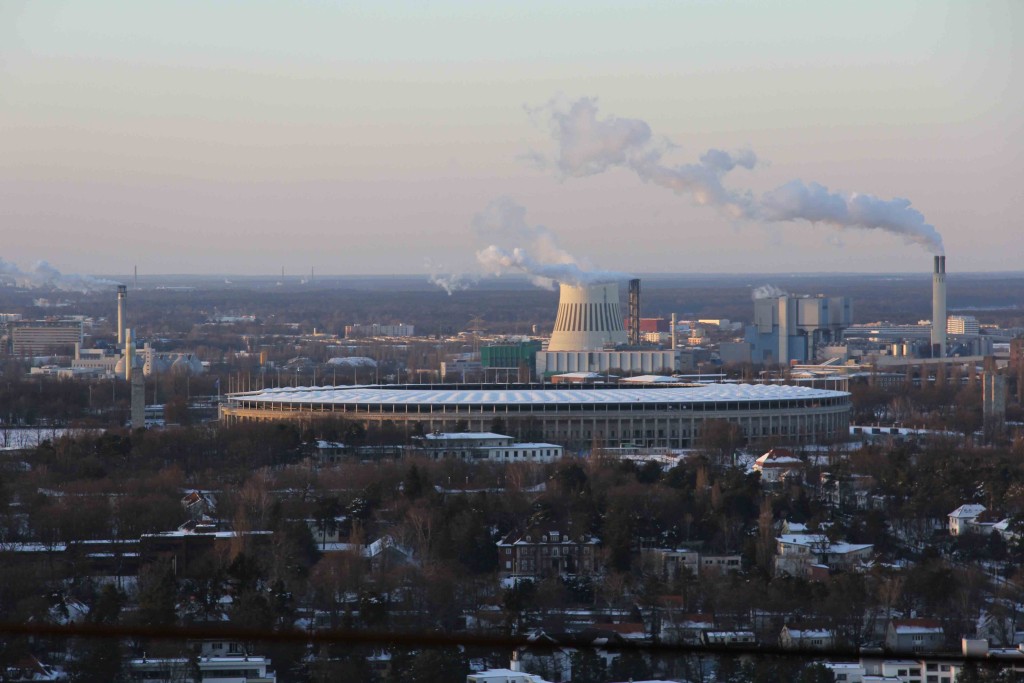 Then it was up to the top dome, with its incredible acoustics, where we were treated to an impromptu performance from a singer who was there when we arrived.

Our guide (off camera in the video) then took up the baton and gave his own performance.

As we descended we stopped on the roof of the main building for more photo opportunities and as luck would have it we had timed it perfectly to see some wonderful colours in the sky as the sun began to set. 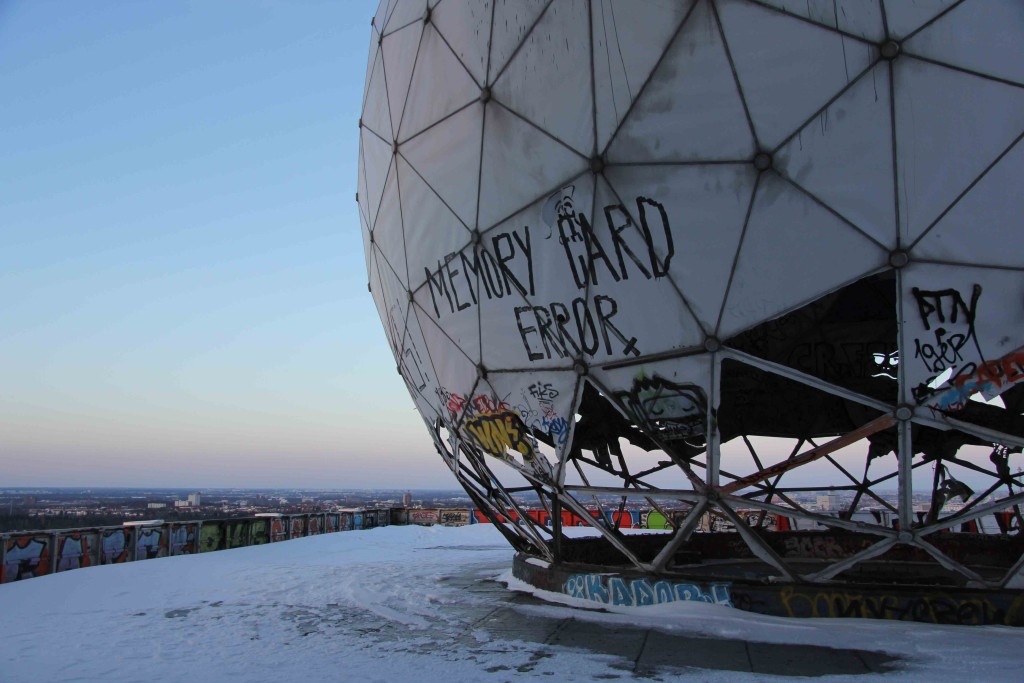 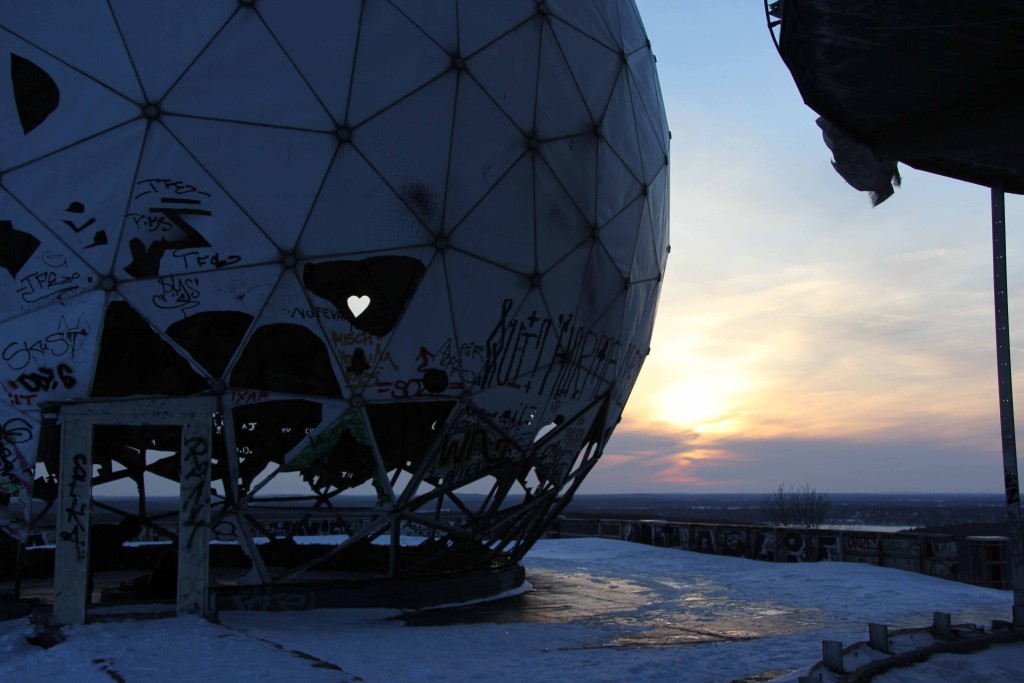 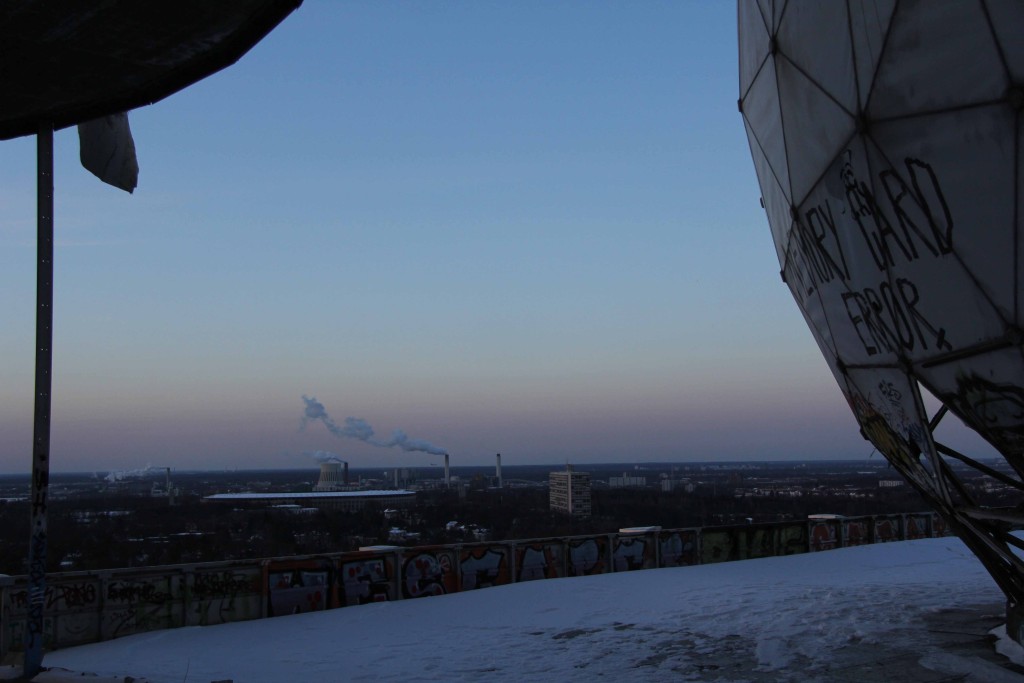 And then it was time to leave. 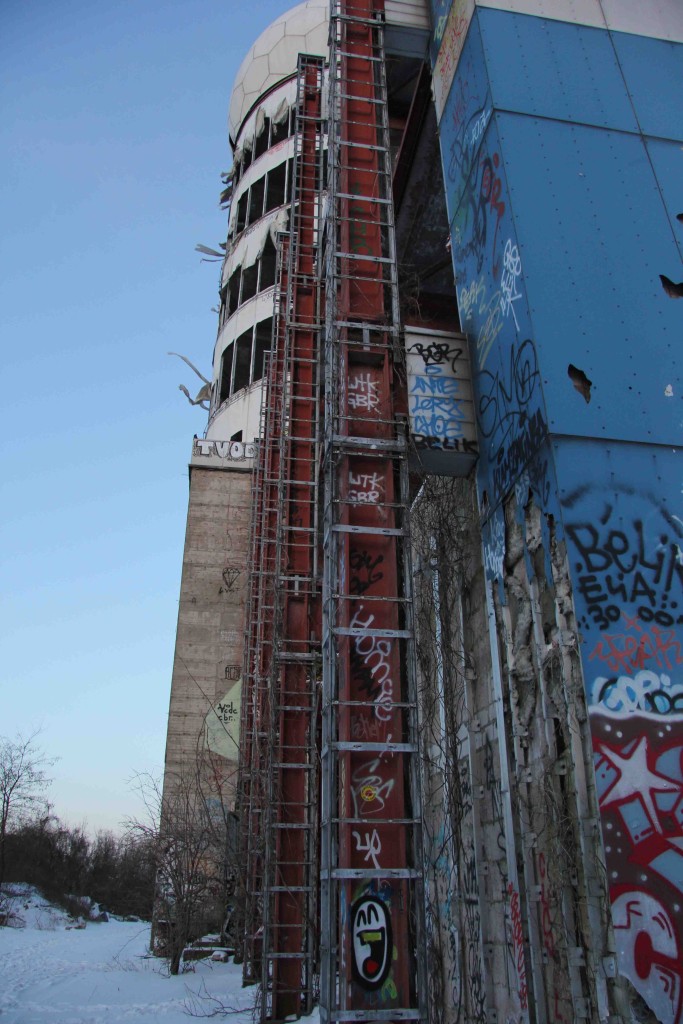 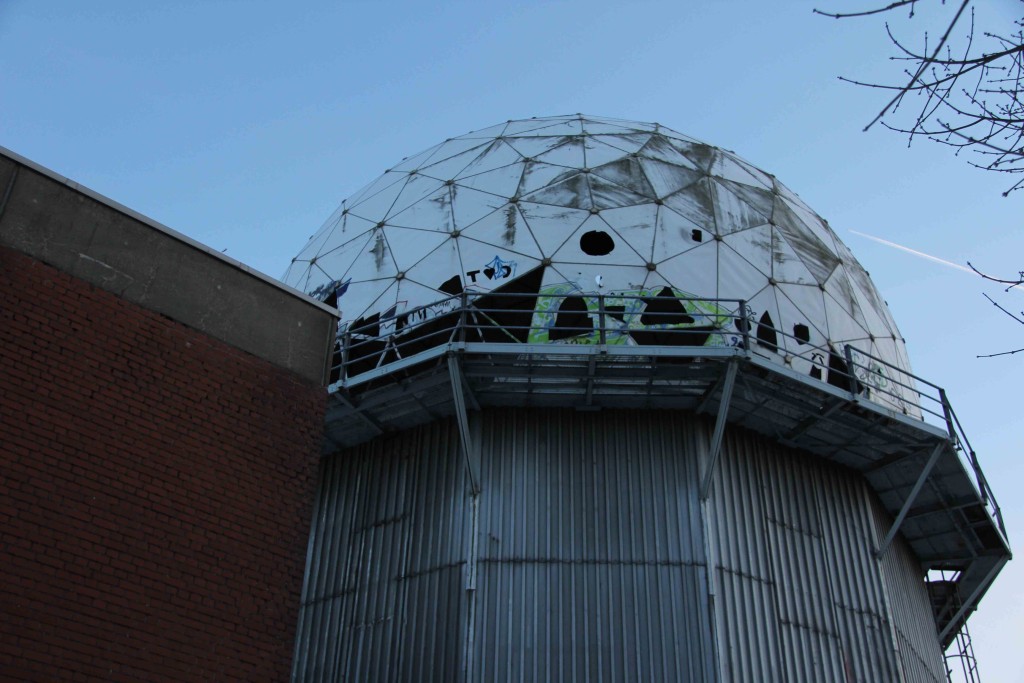 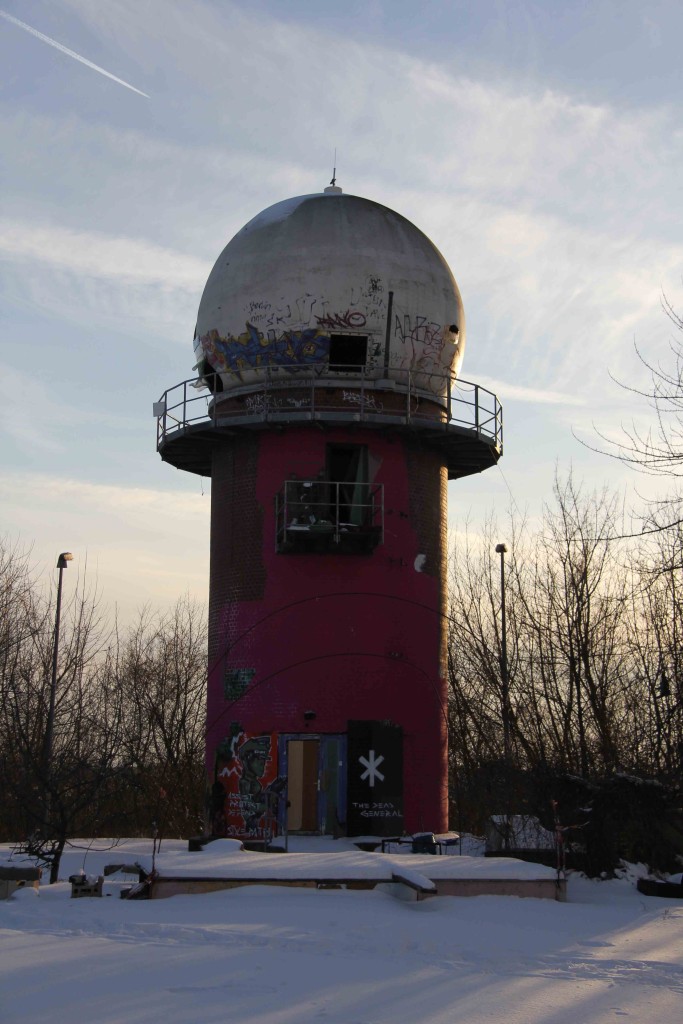 I think that €7 is a small price to pay for the wonderful views over Berlin and the opportunity to walk around the former NSA Listening Station at Teufelsberg but the adrenaline rush of sneaking through the fence on my previous visit was sadly missing.

8 Responses to Teufelsberg – A Return To The Devil’s Mountain