It’s time for another instalment of some of the best Street Art Berlin has to offer and I think I’ve managed to find some gems over the last few weeks – I hope you agree.

Where a Street Artist has featured on andBerlin before I’ve linked to those posts, just click on the artist’s name.

Prostie is a permanent fixture on Berlin’s streets, smiling from walls, doors and street furniture.  On this building by the Landwehr Kanal Prostie is playing dress up – first he’s Picasso then he’s a magician. 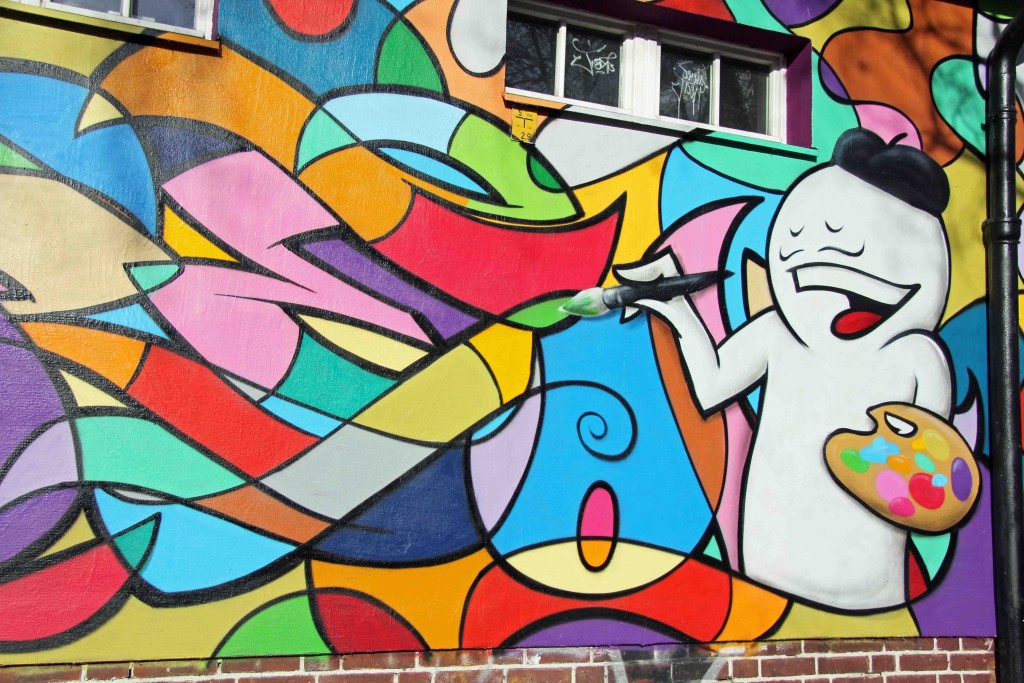 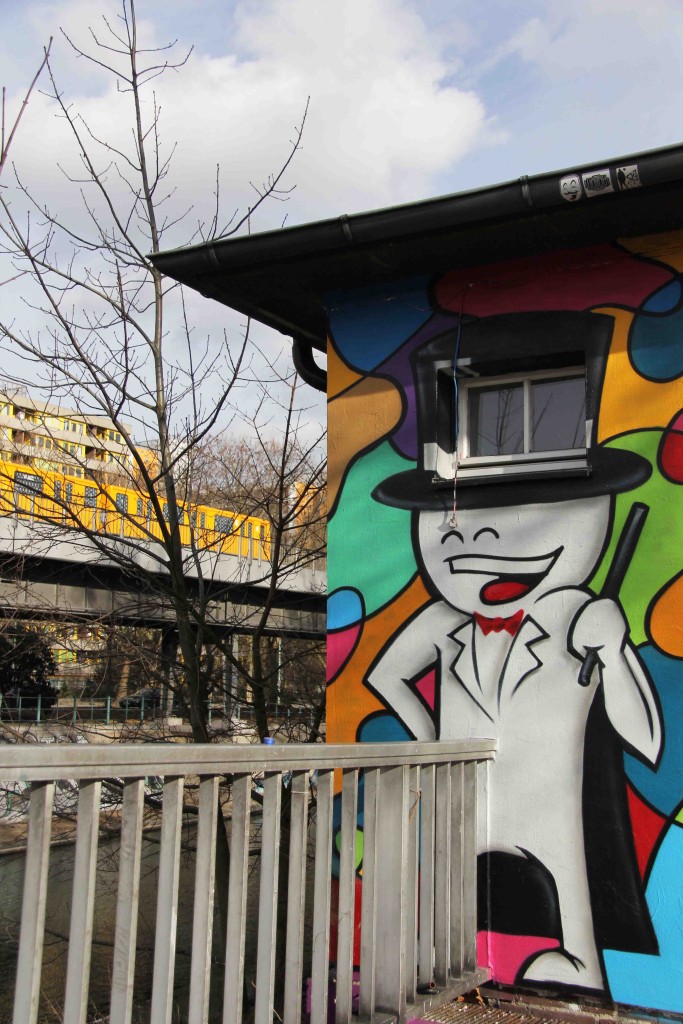 Whether it’s Little Lucy’s attempts to kill Kitti or his Citizen series, I’m always to delighted to come across a new El Bocho on the streets of Berlin. 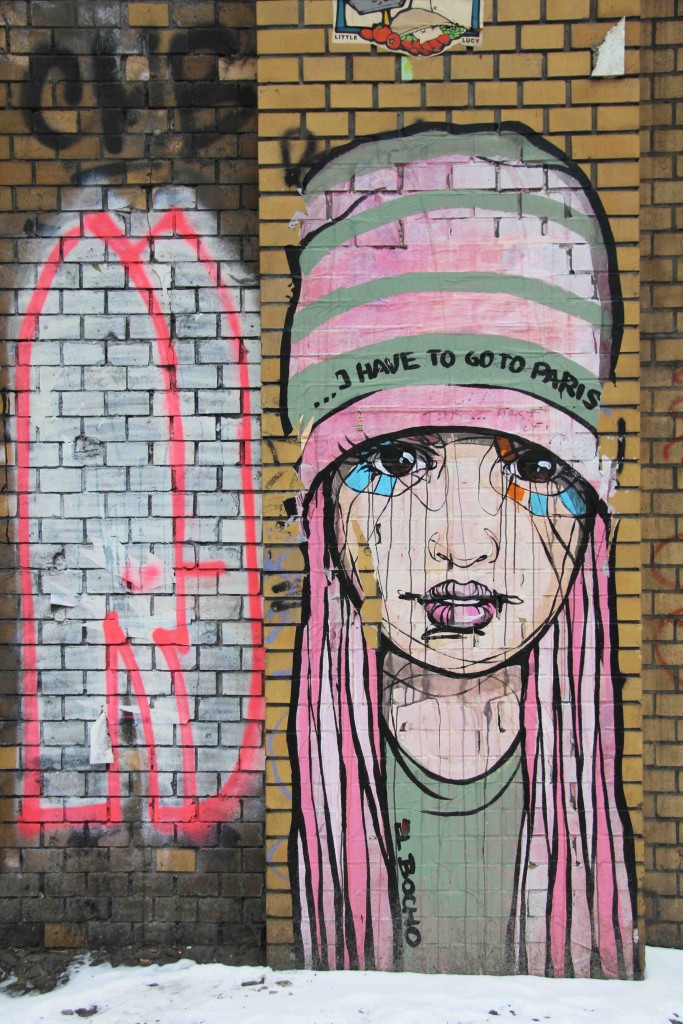 Lake was one of the artists exhibiting at Stroke Urban Art Fair 2012 in Berlin so I was delighted to come across this street piece when I was wandering around Schöneweide a couple of weeks ago. 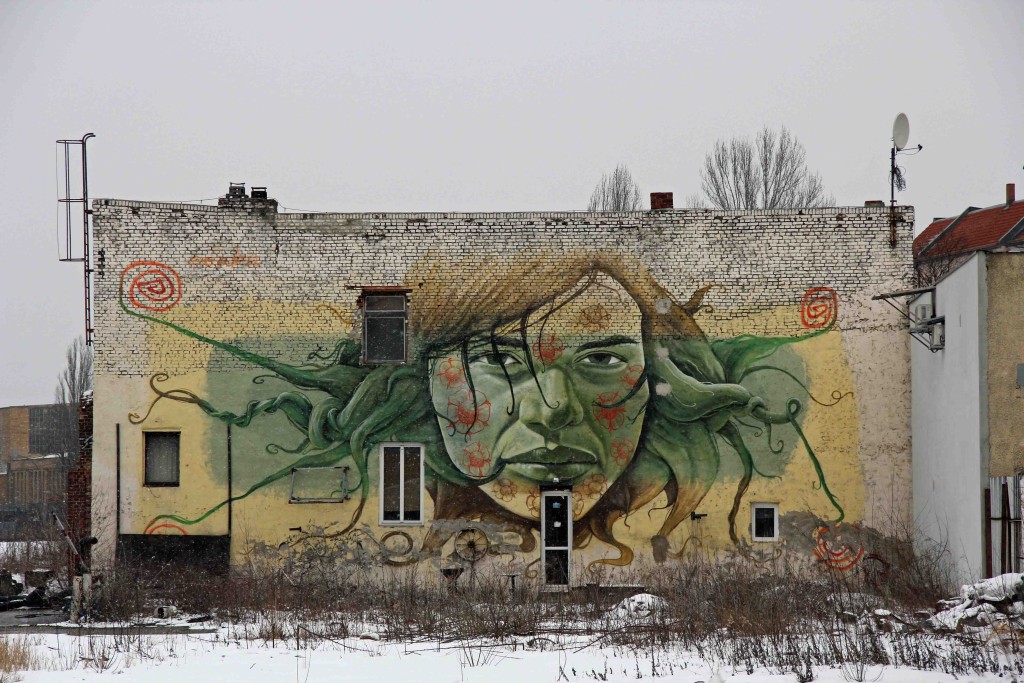 Colombian artist Stinkfish was in Berlin last year and left a few of his distinctive portraits, including this one at Urban Spree.  I also saw one of his pieces in an abandoned military base last week, which will feature in a future post. 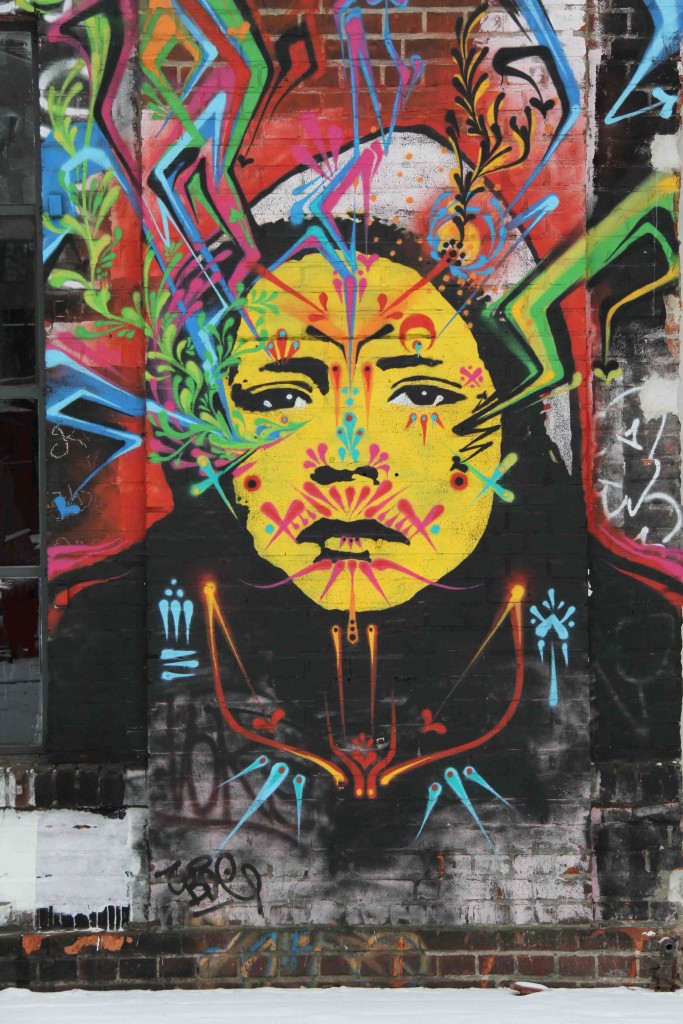 I was back at the RAW Tempel last week so I took the opportunity to snap this MTO portrait of Michael Jackson.  I’m really annoyed that I can’t find the photos I took of this piece before the spliff was added. 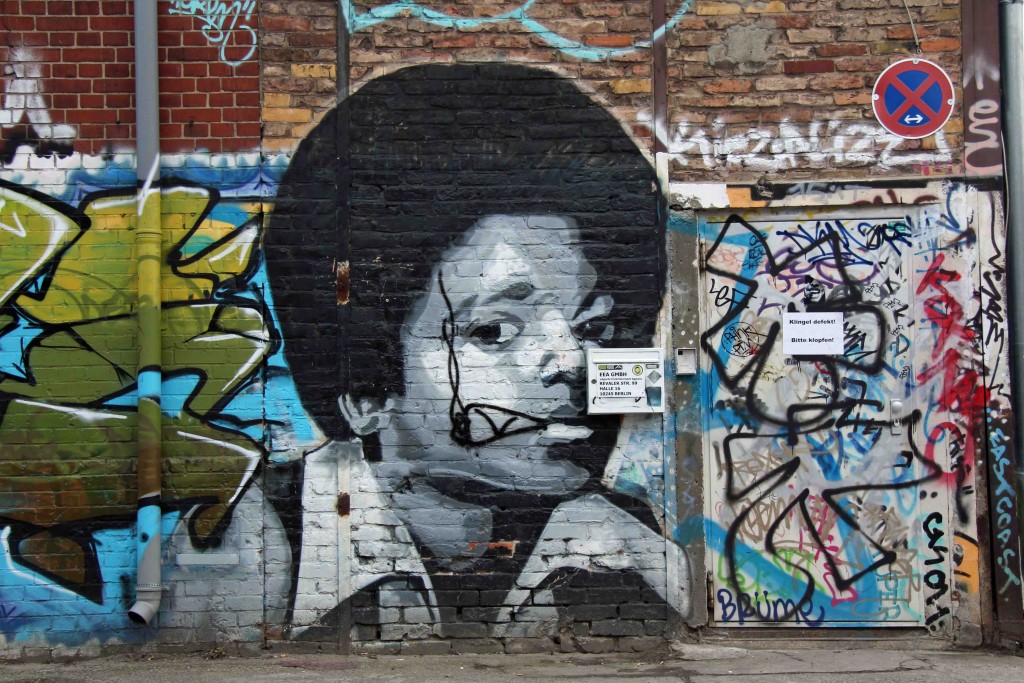 NETHER made an appearance in Berlin Street Art Vol 6 – Various Artists and is back here again with a great piece on a Crépes van. 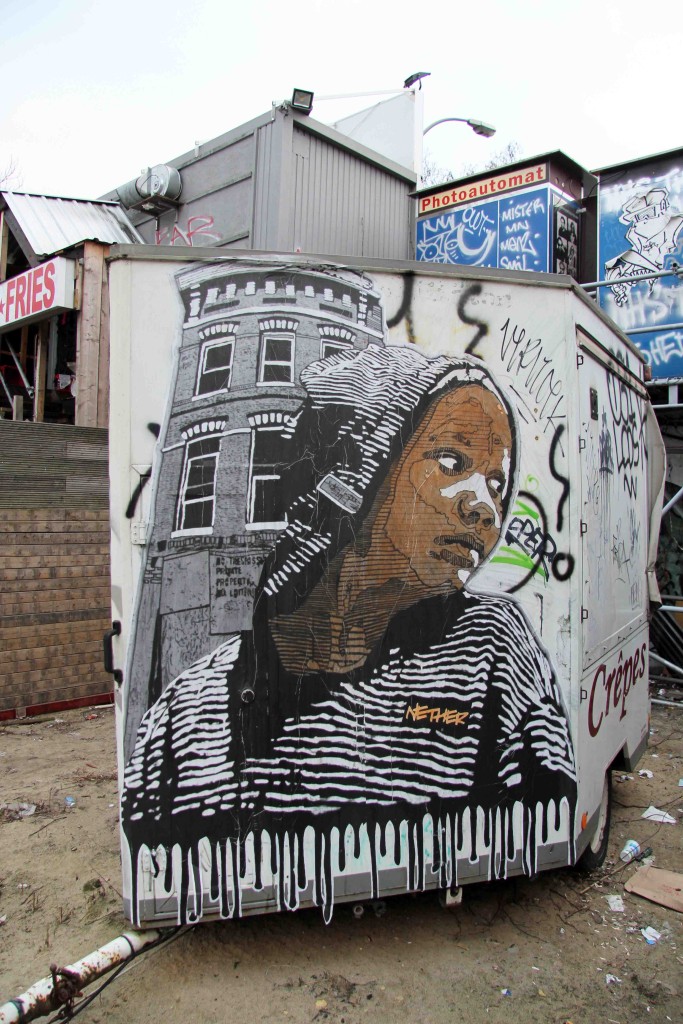 If anyone knows anything about the artists for these last two pieces please leave the details in the comments so that I can give the proper credit. 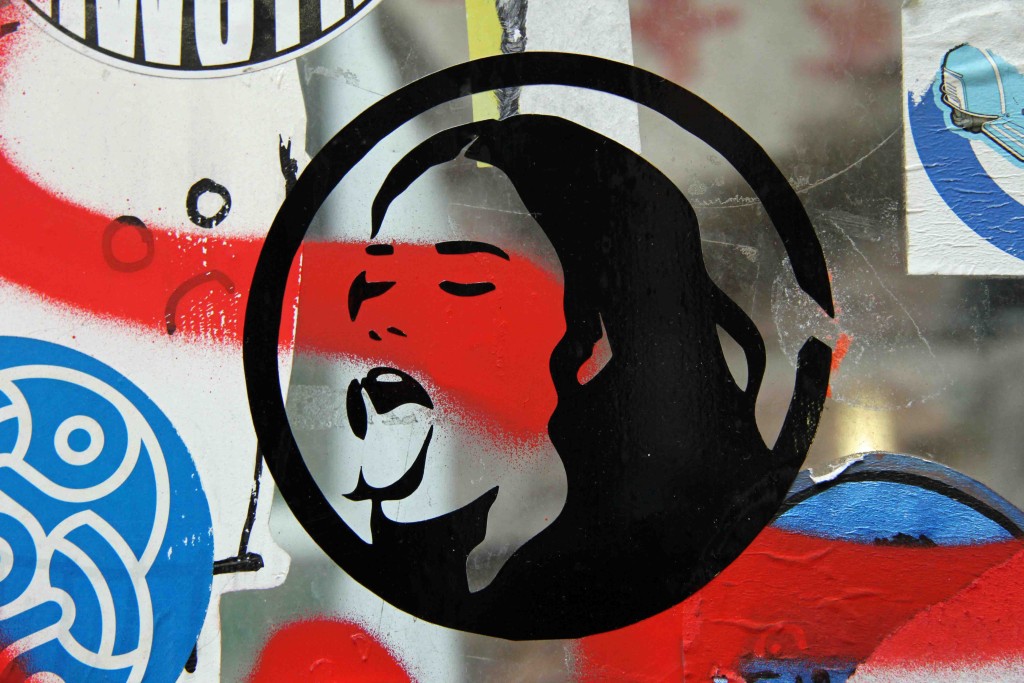 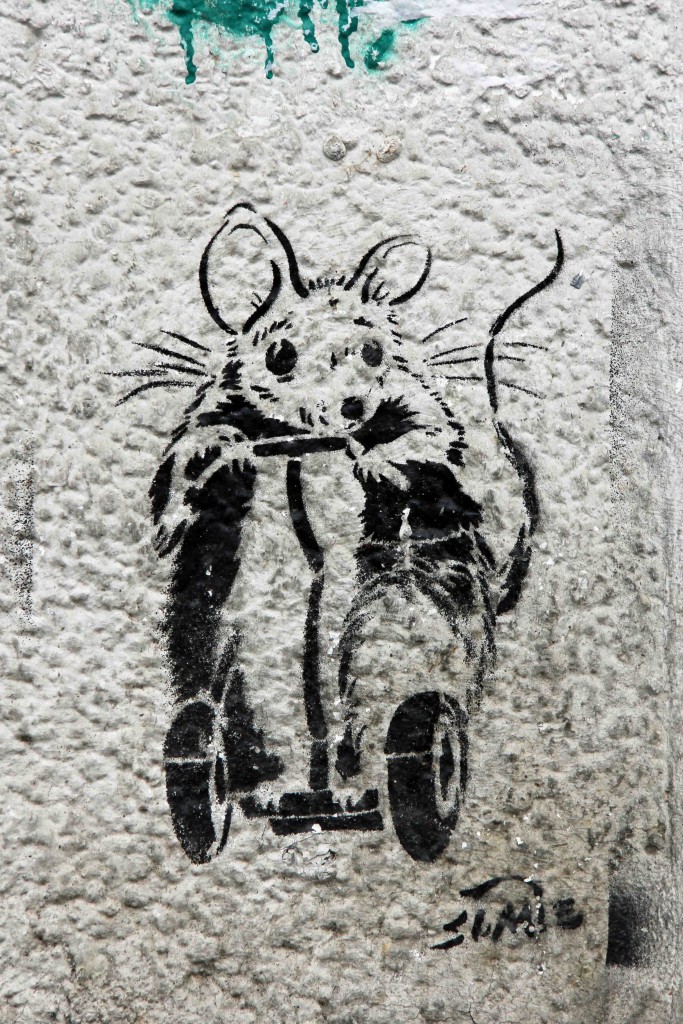