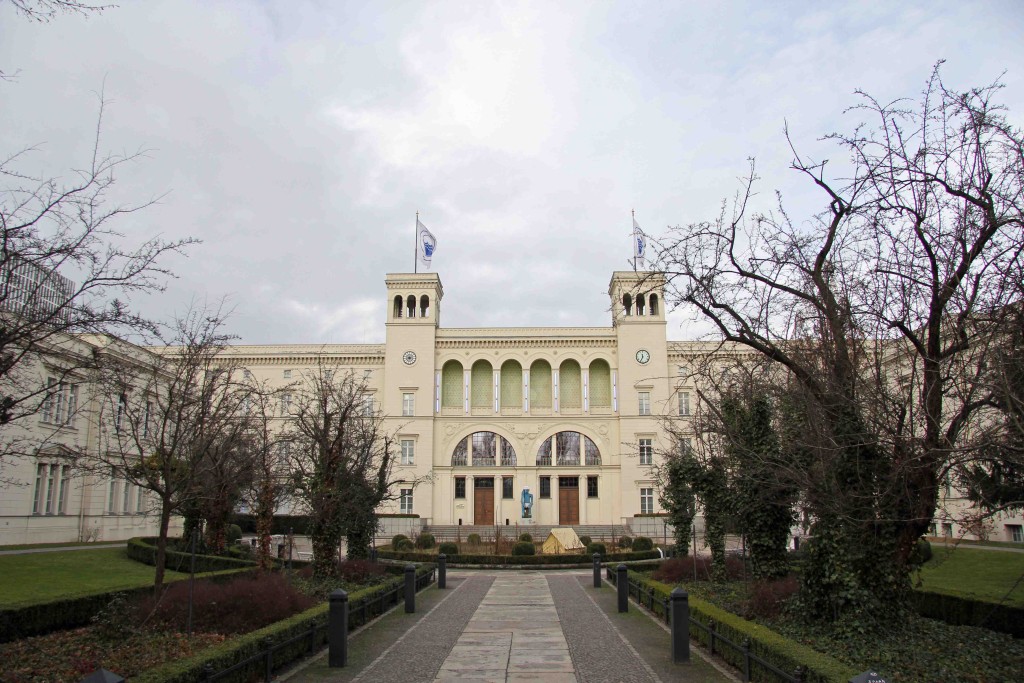 The Hamburger Bahnhof – Museum für Gegenwart (Museum of Contemporary Art) in Berlin was the first venue I visited with my first Museum Pass in 2010 so it seemed appropriate that it should be the first stop on my Berlin Museum Marathon.

At the beginning of February I used the Museum Pass my work colleagues bought for me when I left my job in London in 2011 and was determined to see as many of Berlin’s wonderful museums and galleries as I possibly could in three days.

As well as that first visit in 2010, I also went to Hamburger Bahnhof during my second Berlin holiday in 2011 and I enjoyed both visits so much that I was determined to go back.

The Hamburger Bahnhof was originally built in the mid 19th century as the terminus of the Berlin to Hamburg railway but was too small for its purpose by 1906 when it first became a museum of traffic and technology.

Since 1996 the The Hamburger Bahnhof – Museum für Gegenwart has housed the Contemporary Art collection of the Nationalgalerie.

As it is necessary to leave all bags and rucksacks in the cloakroom in the East Wing of the museum, it was here that I started my tour of the collections.

The East Wing of the Hamburger Bahnhof houses the Marx Collection, which formed the backbone of the museum when it opened in 1996.  On display currently are the large-scale photographs of Thomas Struth and Andreas Gursky.  I have been a fan of Gursky’s incredibly detailed photographs since a friend introduced me to his work when I first took up photography. 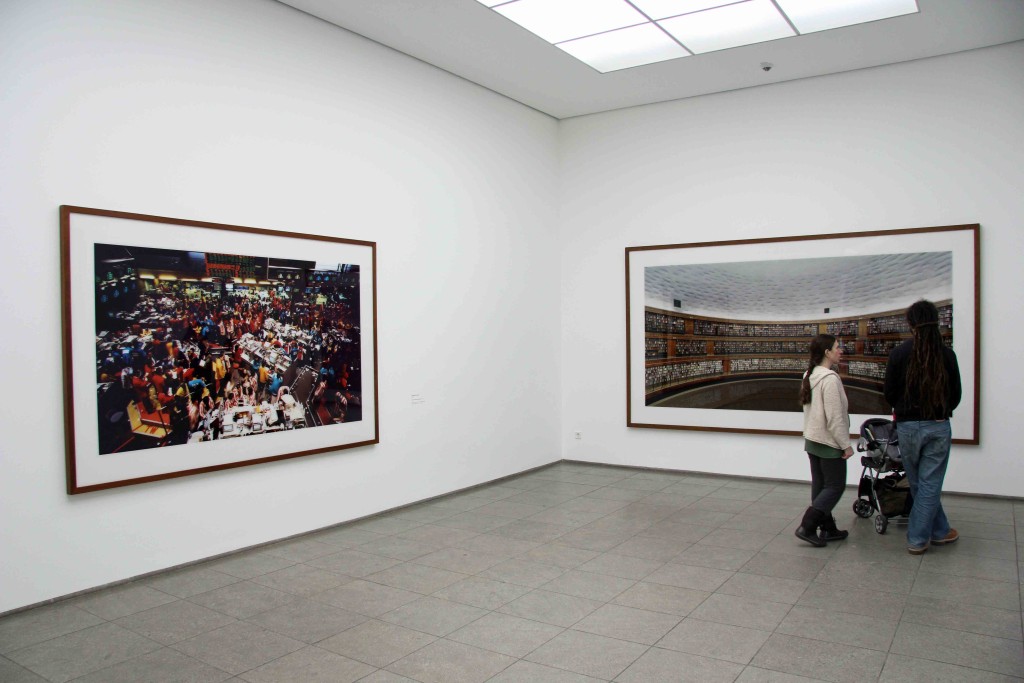 Also in the East Wing of the building, the Kleihueshalle (named after Josef Paul Kleihues – the architect responsible for the transformation of the building into an art museum) is home to more of the Marx Collection including works by Anselm Kiefer and Andy Warhol. 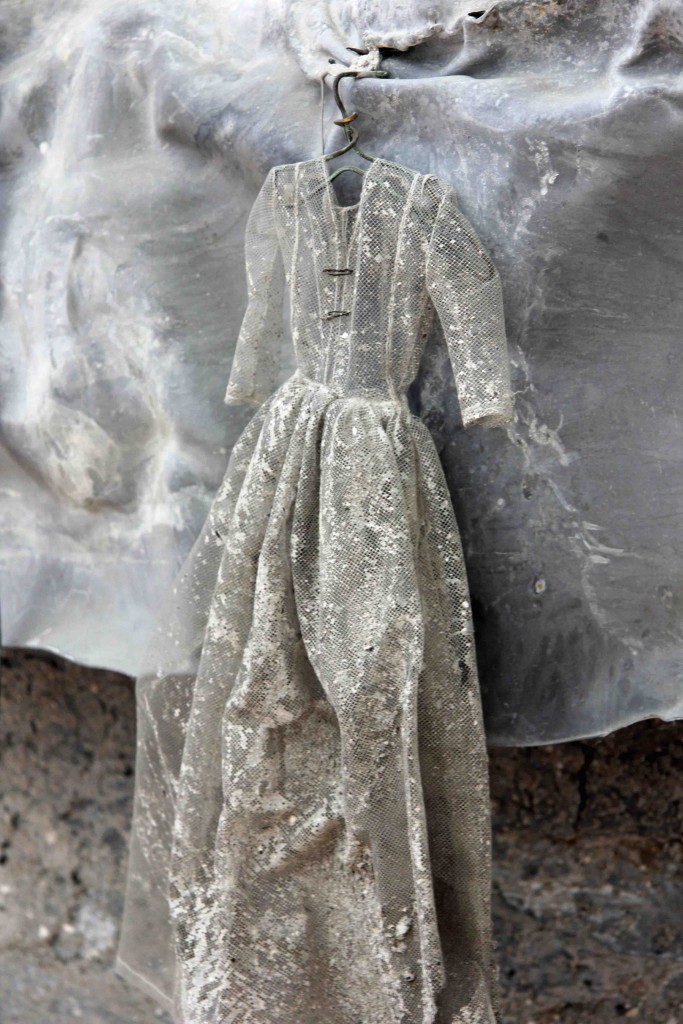 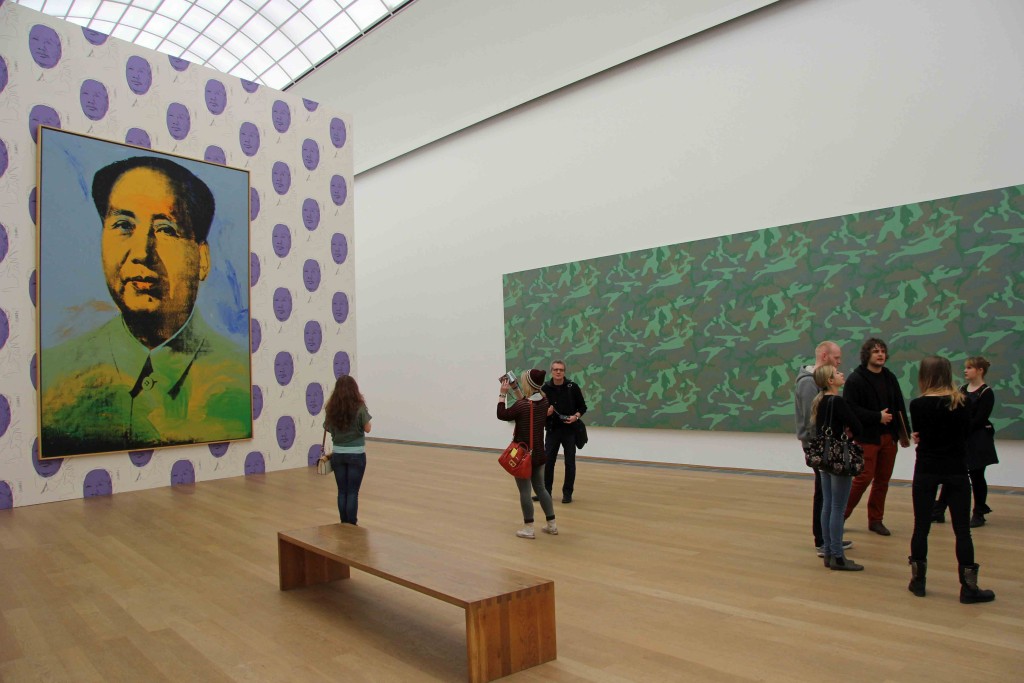 In 2010 I remember seeing Andy Warhol’s Double Elvis here but that was on display in the Neue Nationalgalerie this year.

The West Wing includes an impressive selection of work by Joseph Beuys and my favourite artwork from this visit The Artwork Nobody Knows by Ryan Gander, which reminded me of the Street Art of Slinkachu due to its small scale. 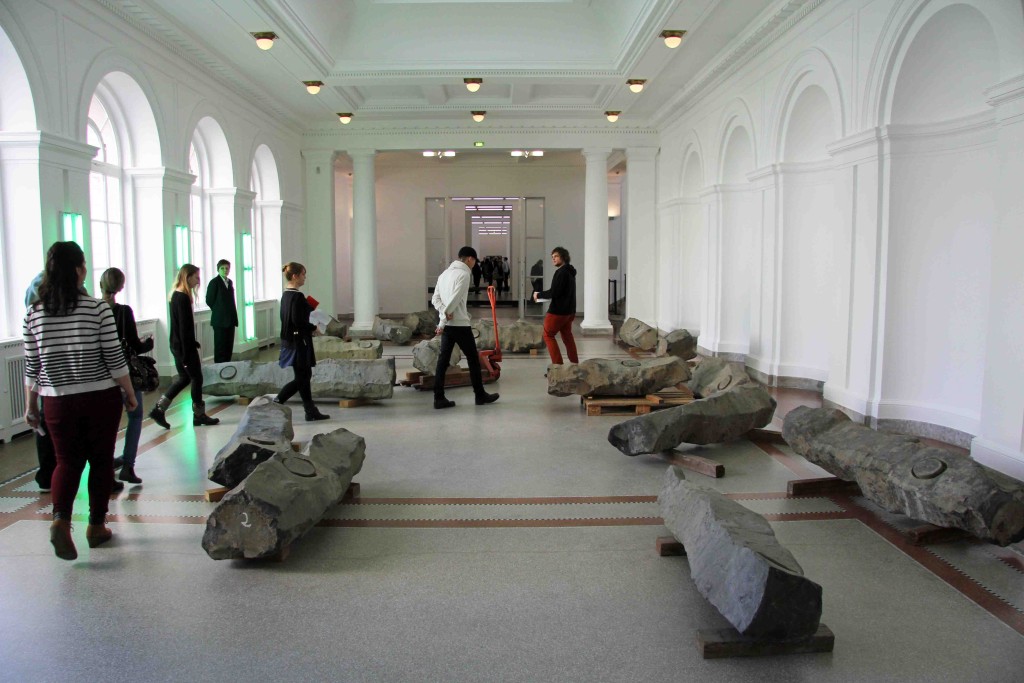 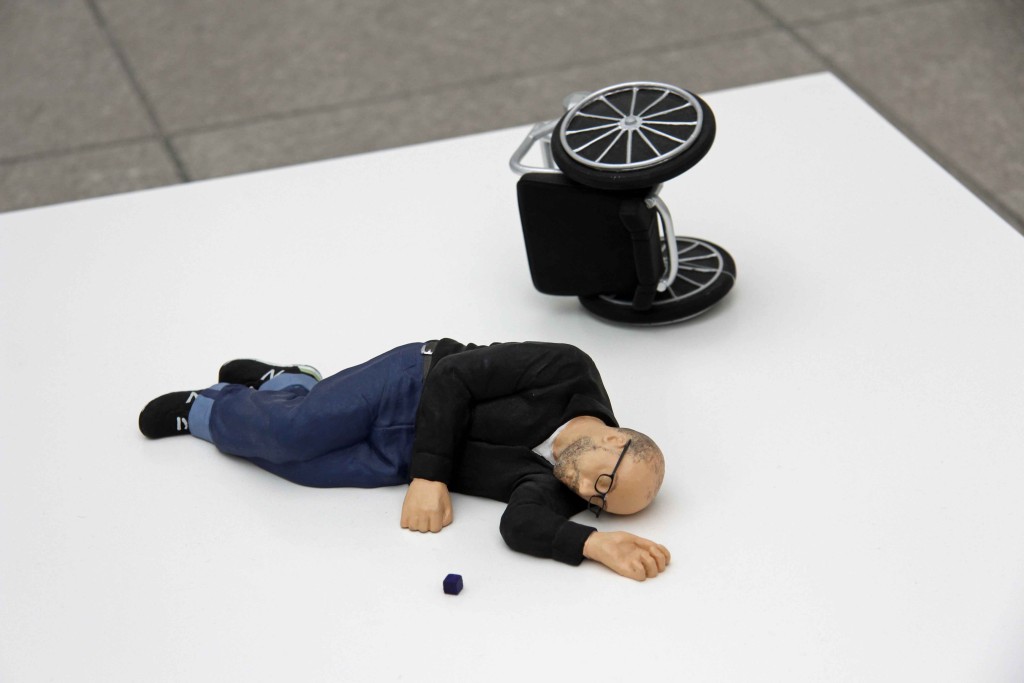 It was also in the West Wing, upstairs that time, that I saw my favourite artwork in 2010.  Schattenspiel (Shadow Play) by Hans-Peter Feldman was a captivating projection of shadows created by a moving array of toys. 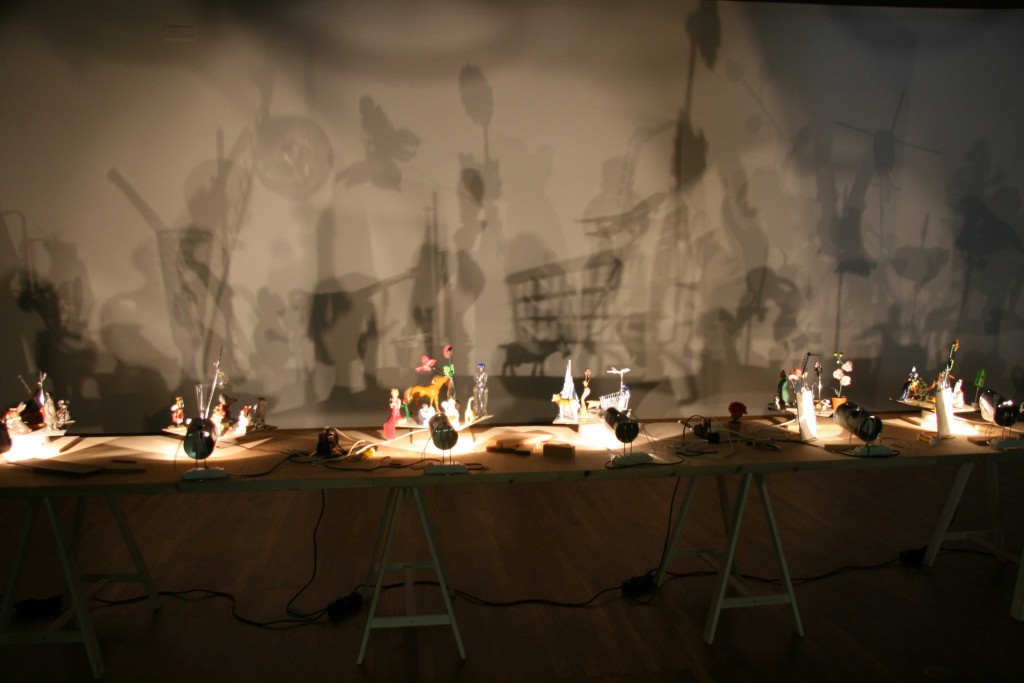 It was great to see a large group of children engaging with Martin Honert’s Kinderkreuzung (Children’s Crusade) in the Historic Hall, a large vaulted space immediately forward of the entrance. 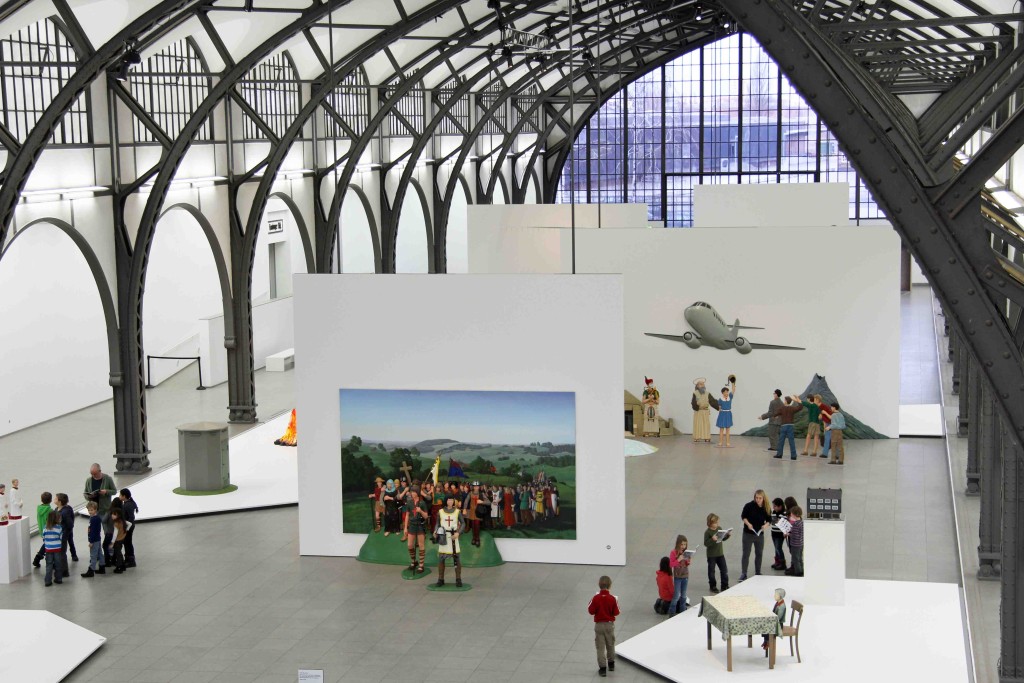 On my second visit to the Hamburger Bahnhof Museum für Gegenwart in 2011, it was here that I saw an exhibition of the works of Richard Long including his Berlin Circle and River Avon Mud Circle

During my latest visit the Rieckhallen, a former warehouse that has been connected to the museum since 2004, was closed but in 2010, it was here that I saw Clown Torture (2010), a video installation by Bruce Nauman. 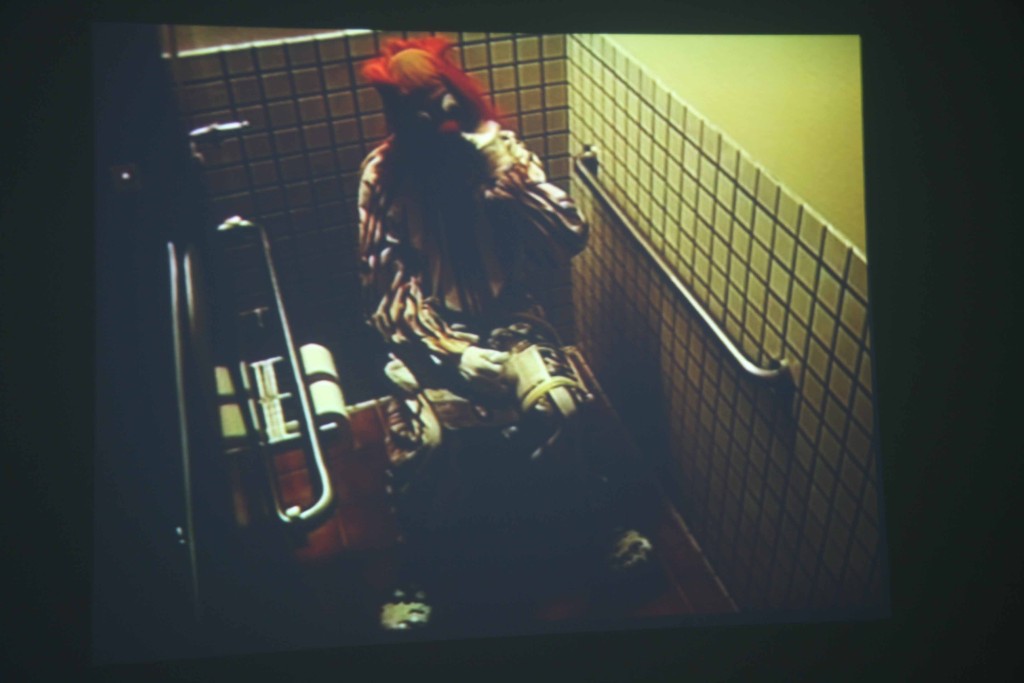 I have now been to the Hamburger Bahnhof – Museum für Gegenwart (Museum of Contemporary Art) in Berlin three times.  Each time I have seen new artworks, beautifully presented and I’m already looking forward to my next visit.