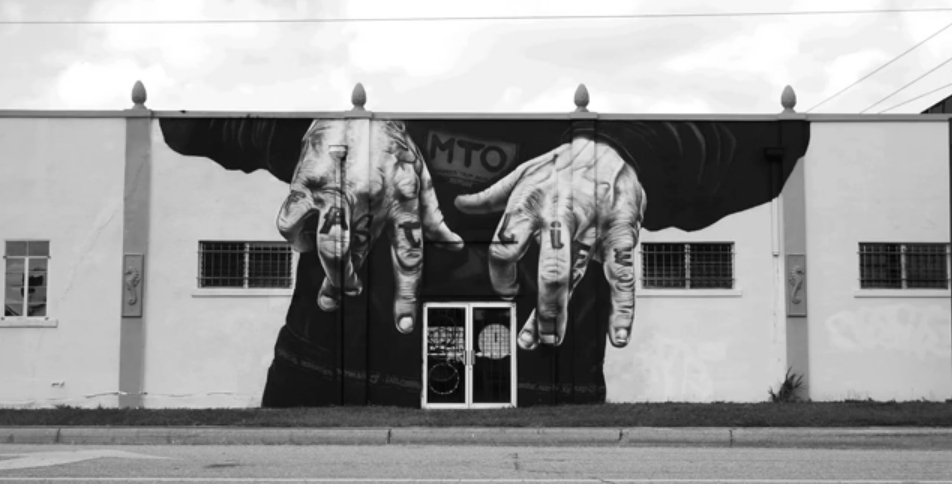 MTO is a French street artist who bases himself in Berlin and recently posted the documentary FL – Unpremeditated Movie on Vimeo.

Art has always had its detractors and modern art will always attract the most controversy. Street Art suffers doubly so because it is attacked from within as well as from the traditional opponents.

Over the past decade there has been increasingly intense interest in Street Art, an artform that owes much to graffiti and youth culture.

MTO, as I outlined in a recent post has brought photorealistic art to the streets and no more controversially so than in Sarasota, Florida.

His Fast Life mural, painted as part of the Sarasota Chalk Festival attracted much criticism for what was seen by some as a glorification of gang culture.

In this documentary, MTO presents his version of how events played out.