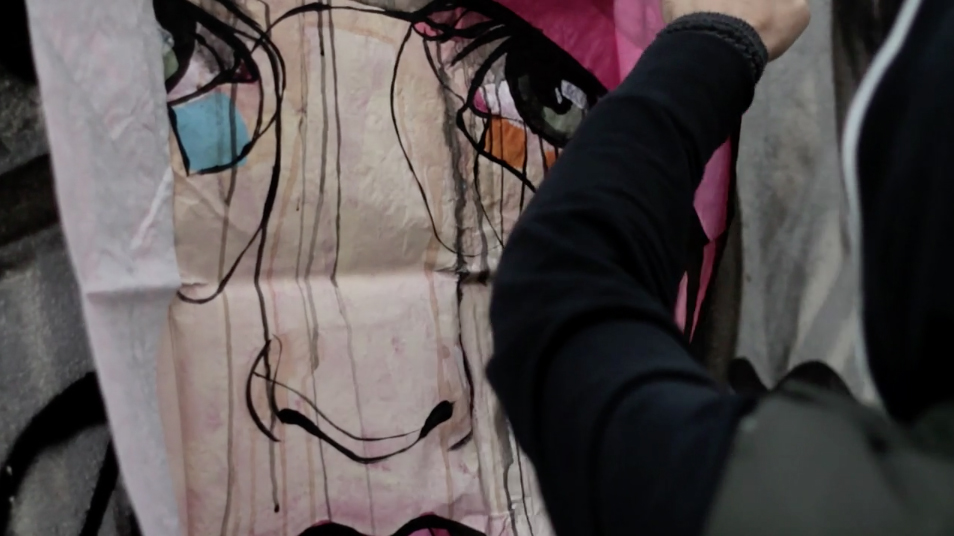 Prolific Berlin-based street artist El Bocho speaks to Andreas Lamoth and Frederic Leitzke about his work and his motivations in 2013 in a new episode of their award-winning documentary In the Belly of a Whale.

You may recognise a number of the pieces featured as El Bocho has appeared many many times on andBerlin.  Street art from his Citizen series, Little Lucy and most recently Tina Berlina characters pop up regularly on the streets of Berlin.  You can see more of his work on his website and Facebook page.

In the Belly of a Whale – El Bocho

Berlin, Documentary, El Bocho, In the Belly of a Whale, Street Art

Autumn Colours in Berlin
Sunday Documentary: The Iconic Photo of the Fall of the Berlin Wall