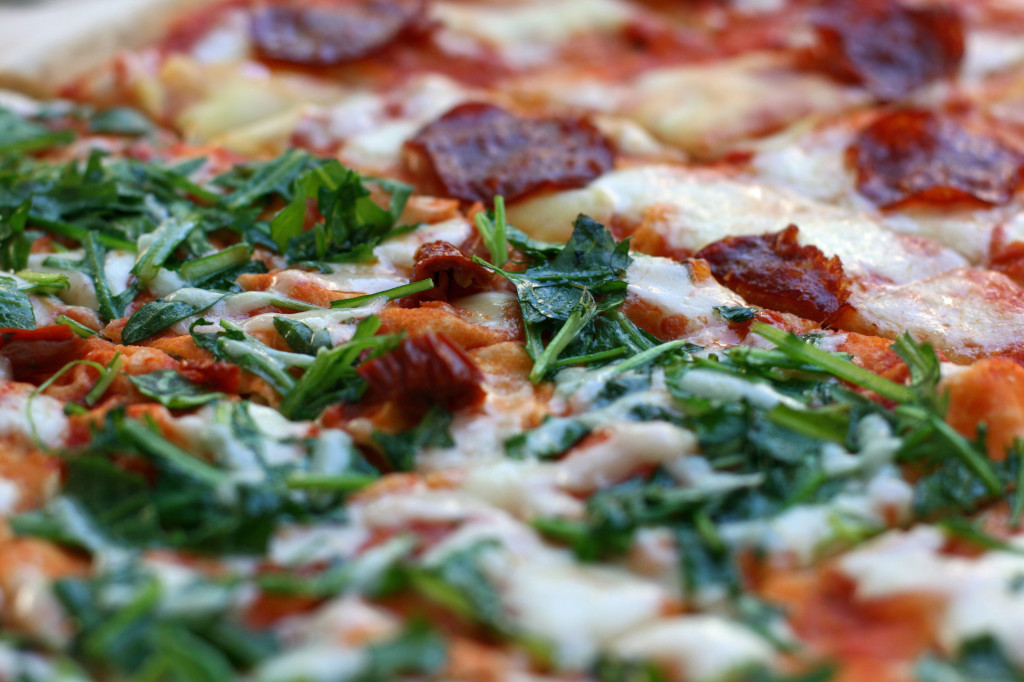 Caramello on Hufelandstrasse in Prenzlauer Berg serves the most amazingly tasty pizza by the slice with a thin and slightly crisp base.

Soon after I arrived in Berlin I decided that one way to see the city and perhaps a few surprises was to pick a section of the map and walk the streets in it in a grid.  And that’s how I spent an enjoyable couple of hours last Friday.

I chose a group of streets bordered by Am Friedrichshain, Greifswalder Strasse, Danziger Strasse and Kniproderstrasse.

I had almost finished ‘walking the grid’ and feeling peckish had started to think about lunch when I came out of Esmarchstrasse on Hufelandstrasse.  Perfect, there on the corner right in front of me was Caramello.

All of the pavement tables were taken and there was a line of people snaking out of the door – good signs – I took a few more turns to see the last streets in my chosen section of the map and came back about 10 minutes later.

By this point, there were a few less people in the queue and a couple of seats free.

At the counter in Cramello, pizzas are laid out by the slice, partly cooked and popped in the oven to finish cooking and warm through once you make your selection.  They are available to take away or served on wooden boards (like cheese boards) for those eating in.

I decided on a slice of Spicy Salami and a slice of Ruccola (Rocket), which cost €5, and took my board to a table outside. 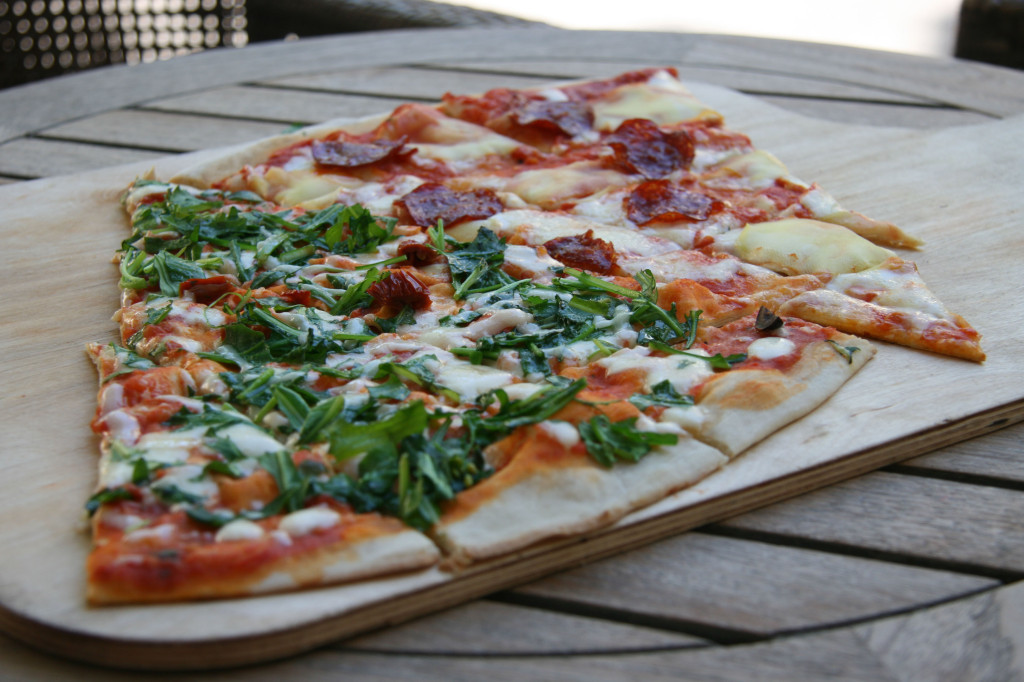 Great pizza for me is one of those simply satisfying meals – at its best when it hasn’t been over-complicated and at Caramello the toppings are generous but nicely balanced.

My only criticism is that the Rocket would be better added to the pizza after it came out of the oven but that’s a minor niggle.

The pizza is so good that I was back again on Sunday for another couple of slices before I strolled to Mauerpark for my first experience of Bearpit Karaoke.

For those with a sweet tooth, Caramello also has an ice cream counter and next time I’m going to treat myself to the Vollmilchschokolade (milk chocolate).