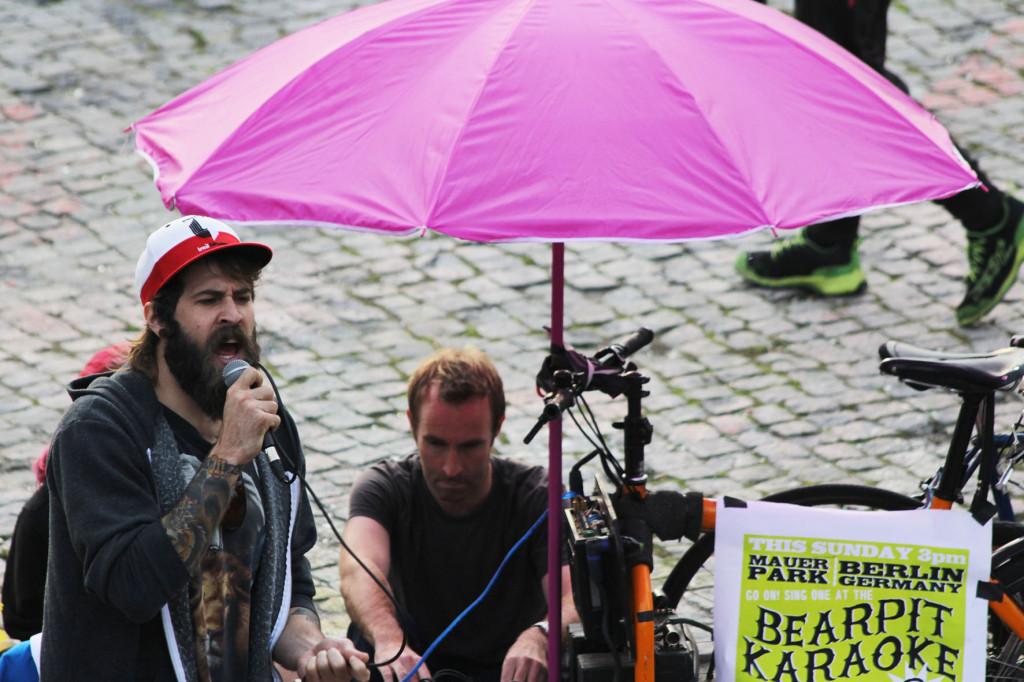 Sonntags Karaoke im Mauerpark or Bearpit Karaoke as it is commonly known has grown from an innovative busking idea into an internationally known regular entertainment event and Berlin guidebook staple. 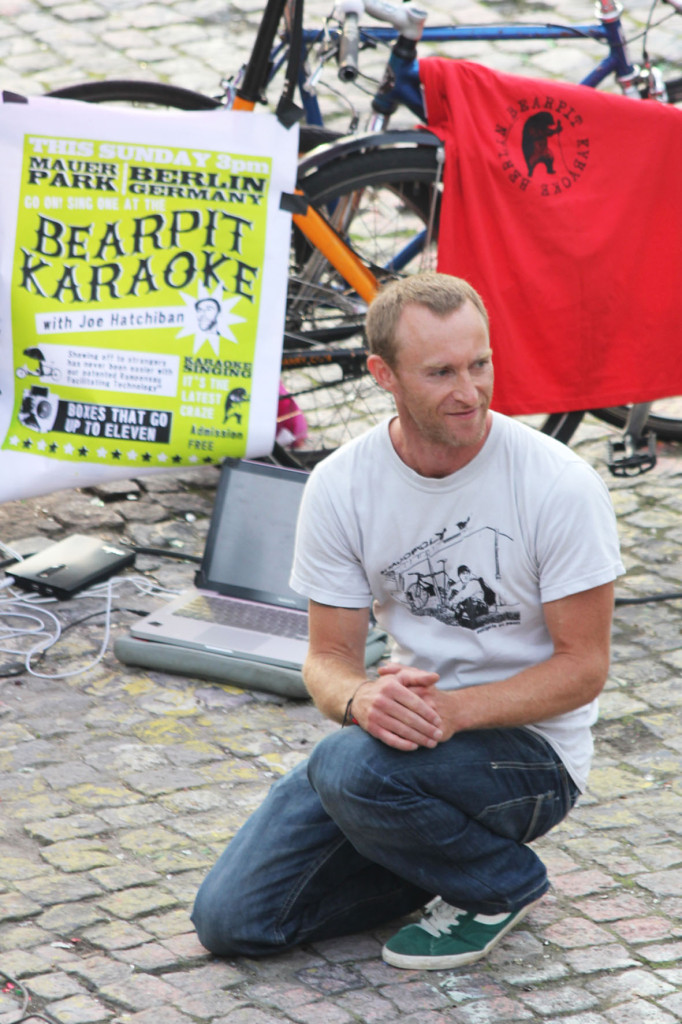 It all started in 2009 when Joe Hatchiban (real name Gareth Lennon) rode around Berlin with some friends and a Karaoke machine.  One of the places they stopped was Mauerpark and the Bearpit Karaoke was born.

Rest assured the name Bearpit Karaoake isn’t a reference to the ferocity of the crowd but rather the stone amphitheatre in the former death strip at Mauerpark that hosts it.  In fact the crowd will always find some reason, whether it is a note perfect performance or an enthusiastic but tone deaf rendition, or maybe the singer’s obvious enthusiasm or shyness, to give very vocal support to those with the balls to perform.

For the thousands of people, tourists and Berliners alike, drawn to the regular Sunday flea market, Flohmarkt am Mauerpark, across the park, the Karaoke provides entertainment and a respite from the haggling hordes. 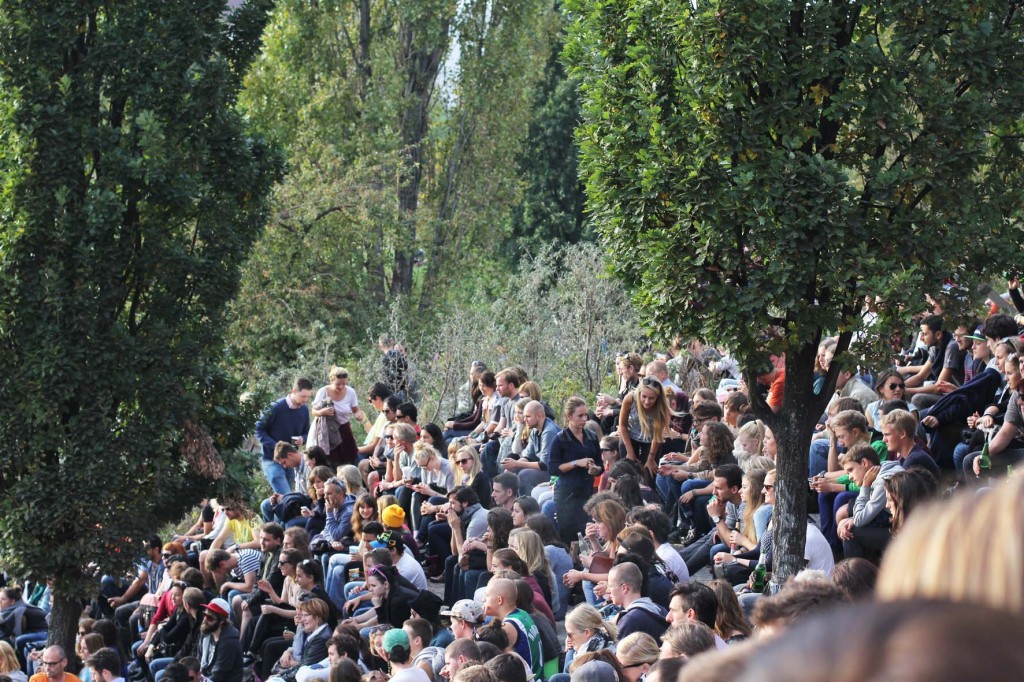 If you’re lucky enough to find a spot on the steps of a sunny Sunday, you can rest your feet and enjoy a cold beer, whilst a parade of plucky would-be entertainers takes to the stage to belt out their favourite songs. 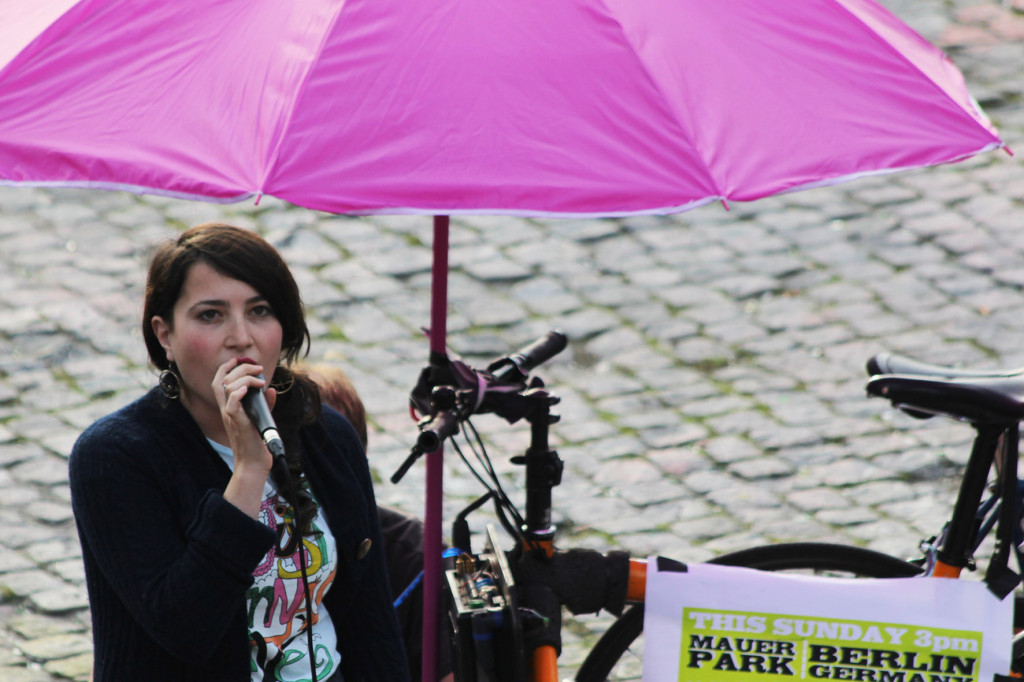 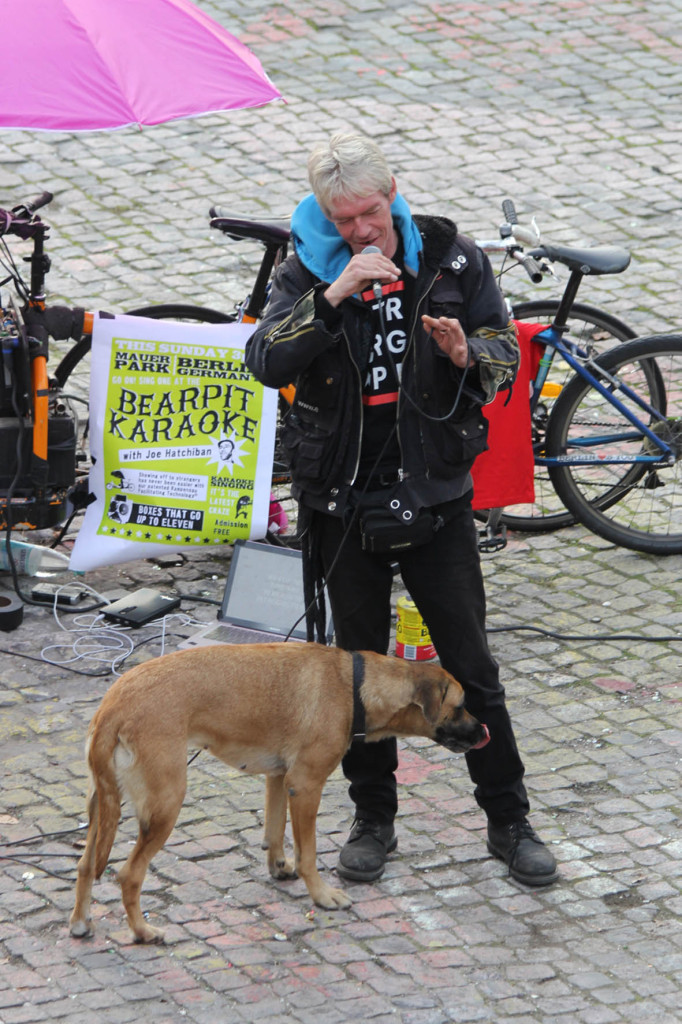 A singer performs Wish You Were Here at Bearpit Karaoke 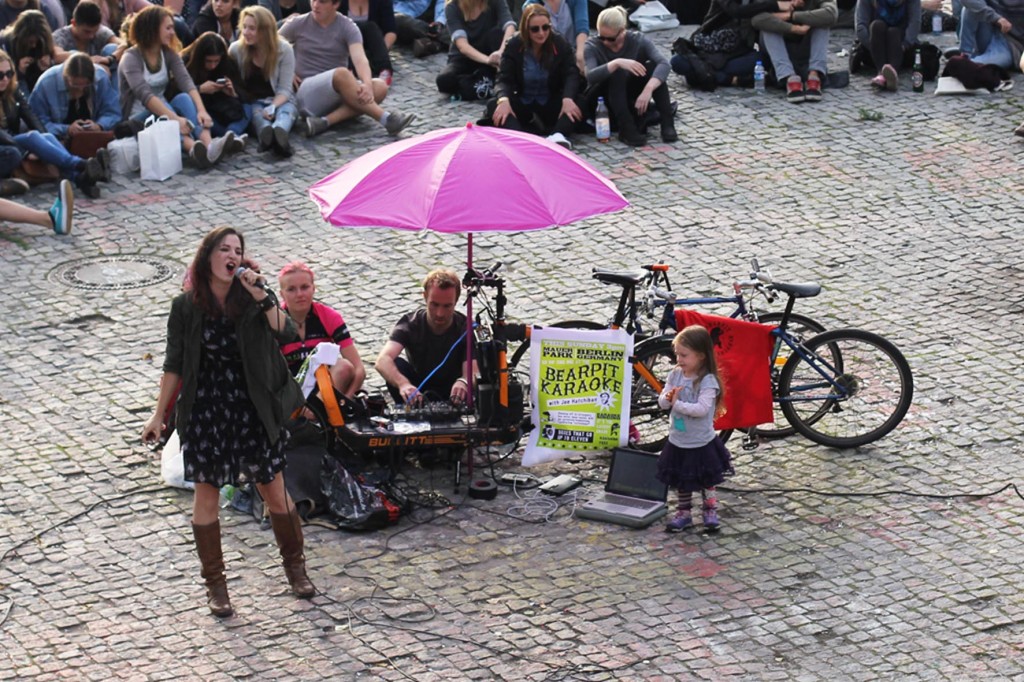 On an unseasonably warm and sunny Sunday in the last weekend in September Steffi and I joined the gathered crowd and spent an hour or two enjoying the show.

This being Berlin, sooner or later one of the local nut jobs gets on the stage looking for some attention, not wanting to sing but rather to detract from those people who have been patiently waiting their turn.

Joe, though, has seen it all before and finds a way to bring the attention back to the singers.  In fact, his rapport with those who put themselves out there is one of the charms of the event. Each, is introduced by name with a little info about where they’re from and what they are doing in Berlin.

The Sonntags Karaoke in Mauerpark is funded by donations and so Joe walks around the crowd from time to time with a tin collecting money.  There have been some difficulties in the past due to the availability of permits and increasing costs so it’s important that you give a little something if you enjoy the show and want it to continue.

There are a few enterprising individuals who have spotted the opportunity to make a few Euros from such a captive audience.  A couple of guys walk around the Bearpit selling beer – all I can say is that they must have ridiculously strong arms to carry the crates around for hours like they do.

Another set of enterprising Berliners collect the empty bottles to cash in for the Pfand – for those not familiar with the German system an 8c deposit is paid on each beer bottle to encourage recycling.

The added bonus of this is that one of the council’s potential issues with the continuation of the Karaoke is a perceived rubbish problem.  This along with Joe’s constant encouragement to the crowd to take any other items away with them ensures the area is kept relatively tidy. 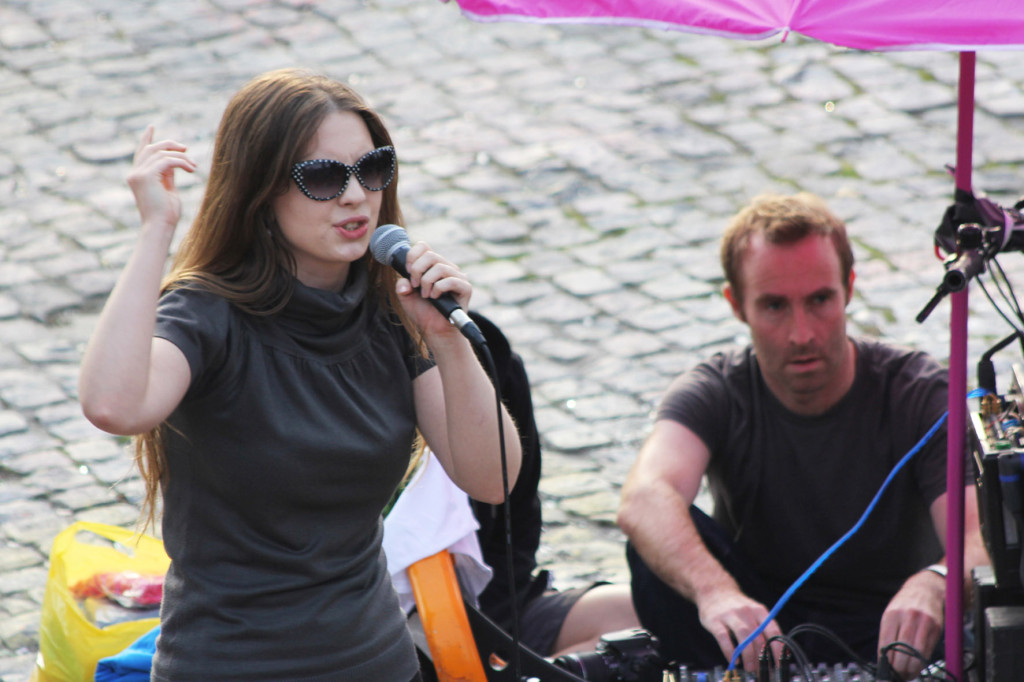 Weather and permits allowing, Joe Hatchiban is at the Mauerpark with his Karaoke machine Sundays from 15:00 but best to check the Sonntags Karaoke im Mauerpark Facebook page to avoid a wasted trip.  Bearpit Karaoke really is a uniquely Berlin thing (as far as I’m aware) so whether you’re visiting the city for a weekend or are a permanent resident it is something you should experience at least once – whether you should sing or not, well that is something you’ll have to decide for yourself.