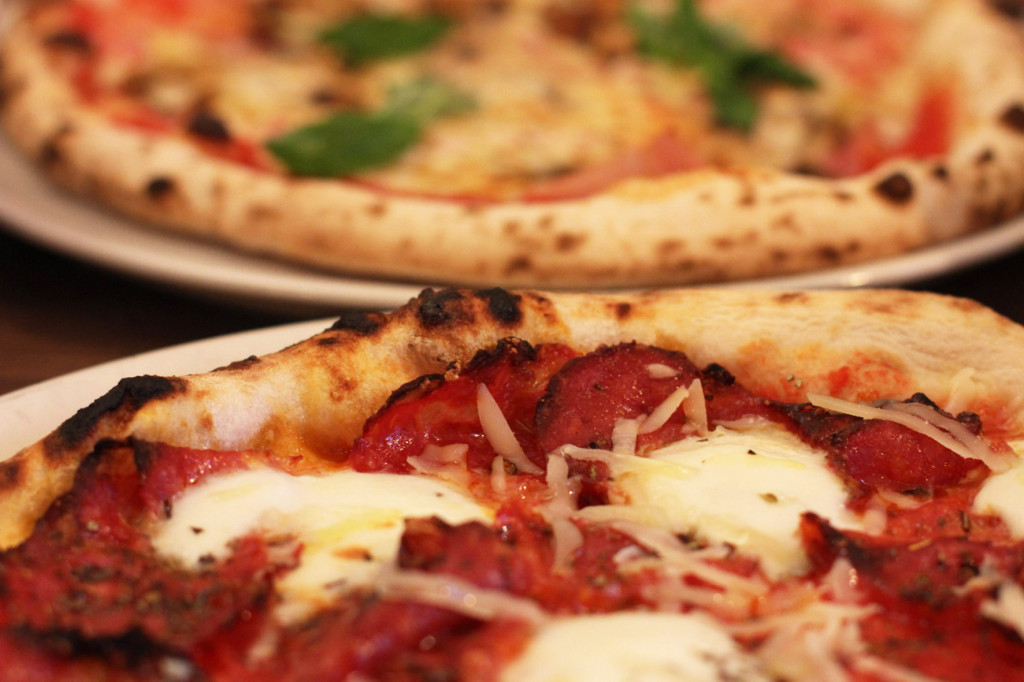 Zola, is a small pizzeria in Kreuzberg, which opened in a Paul-Lincke-Ufer Hinterhof (courtyard) in January 2015, selling Neapolitan wood-fired pizza.

The Zola philosophy, concept and method is neatly summed up in this paragraph from the Facebook event for the opening:

We love good pizza but too rarely get some.

That’s why we’ve decided to bake it ourselves, based on the essence of true Neapolitan pizza.  The heart of our pizzeria is Berlin’s first wood-fired oven designed by legendary Stefano Ferrara of Naples.  Our dough is left to rest for at least 24 hours and our carefully selected and imported ingredients are sacred to us. After 60 to 90 seconds in glowing heat at 485 degrees – the perfect pizza comes out.

On our visit, Steffi and I ordered a Spianata – tomatoes, mozzarella, spicy salami, oregano, Grana Padano and olive oil – and a pizza with ham, mushrooms and basil, the name of which escapes me. 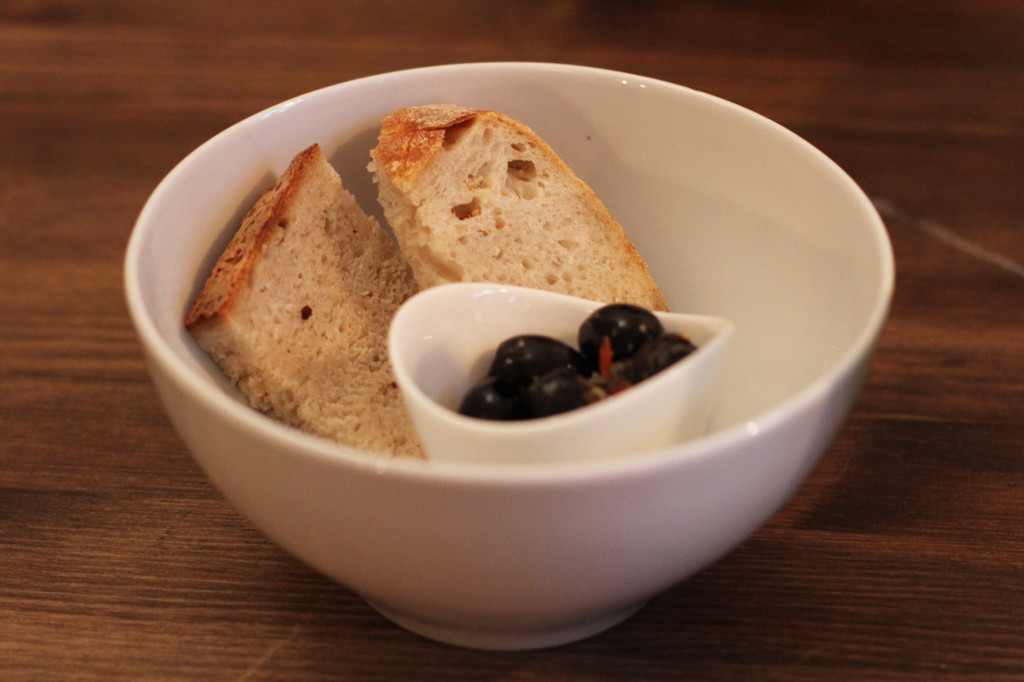 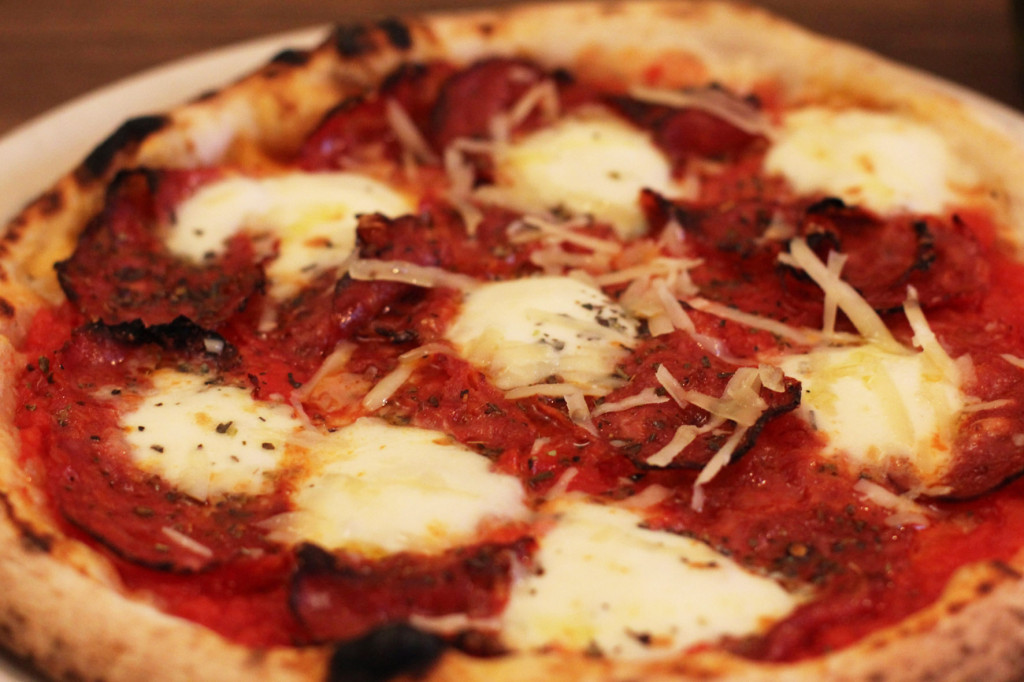 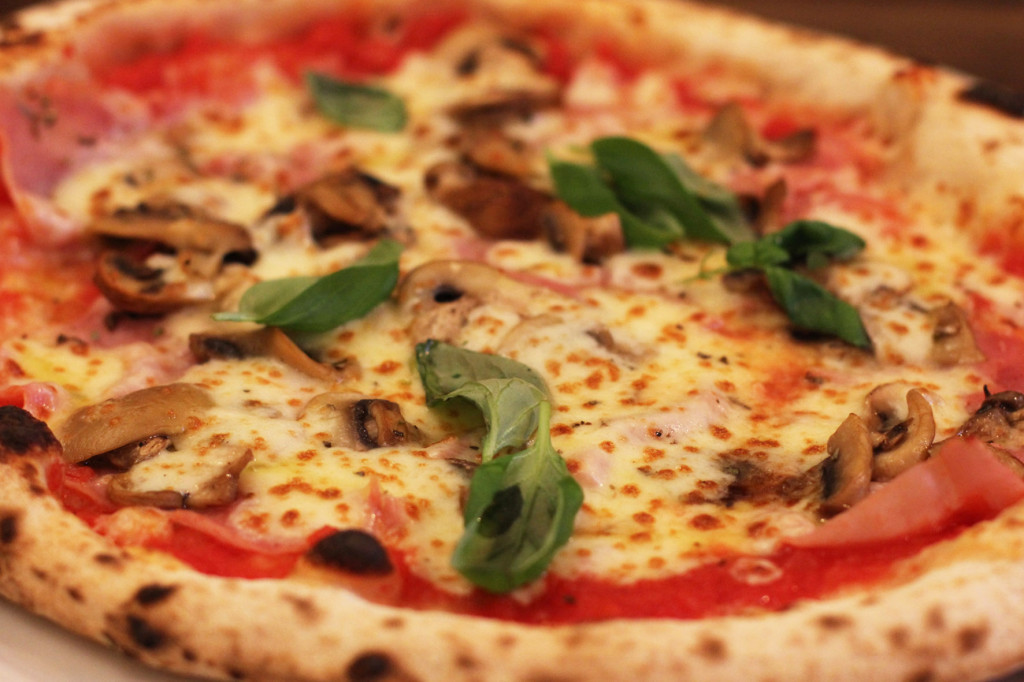 While we waited for our pizzas, the waitress brought us some bread and olives.  The bread she explained is homemade, baked in the pizza oven and available to takeaway.  This turned out to be a great marketing ploy as the bread was so tasty and fresh we couldn’t go home without buying a loaf.

The pizza was equally good; the base was thin, the crust thick and the toppings wonderfully balanced.  It was a thing of beauty and mouth-wateringly full of flavour to boot.

Zola is in the courtyard of Paul-Lincke-Ufer 39-40 – keep an eye out for the distinctive black and white Z logo and Concierge Coffee, which occupies the front building.  It is perfectly placed for a pre- or post-pizza stroll around the Turkish market on Maybachufer on the opposite bank of the Landwehrkanal.  In summer it would be great to take the pizza down to the edge of the canal for a casual picnic.