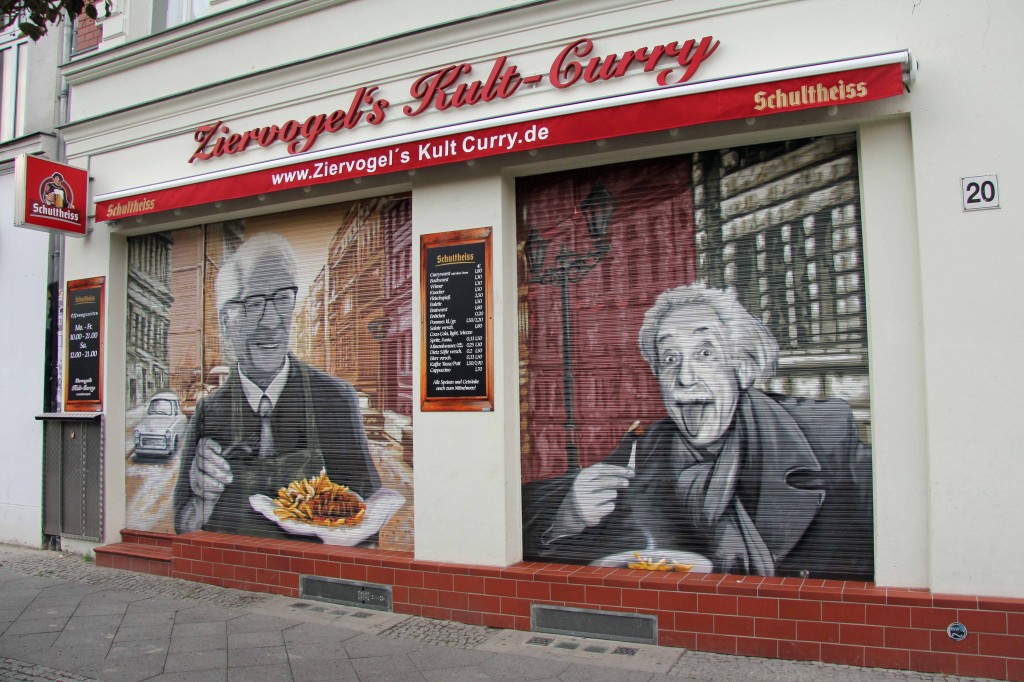 When I heard that a new Currywurst Imbiss, Ziervogel’s Kult-Curry, had opened on Schönhauser Allee in Berlin’s Prenzlauer Berg I had to go along and try it out.

As a currywurst fan I would have gone anyway but the sensationalist headlines in the papers about the ‘family feud’ that led to its opening certainly added to the intrigue.

Ziervogel’s Kult-Curry is owned and operated by Mario Ziervogel and his wife, Viola.  The name Ziervogel may not mean much to you but his grandfather’s name, Max Konnopke, may ring some bells.  Chances are, if you’ve read a Berlin guidebook, you’ve heard of Konnopke’s Imbiss.

Any comment on the dispute between Waltraud Ziervogel, the current owner of Konnopke’s Imbiss and her son, Mario, would be pure conjecture on my part (for all I know it could be a brilliant marketing ploy), as everything I know I’ve found out second hand.

If you’d like to know more you can check out this video – Der skurrile Currywurst-streit von Berlin – on Stern.de or this article – Vorsicht, heiß und fetzig – on Suddeutsche.de (both in German).

So, onto the currywurst. 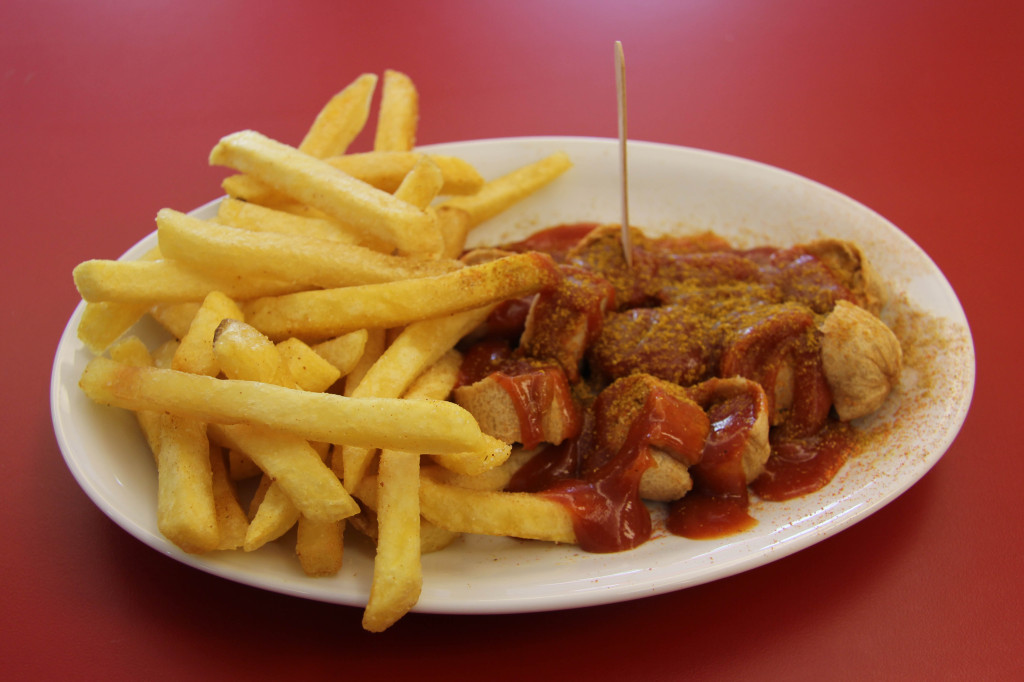 I had my first taste of the food at Ziervogel’s Kult-Curry on the second day of trading when the cards, flowers, balloons and other gifts from well-wishers were laid out on a table in the Imbiss.

In a similar vein to Curry 66, Mario Ziervogel has decided to give customers a choice of sauces of varying spiciness.  The sauces available are:

On my first visit I chose the ‘Scharf’ sauce and my first impressions were that the taste and quality of the meal were very similar to Konnopke’s – the sausage was tasty, the sauce lightly spiced but slightly sweet and the chips delicious.  Which is what you’d expect when the owner spent so long preparing and serving the currywurst there.

As Konnopke’s has established such a reputation for serving good currywurst, that’s certainly no bad thing.

On my second visit I went one hotter and had the ‘Sehr Scharf’ and this is where the two Imbiss differ.  There was a marked increase in the spiciness of the sauce and for those who like a little kick to their food that’s a definite bonus.

I also like that this new Imbiss has an indoor counter and dining space and the service is very warm (as you would expect from a newly opened business but, hopefully, long may it continue).

Time will tell if this will be enough to gain Ziervogel’s Kult-Curry the cult following Konnopke’s Imbiss has and its owner plainly seeks.