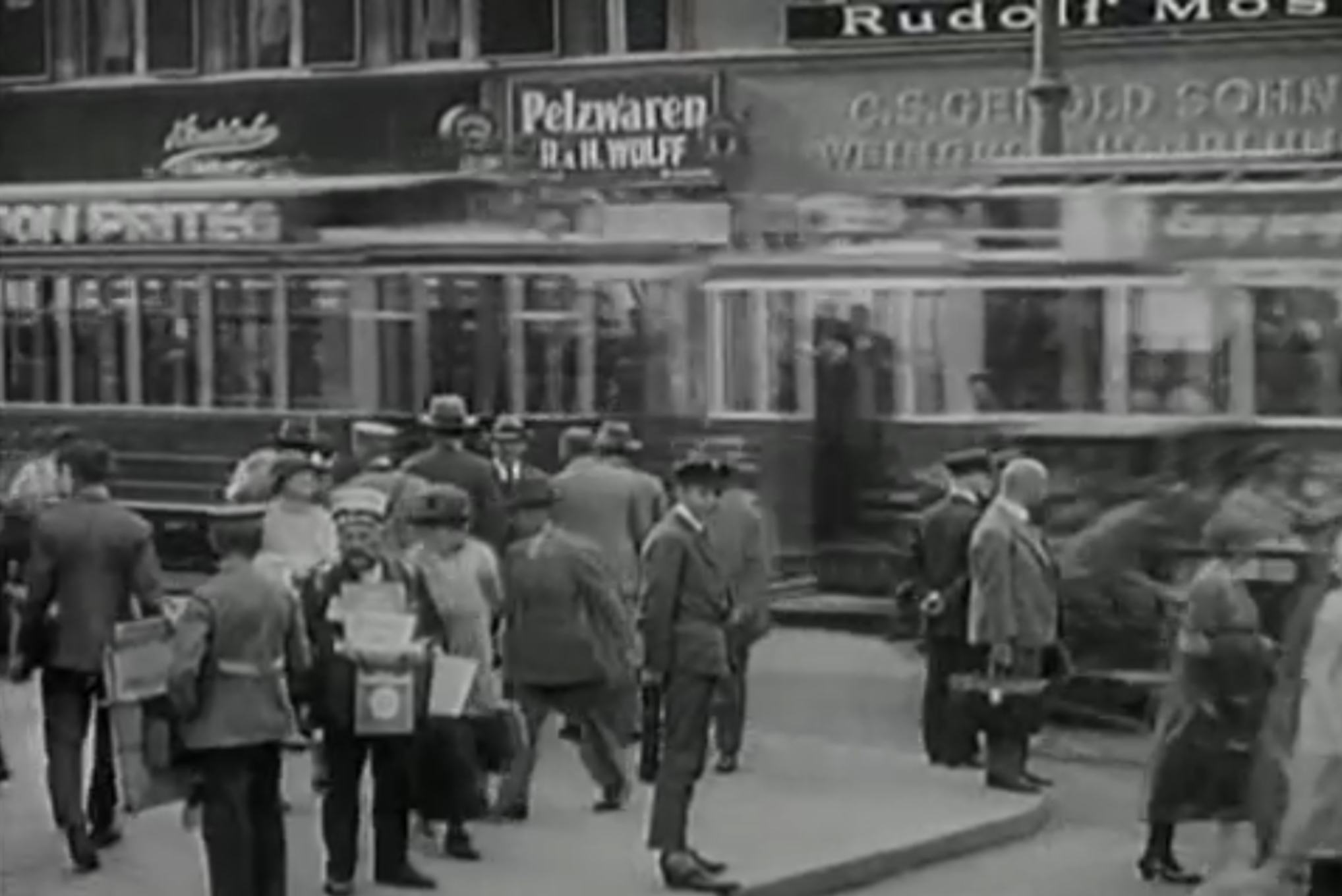 Screenshot from Berlin – Symphony of a Great City Screenshot on YouTube

Berlin – Symphony of a Great City, released in 1927, is a classic of the golden age of silent film and a compelling document of life in Berlin in the interwar years.

The film is presented as a day in the life of Berlin but Walter Ruttmann edited together footage recorded over the course of more than a year, much of it captured using hidden camera techniques, into a beautiful film.

Presented in five distinct acts Berlin – Symphony of a Great City has the added draw of preserving on film a city that no longer exists. Less than 20 years later many of the charming buildings of the capital of the Weimar Republic seen here were levelled by allied bombing raids.

Despite watching very carefully I recognised very few streets and buildings but it is the insight that the film offers into life in the city at the time that is for me so intriguing. The transport options of the era feature heavily in all acts; there are trains, trams, horse-drawn carriages, buses, cars, and aeroplanes.

Modern Germans with their love of waiting for the Ampelmann will be horrified to see people running across the street willy nilly, dodging cars and bikes.

Old-school buses with staircases on the outside, the typewriters and rotary dial telephones of the age brought a smile to my face. I also had to laugh at the scene of a young girl playing with lion cubs – these days zoo visitors wouldn’t come within metres of, let alone be able to drag one by the tail. Keep an eye out too for the fine gentlemen of Berlin with the kind of beards sported by Baristas in third wave hipster coffee shops these days.

The original Berlin – Symphony of a Great City was edited to and accompanied by an orchestral soundtrack composed by Edmund Maisel but the YouTube version is completely silent. I recommend looking up the original soundtrack on Spotify – the synchronisation will be a little off but it gives at least a sense of the original film presentation.

Berlin – Symphony of a Great City