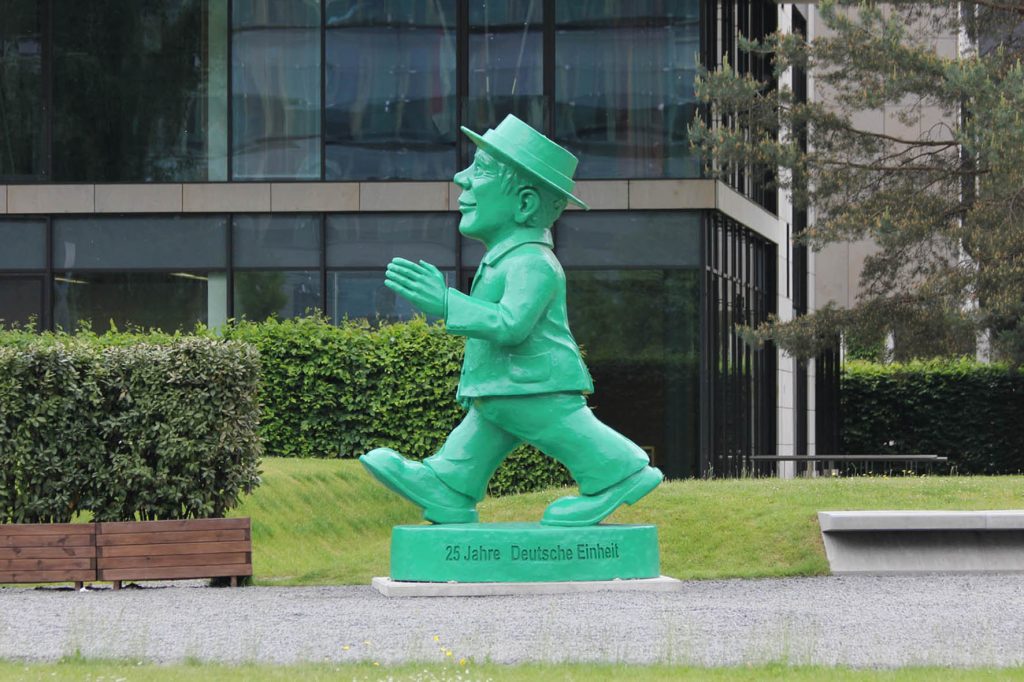 Germans* are almost obsessive about waiting for the Ampelmann (the traffic light man) to signal it’s safe to cross the road.  Pedestrians in Berlin spend years of their lives standing at empty crossings praying for the little green man with his purposeful stride and jaunty hat to appear, so I suppose it’s only natural that Berlin should have a Giant Ampelmann statue.

* this is a generalisation, so of course there are exceptions. 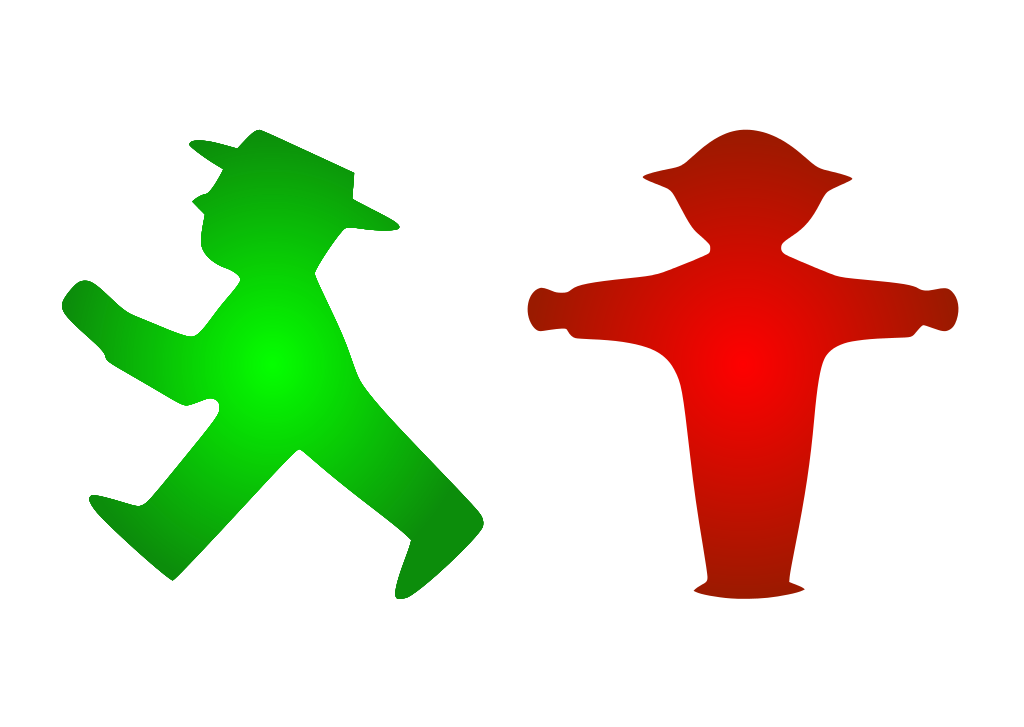 The Ampelmännchen (a cute diminutive term also used) on which the statue is based, designed by traffic psychologist Karl Peglau, first appeared on the streets of East Berlin in October 1961.

After reunification it seemed for a time that, like the wall and the Trabi, the East German Ampelmann design would be consigned to history.  But, when the lights were replaced by their considerably less cheerful Western counterpart, the people protested.  Under the motto ‘Wir sind das Volk’ (We are the people) East Germans and West Germans alike campaigned for the reinstatement of the Peglau design. 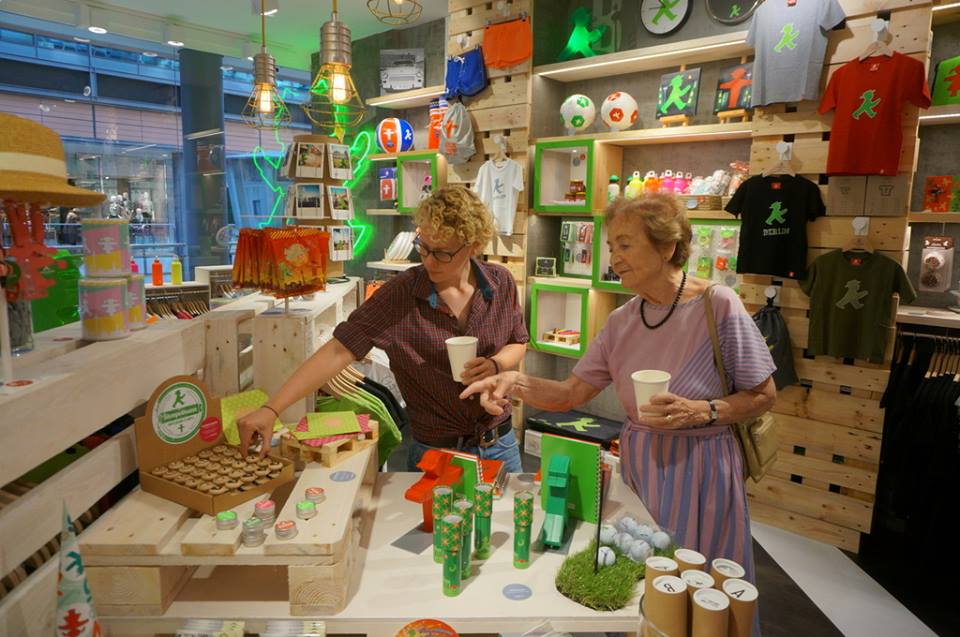 The figure has proved equally popular with visitors and a dizzying array of souvenirs featuring the striding man are snapped up by amused tourists from Ampelmann shops across Berlin.

In 2015, commissioned by the federal state of Hessen to mark the 25th anniversary of Germany unity, Ottmar Hörl created an installation of 1,000 Einheitsmännchen (Unity Men) sculptures based on Peglau’s Ampelmann.  The ‘Grenzen Überwinden’ (Overcoming Borders) installation toured the country starting at the Hessische Landesvertretung in Berlin.

The Einheitsmännchen in the original artwork were 38cm tall and reproductions are available to buy from the artist’s website.

Multiple miniature figures are a recurring theme in Hörl’s work.  In 2009, his controversial installation, ‘Dance with the Devil’, an army of 1,250 gnomes giving the Nazi salute was laid out in the market square of the Bavarian city of Straubing.

You may also recognise Sponti, a gnome giving the Stinkefinger (the middle finger) from Berlin shops. 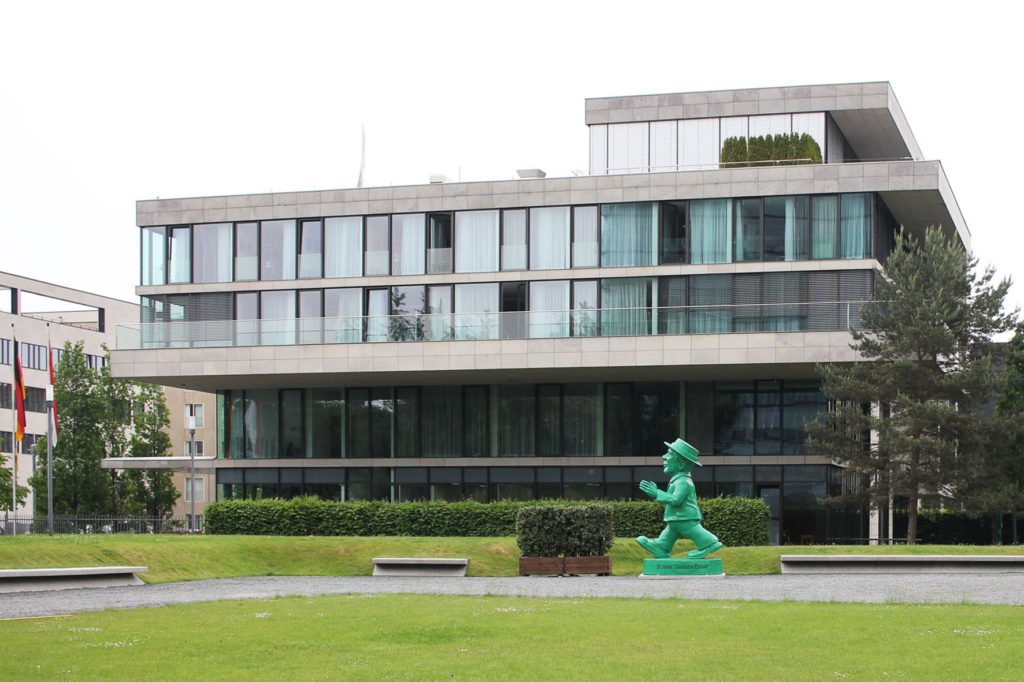 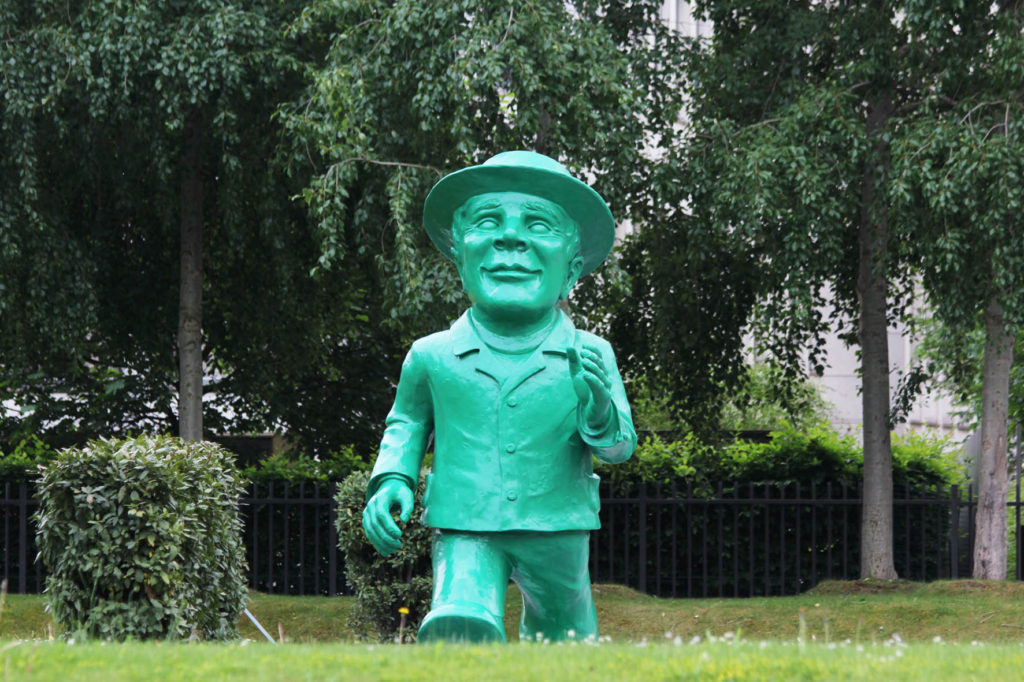 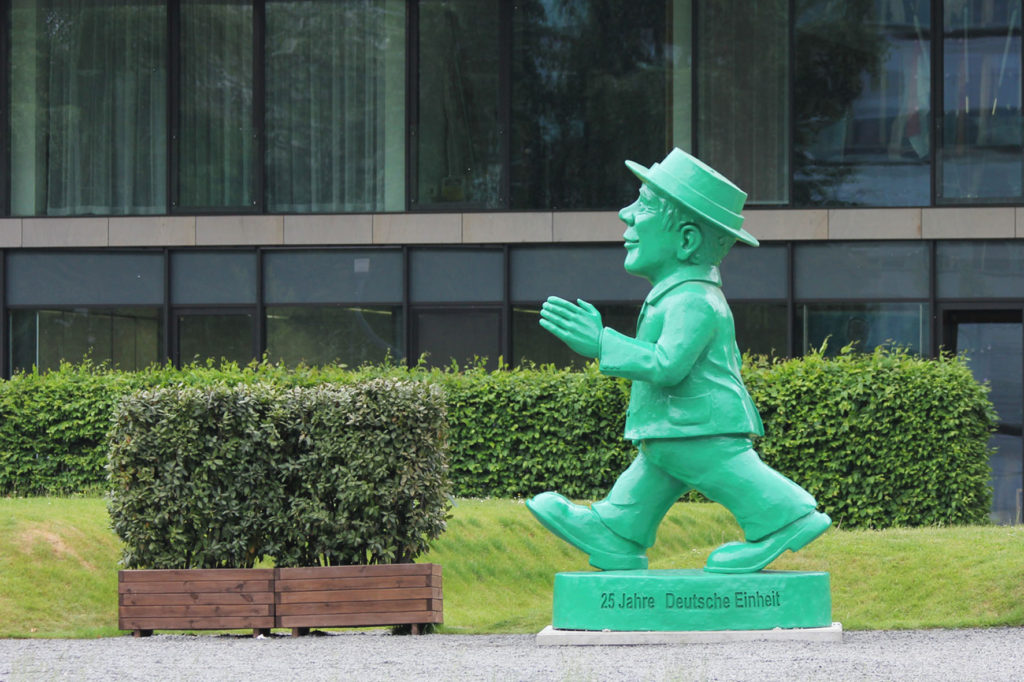 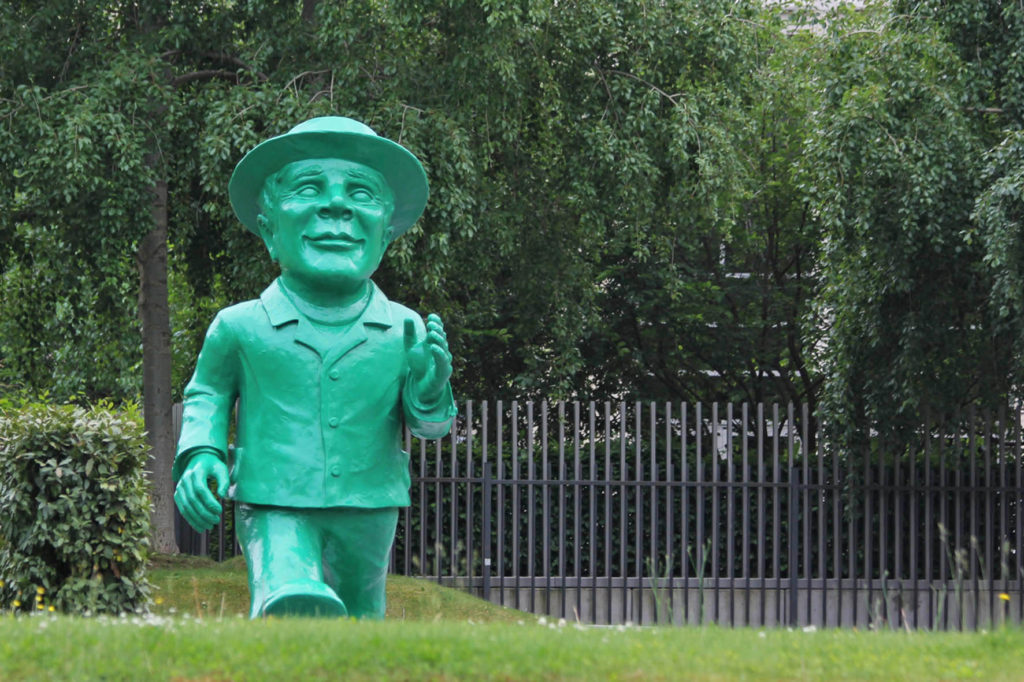 The 1,000 figures of the original installation have long since been removed but a 3.5m tall Giant Ampelmann statue with the inscription ’25 Jahre Deutsche Einheit’ (25 years of German unity) is now visible on the grounds of the Hessische Landesvertretung in Berlin from In den Ministergärten or Ebertstraße.