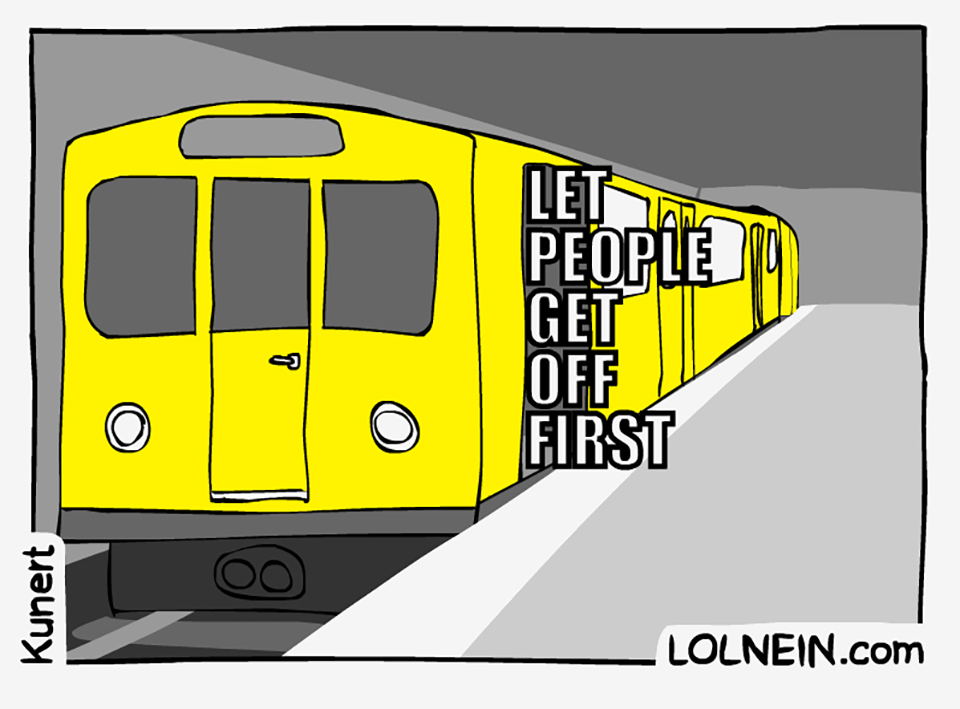 Frame from the Train Etiquette GIF from Vincent Kunert of LOLNEIN

One of the major arse-aches of train travel anywhere in the world is the inability of some people to grasp the basics of train etiquette.

Almost every train journey involves some form of idiocy, lack of common sense or plain rudeness. I have lots of bugbears when it comes to train etiquette – feet on the seats; manspreading; taking an extra seat for a handbag; and telephone conversations on loudspeaker to name a few – but the worst of all has to be not letting people get off first.

As well as being impolite it is simple common sense that if you stand in front of the doors when a train stops or barge your way onto the train, you make the whole process slower for everyone.

This GIF from the BVG’s ‘Weil wir dich lieben’ campaign is aimed at getting the point across to the dullards who haven’t grasped this yet.

The message here is:

If this is a little too subtle and complex for some morons, Vincent Kunert of LOLNEIN has found a slightly more direct and impactful way of delivering the same message.

So next time you see someone ignoring this obvious bit of fundamental train etiquette you can at least cheer yourself with thoughts of a giant red boxing glove slamming them hard in the face.