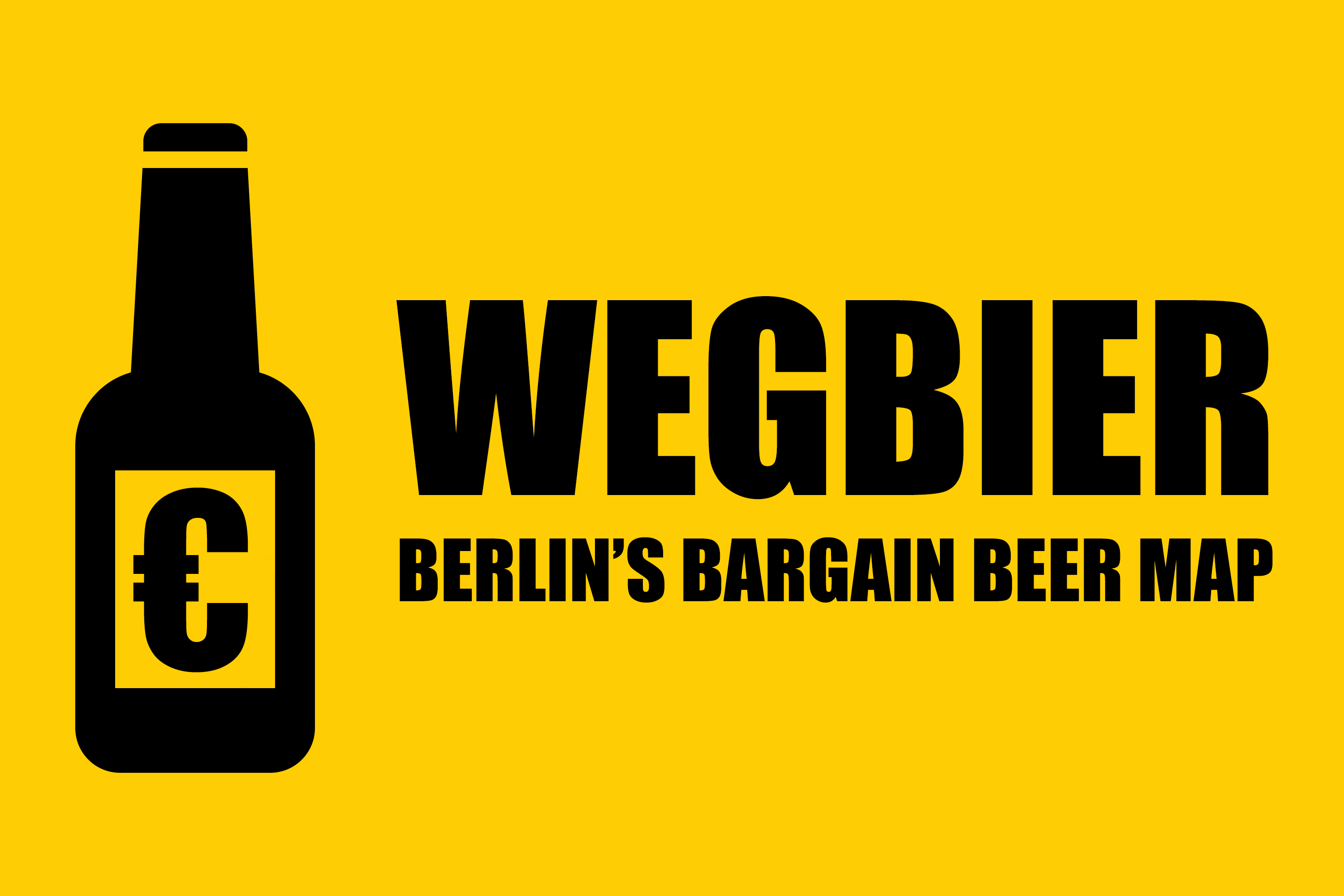 Berlin is pretty cheap when it comes to beer but I’ve noticed that Späti prices can vary wildly so I came up with Wegbier – Berlin’s Bargain Beer Map to keep track of the best value options.

One of the reasons I fell in love with Berlin was the freedom to drink a beer as I wandered the streets during my first summer visit. Spätis (short for Spätkauf – literally translated: late buy) are part of the fabric of Berlin and one of the many things that make the city so magical. More than just a shop, many have tables and benches where locals meet for a Feierabendbier – an after work drink. Spätis are part of the lifeblood of the Kiez (neighbourhood) and each has its own personality.

As I mentioned earlier, beer prices in Berlin are generally good but I always feel a frisson of excitement if I manage to get a Berliner Kindl for 1€ or less. I’ve noticed how much prices vary though; some U-Bahn station kiosks charge as much as 1,90€ for the same beer. Paying over the odds takes the edge off my enjoyment so I started taking note of the Spätis where I’ve bagged a bargain.

Wegbier is one of my favourite German words. Made up of the German words for ‘way’ (Weg) and ‘beer’ (Bier), a Wegbier is a beer to be drunk on the go. That could be on the way to the pub, on the way home from a party or, as is often the case for me, while pounding the pavements of Berlin on a hot day, hoping to uncover more of the city’s secrets. Wegbier is my second favourite beer after Freibier – free beer – a combination of both is the stuff that dreams are made of.

What does the map show?

The beer bottles on the map indicate Spätis, supermarkets or bottle shops where you can get a half-litre bottle of Berliner Kindl Jubiläums Pilsener for 1€ or less. In order to qualify the beer has to be cold. New locations will get added as and when I find somewhere that fits the bill.

Berliner Kindl is a Berlin brewery with a long history stretching back to 1872. The Jubiläums Pilsener or ‘Jubi’ was introduced to celebrate Berlin’s 750th birthday in 1987. I had to choose one beer to make comparisons simple and it’s my go to Wegbier when I’m out and about.

How can you help?

If you know of a Späti, supermarket or bottle shop in Berlin that sells cold Berliner Kindl for 1€ or less please let me know in the comments so that I can add it to Wegbier – Berlin’s Bargain Beer Map.