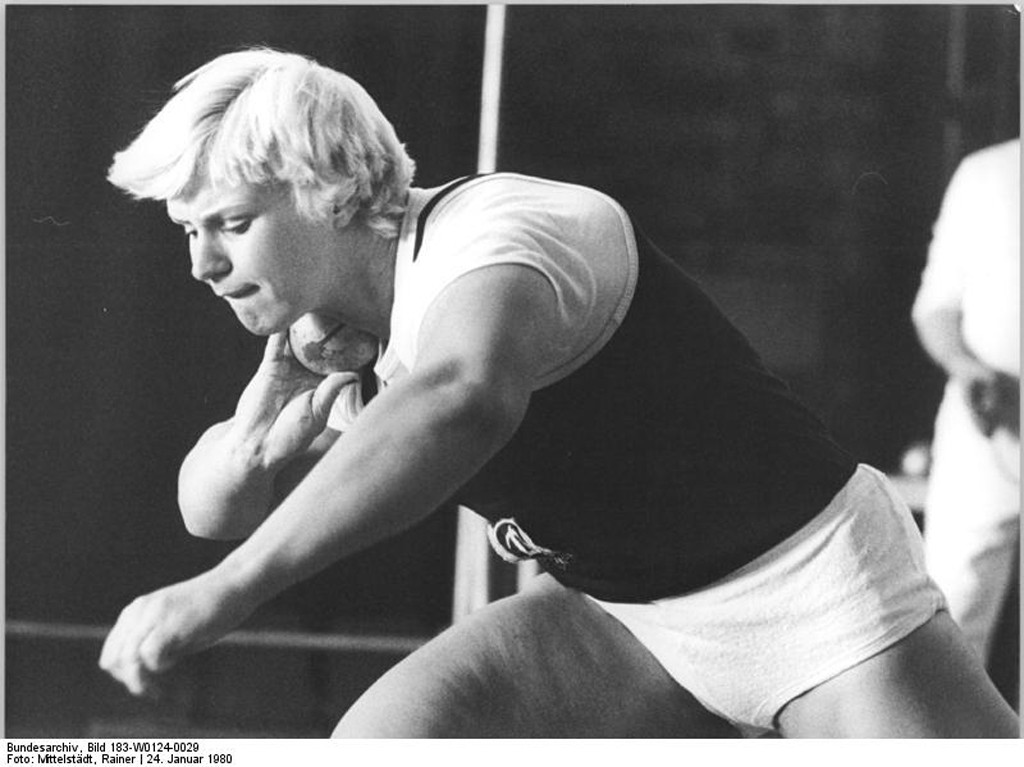 State Plan 14.25, the official name for the East German program for improving athletic success through the use of performance-enhancing drugs, is the subject of the documentary Doping For Gold.

In the 1970s and 1980s East German athletes were prolific medal winners but their achievements were overshadowed by rumours of widespread steroid abuse.

Documents from the East German state archives examined since the reunification of Germany prove that those rumours were well founded.

The communist government in the DDR (Deutsche Demokratische Republik) saw the sporting prowess of its citizens as a powerful propaganda tool and they were determined to achieve success by any means.

Anabolic steroids produced at the state run pharmaceutical company VEB Jenapharm were given to athletes without their knowledge.  This systematic doping coupled with very intensive training regimes produced spectacular results.

At the 1976 summer Olympics in Montreal East Germany won a total of 90 medals, including 40 golds, remarkable for such a small nation.  The medal haul of the women’s swim team was particularly outstanding, winning 11 of 13 events.

State Plan 14.25 suffered a set back at the 1977 European Cup meeting in Helsinki when shot putter Ilona Slupianek failed a drug test.

It was intended that competitors would cease using the steroids weeks before an event but the pay of coaches was determined by the success of their athletes so the temptation to continue the drug use was often too great.

Rather than abandon the program, the athletics authorities in the DDR simply introduced pre-screening tests ahead of competitions – those who failed these tests did not compete.

Young women as you would expect showed the greatest improvements as a result of steroids and testosterone supplements but also suffered the most worrying changes to their bodies.

The athletes involved in the doping program were closely monitored and doctors became aware of serious side affects – as well as the obvious lowering of the voice and abnormal hair growth, risks of heart and liver disease were greatly increased.

These risks were ignored and athletes whose bodies broke down were simply discarded.

Doping For Gold features athletes who were doped without their knowledge including volleyball player, Katharina Bullin and swimmers, Ute Krause and Rica Reinisch and is a fascinating albeit disturbing documentary.