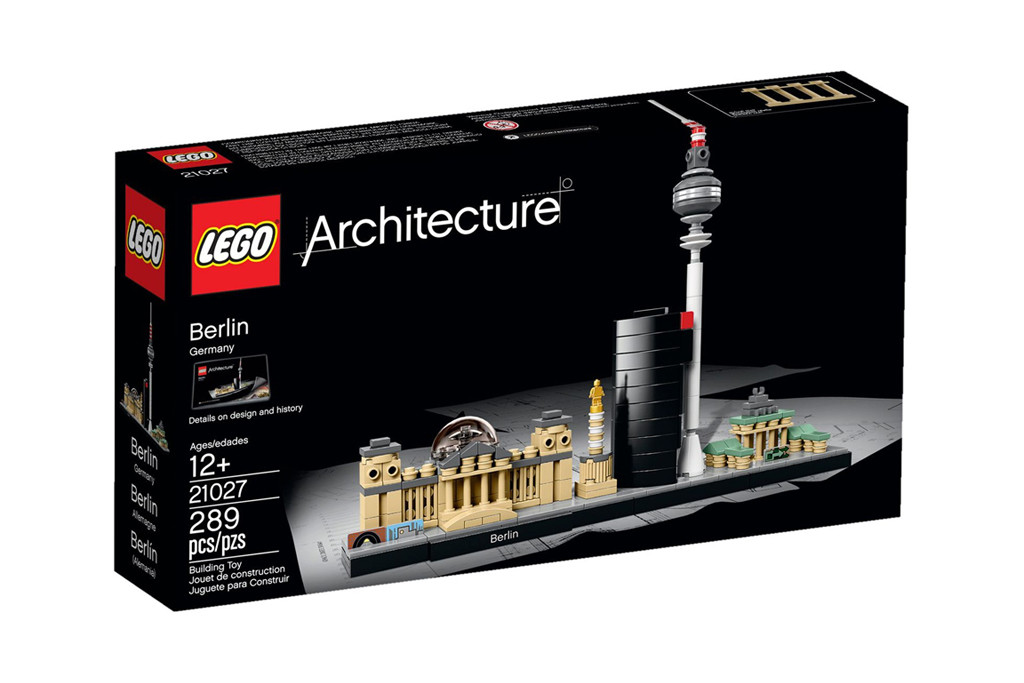 LEGO released a new range of skyline models in its Architecture range in 2016 and one of the three new products is the LEGO Architecture Berlin Cityscape*.

In addition to Berlin, the new Cityscapes collection features New York* and Venice*.  An updated model of the Burj Khalifa in Dubai*, the world’s tallest building, is also due for release. 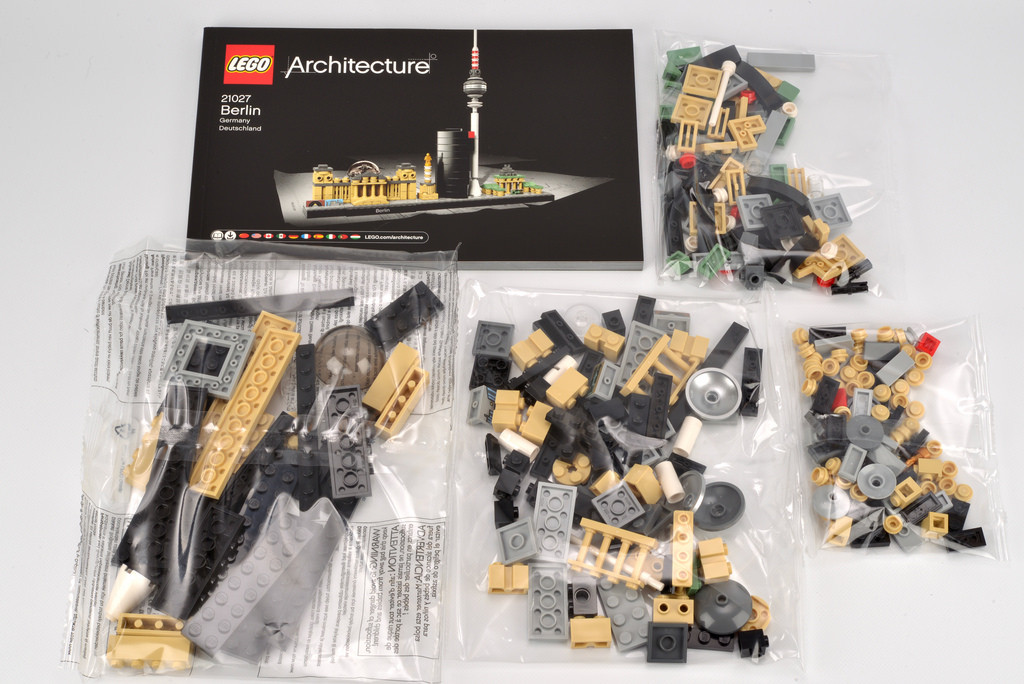 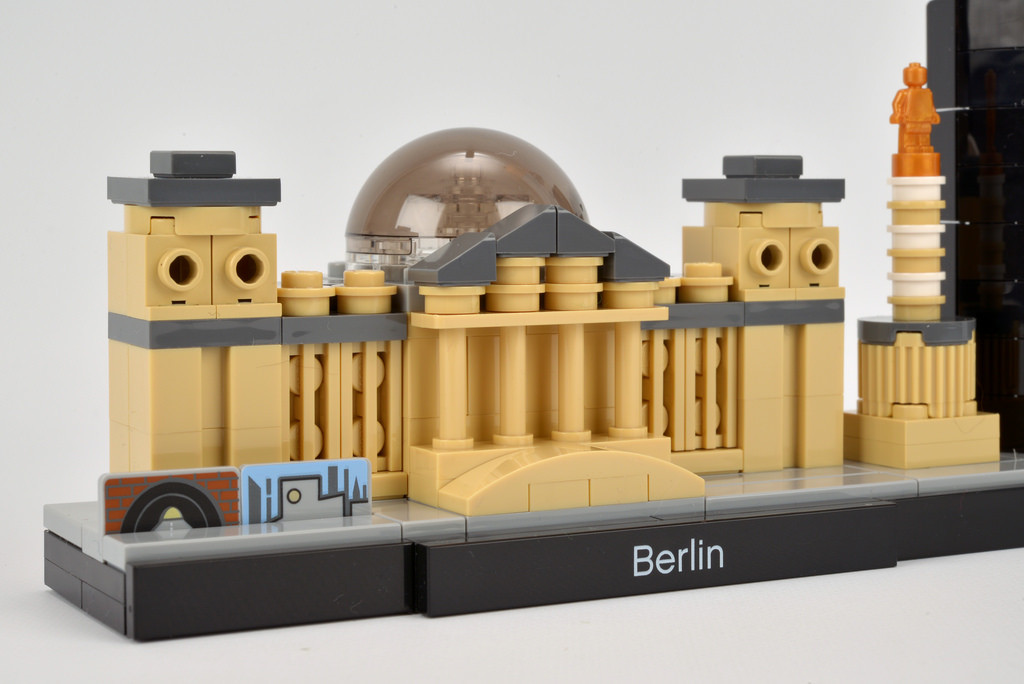 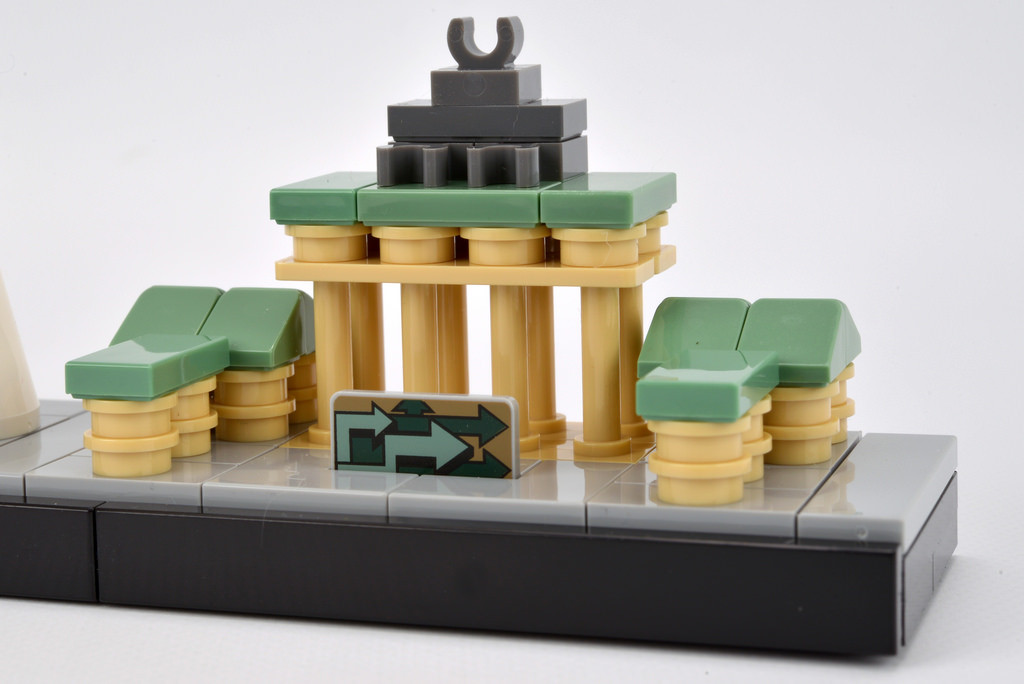 The Berlin set includes 289 pieces that together form the building blocks for: the Reichstag; the Siegessäule, the Victory Column; the Bahntower, Deutche Bahn headquarters on Potsdamer Platz; the Fernsehturm, Berlin’s beloved TV Tower; Brandenburger Tor, the Brandenburg Gate; and several sections of the Berlin Wall complete with graffiti.

As well as the LEGO building blocks and the usual detailed step-by-step assembly instructions, LEGO Architecture Berlin Cityscape contains a brochure with lots of facts and figures about the buildings depicted and Berlin as a whole.

From the reviews I have read from various LEGO enthusiasts who have had access to pre-release sets (including an excellent detailed analysis from Brickset) the Berlin cityscape is fun to put together and good to look at.  It seems that these new models are set for collector’s item status. 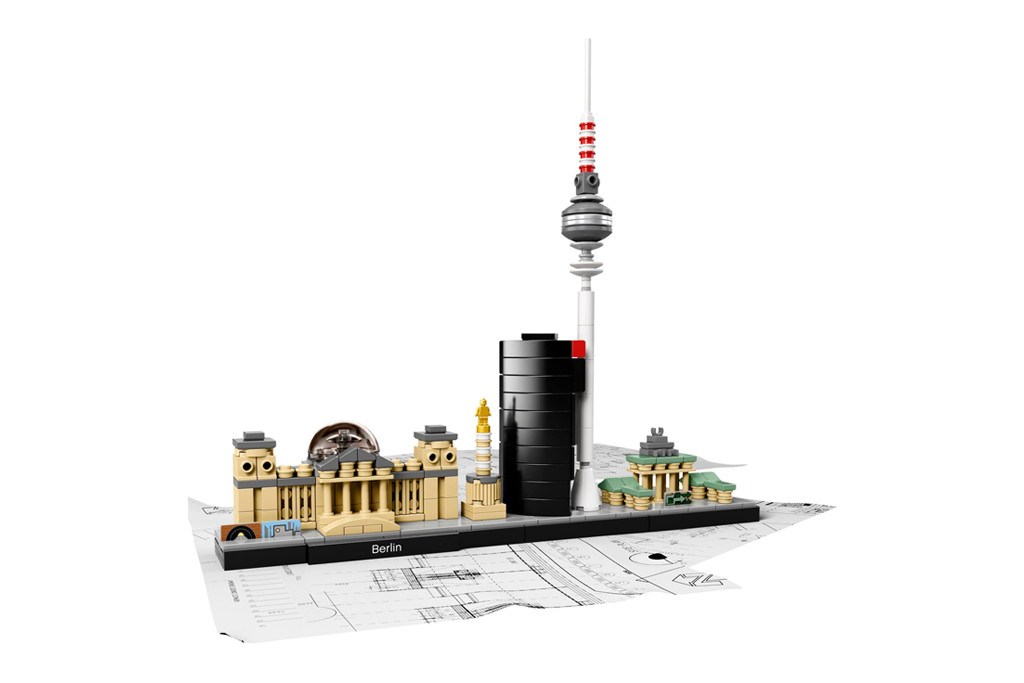 Demand for the new product could be high in the German capital.  The internet was abuzz with Berlin LEGO in the summer when mock-ups of a LEGO Berghain set were posted by Just Berghain Things – who knows maybe you’ll also be able to own your own Techno super club soon.  Until then, check out this LEGO Brandenburg Gate, from the Landmark series.

If you’d like to build your own Berlin skyline, The LEGO Architecture Berlin Cityscape* is now available from Amazon.

* These are Amazon Affiliate Links – this means that if you buy something from Amazon after clicking on this link I will get some beer money (enough to buy the odd Sterni maybe, not a whole brewery).   This doesn’t affect the price you pay.