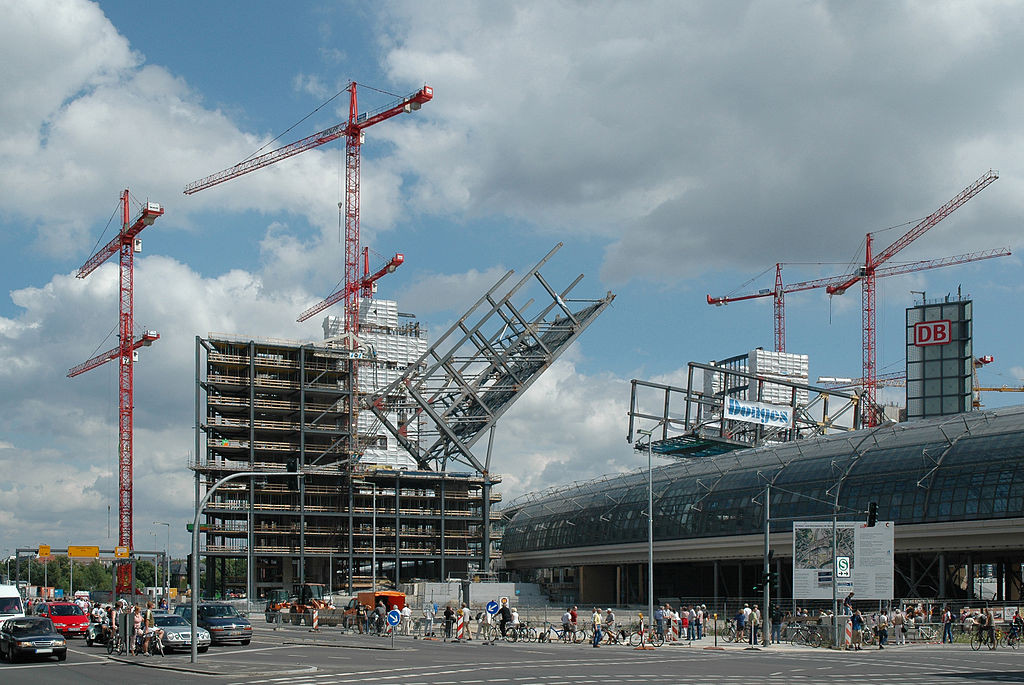 Berlin Train Terminal from the National Geographic Megastructures series is a documentary about the construction of the Berlin Hauptbahnhof train station.

In the words of National Geographic:

In Berlin, a construction team races to finish Europe’s newest and largest train station before the football World Cup.  Follow the team as it attempts an engineering feat never before accomplished in construction history.

Berlin Hauptbahnhof is a temple of steel and glass and anyone who has travelled through it must surely have marveled at it.  Megastructures – Berlin Train Terminal offers some insight into just what it took to build it.

The documentary focuses on the events of one weekend in July 2005 when the extraordinary feat of engineering referred to above – lowering two towers to form a bridge above the glass roof of the station – takes place.

To get to this point engineers had already had to deal with the issue of building such a massive structure on the sandy and boggy soil of Berlin, the reason for the network of pink pipes around many building sites.

As you would expect with such a massive project, it wasn’t all plain sailing.

The construction work was well over budget and late – this is probably ringing massive bells for anyone familiar with the BER debacle (Berlin’s new airport has taken these issues to a whole new level) – and as a result compromises were made.

The glass canopy was shortened by 100m and this along with changes to the ceilings in the lower levels resulted in architect Meinhard von Gerkan (successfully) suing Deutsche Bahn.

Despite these issues, Berlin Hauptbahnhof went into operation on 28 May 2006, two days after Angela Merkel performed a ceremonial opening and two weeks ahead of the start of the World Cup.

But the problems didn’t end with the completion of the station.

Merkel’s opening ceremony was marred by a drunken teen, who went on a rampage with a knife, injuring several attendees.

Problems with the glass panels in the roof also meant that the S-Bahn trains couldn’t run through the station for several months this summer while repairs were carried out.

Megastructures – Berlin Train Terminal is a fascinating documentary about the challenges of building Berlin Hauptbahnhof.