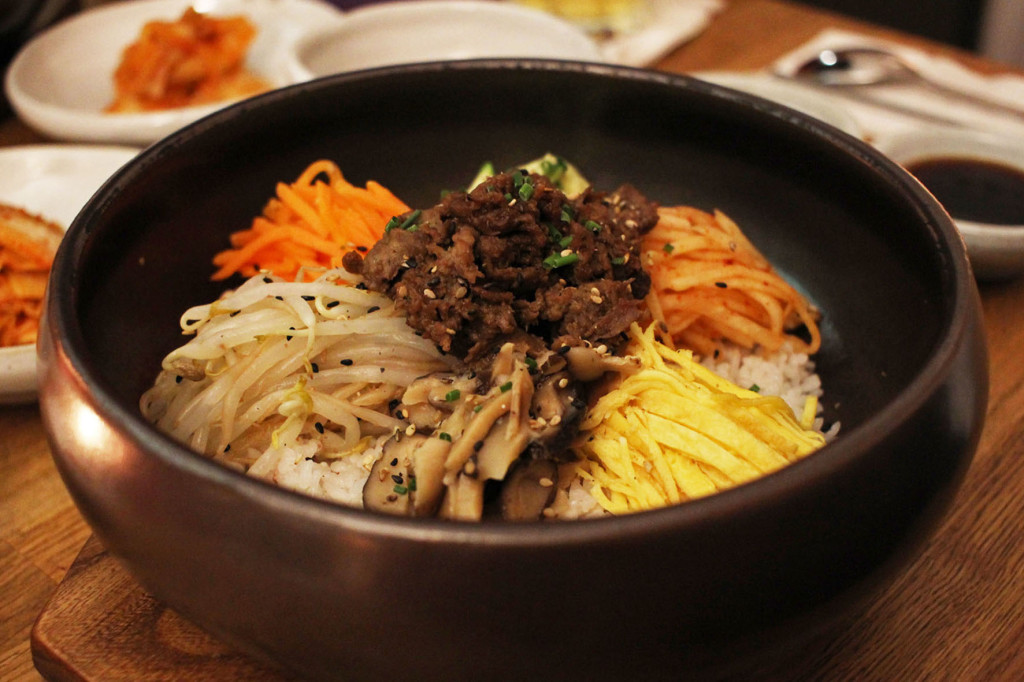 Opened in June 2014, WaWa Berlin is a charming little Korean restaurant on Grunewaldstrasse in Schöneberg. 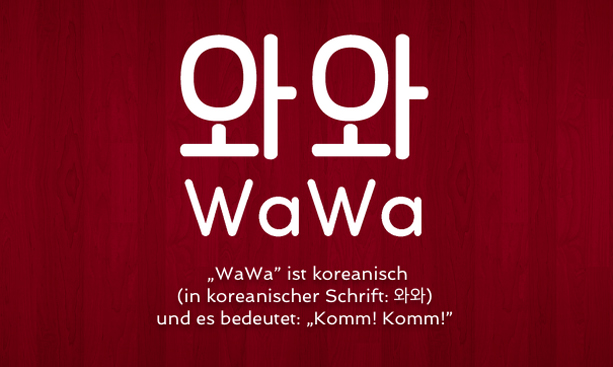 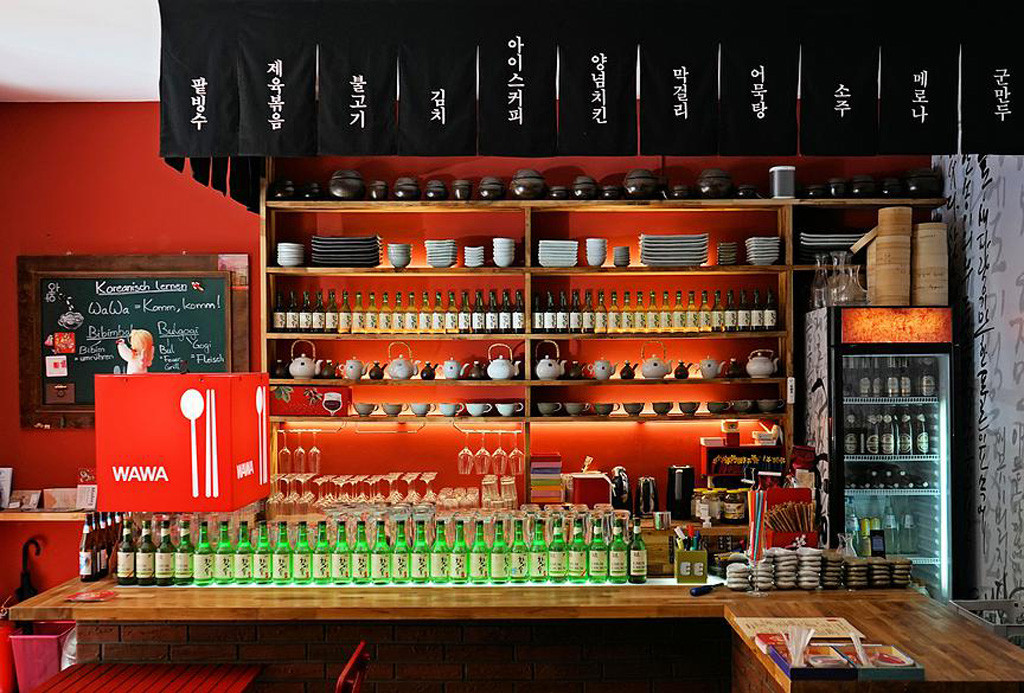 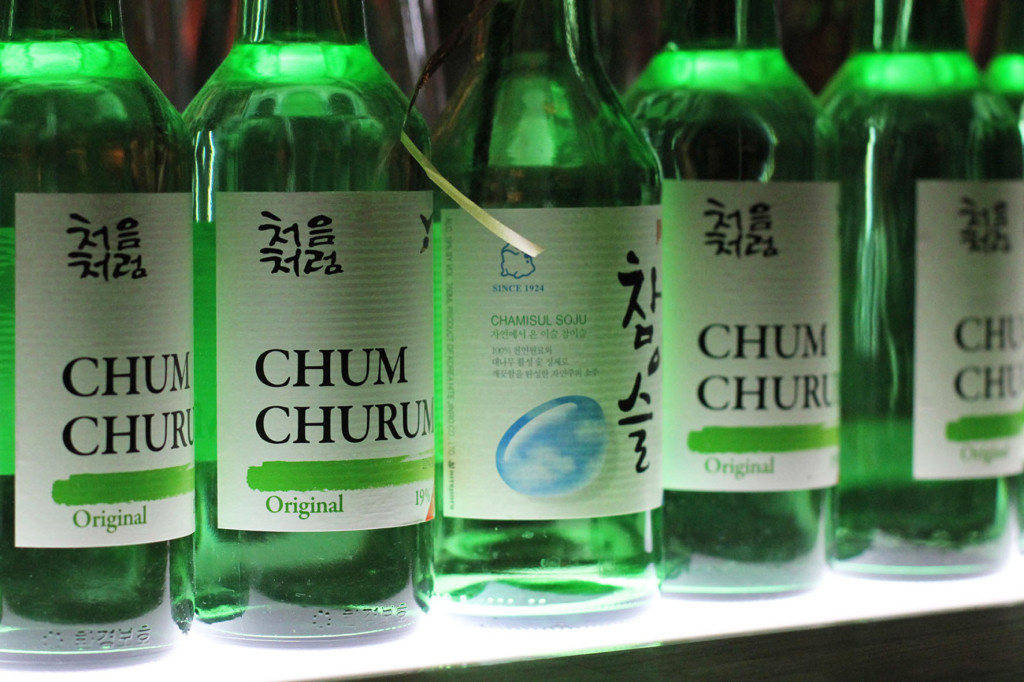 It has a clean and modern décor with some clever design touches – backlit green bottles on the bar, attractive bowl-like cups and pretty decorative trays for the tea. There are nods to Korea without it being kitschy and the Christmas decorations when I visited at the start of December were cute without being over the top or brash.

Like the restaurant design, the menu is simple but has enough variety to avoid being boring.  The pared down selection makes choosing a meal relatively straightforward. 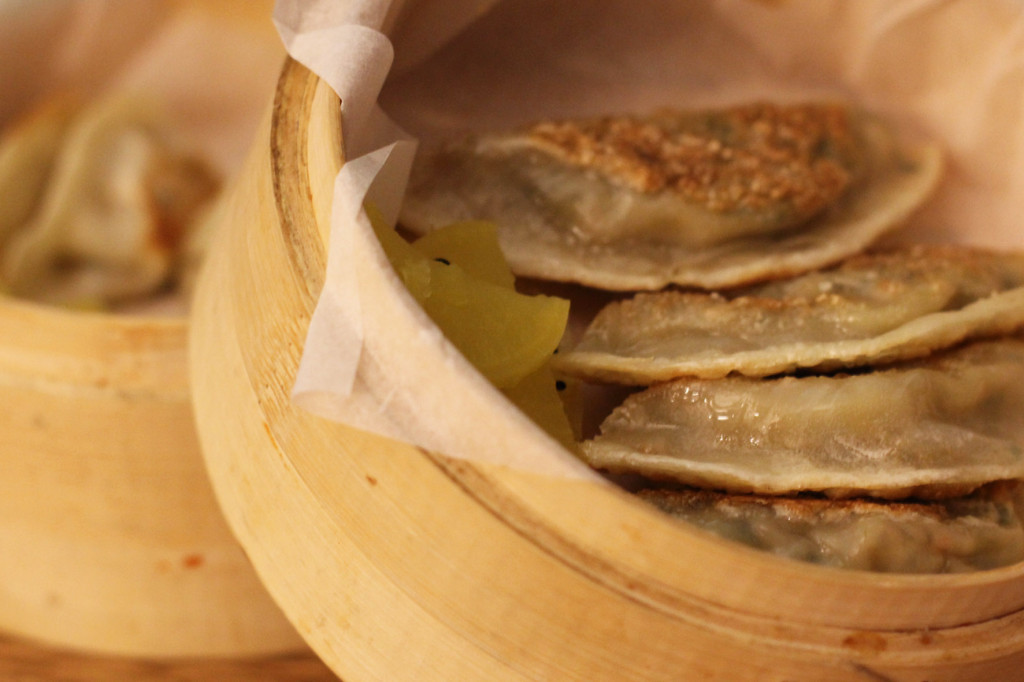 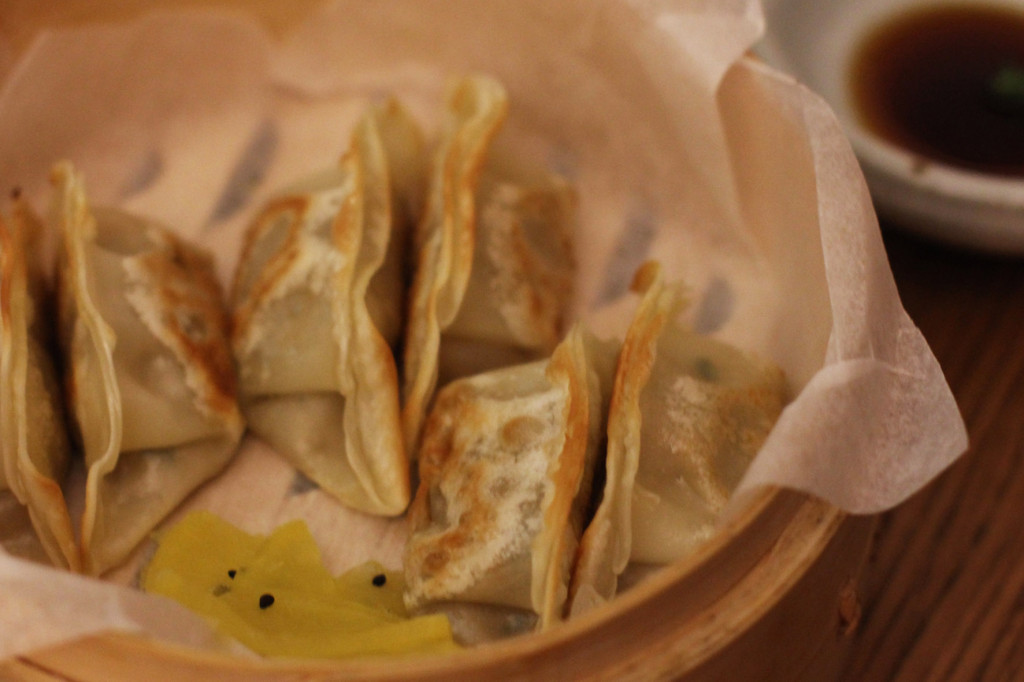 Between four, we elected to share the Mandu (pork dumplings x4) and the Veggie Mandu (x6) as a starter – both were excellent.

I opted for the Bulgogi with Spicy Beef (Rindfleisch Scharf) and thankfully Steffi ordered my second choice, Bibimbap. 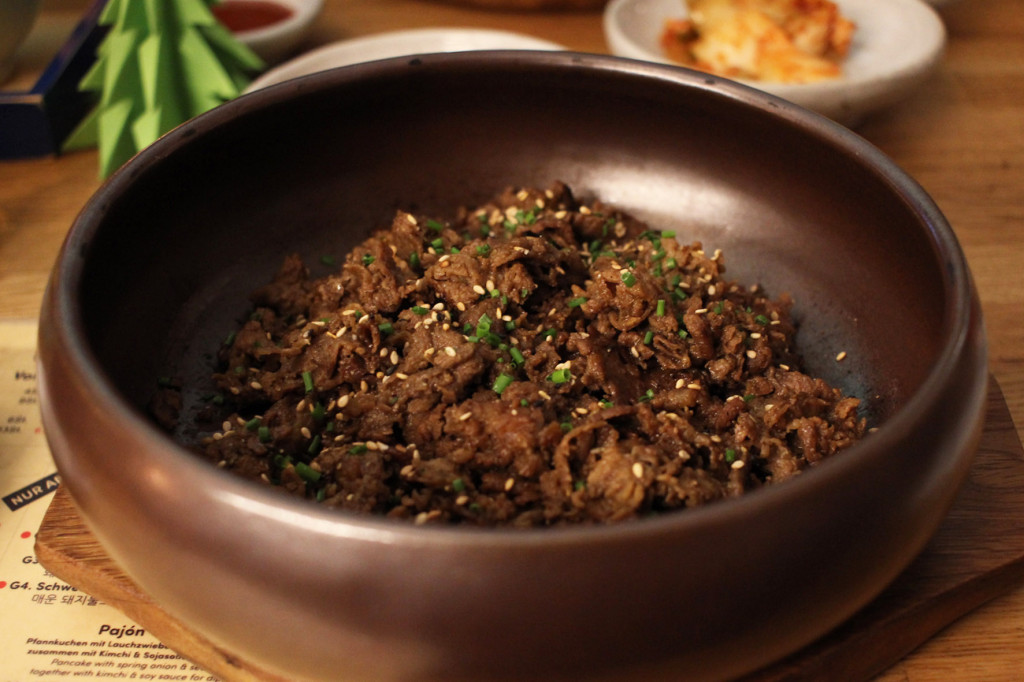 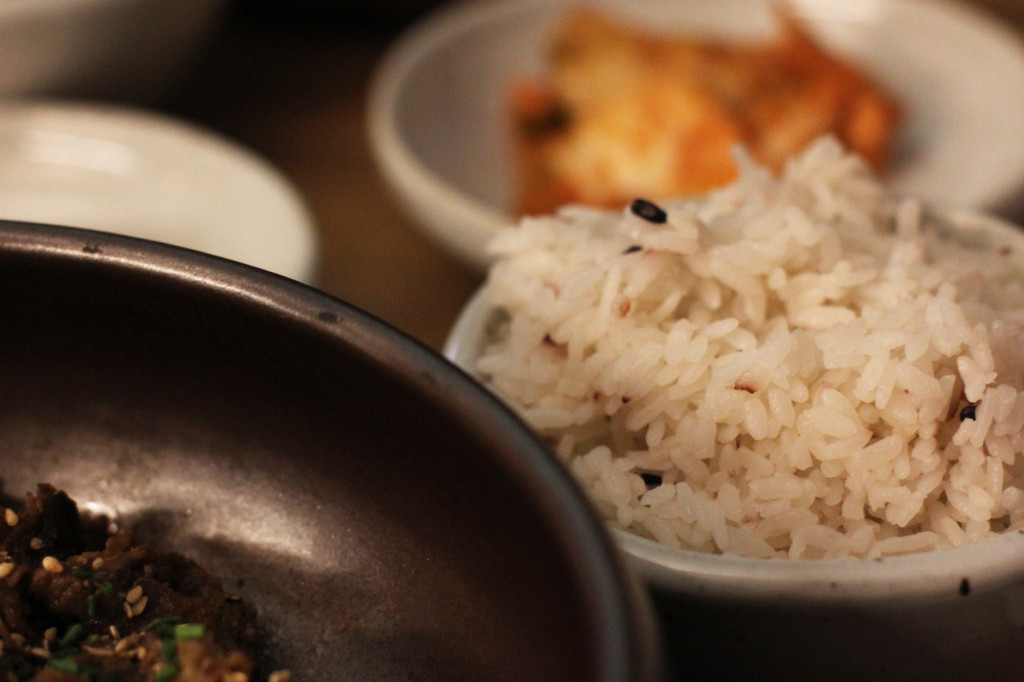 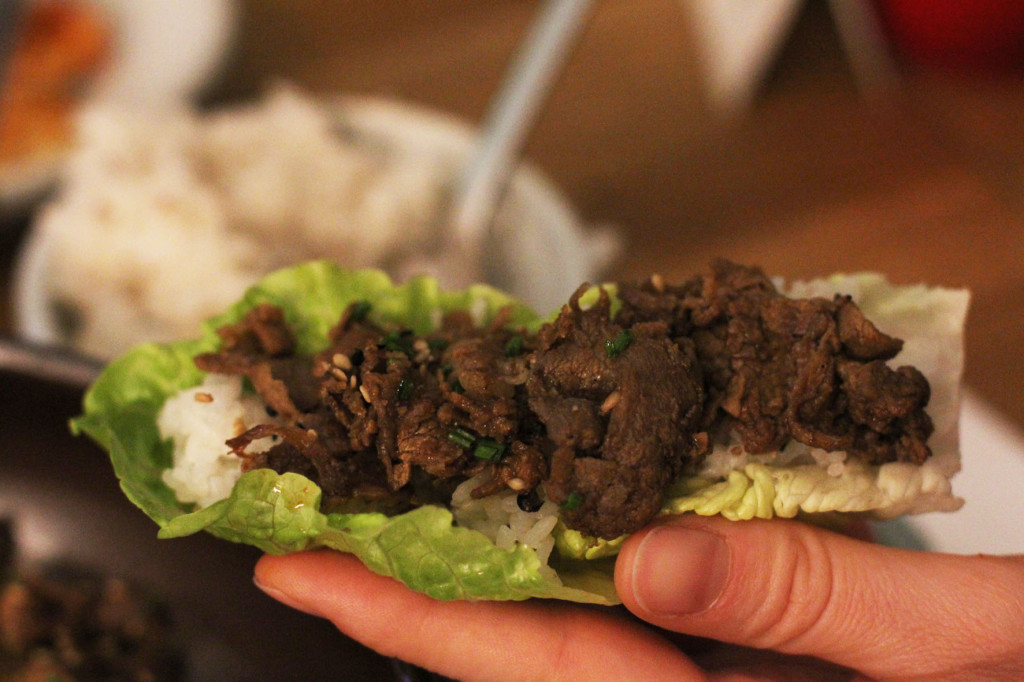 Bulgogi and Rice on a Cos Lettuce Leaf

The Bulgogi came in a large bowl with a selection of sides – a box of lettuce leaves (Cos and Lollo Rosso), a small plate of Kimchi, a bowl of sticky rice and a dish of chilli paste.

The Bulgogi lived up to its name.  The beef was very spicy by Berlin standards but the delicious flavour of the marinade on the supremely tender meat still came through.

As instructed by the waitress, I took a salad leaf and piled the other ingredients on top.  The combination of flavours and textures (in this regard the Cos worked best for me) made for a first class meal.

Now, I like eating Bulgogi this way but I do find that after 4 or 5 it tends to get a bit annoying so at this point I mixed the remaining sides into the meat and ate the salad leaves with it. 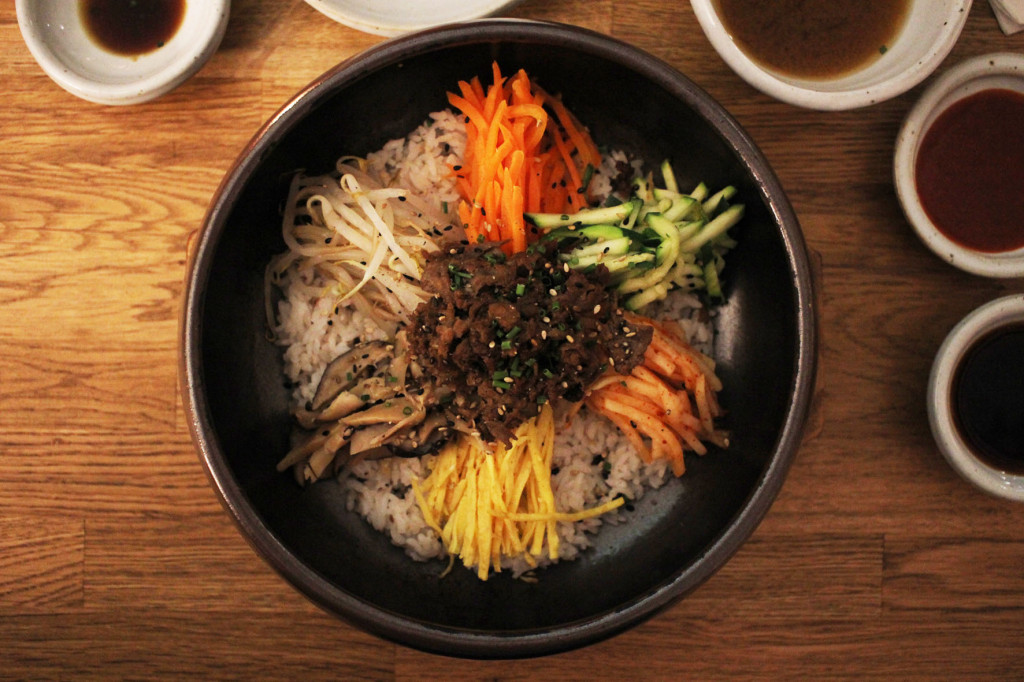 The only minor disappointment on the food front was the lack of an egg in Steffi’s Bibimbap (I think this helps to bind the ingredients when mixed) and a bowl that wasn’t hot enough to crisp the rice.

That being said, a good Bibimbap and the best Bulgogi I’ve eaten so far mean that I would have no qualms in recommending WaWa Berlin.

For those who get a nosebleed every time they leave Kreuzberg or Neukölln, WaWa is near U-Bahnhof Kleistpark, which is just 10 minutes on the U7 from Hermannplatz.

Next time you’re in the mood for Korean food, especially if you’re craving Bulgogi, I suggest you go (or should that be come, come) to WaWa Berlin (check the website for opening times and directions).