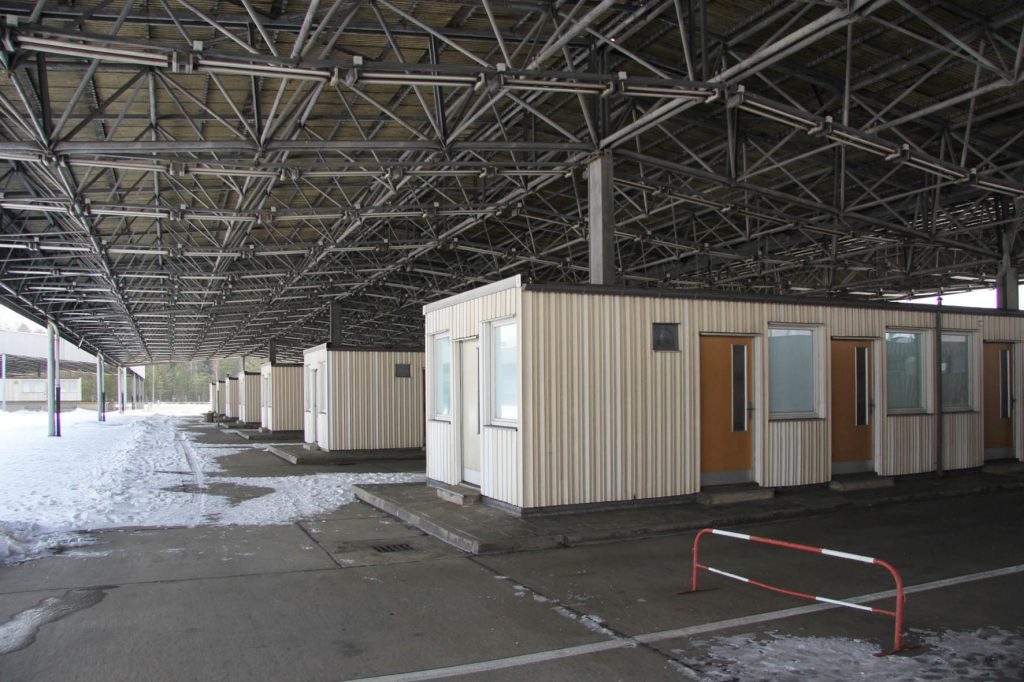 To West Germans it was Kontrollpunkt Helmstedt, to East Germans, Grenzübergangsstelle Marienborn, but outside Germany, the inner German border crossing point was most commonly referred to by the name given to it by the Allied powers, Checkpoint Alpha.

Note: While Checkpoint Alpha was only officially the name of the West German checkpoint at Helmstedt, for the sake of simplicity I will use the term to refer to the border crossing Helmstedt-Marienborn as a whole. 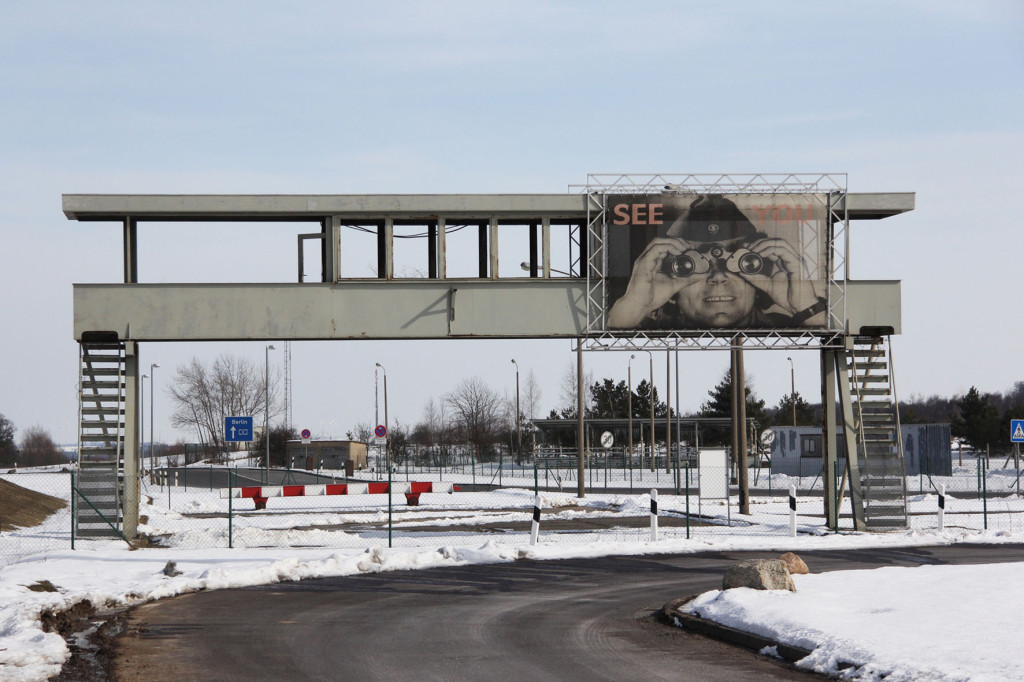 The checkpoint marked the beginning or end of a 170km (110 mile) drive along a walled or fenced motorway through East Germany with no available exits for travellers between West Germany and West Berlin or vice versa.

Having spoken to German friends about journeys along the transit road I think the following quote from Philip Hensher’s Berlin novel, Pleasured sums up what was an unpleasant and unsettling experience.

…it was a frightening road. The temporary blocks on the road surface, laid coarsely next to each other, made the car thud with the regularity of a muffled ticking clock, not soporifically, but angrily.

The bumpy ride and claustrophobic route weren’t the end of the ordeal though.  Crossing inspections were nerve-racking affairs even for those who knew that they had done nothing wrong.  Border guards could be painstakingly thorough in their searches, which meant long waits and sometimes a car being taken to pieces (and possibly left that way).

The first Allied control point at Helmstedt was opened on 1 July 1945 between the British and Soviet zones.  An expanded control area was built by East Germany in 1972 on a 35-hectare site near Marienborn.  Around 1,000 people worked here – passport control and custom officers, East German border troops and civilian employees.

45 years after it first opened, the border crossing officially ceased controls when the social and economic systems of East and West Germany were united on 1 July 1990. 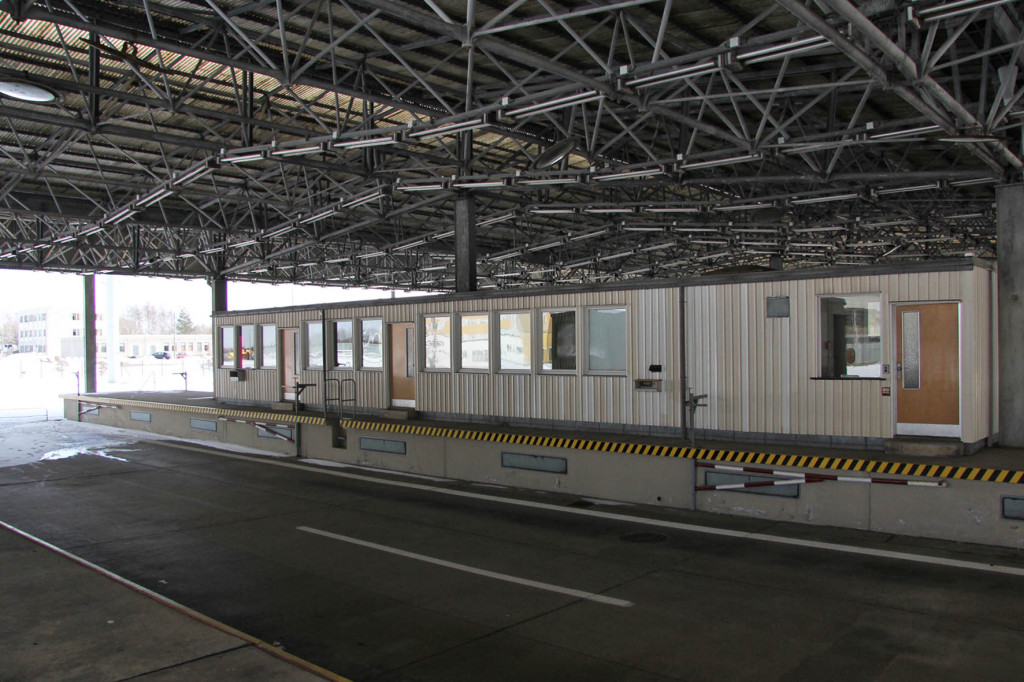 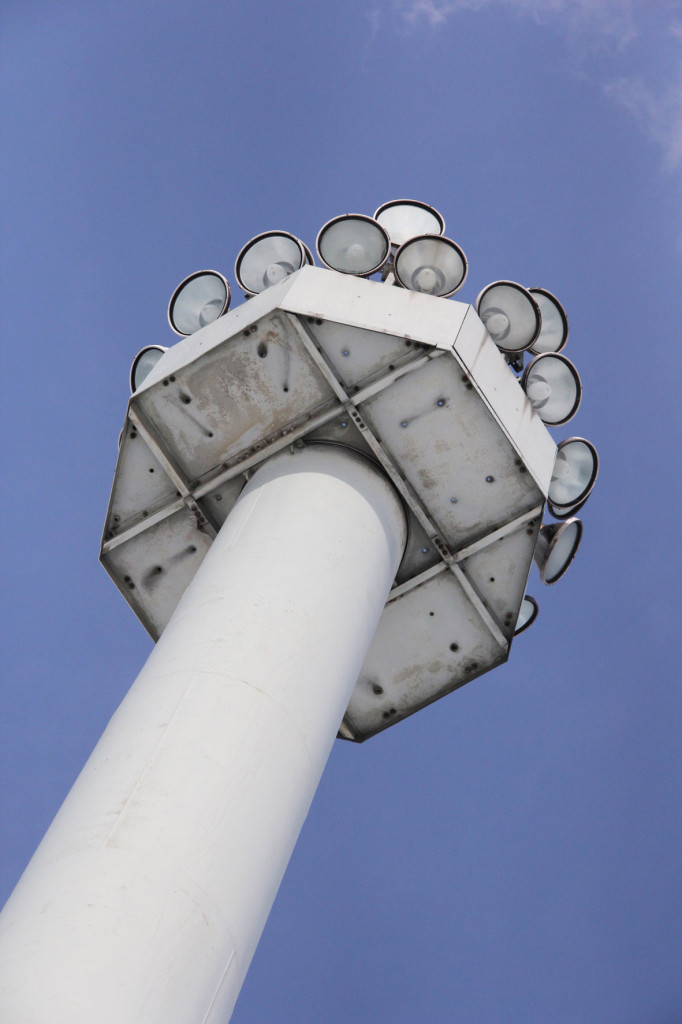 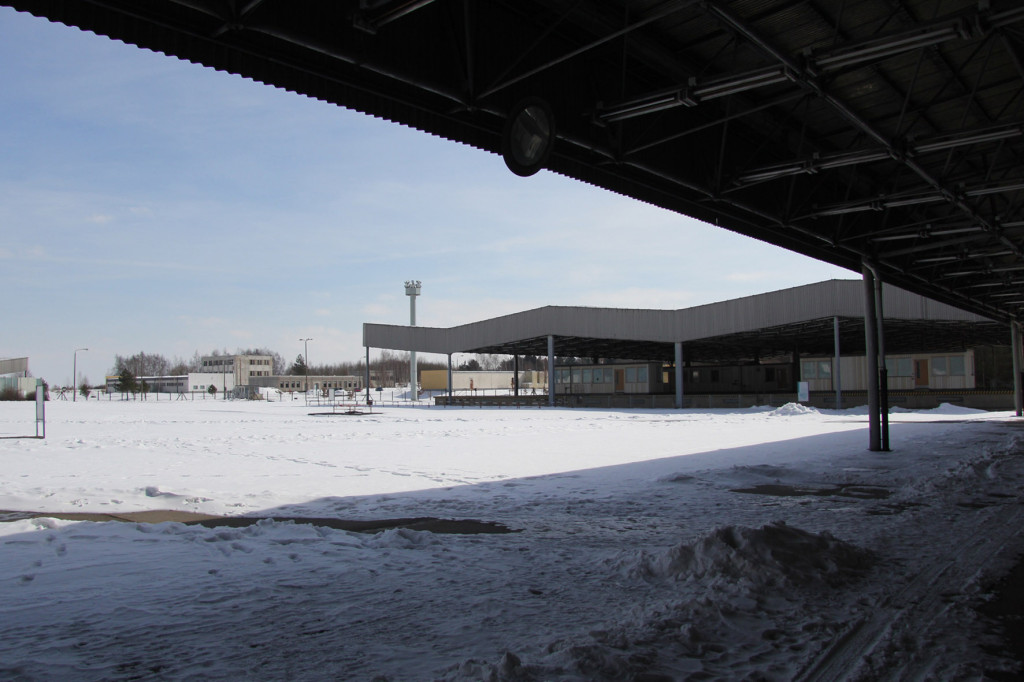 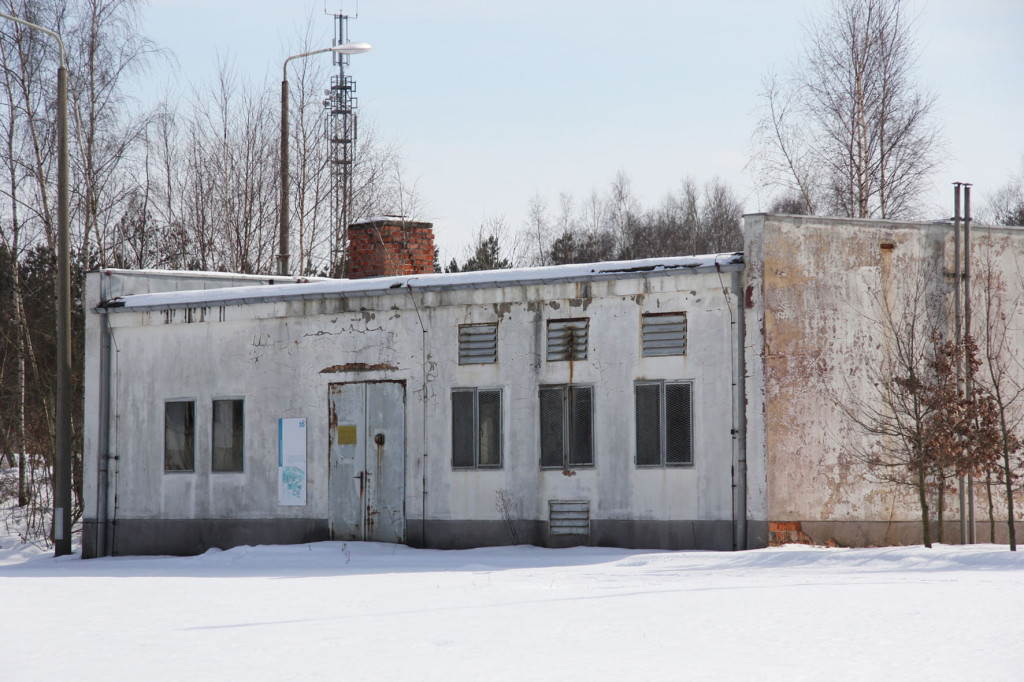 The Memorial to the Division of Germany in Marienborn (Gedenkstätte Deutsche Teilung Marienborn) was opened on the site of the former East German control point at Checkpoint Alpha in 1996.  It is intended as a place of remembrance and education. 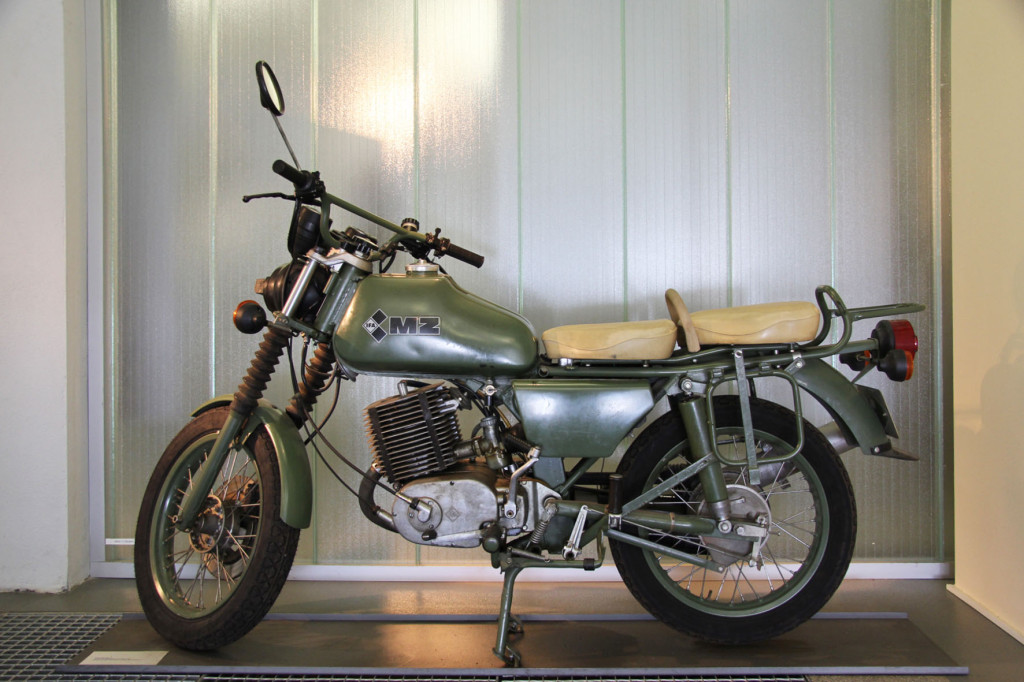 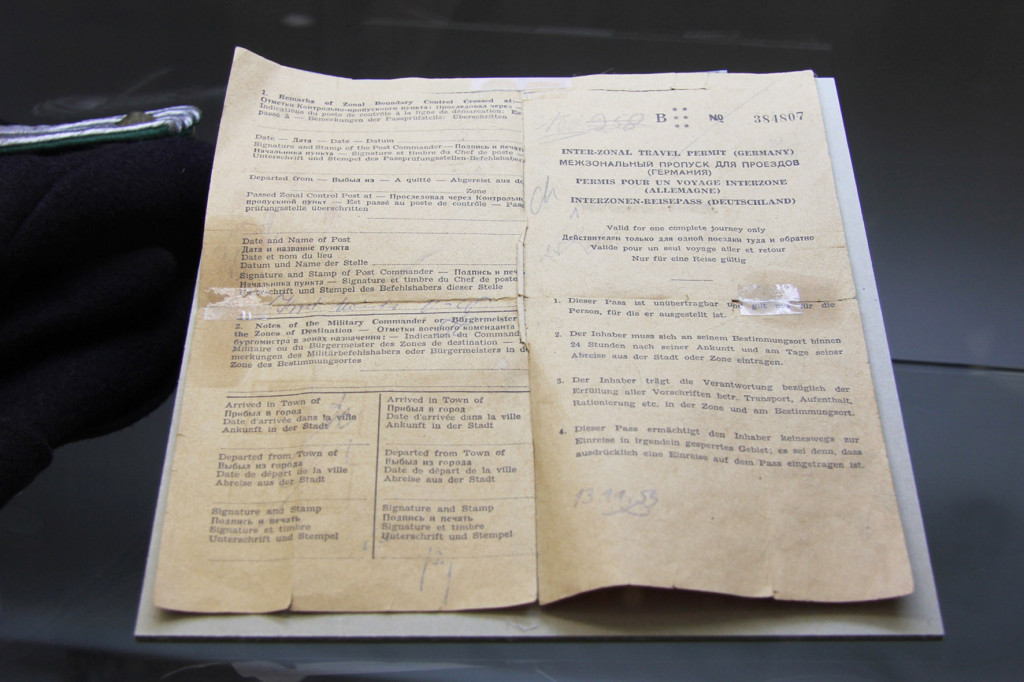 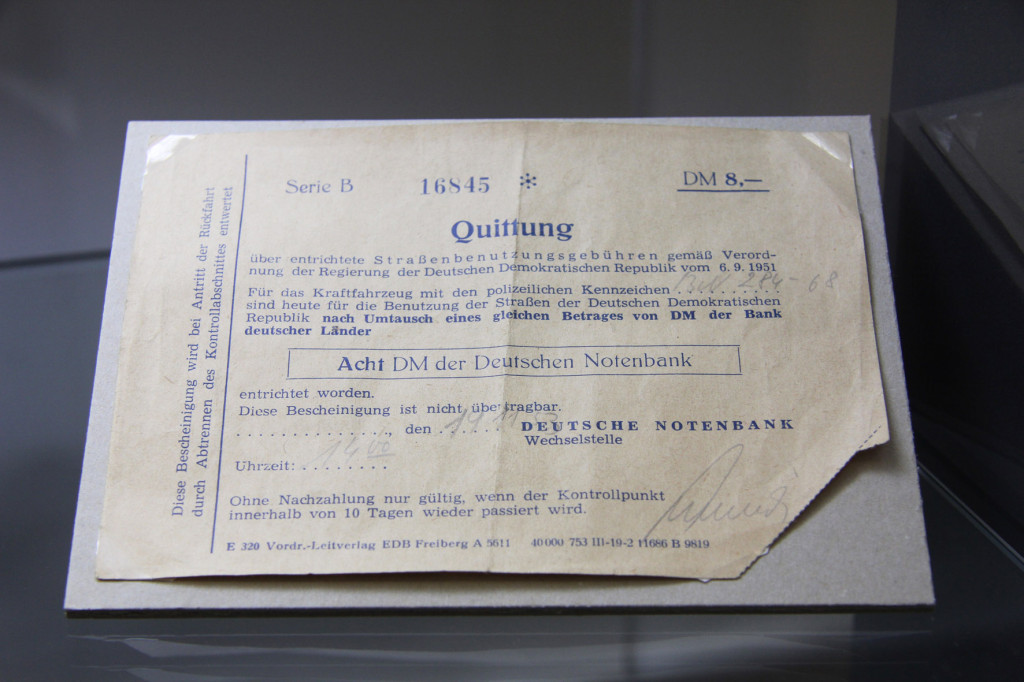 The former main office building now houses a permanent exhibition – The GDR Marienborn Border Crossing: Bulwark, Eye of the Needle, Seismograph – made up of film and photo exhibits, documents and objects of interest. 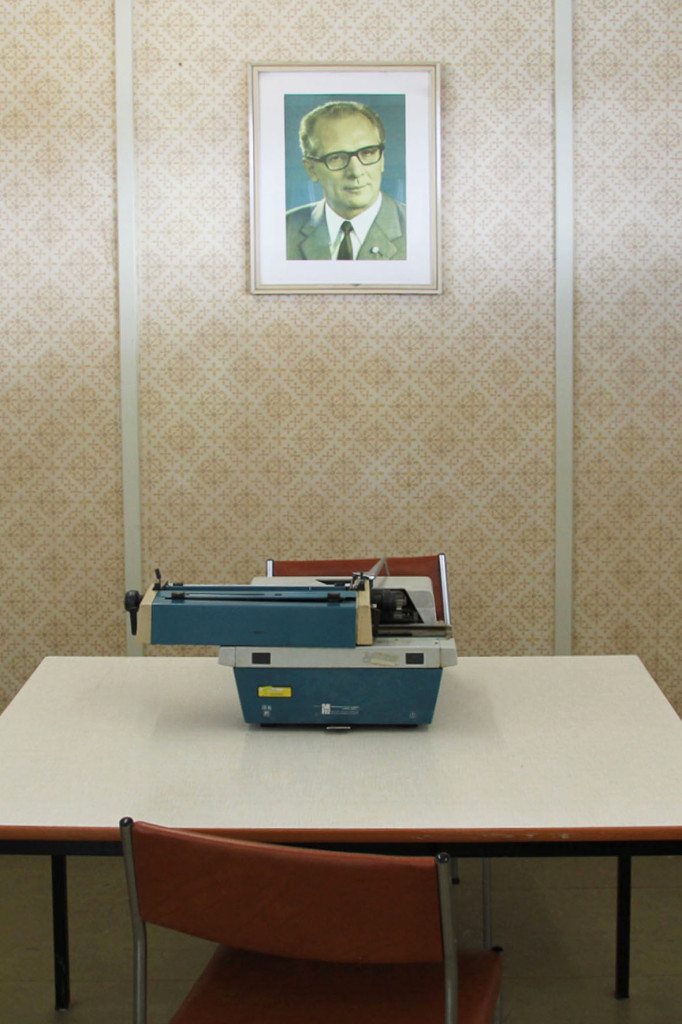 There is another exhibition, Customs of the GDR, which focuses on the technical process for customs checks at the border crossing, in the former customs control area.

Additional points of interest include the car entry area and passport control, the control tower and the inspection garage. 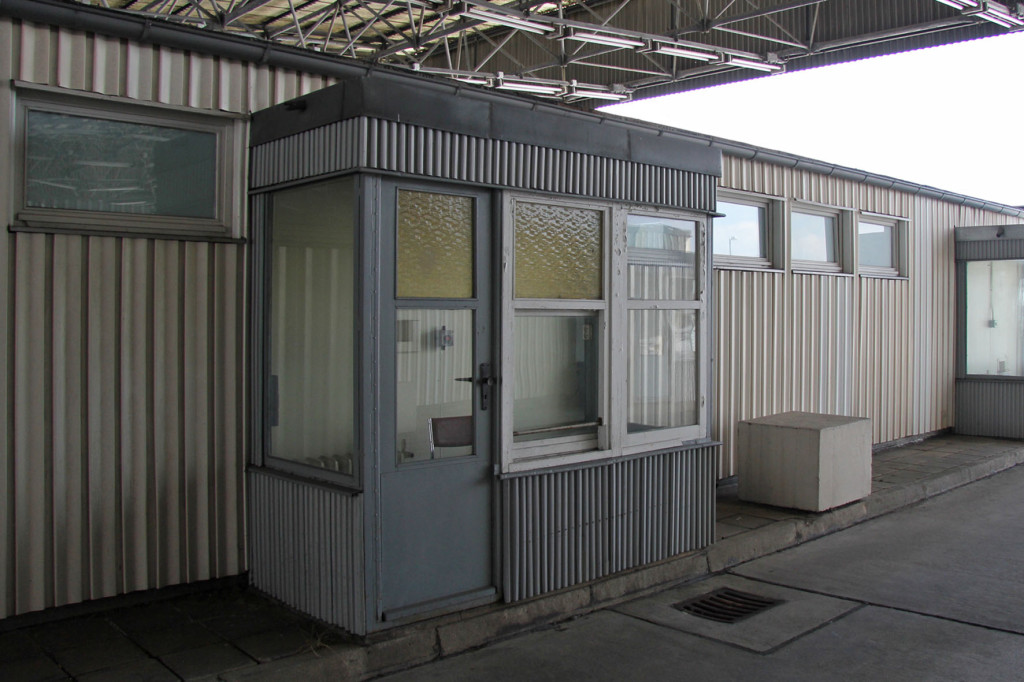 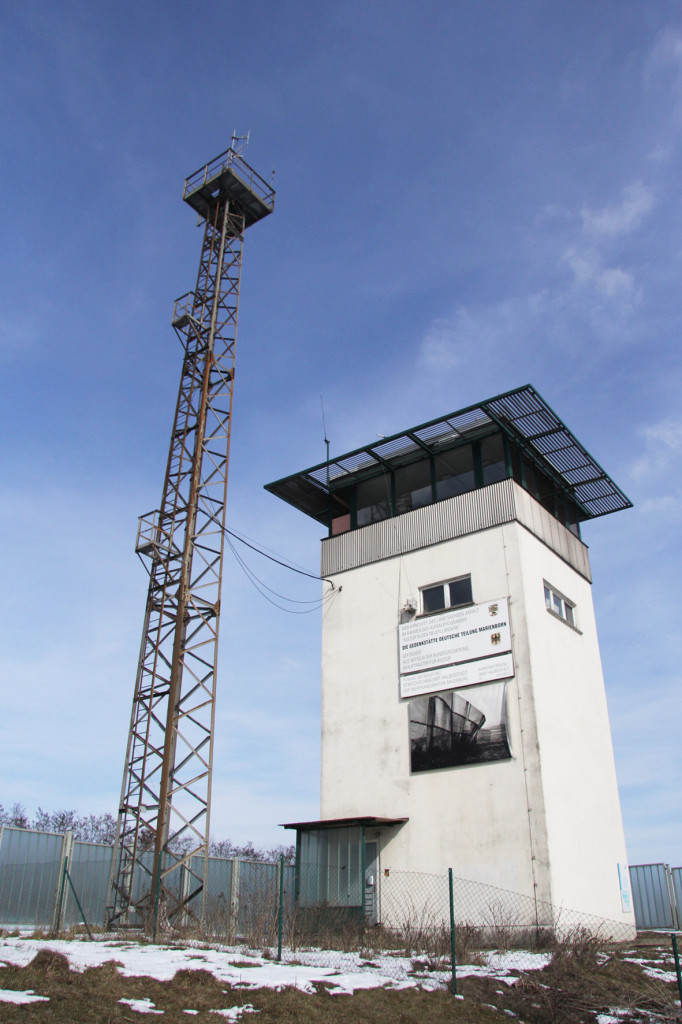 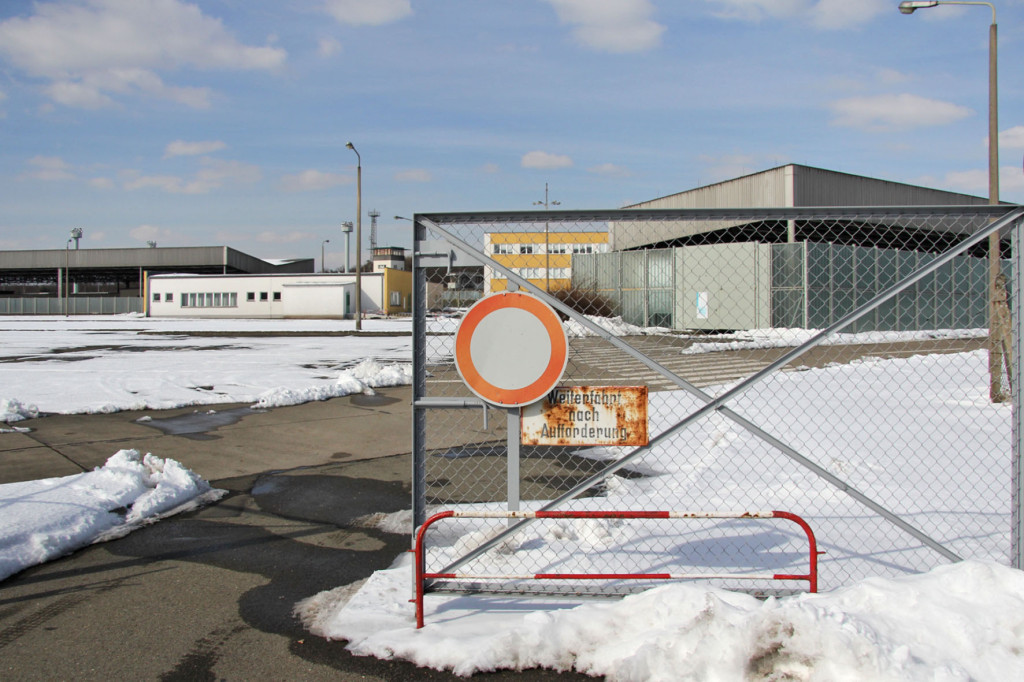 The Grenzdenkmal Hötensbleben – a 350m long border memorial 18km to the south – was incorporated into the Gedenkstätte Deutsche Teilung Marienborn in 2004 (more on that in a future post).

The checkpoint at Helmstedt-Marienborn, along with its counterparts in Berlin, Checkoint Bravo at Dreilinden and Checkpoint Charlie on Friedrichstrasse, was one of the most important border crossings of the Cold War.

The Memorial to the Division of Germany in Marienborn at the former Checkpoint Alpha is open Tuesday to Sunday 10:00 to 17:00 (check the website for current opening hours) and presents a valuable reminder of the infrastructure that was required to control history’s most notorious border.

5 Responses to Checkpoint Alpha: The ABC of Berlin Checkpoints