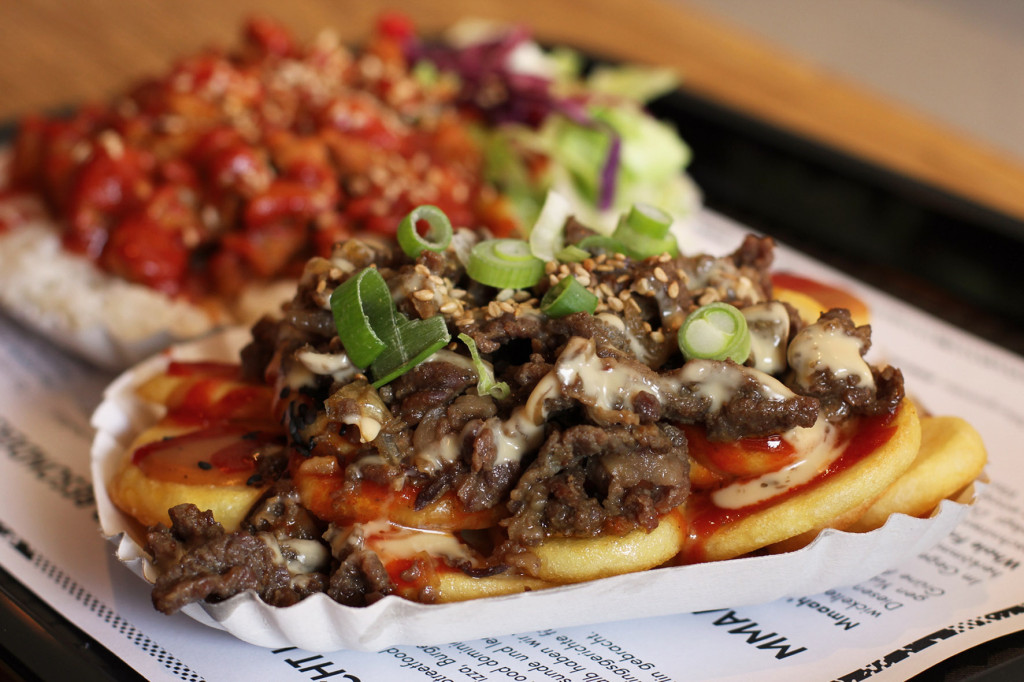 It’s hard to describe the excitement I felt when I heard that Mmaah Korean BBQ had opened a second location, serving year round with shelter from the temperamental Berlin weather.

From my first bite of Mmaah’s Bulgogi BBQ Original last summer I was hooked. 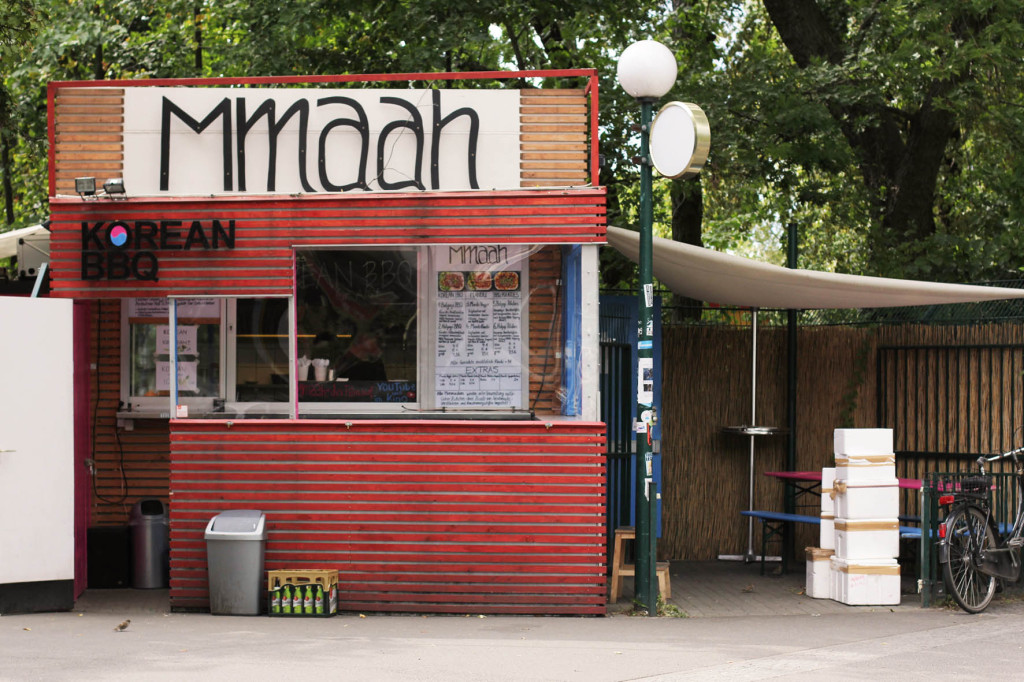 Sandwiched between Tempelhofer Feld and Hasenheide in a little shed-like building on Columbiadamm, Mmaah Korean BBQ opened last summer with a simple but achingly delicious menu. 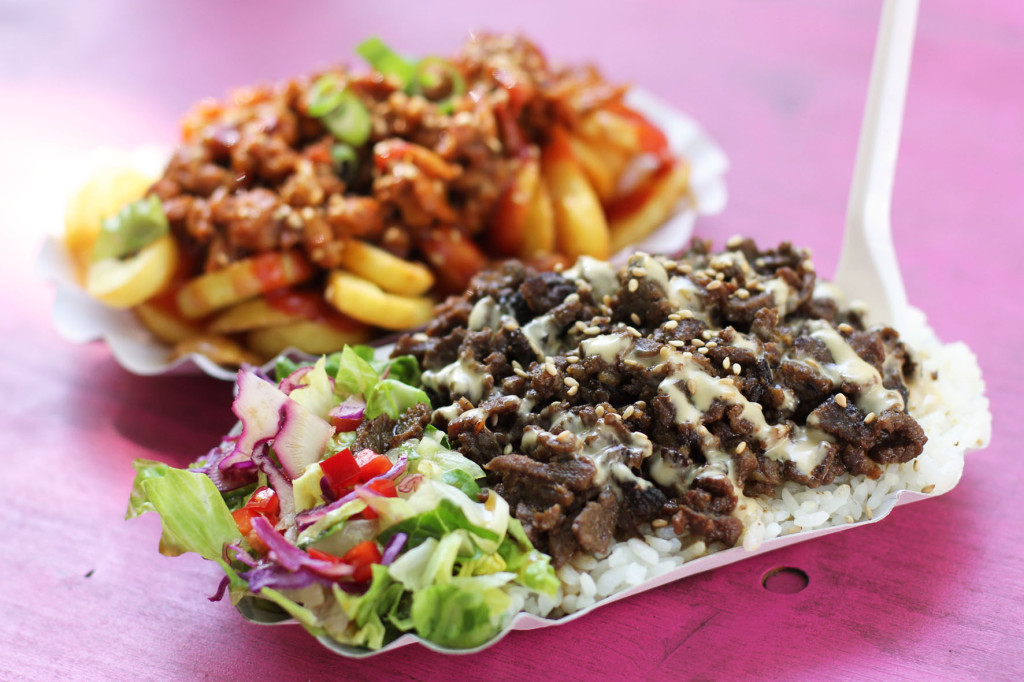 On my first visit I wanted to try everything but settled on small portions of the Bulgogi BBQ Original and Hotgogi BBQ Potatoes, washed down with a beer, Natürlich!

For the uninitiated, Bulgogi, which means fire meat in Korean (thanks Wikipedia), is a dish of thin strips of meat marinated in a slightly spicy sauce and grilled – believe me, you need Bulgogi in your life.

The Hotgogi is slightly sweeter and as the name suggests spicier and the combination with the sliced potatoes is top notch.  The benches and tables outside and the proximity to the parks make this an ideal summer location. 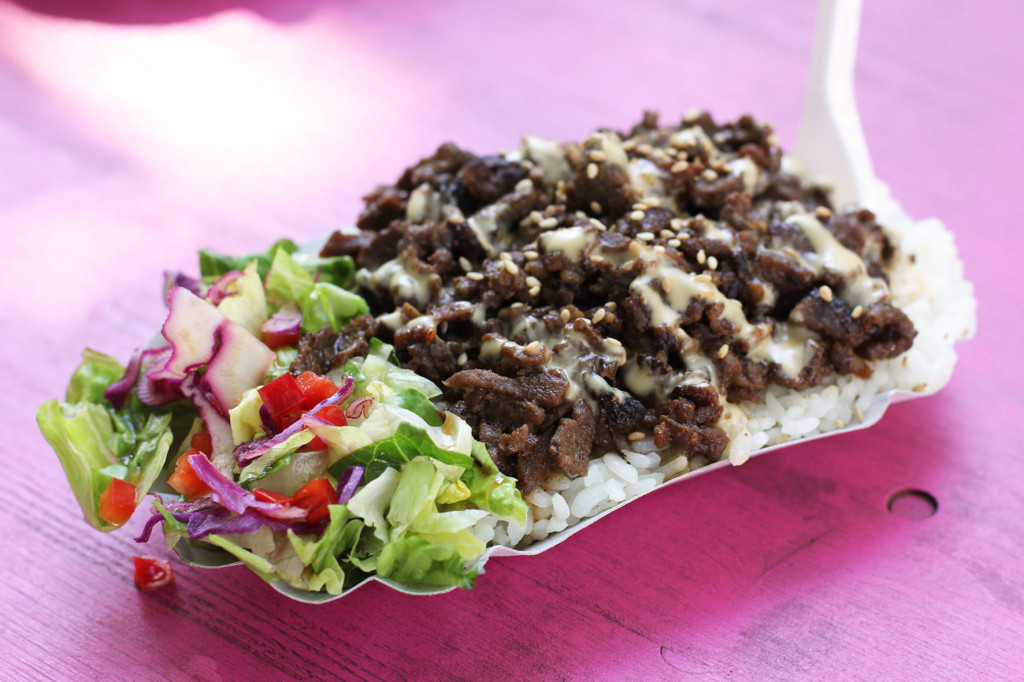 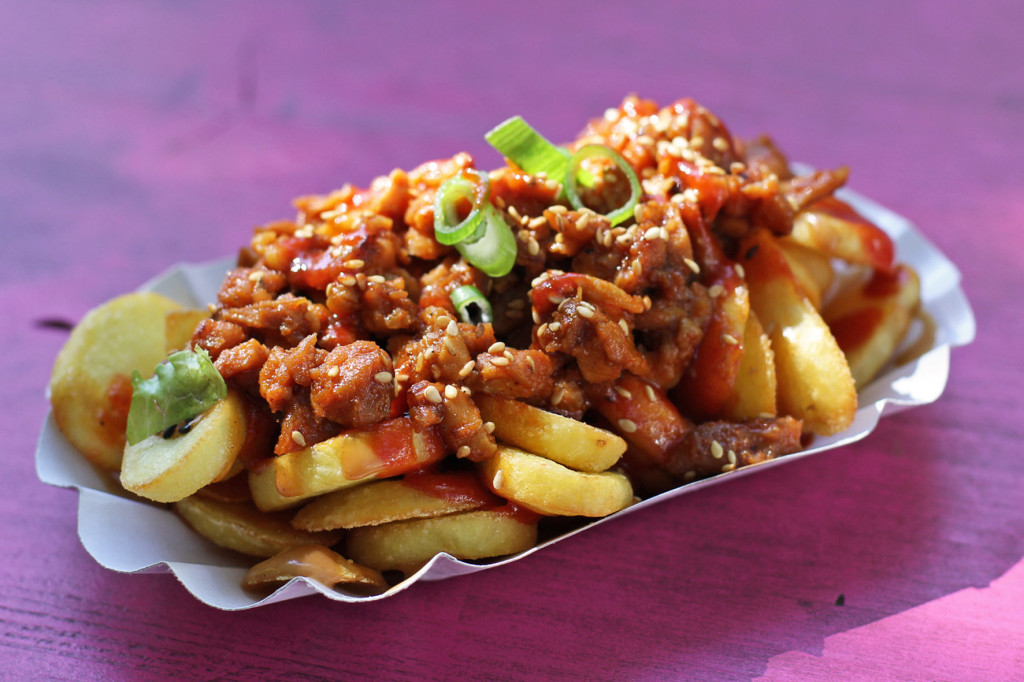 Everyone knows that Berlin doesn’t enjoy a year-long summer so it is great news that Mmaah Korean BBQ opened a restaurant in Neukölln in February.  The location alongside the Landwehrkanal on Kiehlufer definitely isn’t the prettiest but you won’t be thinking about the ugly building when you see the food. 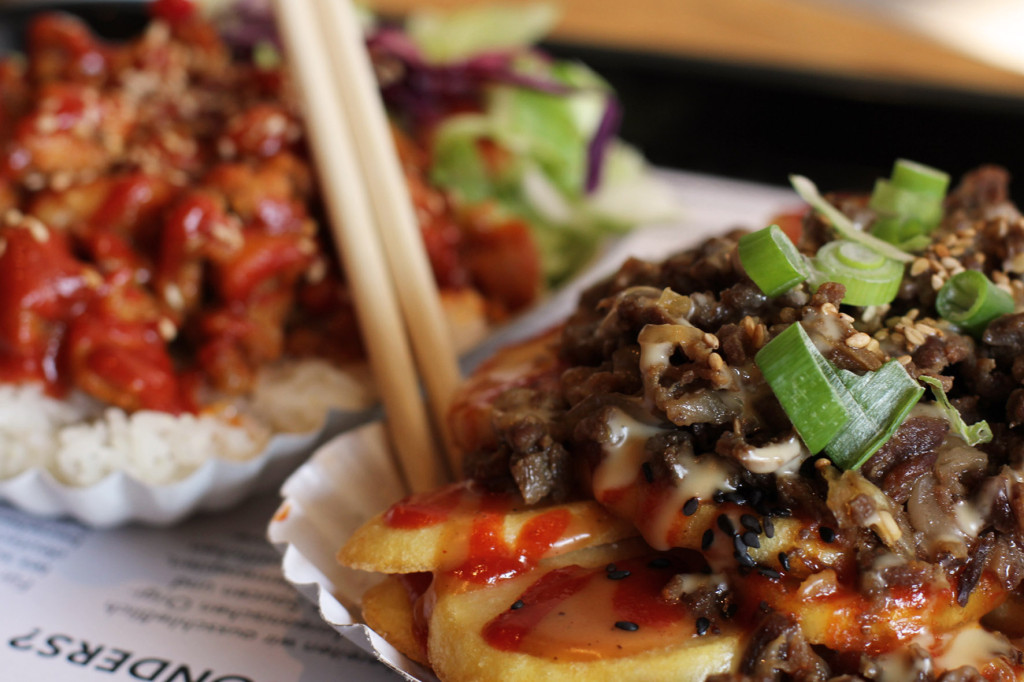 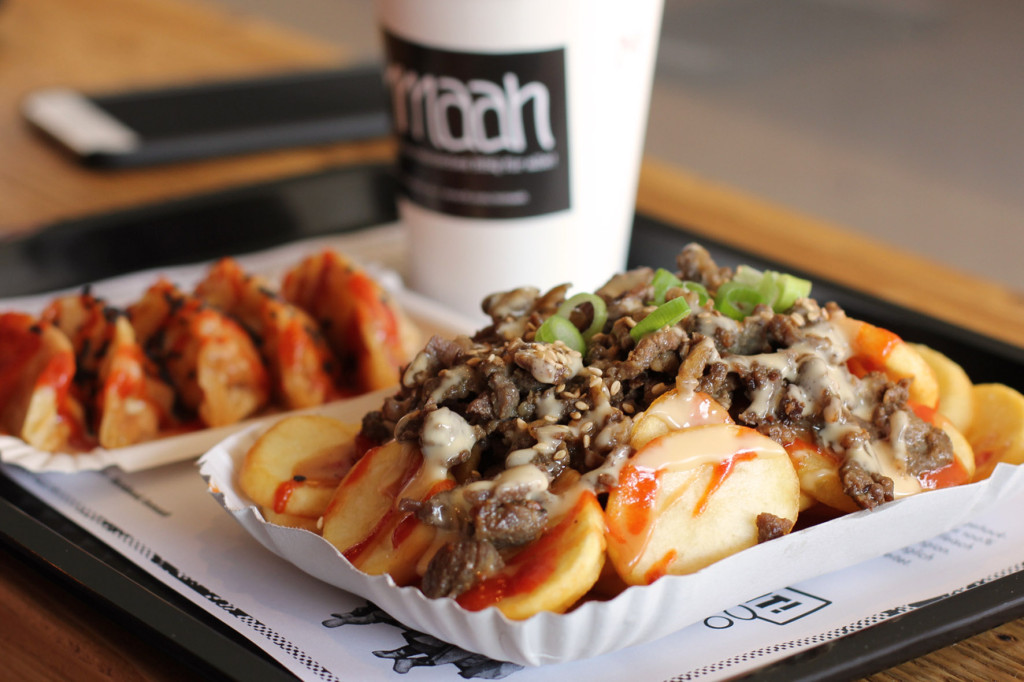 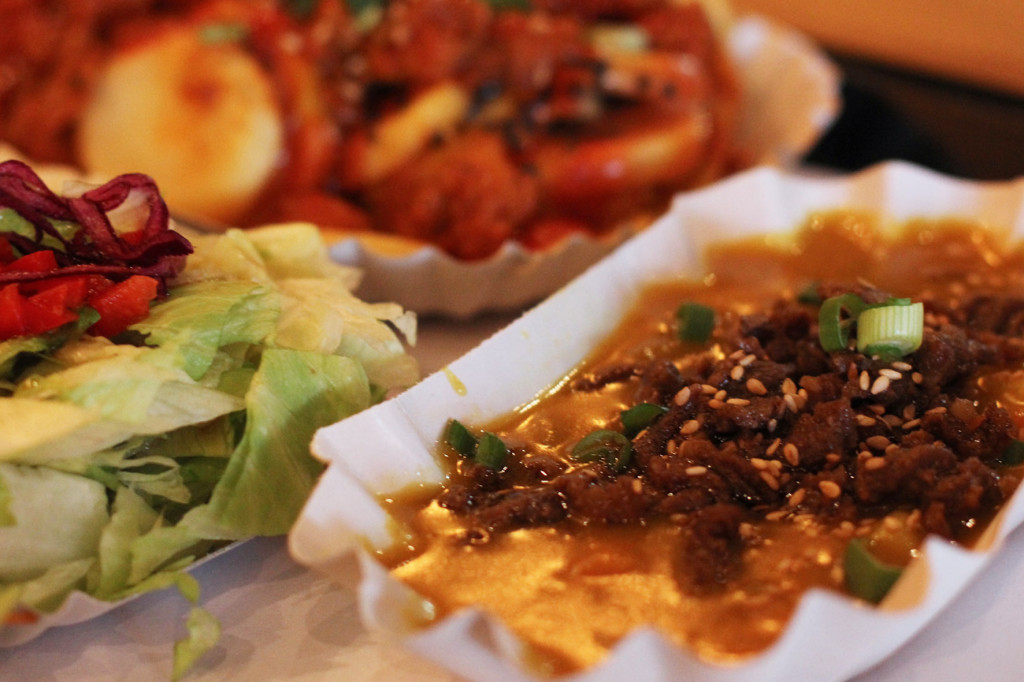 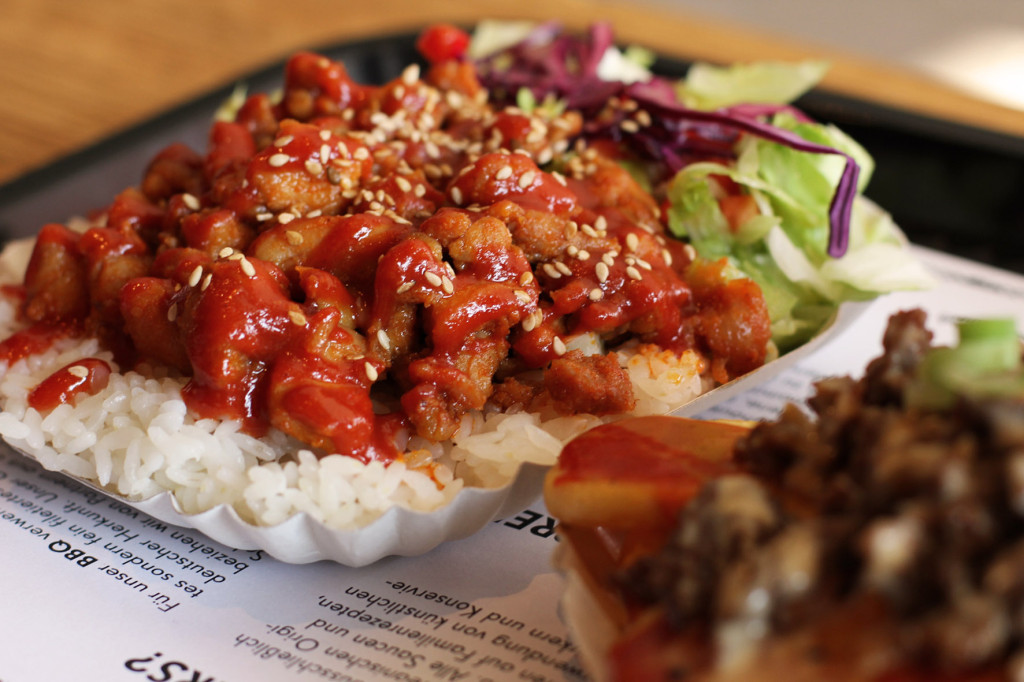 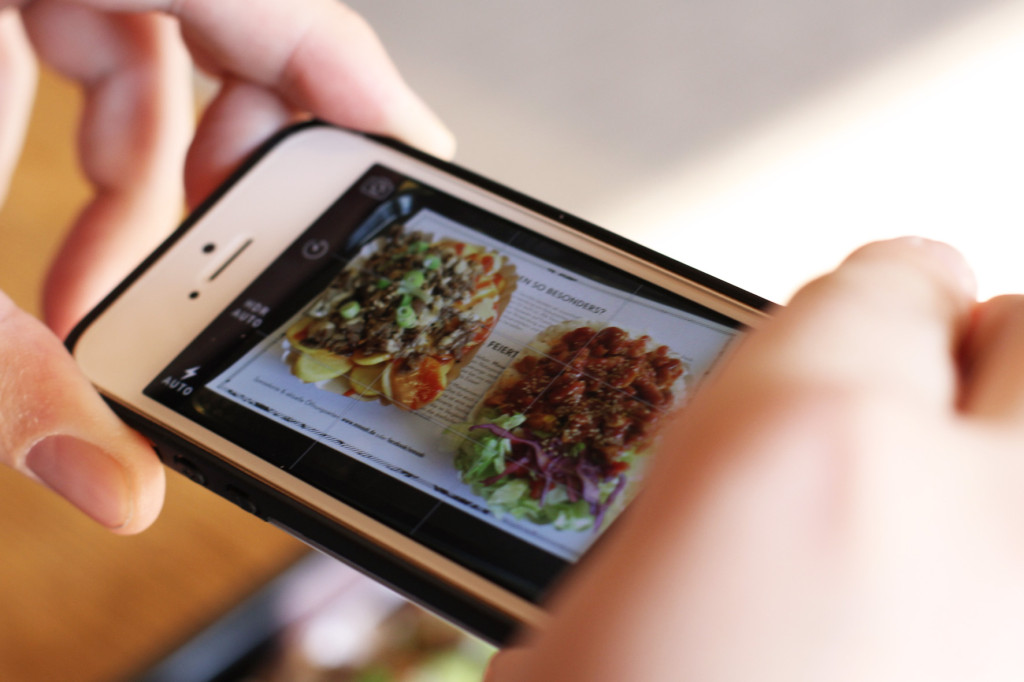 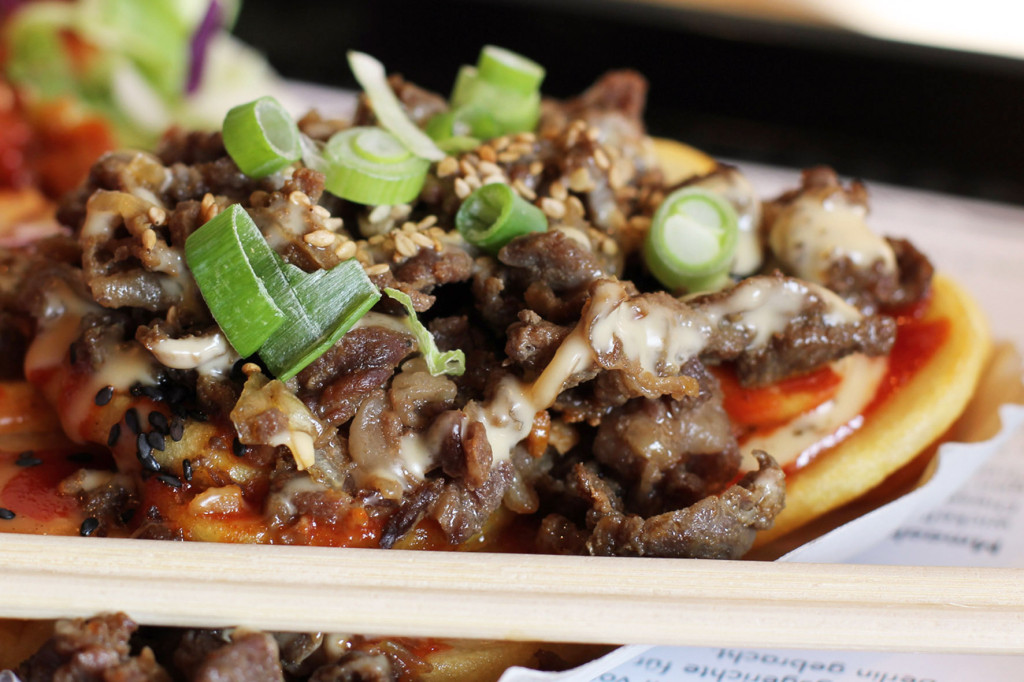 By now, I’ve tried just about the whole menu and everything is unbelievably tasty.  I can’t make my mind up which I prefer, Bulgogi or Hotgogi but I’d definitely choose potatoes over rice.

If you’re planning a visit keep in mind that both locations are closed on Mondays and I’d recommend checking the opening times on the website if you’re off to Columbiadamm – no one wants a wasted trip across Berlin.  Writing this blogpost has given me crazy cravings so dinner tonight is a no-brainer – I’m off to Mmaah Korean BBQ.