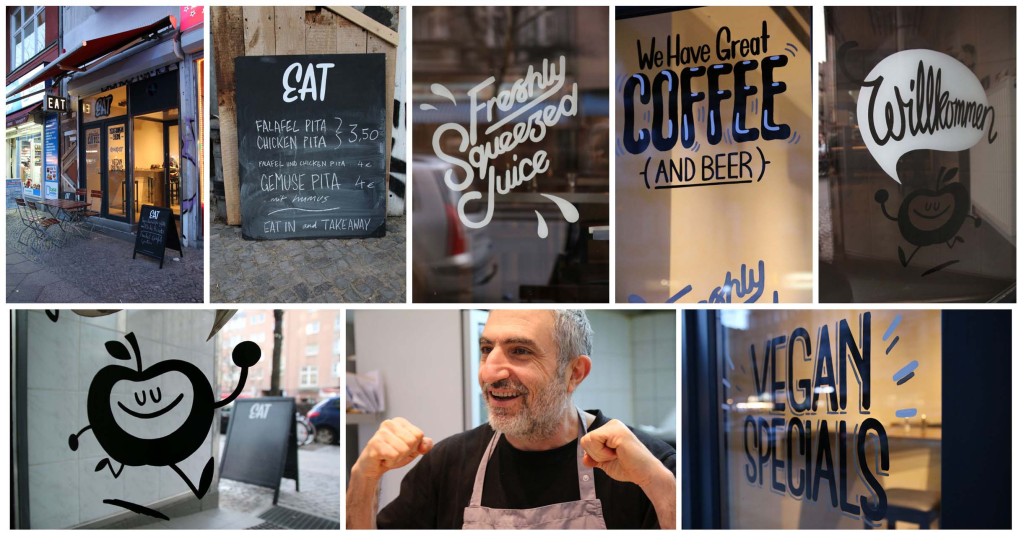 Photo: Courtesy of Dave the Chimp

A couple of days ago I got an e-mail from Berlin-based artist, Dave the Chimp, with a great little story about his experiences at a local café in Kreuzberg called EAT.  Dave can tell the story much better than I could so here is what he sent me:

Last summer a cafe called EAT opened on Kottbusserdamm, in what was formerly a greasy Chinese imbiss sandwiched between a Späti and a Korean nail bar. One day I ate lunch there and the food was delicious – and cheap. As an artist I don’t have much money, so if I can eat lunch, drink a coffee, and leave a healthy tip while only spending 10 euros, I’m a happy man!

I went back the following week and once again really enjoyed the food. I was soon eating there two or three times a week, as were a couple of friends from my shared studio.

Some days the food would make me so happy I had to tell the staff, and once they got over the fact I’m the kind of weirdo who finds joy in salad, they were very friendly, and my lunch hour would extend more and more each day as I hung around talking about everything from politics and the environment to experimental Polish film.

Spending so much time there I soon realised that, despite the excellent food, they didn’t have enough customers. People would stop and look, confused as to what kind of restaurant it was, and move on. Tourists were quickly put off by having to try and read a menu board written in German. The boss, Henrik, confessed that if things didn’t improve he would be out of business before the next summer.

Henrik clearly has a passion for food. An Armenian, who grew up in Iran, he has lived in Berlin for 30 years. He ran a restaurant with his brothers for much of this time, but decided to go it alone and serve great tasting, healthy food, created from his own ideas (the stuffed paprika in a banana and ginger sauce last week was awesome!).

For me, EAT was a valuable resource, physically and mentally, and I didn’t want to see it disappear. So I decided to do what I could to help business, to give some of my time and energy towards keeping this source of great food in my neighbourhood.

I started by re-drawing the menu board to make it legible, and making a menu in English, so that tourists could read what was on offer without having to do so while standing at the counter. I installed a small lending library of English and German books, and invited different friends to lunch to ask their opinion on what could be done to increase business. Though all were in agreement that the “product” was great, they all had differing opinions on what needed to be done to attract customers.

One thing was clear though – no one expected to find this kind of food on Kottbusserdamm, and it was important that we make the place stand out. I decided to paint the windows, and asked my sign writer friend Juliane Kownatzki to help. She had the idea to create a facade of reclaimed wood on the outside of the building, to draw attention to the fact this was not just another falafel shop, and to make a statement among the plastic fronted stores that fill the street. 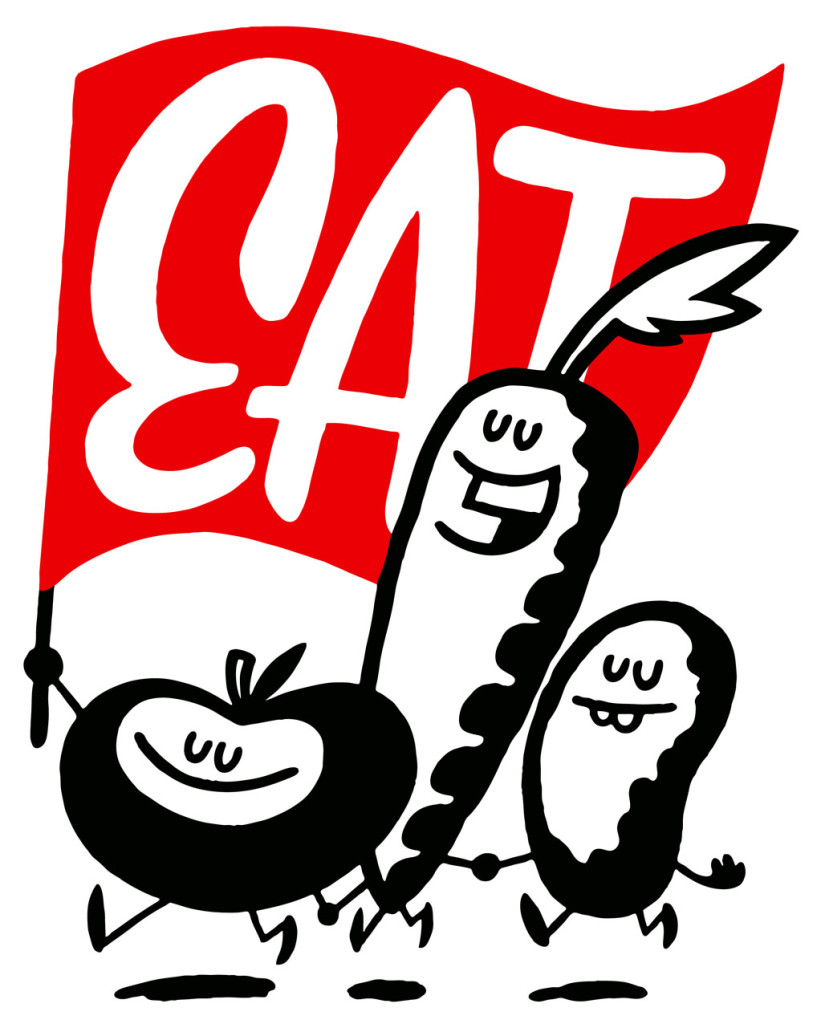 This is still a work in progress for us. We are doing it to keep open a restaurant we love to eat in, a place we think is valuable to our neighbourhood and our community. I firmly believe that if you give of yourself, of your time and energy, your love, that life will give back. We’re not paid for the work we do, but when we’re broke we always know we won’t starve. And we have a new friend in Henrik.

Even better, Juliane and I have discovered how well we work together, and now plan to start a small sign painting/mural painting company, thus enjoying our working life more. It’s fun to work with friends!

Life in 2015 is pretty messed up in a lot of ways. We could all benefit from eating better, from sharing our time and energy, from thinking less about ourselves, and more about the world as a whole. Capitalist consumer society relies on us being divided, being individuals, so it can sell us more stuff. It’s time to fight back against this unhealthy attitude. Work for free, for food, for love! Research shows that people that give are happier and healthier than those that only think about themselves. Be a giver, and receive a better life in return! This is the revolution!

I hope this story can inspire others to give their time and energy to make their neighbourhood a better place.

I don’t know about you but Dave’s enthusiasm for the food at EAT in Berlin makes me keen to try it so I’ll be popping along soon.  If you’d like to eat at EAT it’s at Kottbusser Damm 94 near U-Bhf Schönleinstrasse and is open Monday to Friday from 12:00 to 20:00.