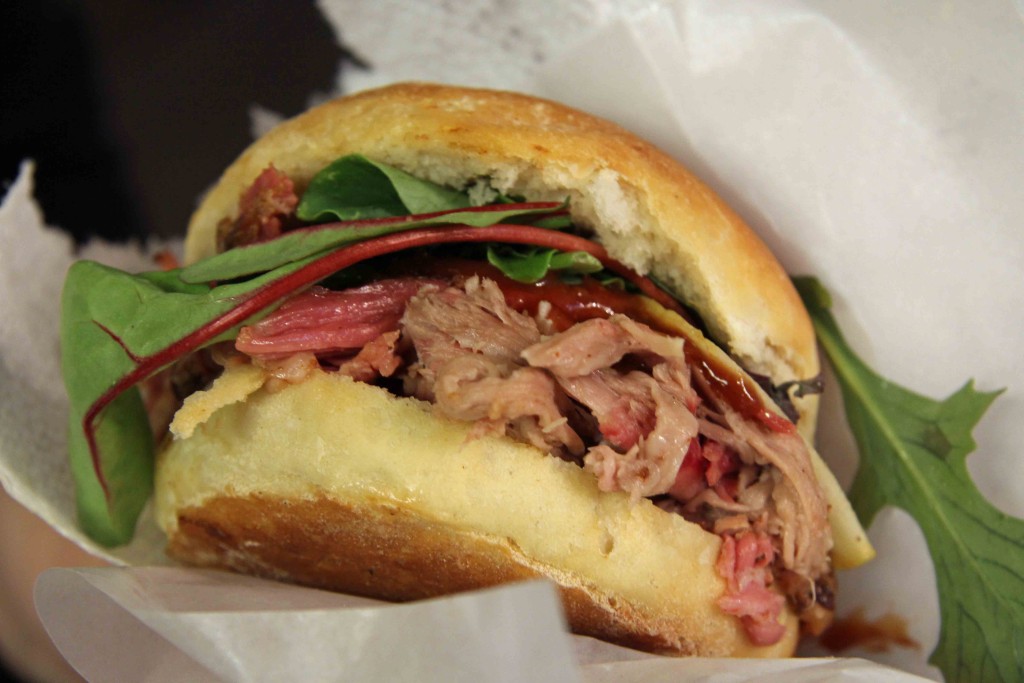 Big Stuff Smoked BBQ in the Markthalle IX in Kreuzberg should be a Mecca for Berlin meat lovers.  The sandwiches are mouth-wateringly spectacular – so tasty in fact, that looking at the pictures while I type this is almost too much to bear.

The star of the show at Big Stuff Smoked BBQ is undoubtedly the meat, which has been slow cooked to the point where it is melt-in-the-mouth tender, juicy and succulent but the sauces and accompaniments play a commendable supporting role.  The buns are organic, handmade in Berlin and based on a traditional Scottish recipe.

On my first visit I went for the Pulled Pork sandwich for €5.50, which came with BBQ sauce, slices of apple and salad leaves.

I would always recommend taking the staff’s advice on what to have in your sandwich.

Last time, I went for the Beef Brisket sandwich, which costs €6 and came with a spicy BBQ sauce, Sauerkraut and pickles. 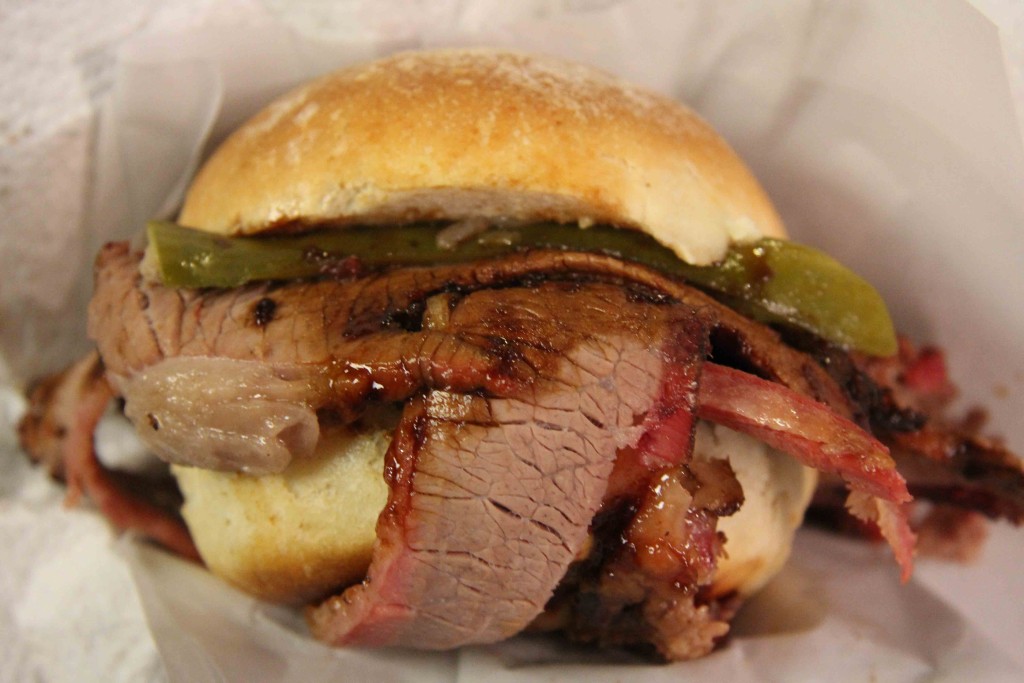 Feeling particularly hungry I opted to go back for seconds and this time chose the Pork Belly sandwich, the most expensive of the three at €7, accompanied by pickles and BBQ sauce. 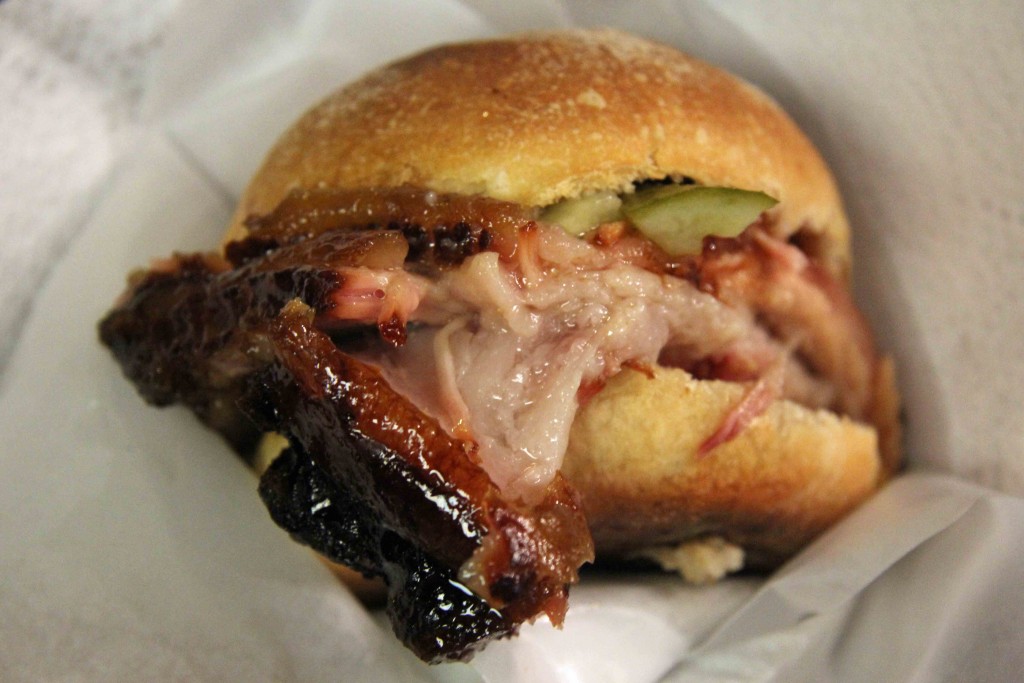 It turned out my eyes were bigger than my belly – don’t be fooled by the size of the buns, as you can see they are overflowing with meat – despite my big appetite I had to call on Steffi to help me out.

There is also a Meat Platter on the menu but I haven’t tried that yet.  There’s always next time.

If you are eating at Big Stuff Smoked BBQ I would recommend washing down your sandwich with a beer from Heiden Peters.  I’ve been very impressed with the Pale Ale and the Weizen that I have had there in the last couple of weeks.

There is a warning on the Big Stuff Smoked BBQ Facebook page:

Please note: our food takes endless hours to cook, so when it’s over it’s over.  Come hungry and come early.

Big Stuff Smoked BBQ is only open from Thursday to Saturday and always seems busy – I guess those in the know are determined to get their fix.  I have been the last two weeks during the new weekly Berlin event, Street Food Thursday at Markthalle IX – and the queue has snaked around the corner of the booth – always a sign of good quality.