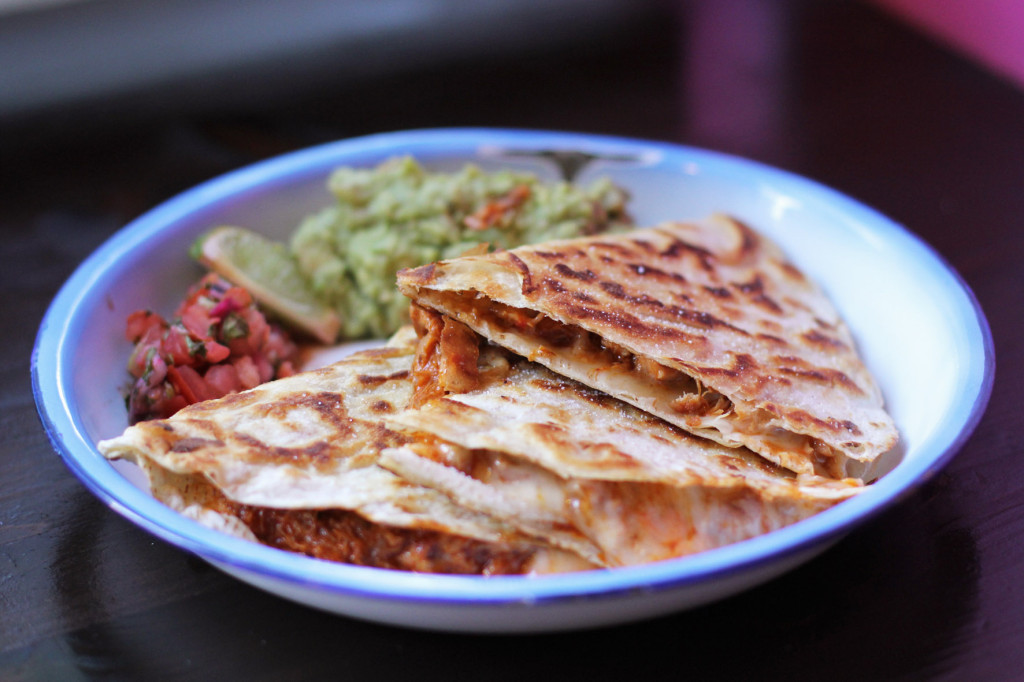 Maria Bonita on Danziger Strasse is only big enough for a handful of people to eat at the same time but the food at this tiny Mexican bistro is a real treat. 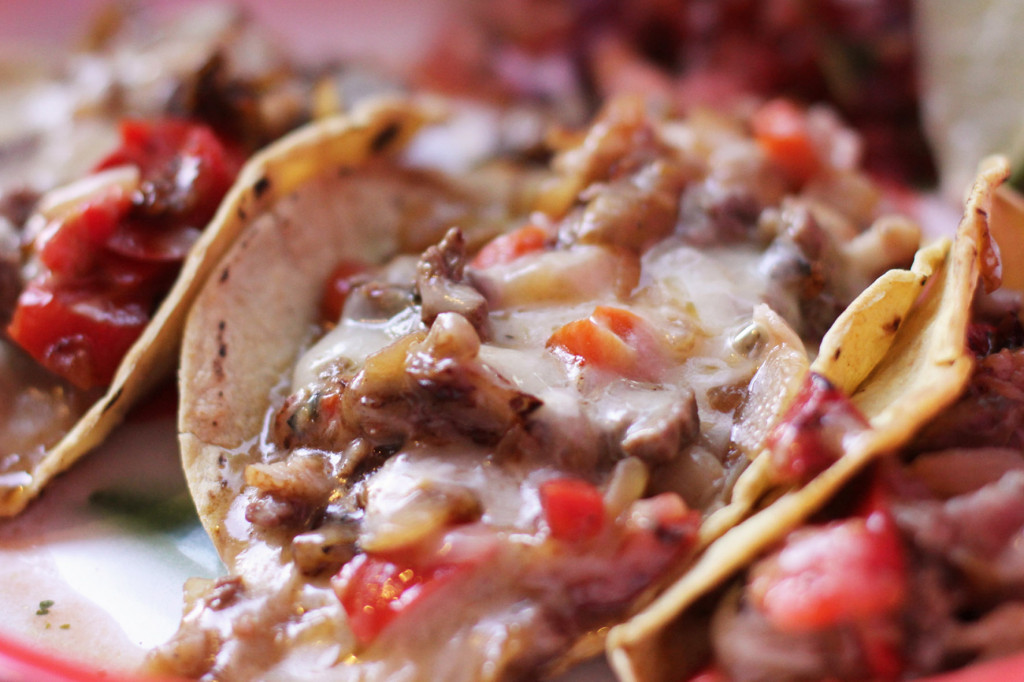 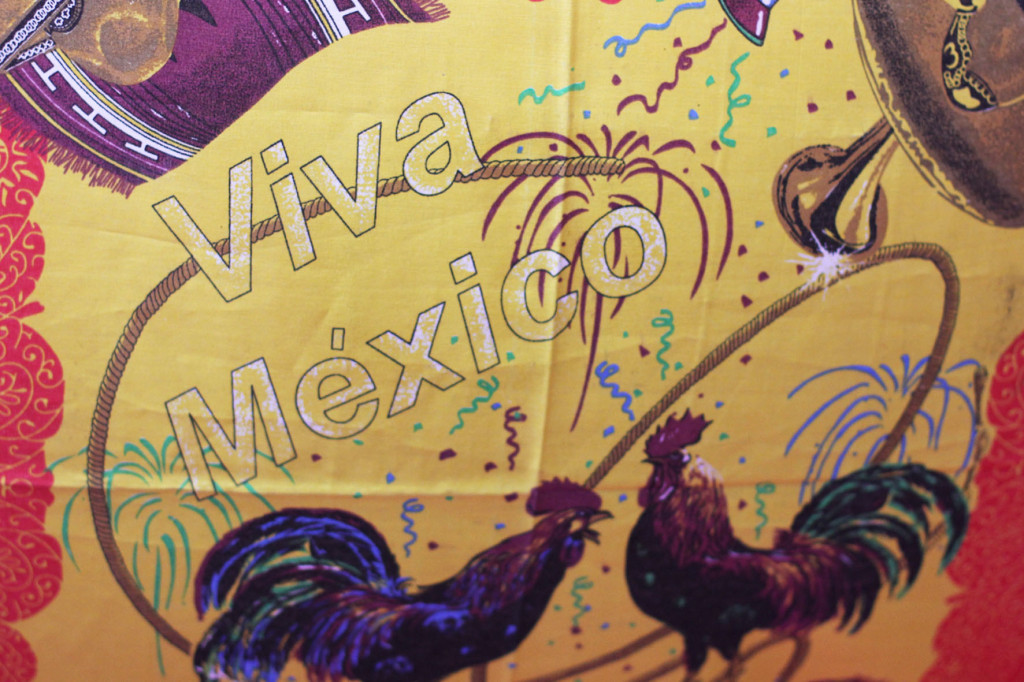 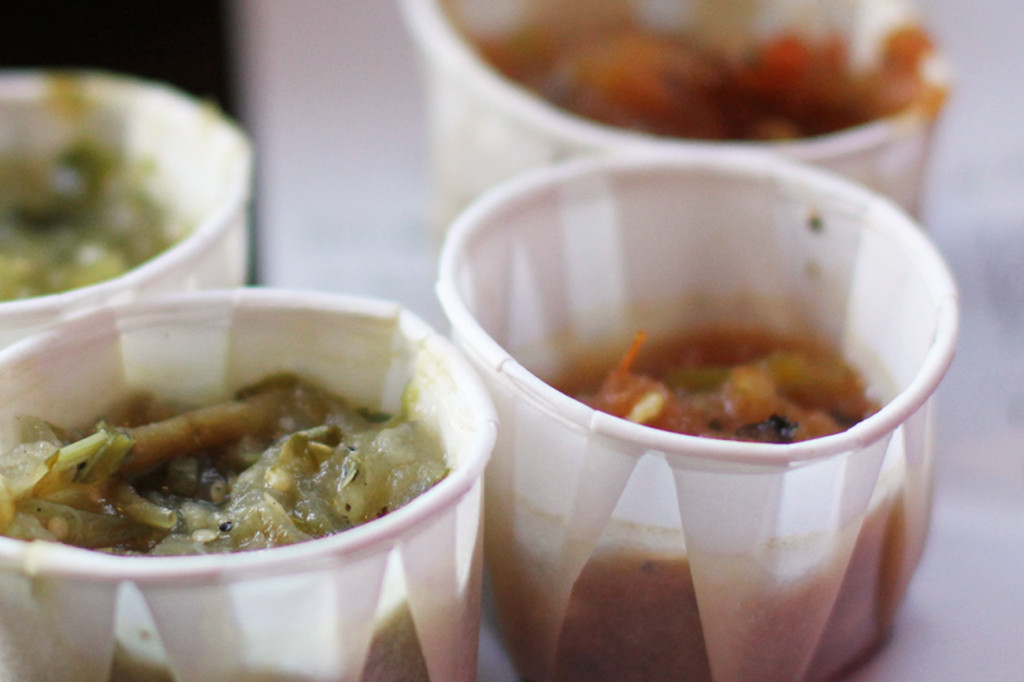 A lack of good Mexican food in Berlin is one of the biggest culinary gripes in the city, especially amongst the expat crowd.  As an indication of just how bad it can be here, I once had Fajitas with cabbage in them – a first (and I’m determined a last) for me.

So I’m pleased that some friends told me about the quality of the Mexican food at Maria Bonita not long after I moved to Berlin. 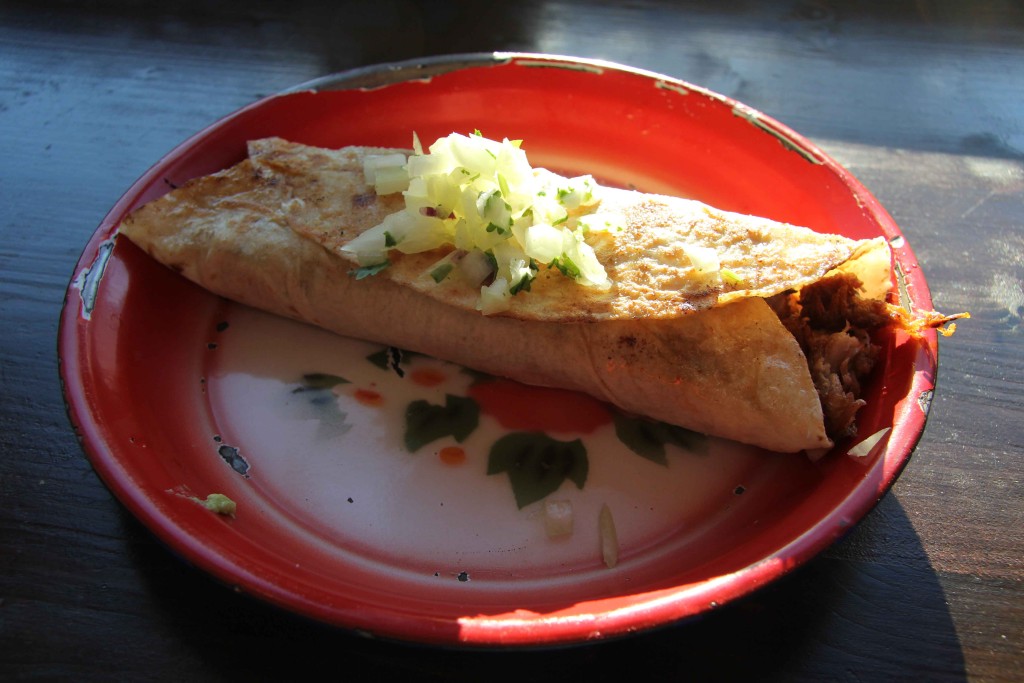 In the early days my meal of choice was the Puerco Especial Burrito – a large tortilla filled with pork, guacamole, red salsa and Chipotle cream – an abundance of meat with a great balance of flavours for 7€.

Over the years I’ve tried out most of the dishes on the menu and I’m still a fan of the Puerco Especial and everything I’ve had has been tasty but my go to dish now is the Huevos con Beicon – scrambled eggs, refried beans and bacon wrapped in a tortilla.

Unfortunately, it’s not the most photogenic meal but believe me it tastes amazing. 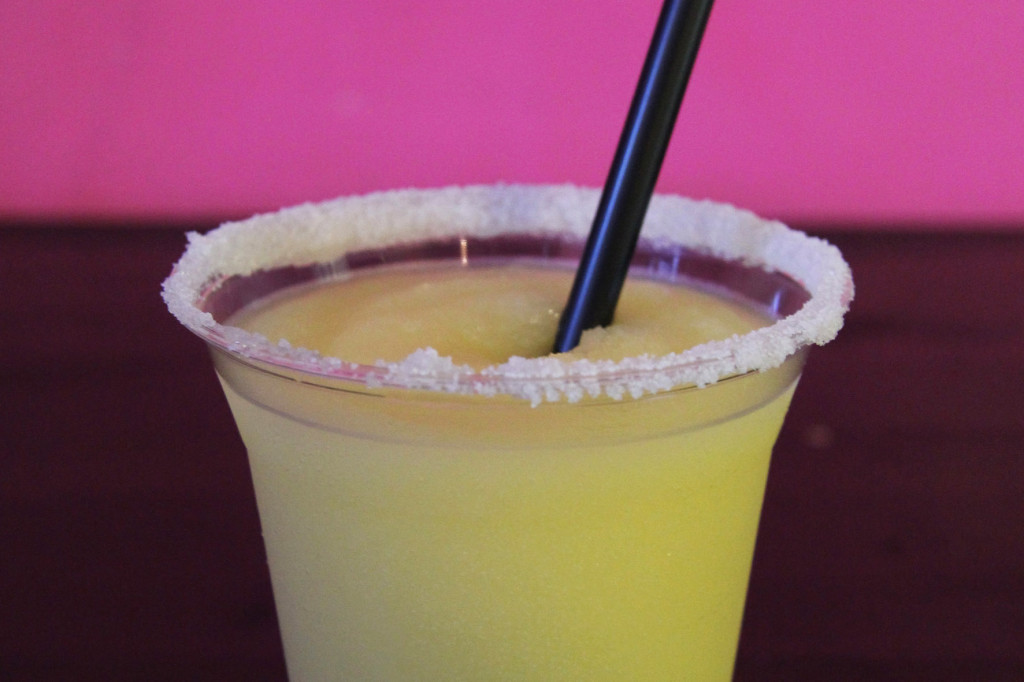 A beer is always a good option for washing down Mexican food but Maria Bonita also does a mean Frozen Margarita – perfect for hot summer days.

For a full rundown of what is available you can check out the menu on the Maria Bonita website.

Maria Bonita, as mentioned earlier, is a small restaurant – just a kitchen really with a few stools at counters facing the cooking, the street and along the sidewalls (10 or so in total).  In the summer though you can eat at the tables outside on the pavement or take your meal to Mauerpark – the M10 tram will take you from the door (almost) to the park. 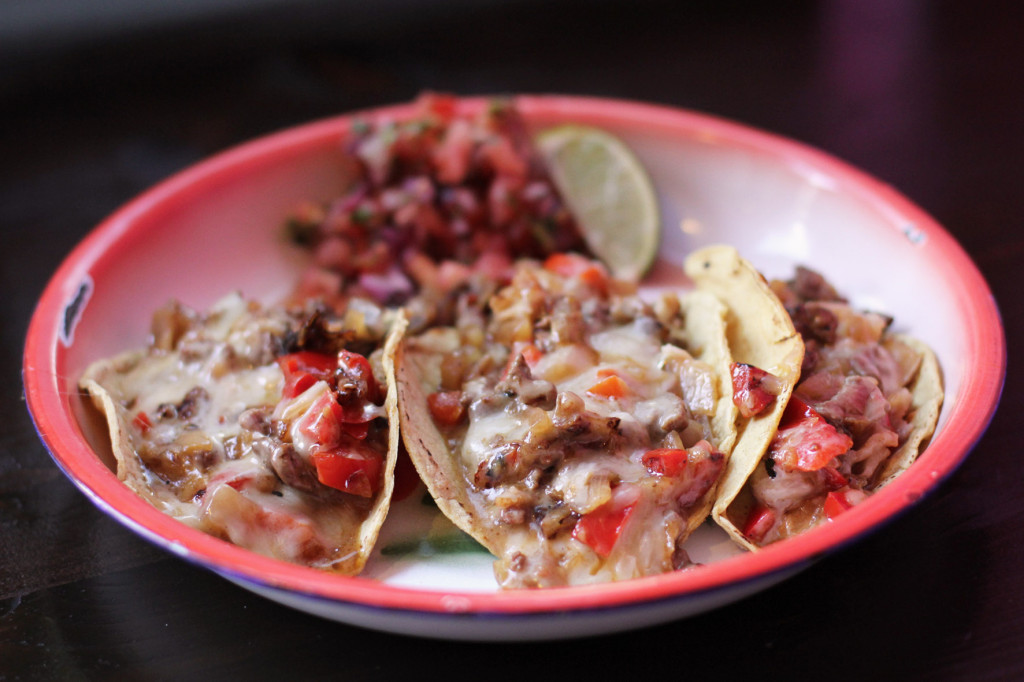 The choice of Mexican restaurants has improved recently with the opening of Santa Maria Eastside and NETA Mexican Street Food but Maria Bonita remains one of the best options when it comes to Mexican food in Berlin.

Snapshot: Berlin Skyline at Night from dem Französischen Dom
Ohrwurm: Everything Everything – MY KZ, UR BF