The new year started with a bang – well, lots of them actually.  I spent my first Silvester (New Year’s Eve) in Berlin and went to watch the fireworks at Brandenburger Tor from a side street near Potsdamer Platz.  Here’s a short video:

For anyone who hasn’t experienced it, Silvester in Berlin is mental, with people launching rockets from their hands and throwing bangers at the feet of other revellers.  For a bit of an insight into just how ridiculous it can be, check out this video shot in Neukölln that night:

January is the month I finally succumbed to the lure of instagram and also discovered the joys of another great new app – Untapp’d – thanks to Gilly.  This is foursquare for boozing – check in your beers. 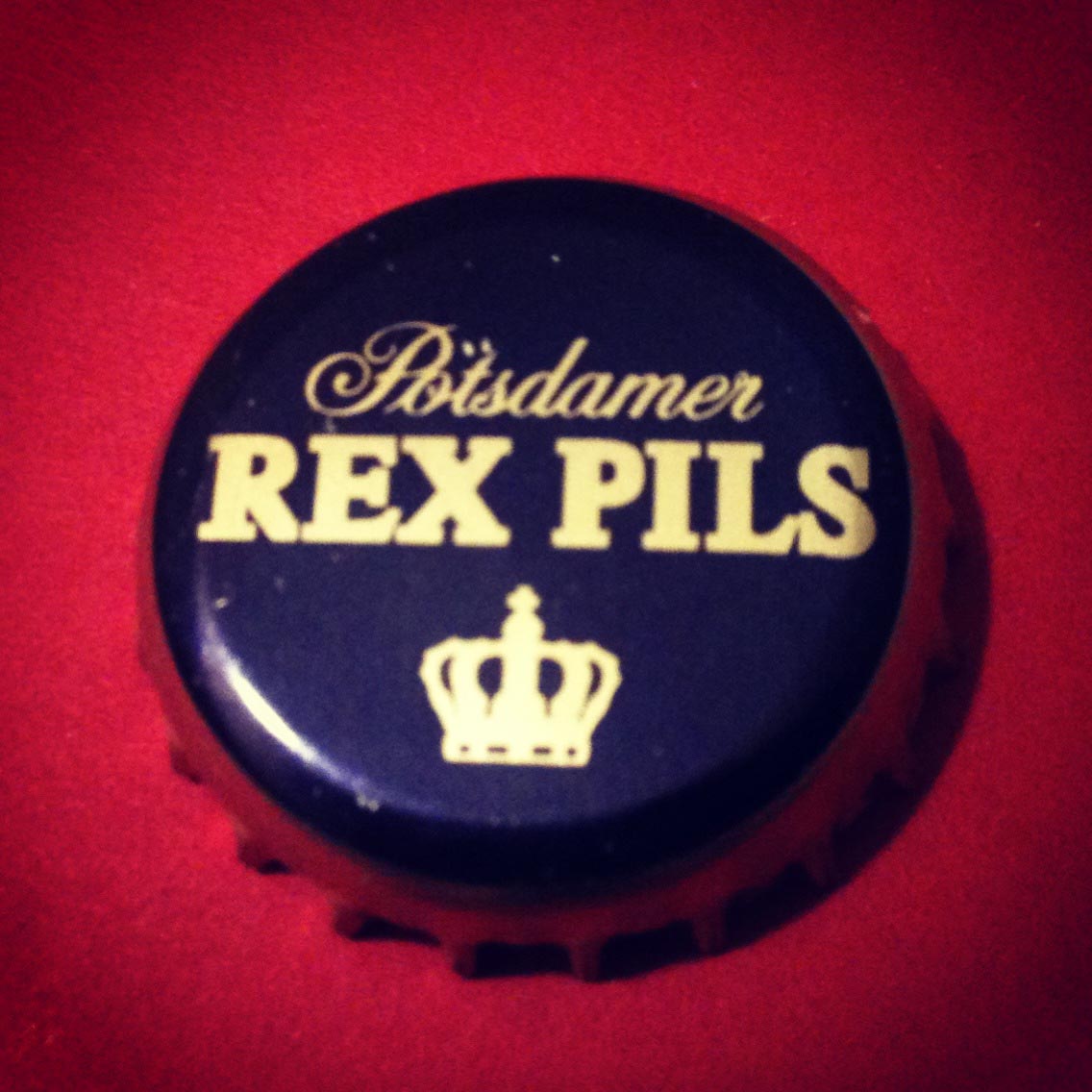 After Christmas in Cardiff and some time settling back in to my Berlin routine I was getting Currywurst withdrawal symptoms so I headed to my favourite Berlin Imbiss – zur Bratpfanne.  Even standing around in freezing temperatures this is one hell of a lunch. 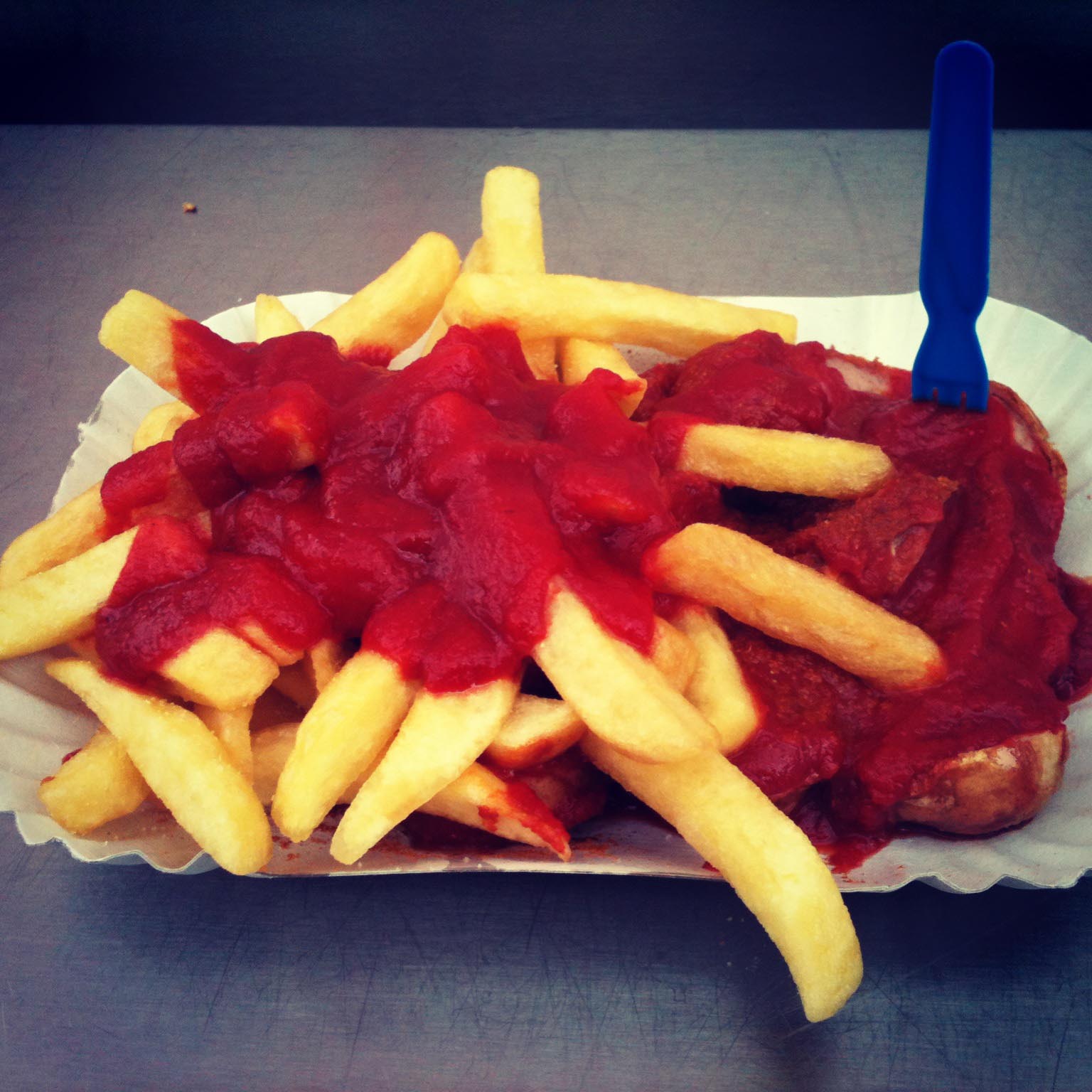 Popping into the Hof at Haus Schwarzenberg near Hackescher Markt I saw this sticker by Mein Lieber Prost. 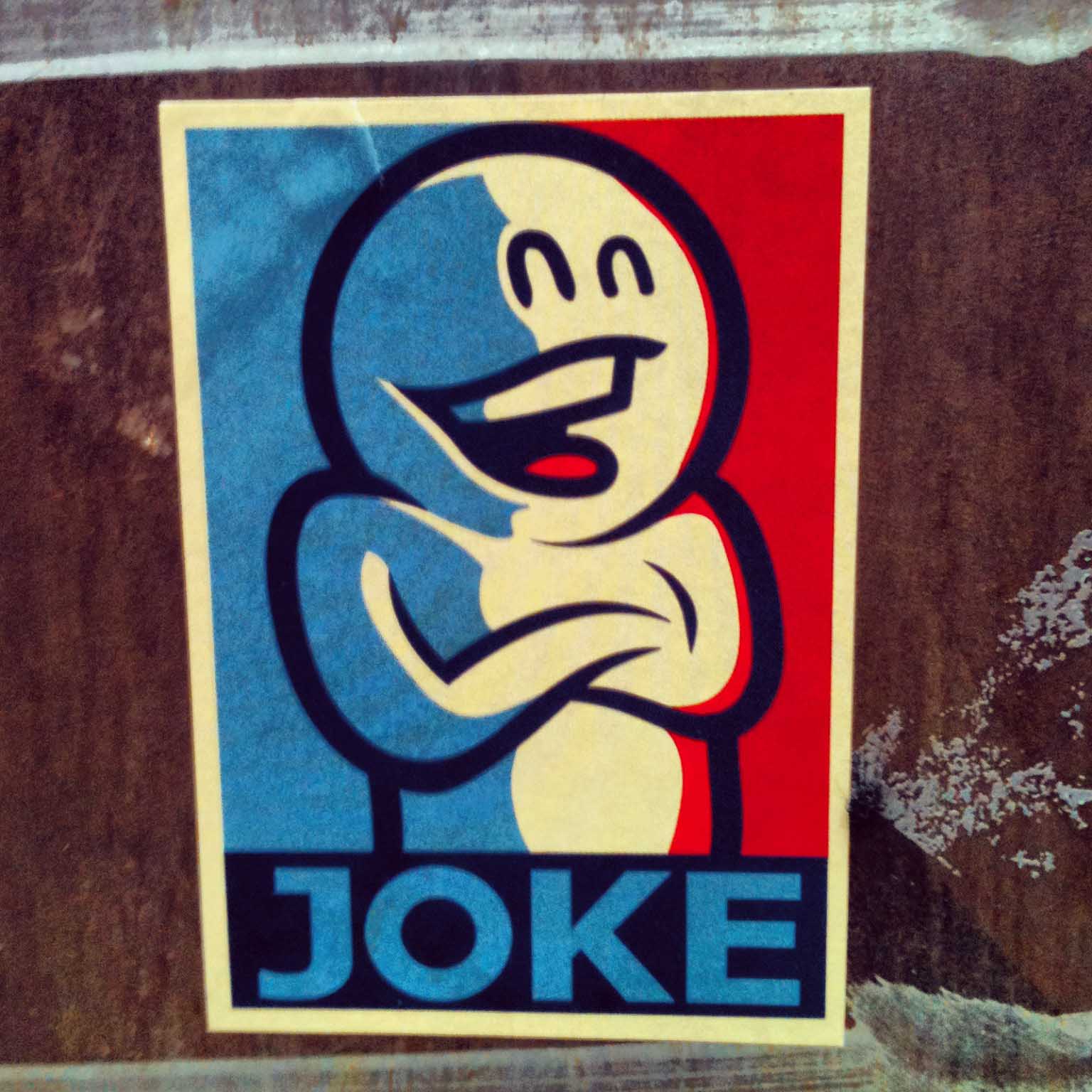 I spotted this ‘TANZ’ (dance) sign from a distance as I walked along Chaussestrasse and only realised as I got close that it is on the side of the Hafen Bar, somewhere I’ve been told I have to go for the Schlager (more withdrawal symptoms since Schmankerl-Hüttn closed). 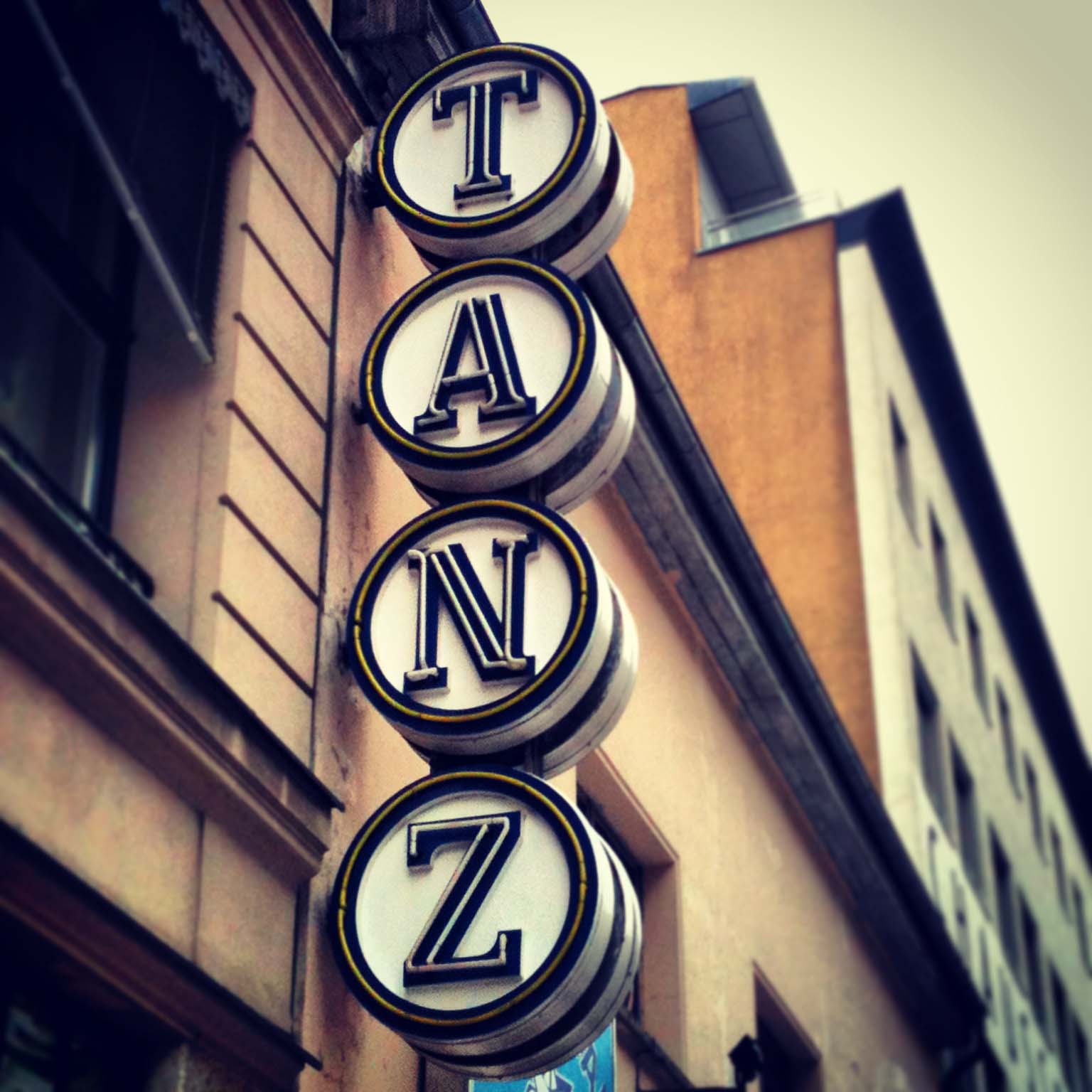 The Berliner Philharmonie (Berlin Philharmonic) looks a little bit like a cross between a circus tent and an alien spaceship. 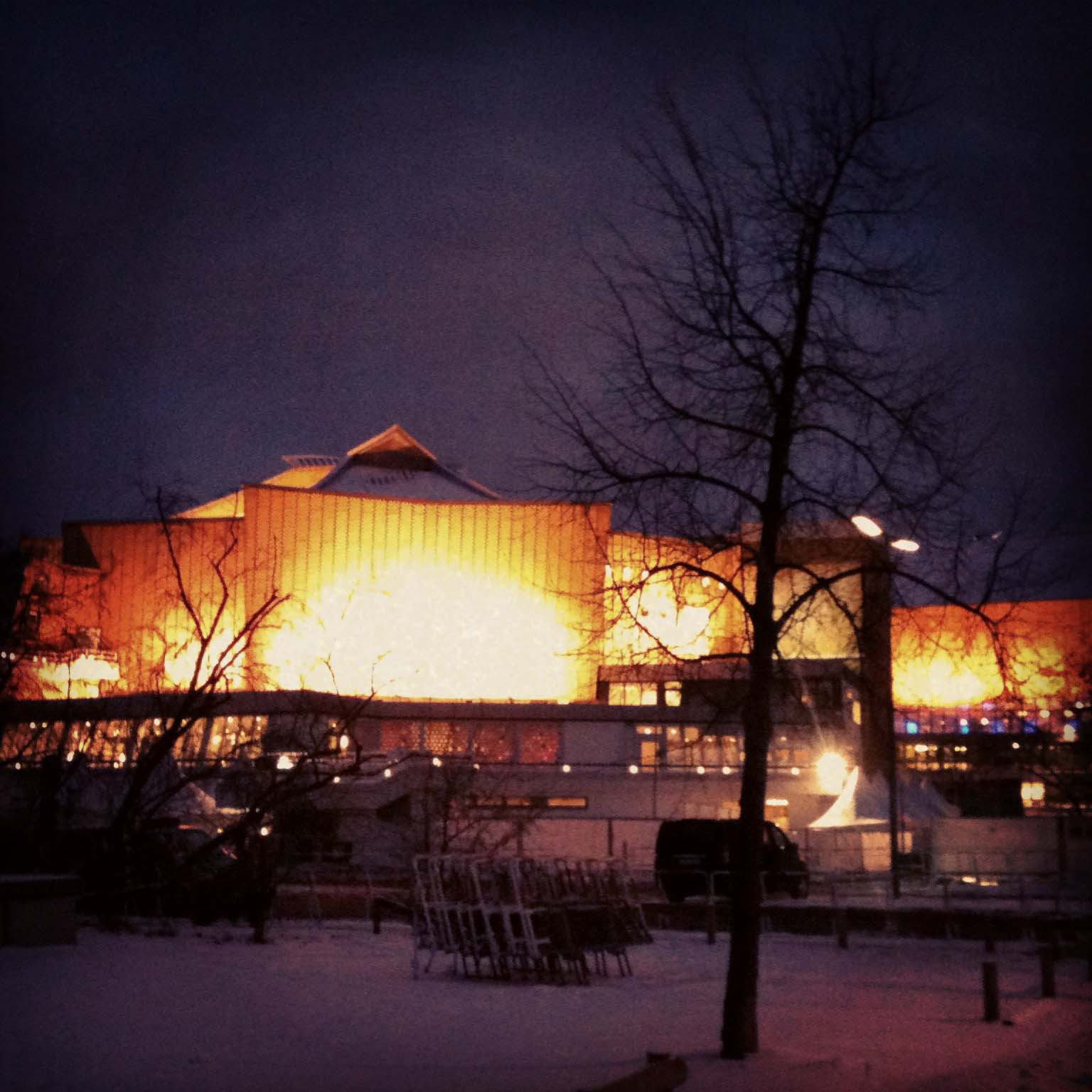 Beelitz-Heilstätten is a former tuberculosis sanatorium and German military hospital, where amongst others, Adolf Hitler convalesced after the First World War.  An hour or so from central Berlin, it has been abandoned for many years and is a popular urbex destination.  Most of the buildings have been secured now and this post indicates that someone is charging curious souls for entry. 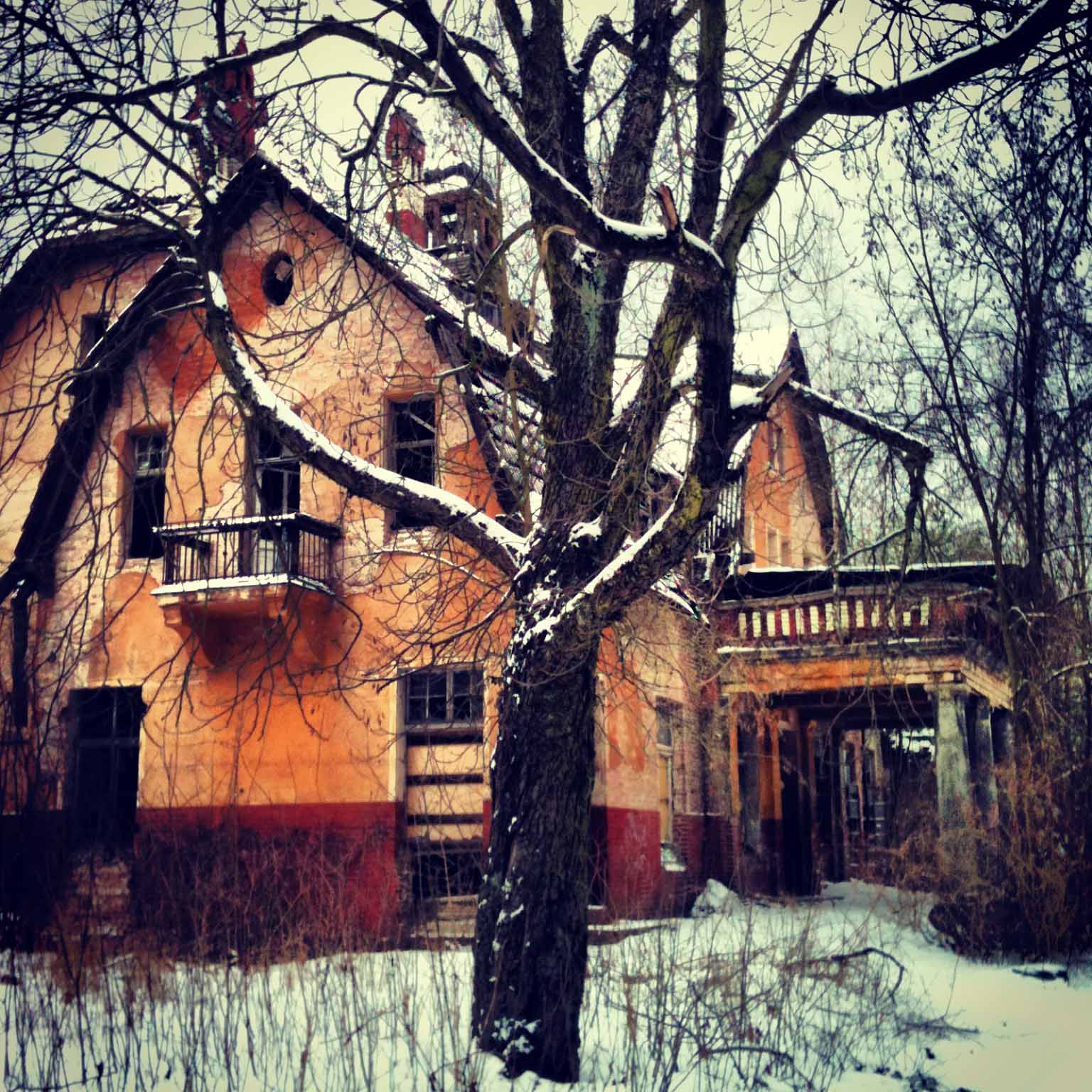 I spotted this cheeky cow when I was wandering around Kreuzberg on the day I found most of the Street Art that would feature in my MTO – Photorealistic Street Art in Berlin and Finding AliCé By Accident posts. 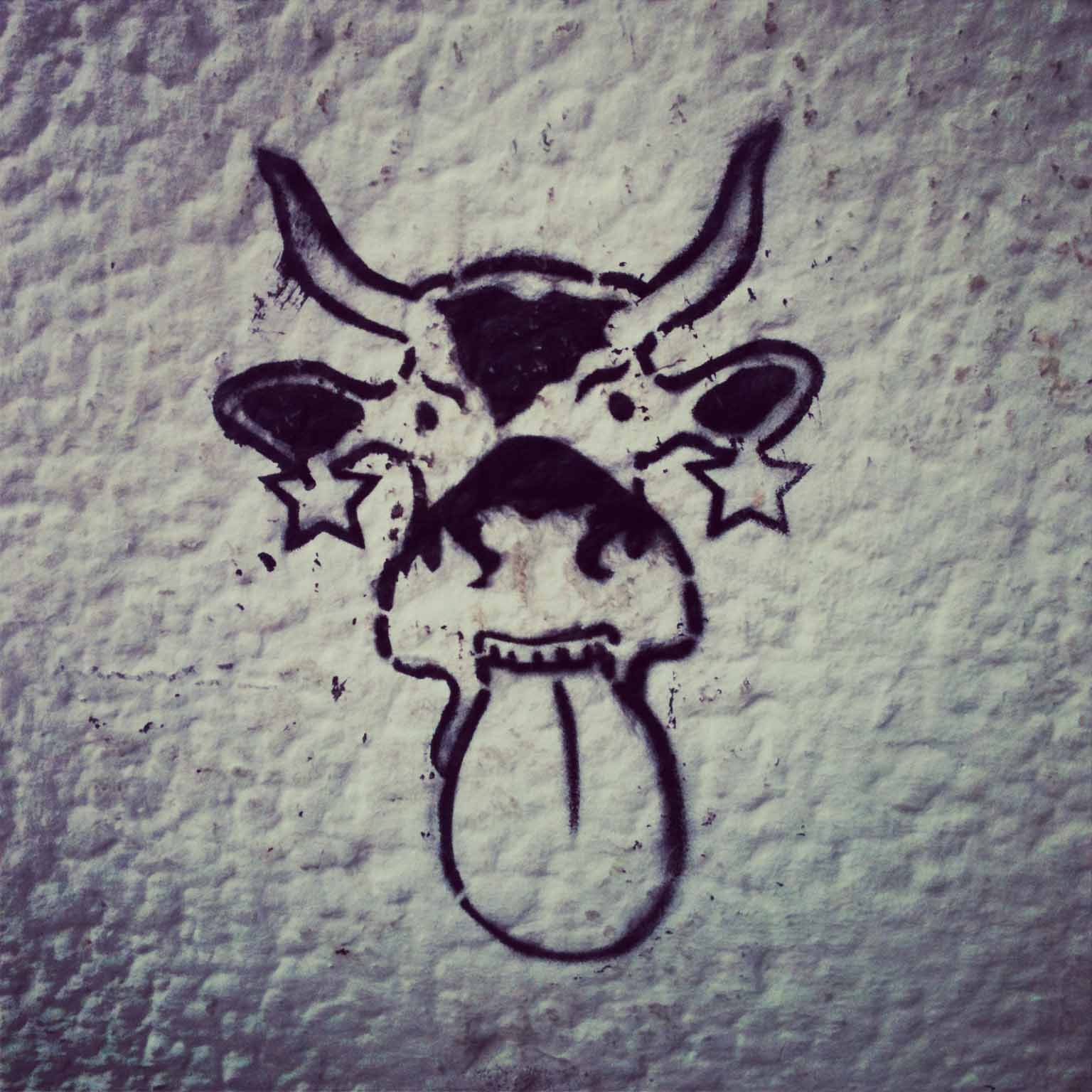 Berlin went Bowie mad in January after he released Where Are We Now?  Read more about Bowie’s Berlin in my Famous Berliners: David Bowie post. 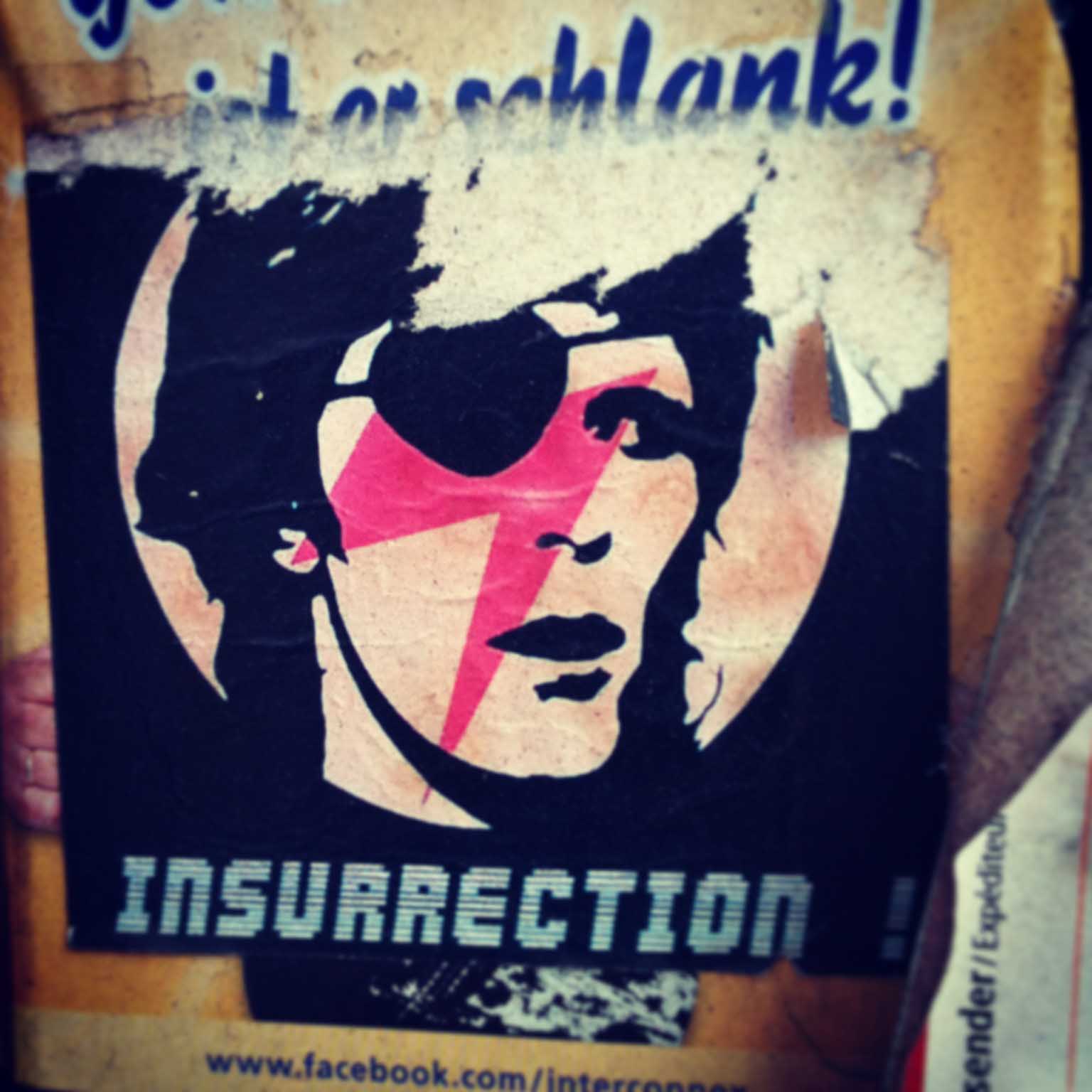 There was plenty of snow in Berlin in January and someone built this snow princess outside the hairdresser next to my building. 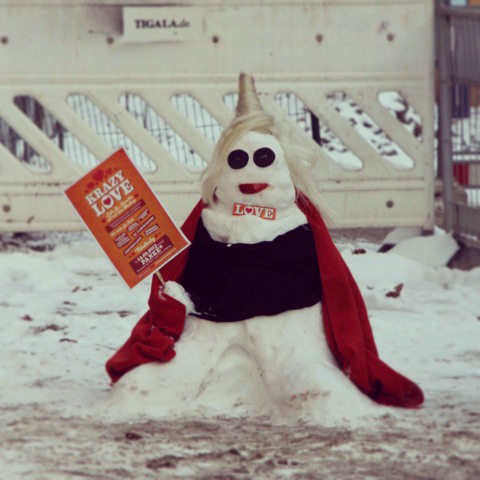 2 Responses to Photos From My Phone – January