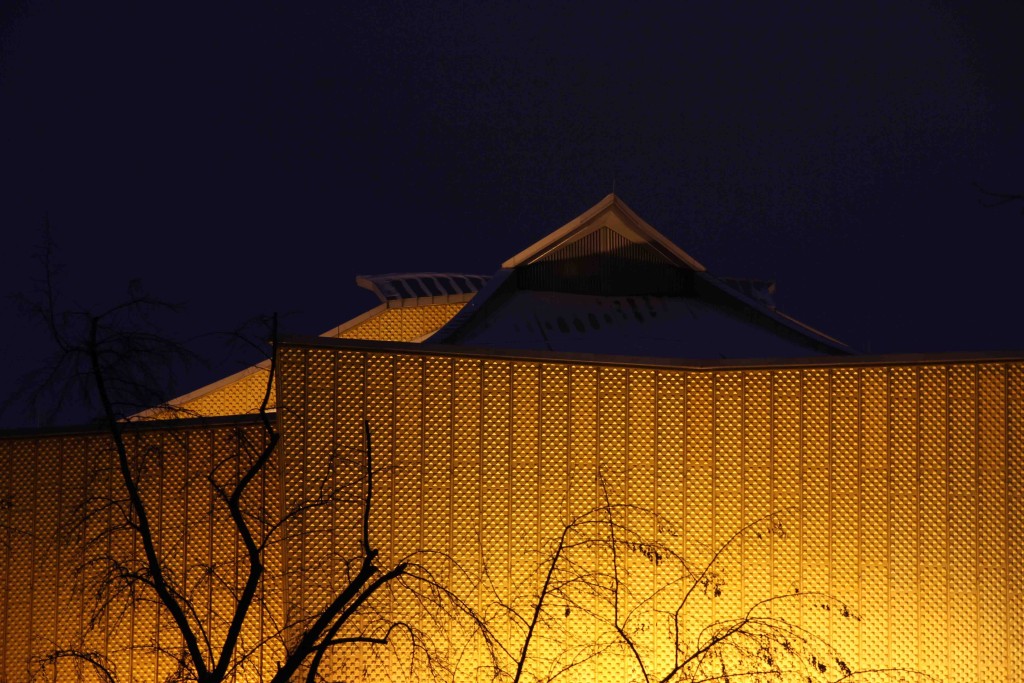 The Berliner Philharmonie (Berlin Philharmonic Hall) is an asymmetrical and angular building in the Kulturforum near Potsdamer Platz in Berlin.

Designed by Hans Scharoun, the building was completed in 1963 and is particularly striking when lit up at night.

I took this picture as I wandered past the building yesterday evening.

I didn’t realise it at the time but the German President Joachim Gauck, Chancellor Angela Merkel and French President François Hollande were all in attendance at a concert to celebrate the 50th anniversary of the Élysée Treaty.

Also known as the Treaty of Friendship, the accord was signed by Charles de Gaulle and Konrad Adenauer on 22 January 1963 and marked a new era in relations between Germany and France.