It’s time for another cracking assortment of top quality Street Art seen on the walls, lamp posts and street furniture of Berlin.

I have linked to other posts where some of the artists have appeared on andBerlin before. 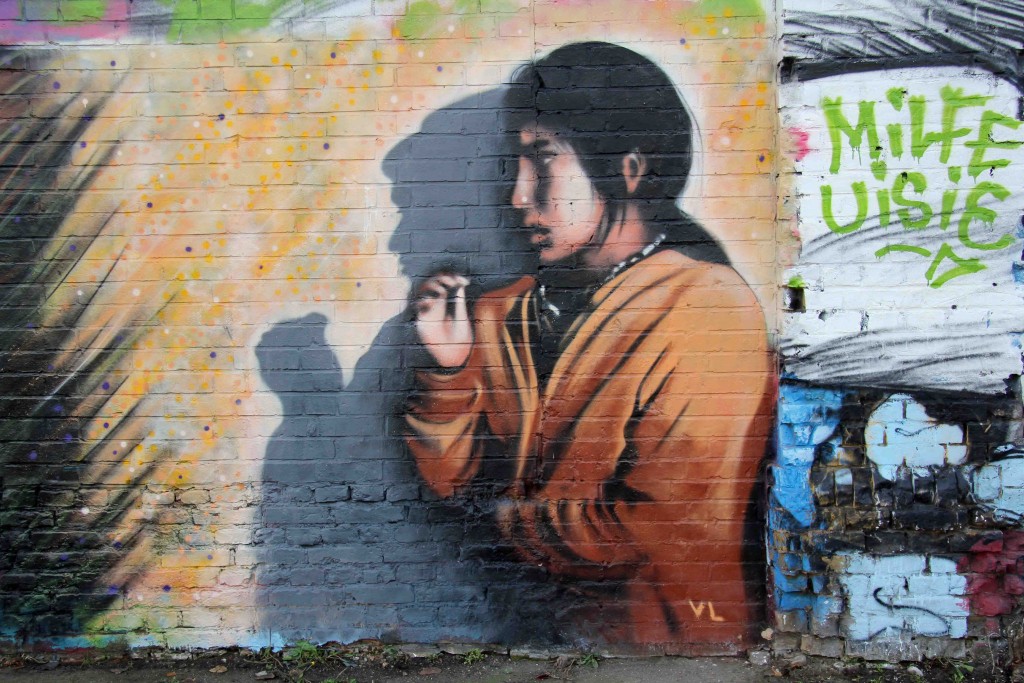 I was really chuffed to find this Dede piece at Urban Spree because I had seen it on his Flickr but didn’t manage to uncover it before I wrote my Dede post. 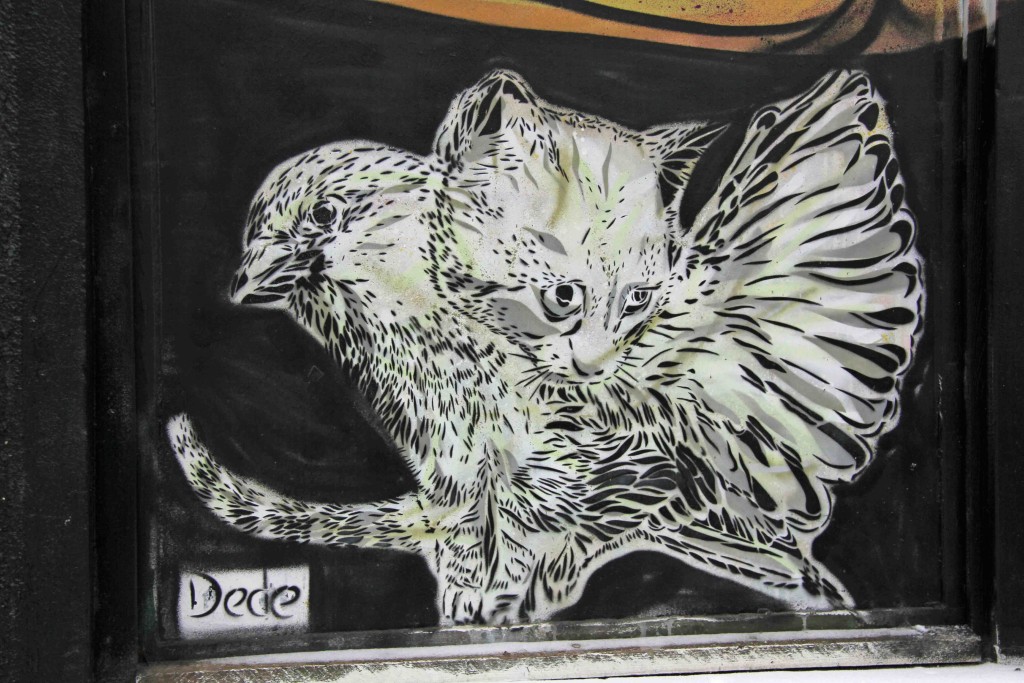 The London Police is a street art collective that was formed to combine travel with art and I love this giant mural spotted in Kreuzberg while I was tracking down pieces for my MTO post. 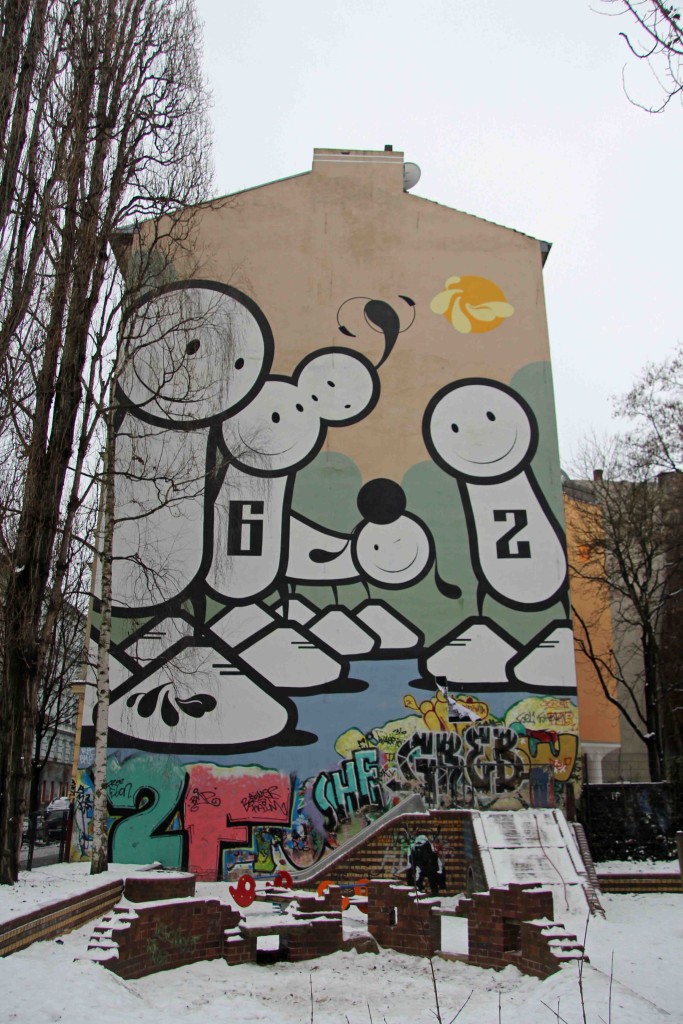 Colourful and surreal, Robi The Dog‘s paste-ups have added something a little bit different to Berlin’s street art scene. 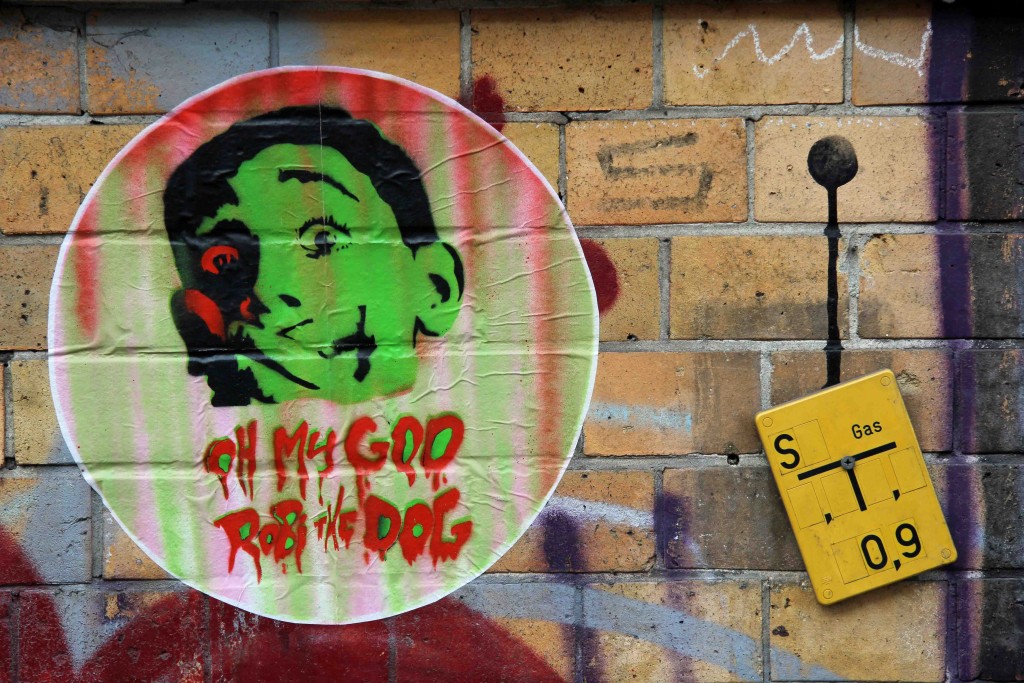 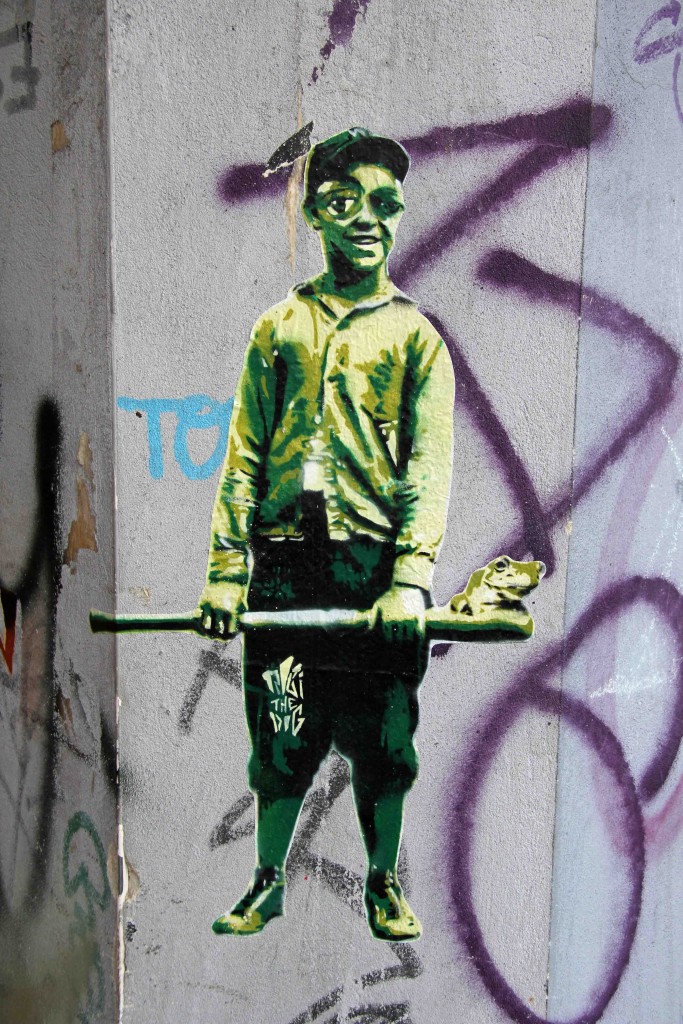 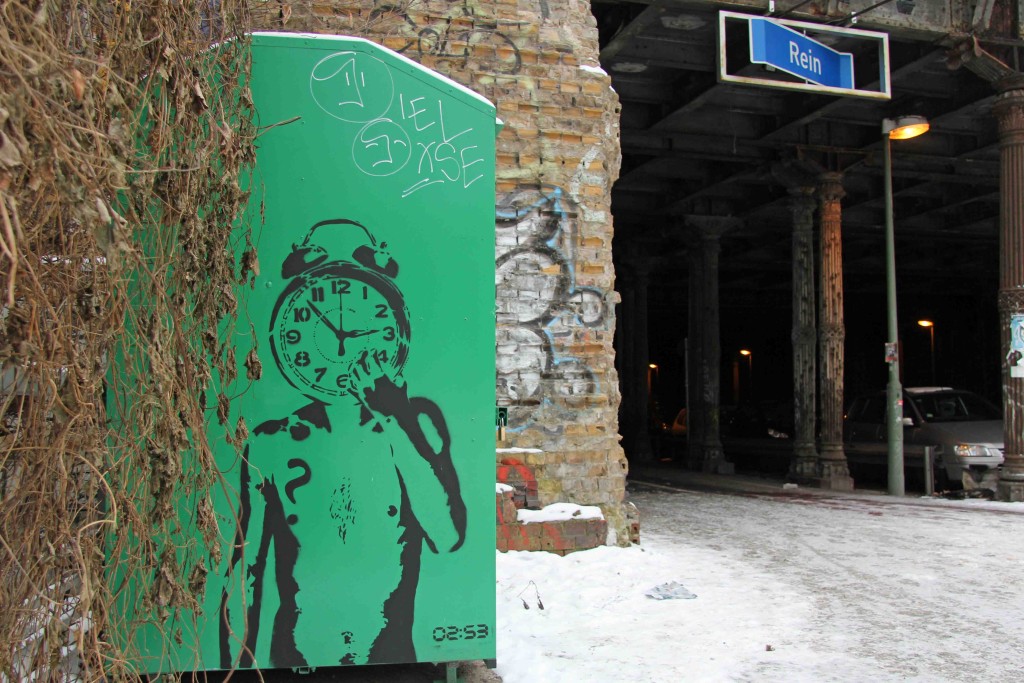 I love the placement of this 02:53 street art on the side of a clothes bank near the Mauerpark.

This giant robot on the side of Urban Spree was a collaboration between Swiss street artist Rylsee and French visual artist Sophie LeMeillour.  The mural was created for New Year’s Eve and LeMeillour animated the eye by projecting onto it. 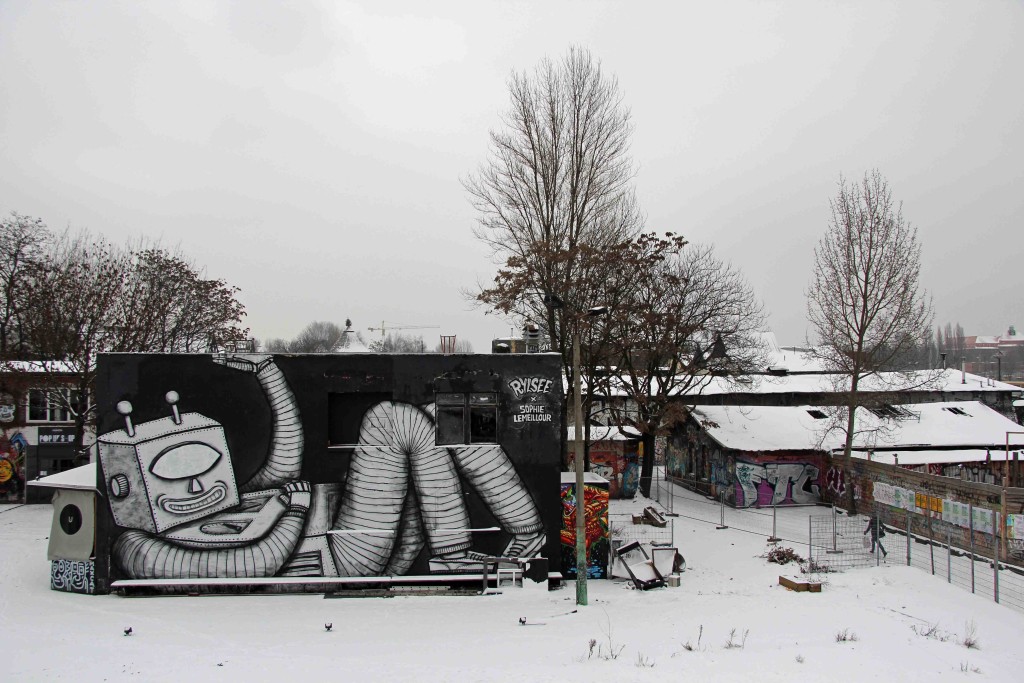 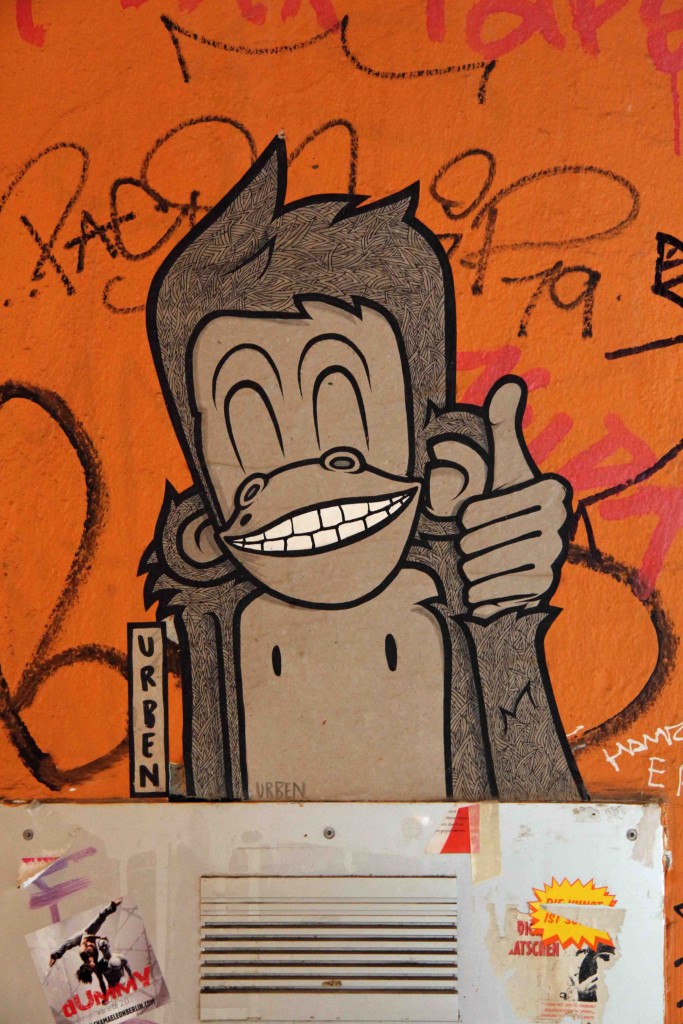 El Bocho is a firm favourite and I’m always amazed at just how much work he gets up in Berlin. 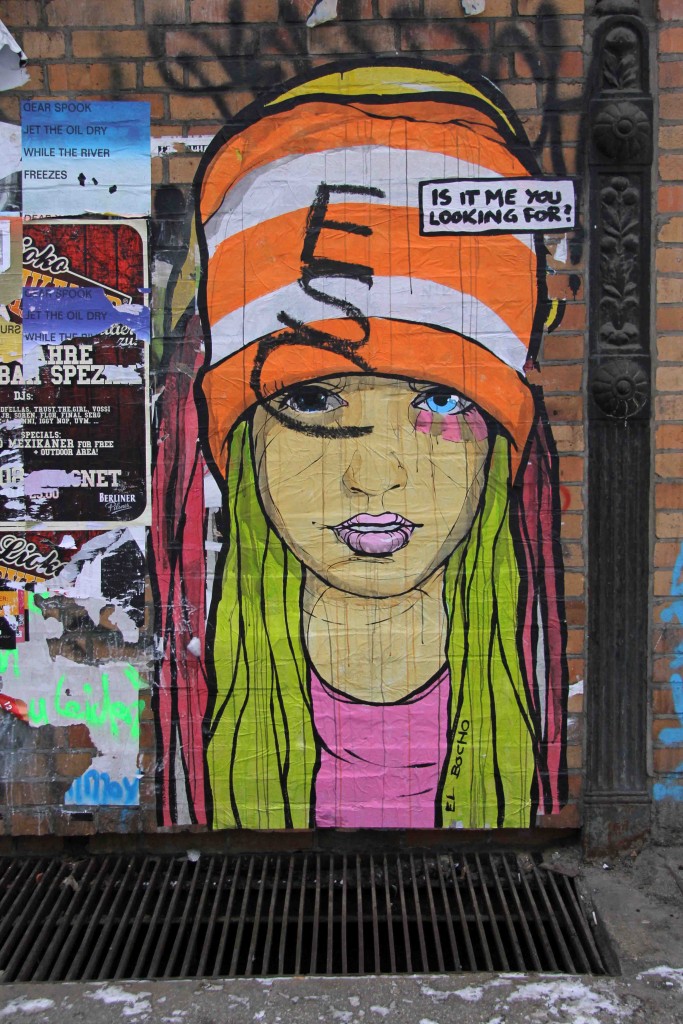 Remembered now for his appropriation of a Barack Obama image, Shepard Fairey is most well known in street art circles for his Obey The Giant art, a progression of this André The Giant campaign. 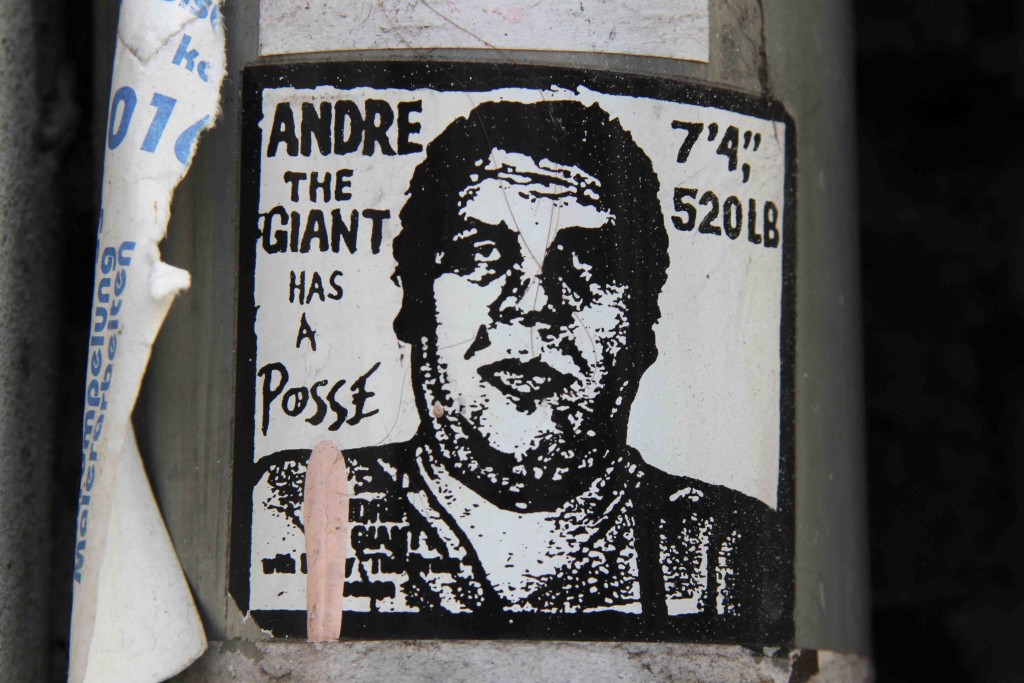 LNY (an abbreviation of Lunar New Year) is from Ecuador and living in Newark.  You can see more work on the artist’s website.

Thanks to Berlin Street View for giving me the artist’s name. 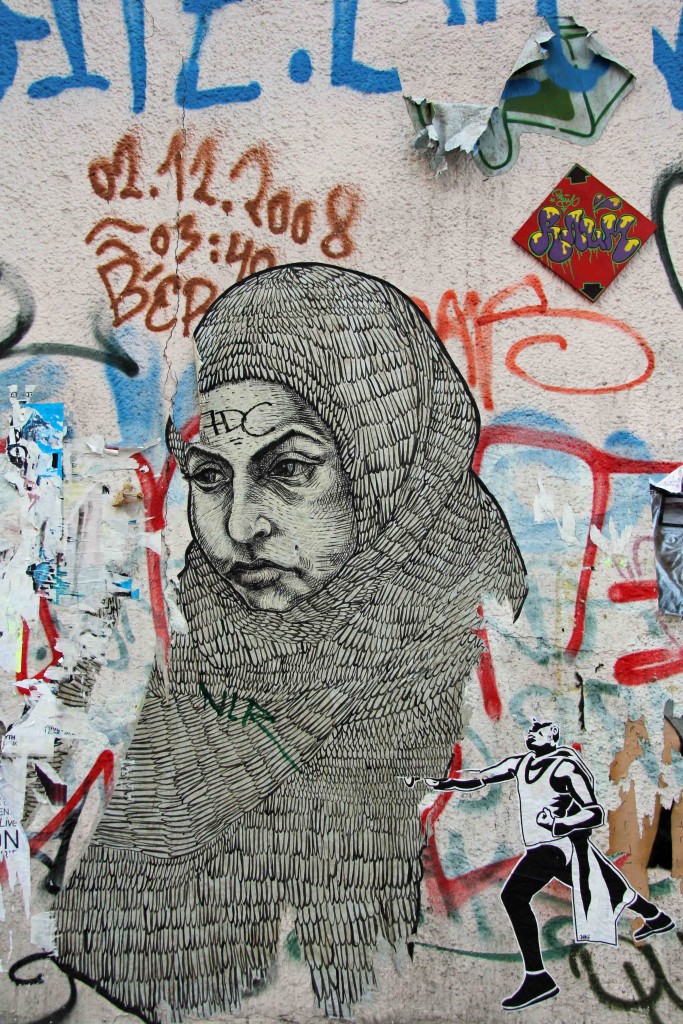 If anyone knows who is responsible for this last piece please leave a comment so that I can give the proper credit. 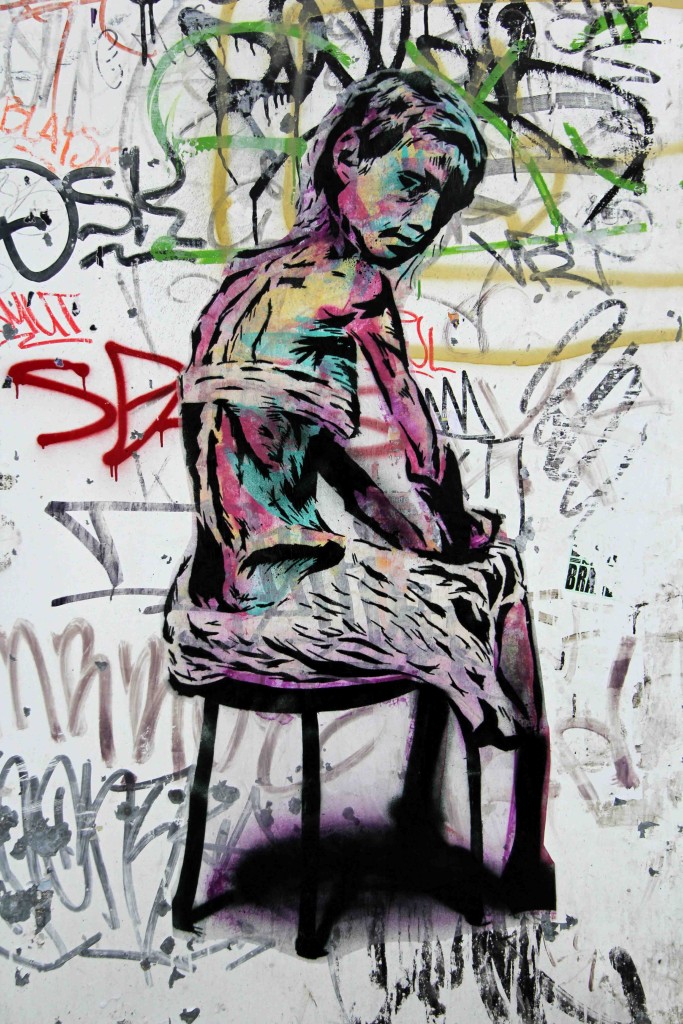