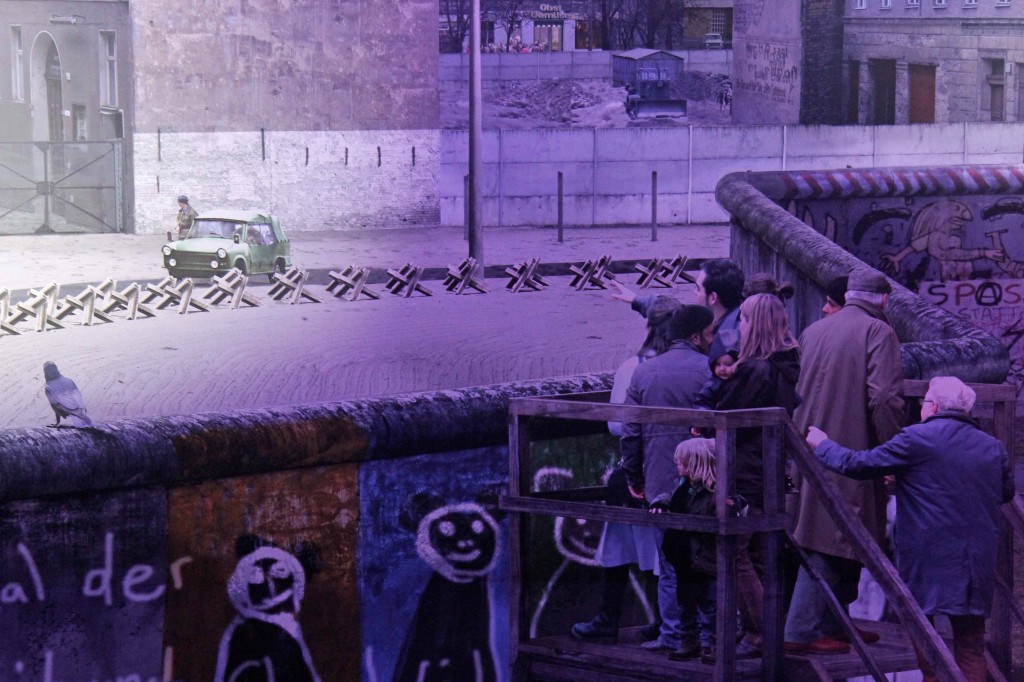 A new panorama by Yadegar Asisi opened in Berlin on Sunday 23 September and having recently seen his panorama at the Pergamon Museum with friends I was determined to go as soon as possible.

The new Asisi Panorama, Die Mauer (The Wall) on Zimmerstrasse near Checkpoint Charlie, depicts a fictitious autumn day as seen from the scaffolding of a building undergoing renovation on Sebastianstrasse – the soundtrack to the visit, the clanging and banging of the building work. 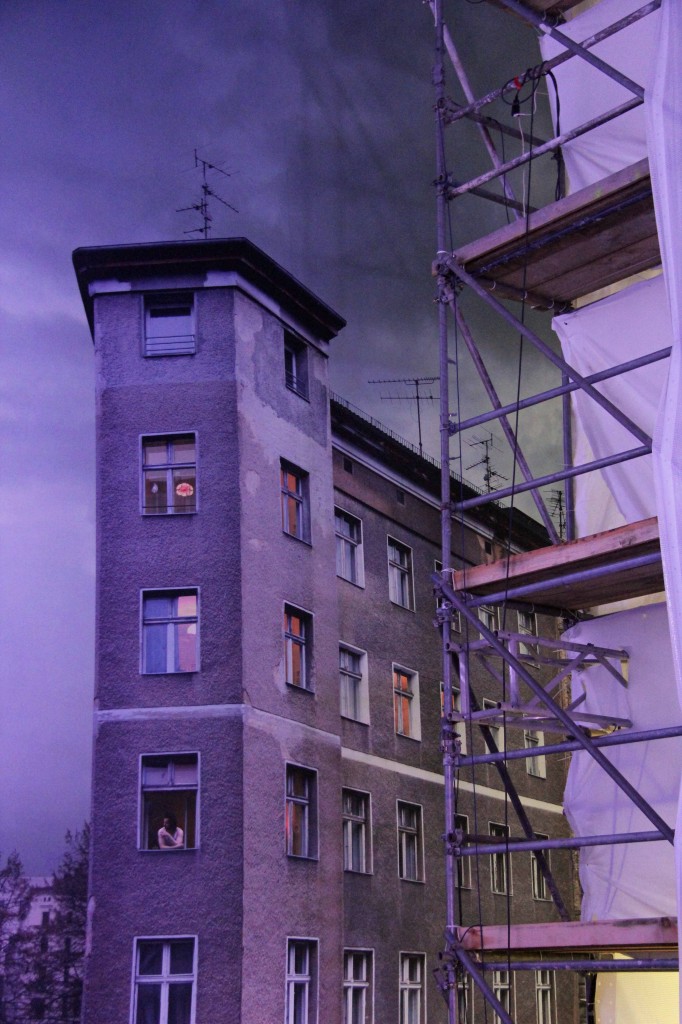 The street scenes and now rarely seen crumbling facades of some of the buildings point at some of the changes in the area since the 1980s. 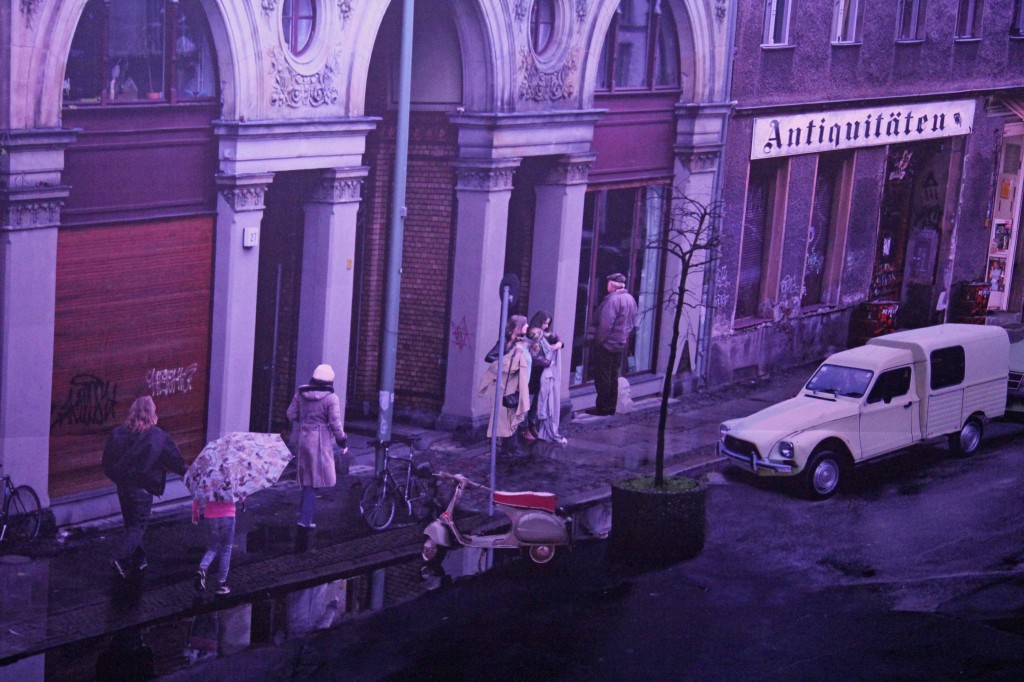 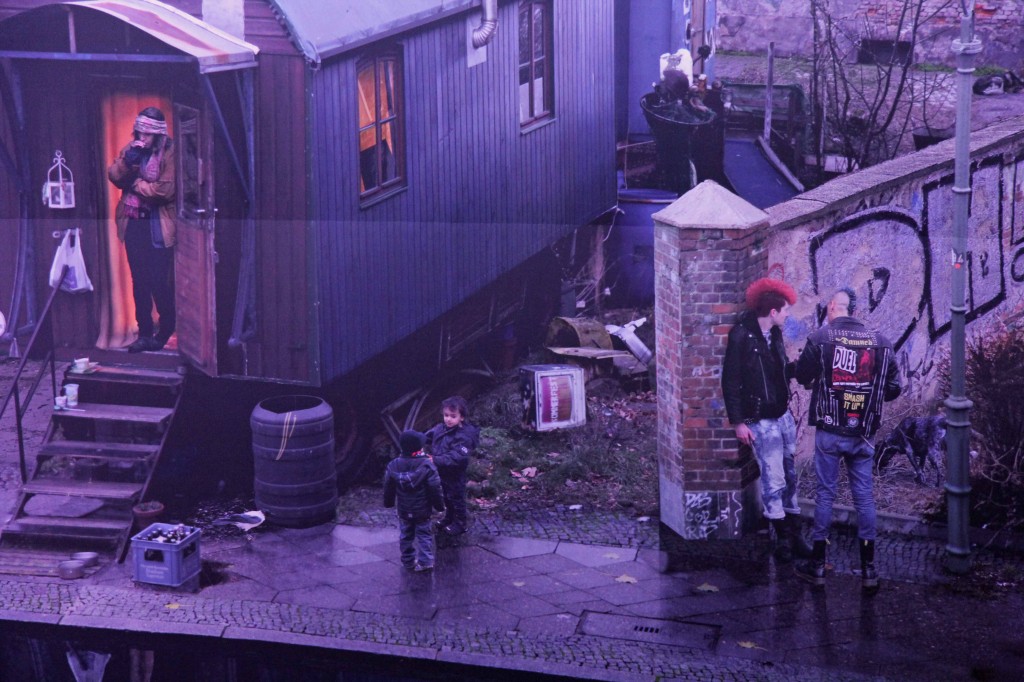 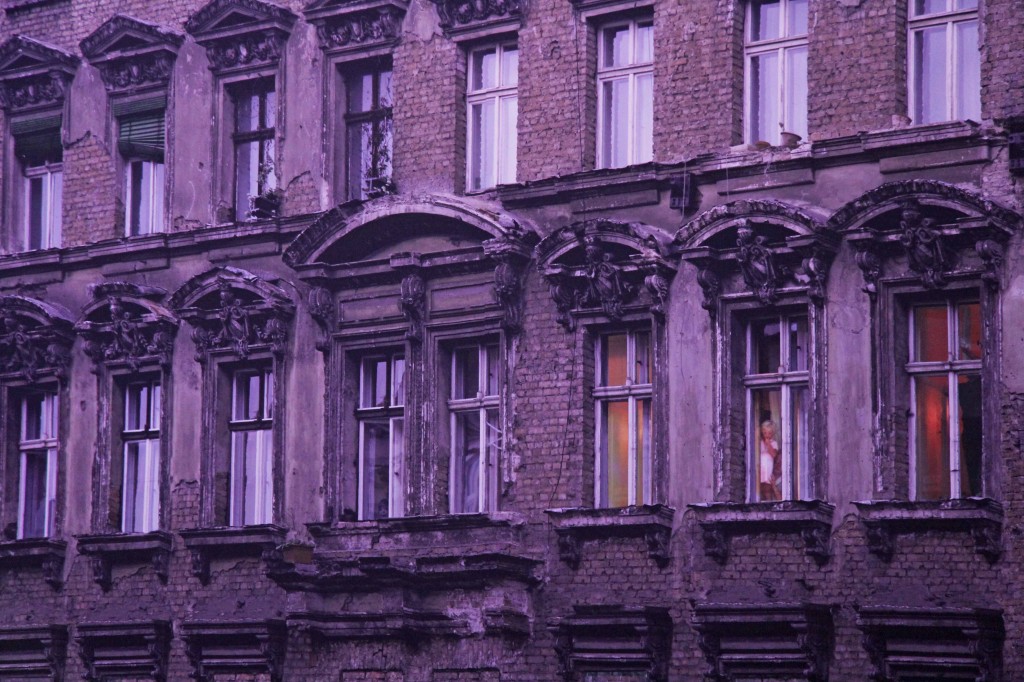 At first it is the layout of the streets and the position of the wall you notice but with time you begin to see the details of the life being played out in front of you. 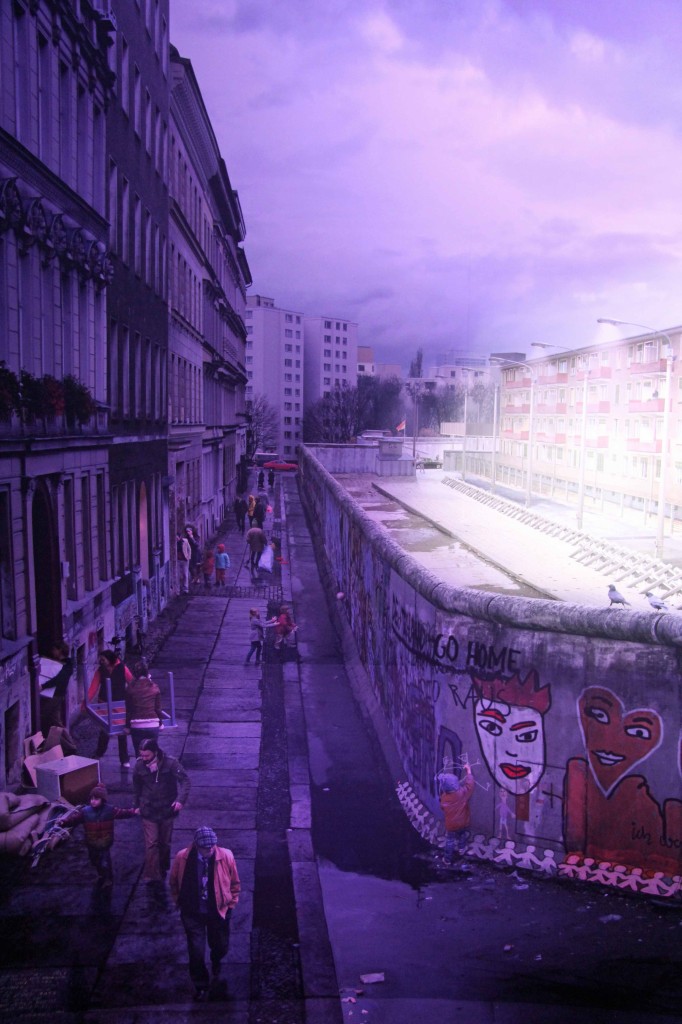 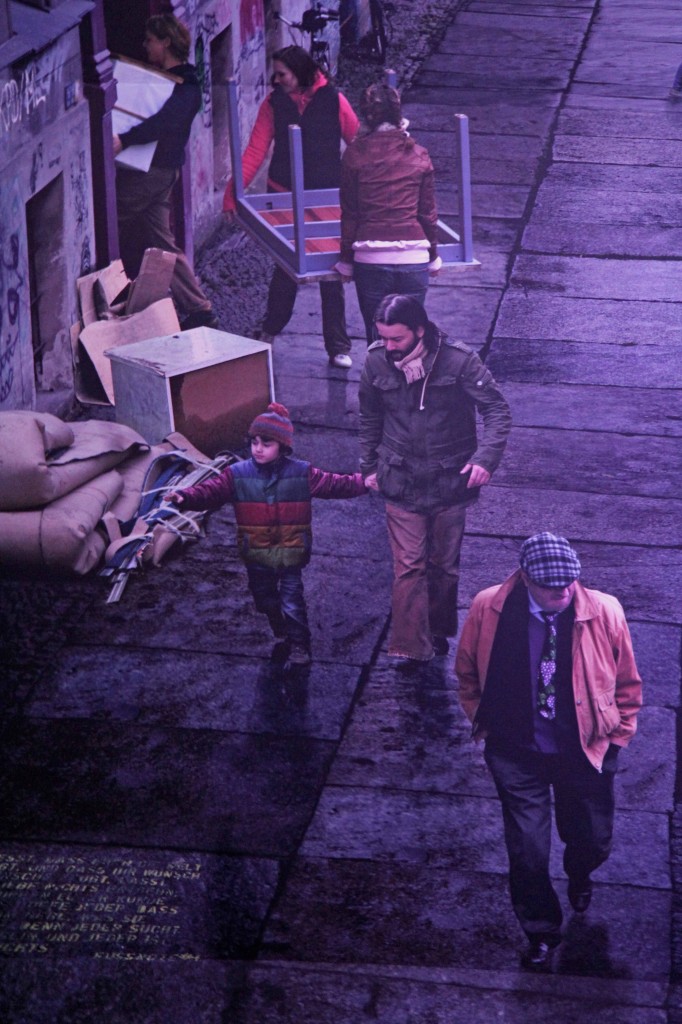 And it is the normality of life in the shadow of the wall that is one of the main themes here – for me summed up by the two small children throwing a ball against The Wall. 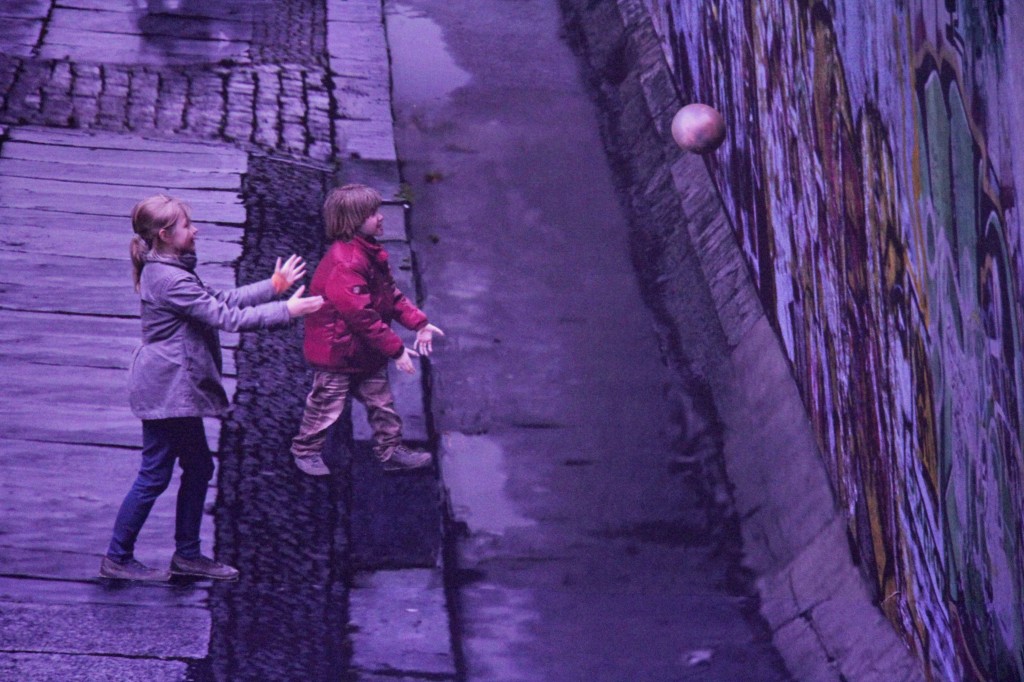 There are people carrying out mundane tasks like shopping, moving house or fixing the car. 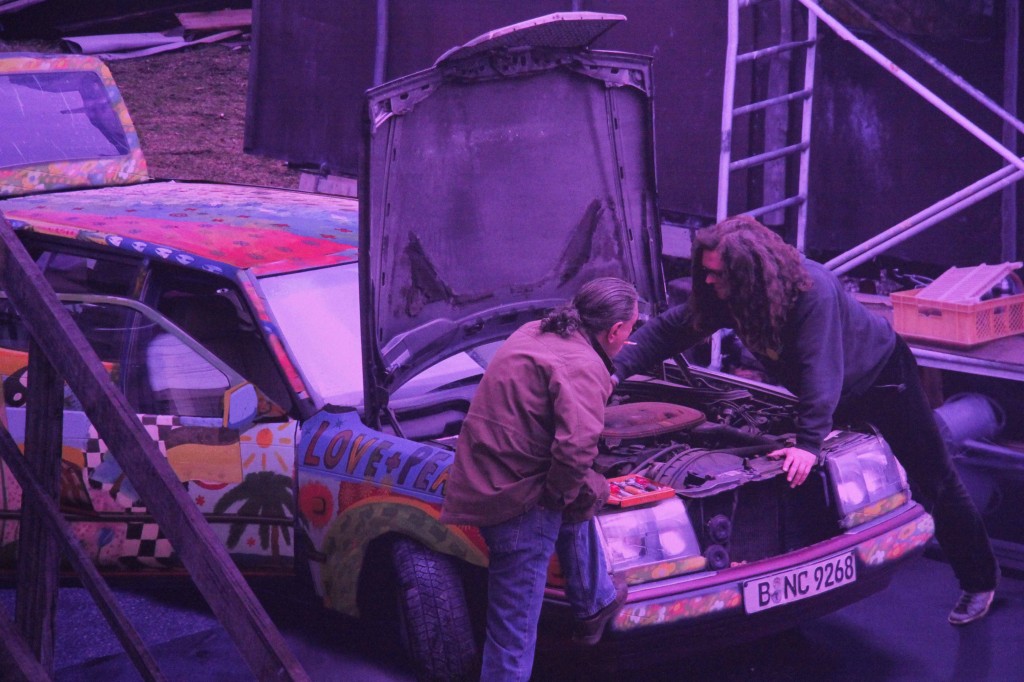 There are tourists stopping to read the ‘You are leaving the American Sector’ sign or take a ‘holiday snap’. 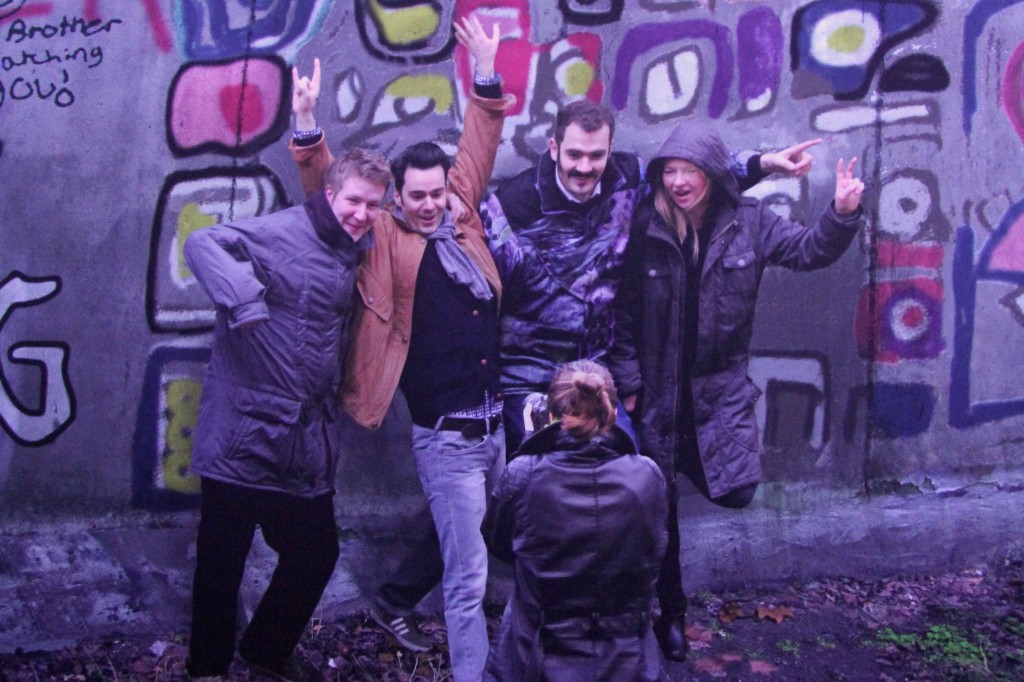 And there are also touches of humour, such as the young man being sick outside the Eckkneipe and the pensioner turned Street Artist painting a mural on the wall. 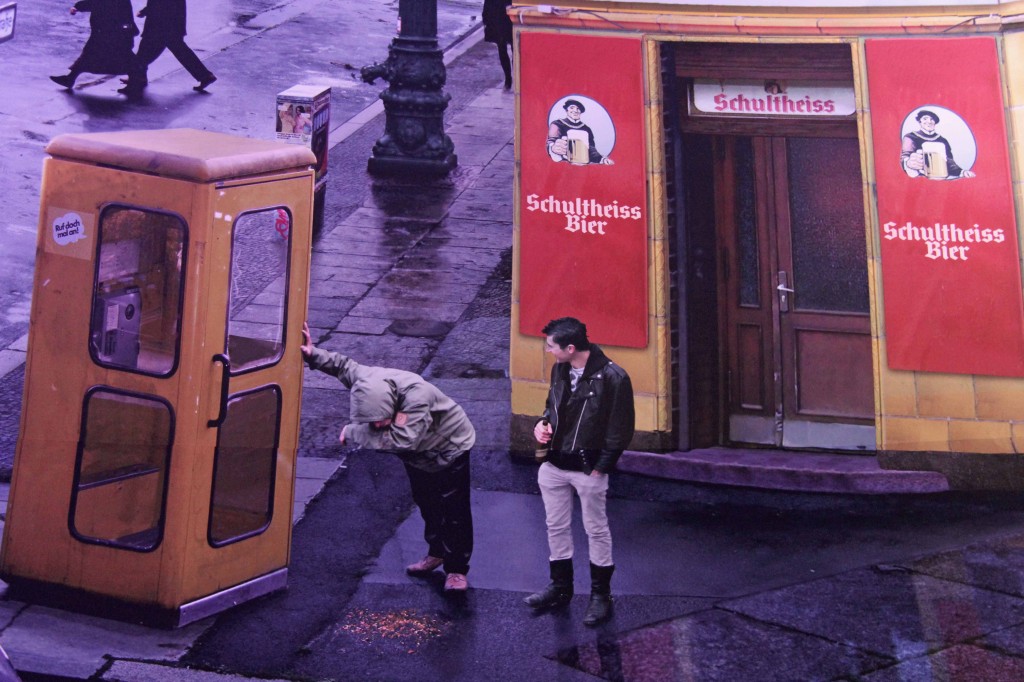 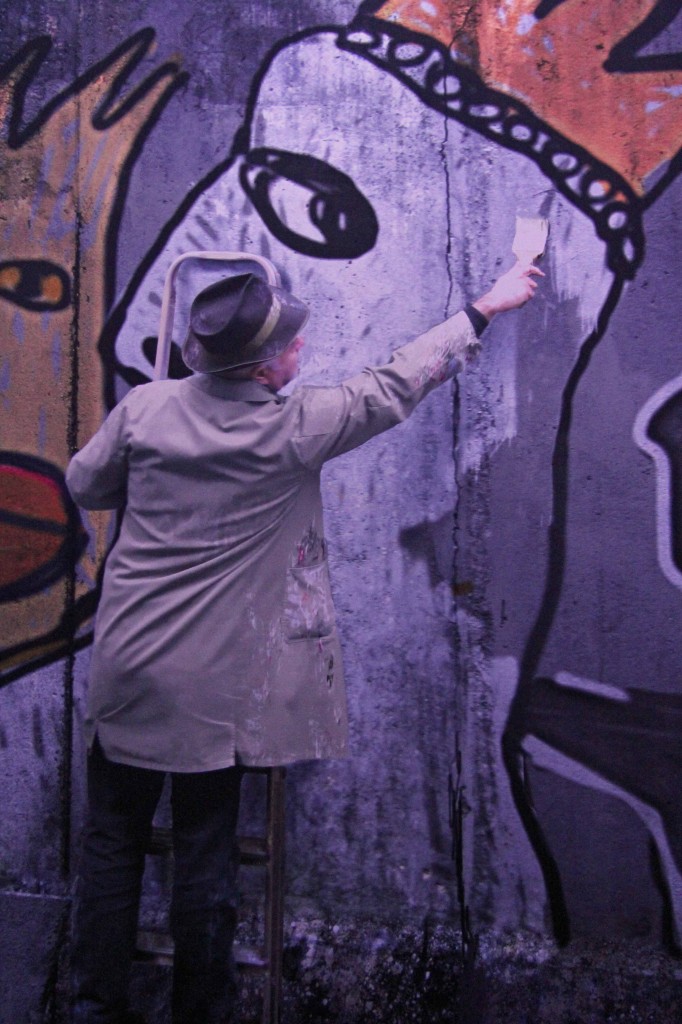 And always no matter where you go, there are the border guards watching you. 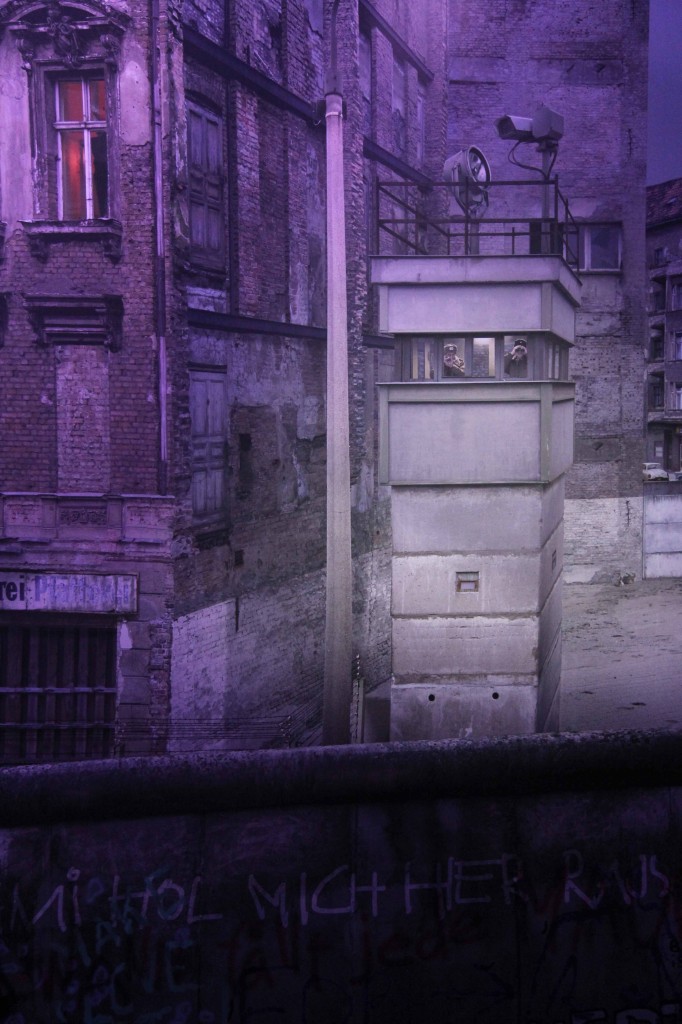 On the day I visited, the heavens opened whilst I was inside and a number of concerned workers came to survey the water dripping from the roof and the large puddles forming on the concrete floor.  I assume that these issues will be quickly rectified and only hope that no damage was caused to the panorama.

Thanks to @I_love_Berlin I am able to tell you that the exhibition is due to run for at least 1 year with the option to extend – as at December 2014 it is still open and there is no planned closure date on the website.

The standard admission price is €10 to Asisi’s Panorama, Die Mauer (The Wall) and the exhibit is open from 10 am to 8 pm daily, giving visitors a unique perspective on the Berlin Wall.

2 Responses to The asisi Panorama: Die Mauer (The Wall)