An added bonus of a trip back to the UK to visit family and friends was an opportunity to walk the streets of East London taking photos of Street Art.

Street Artists have definitely been busy in London over the last year, especially in the lead-up to the Olympic Games, despite warnings from the authorities.

Where artists have appeared on the blog before through their work in Berlin I have linked back to the relevant posts, just click on the artist’s name. 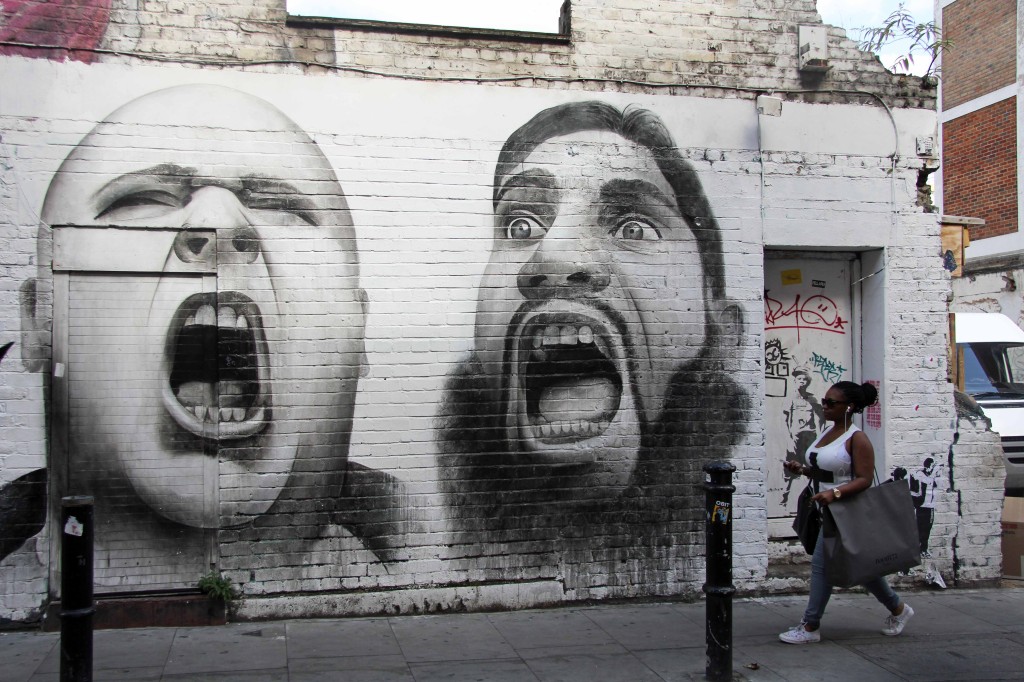 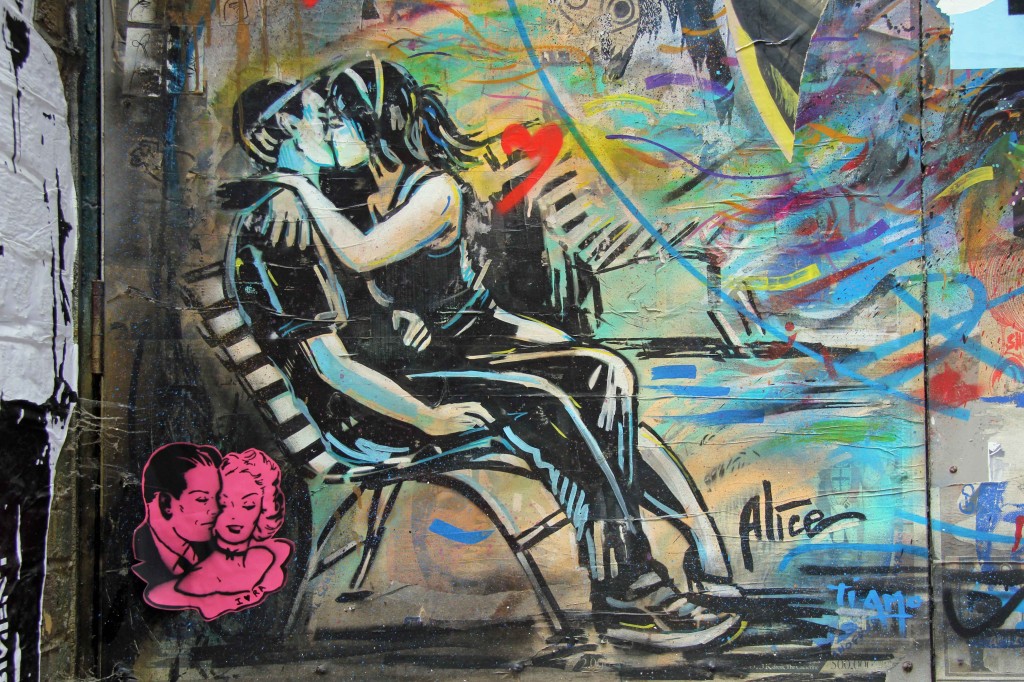 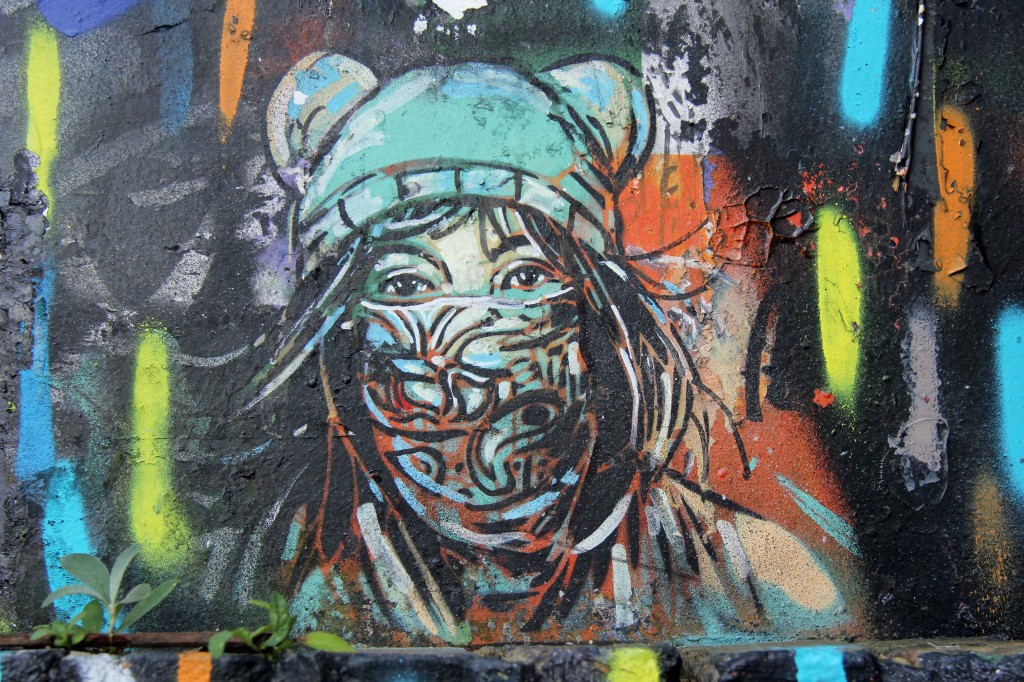 It was great to see so much work by Mr. Fahrenheit (this isn’t all that I saw), much of which I had seen pictures of on Picturing England.  There’s quite a lot of his work on the streets of Berlin (some just metres from my flat) and I’ve been saving up photos to do a profile of the artist. 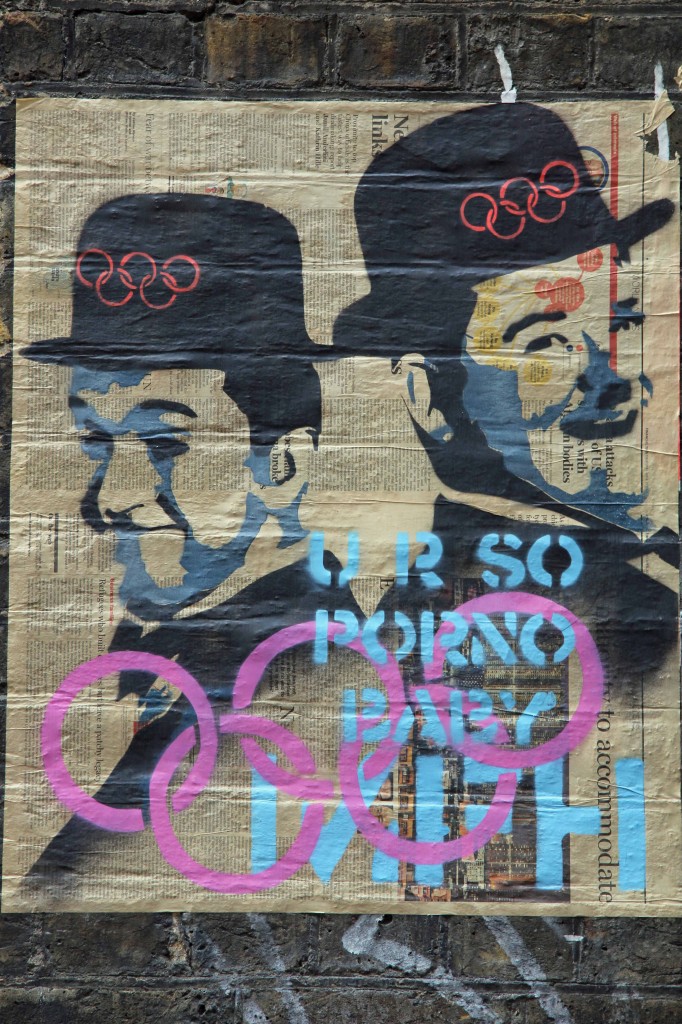 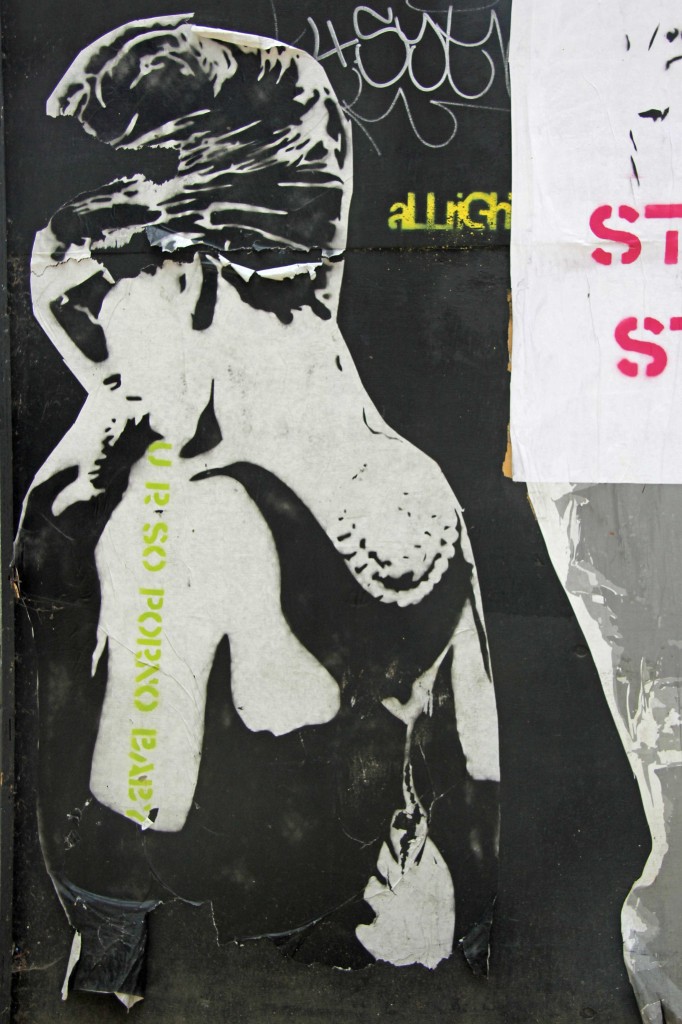 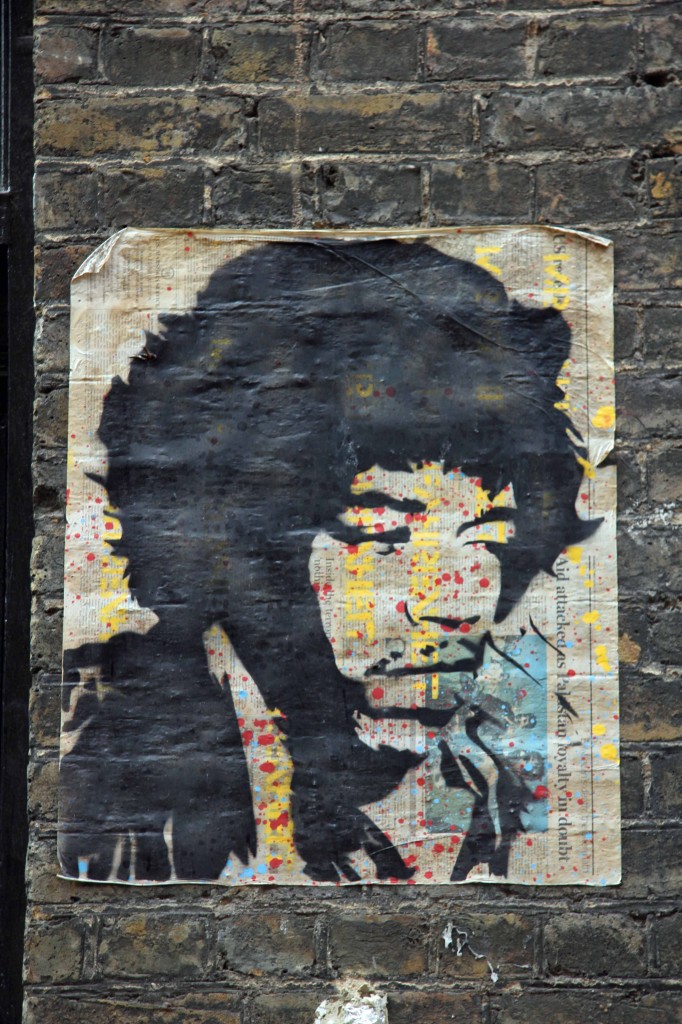 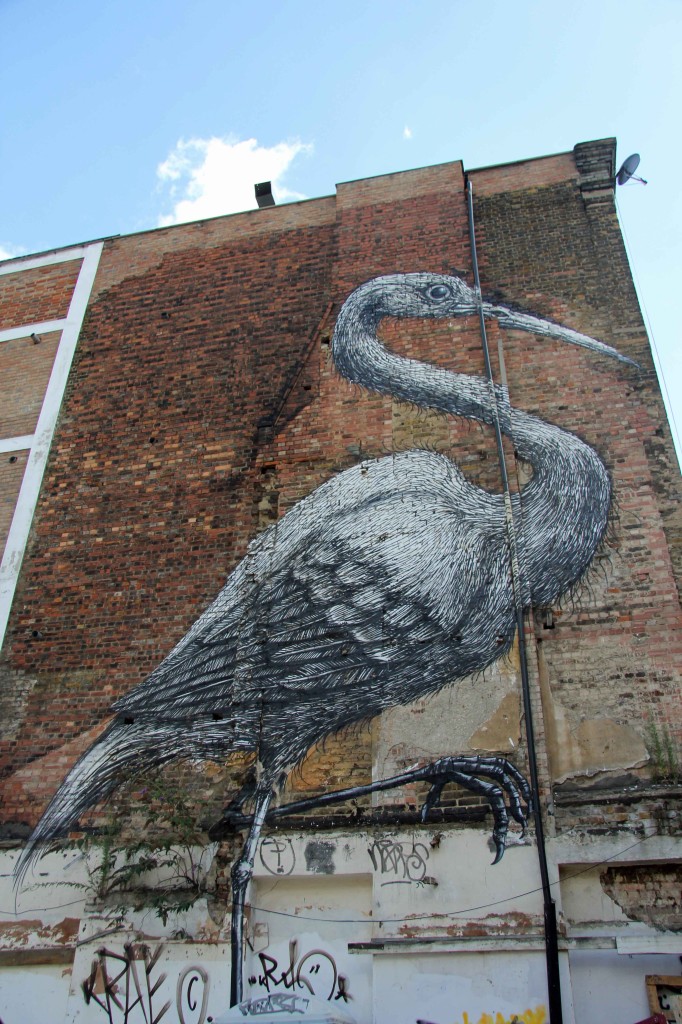 This piece by ROA was the subject of an online petition and protest when the council covered it with a hoarding advertising Brick Lane as the ‘curry capital’.  Thankfully, the council saw sense and uncovered the piece when they realised the strength of the public outcry. 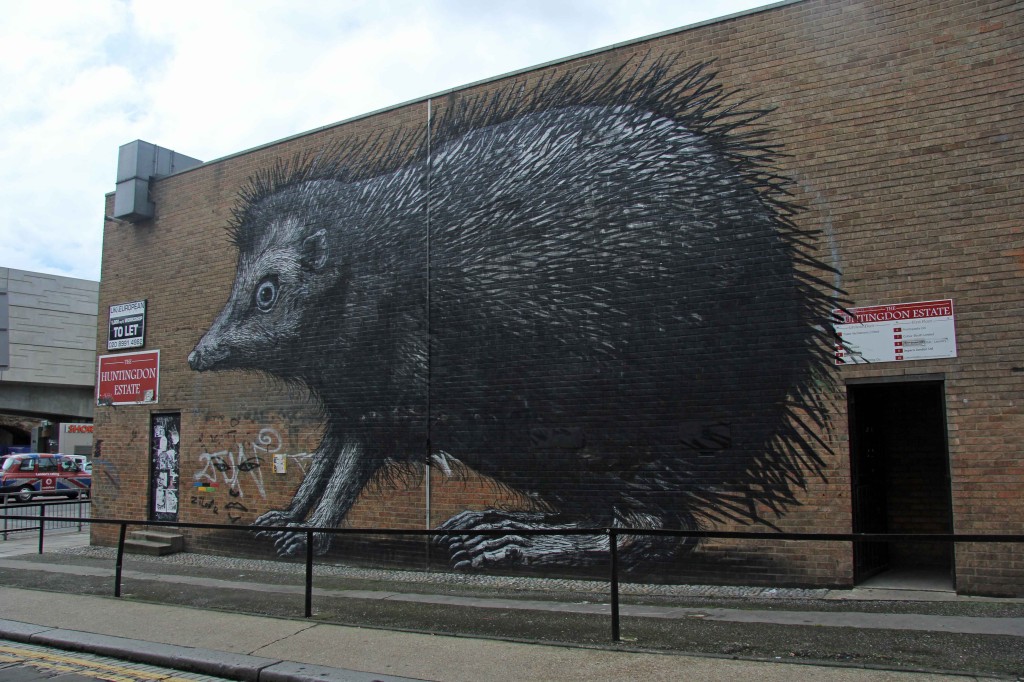 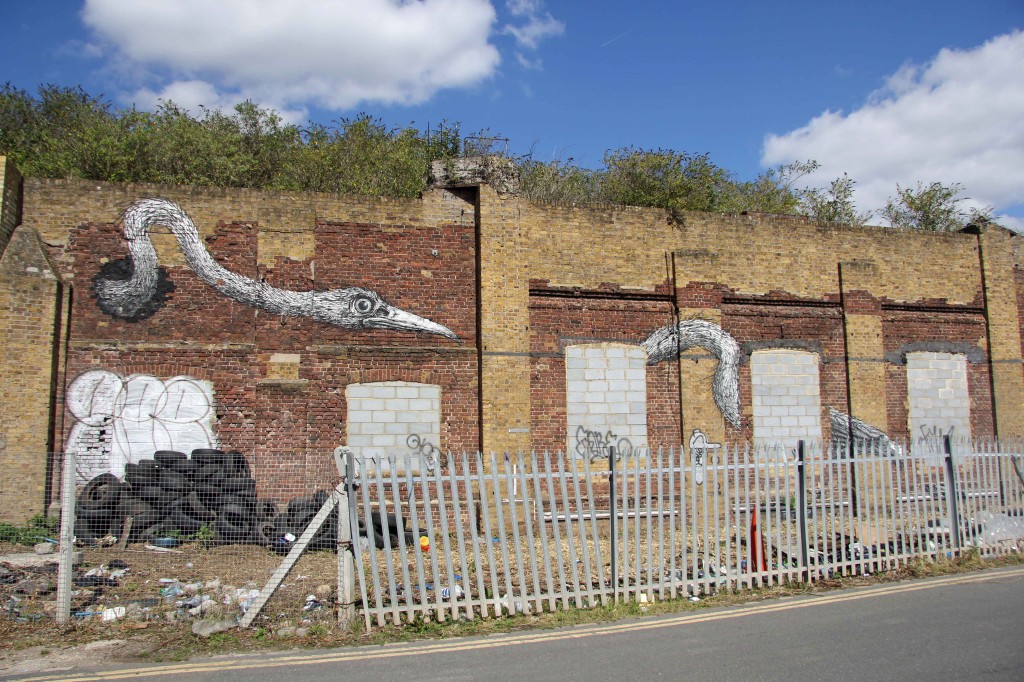 There are 2 birds in this ROA piece but new brickwork has been added and left significant gaps in the artwork. 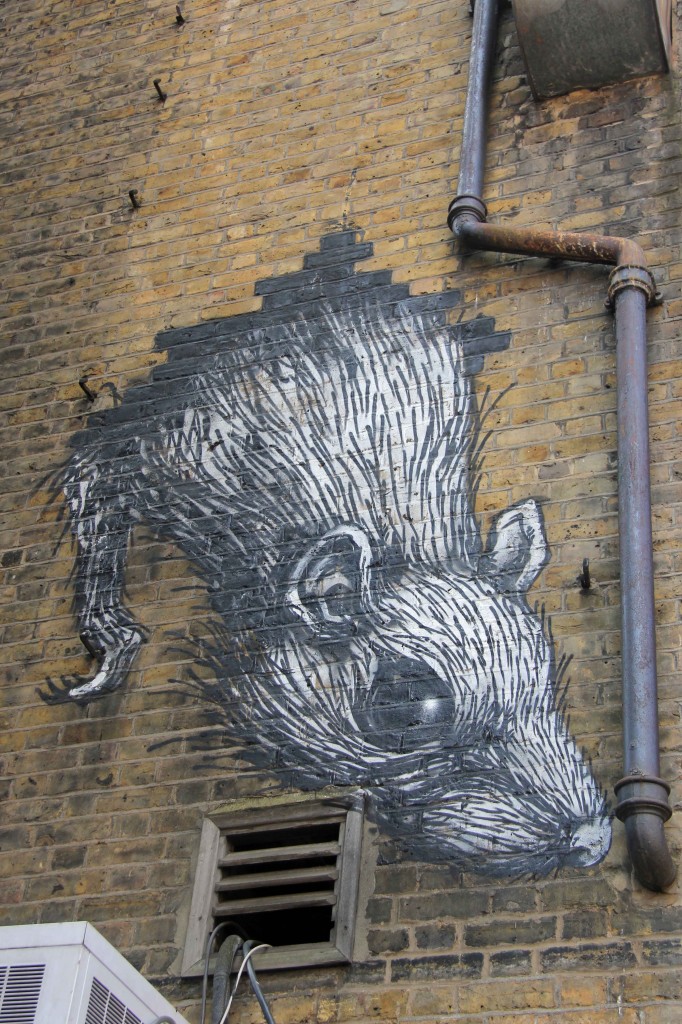 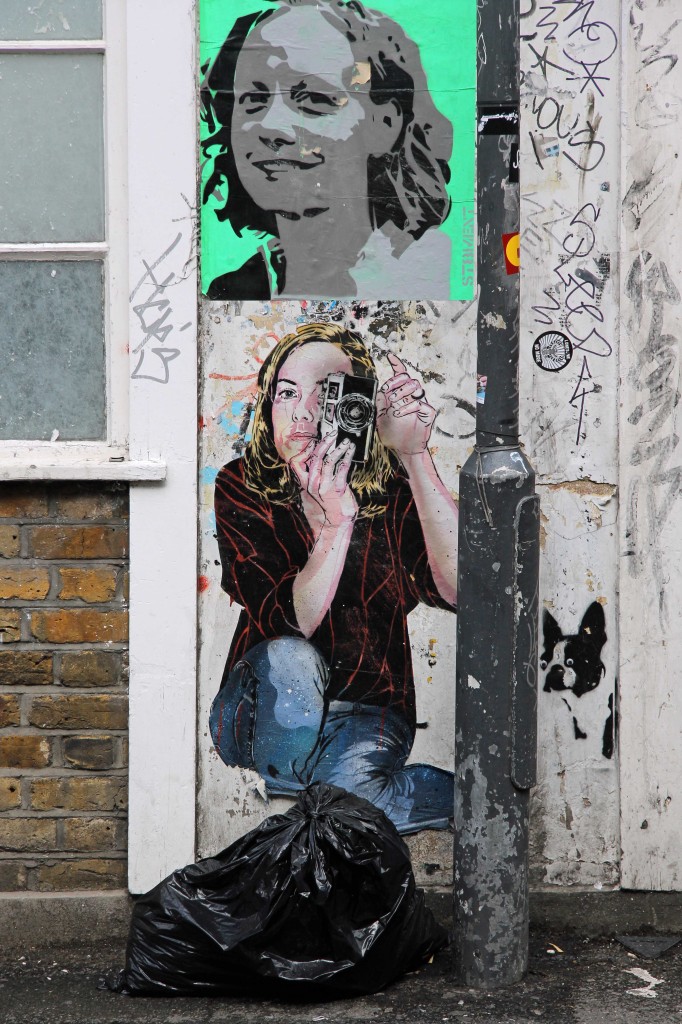 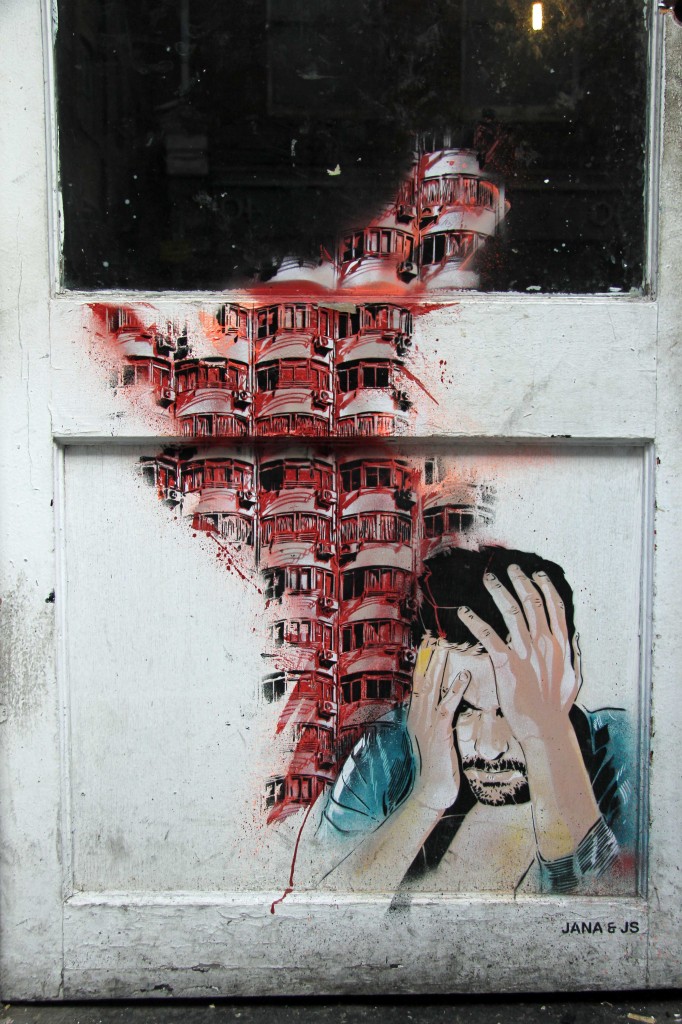 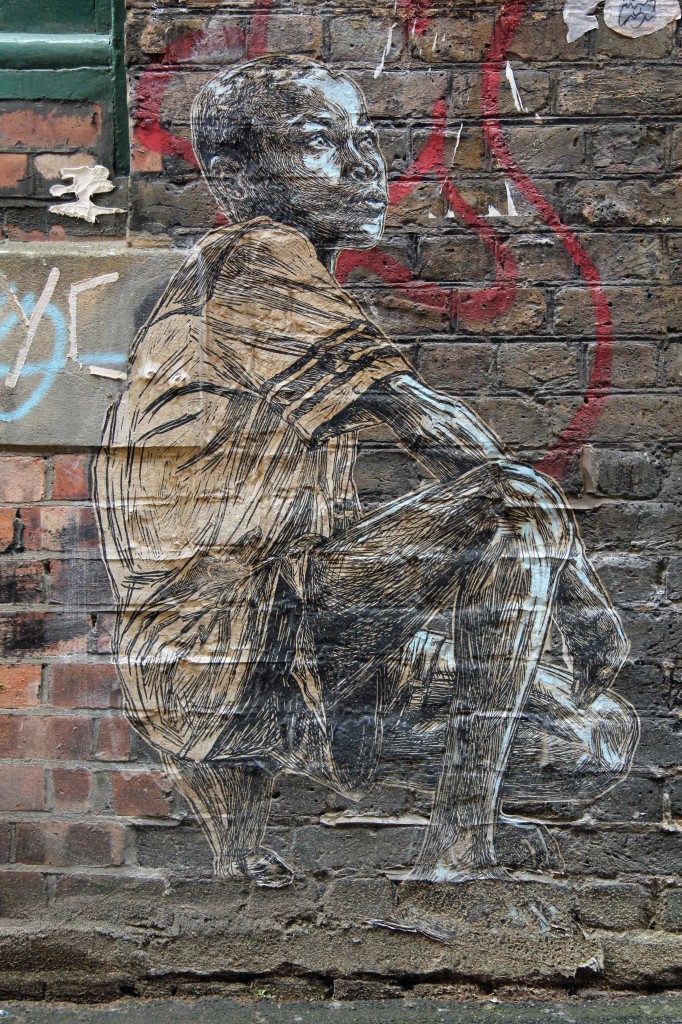 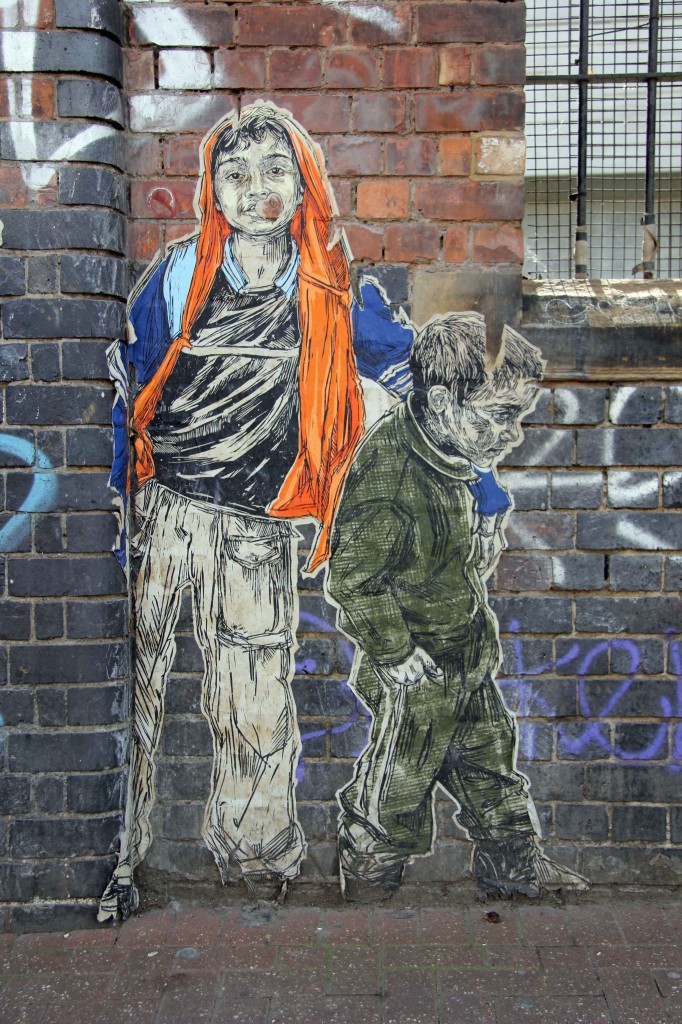 This Swoon papercut appears as part of a piece in my Berlin Street Art – Various Artists post. 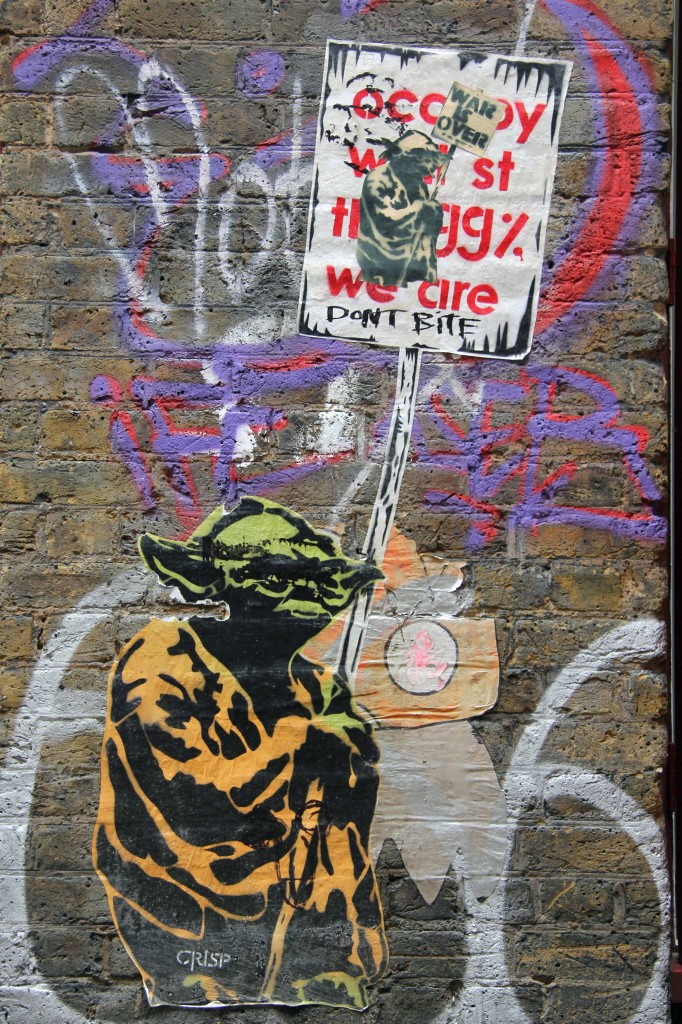 I saw so much great Street Art in a couple of days walking around London that I’ve had to split the photos I took into a number of posts, so expect some more London Street Art tomorrow and next week.