This is the fourth and final instalment in this series of Street Art on the streets of London.  I took all the photos in the four posts that started with London Street Art – Various Artists during two days wandering around some old haunts.

I think I’ve left some of the best ’til last.

I first saw DON’s work in this post on Picturing England and was really pleased that I got to see it in person. 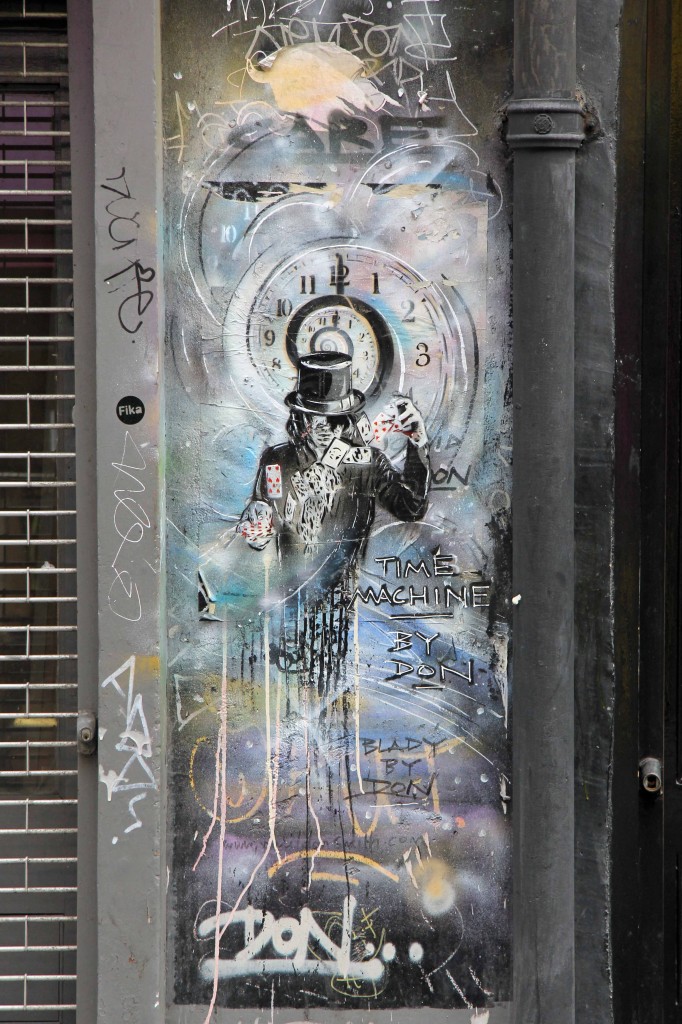 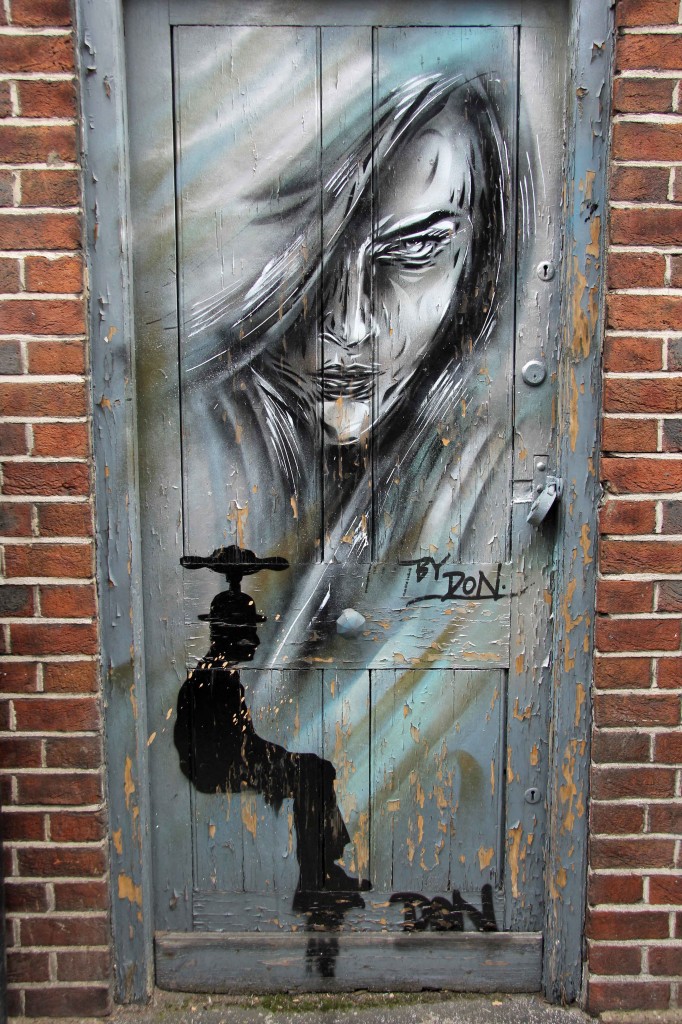 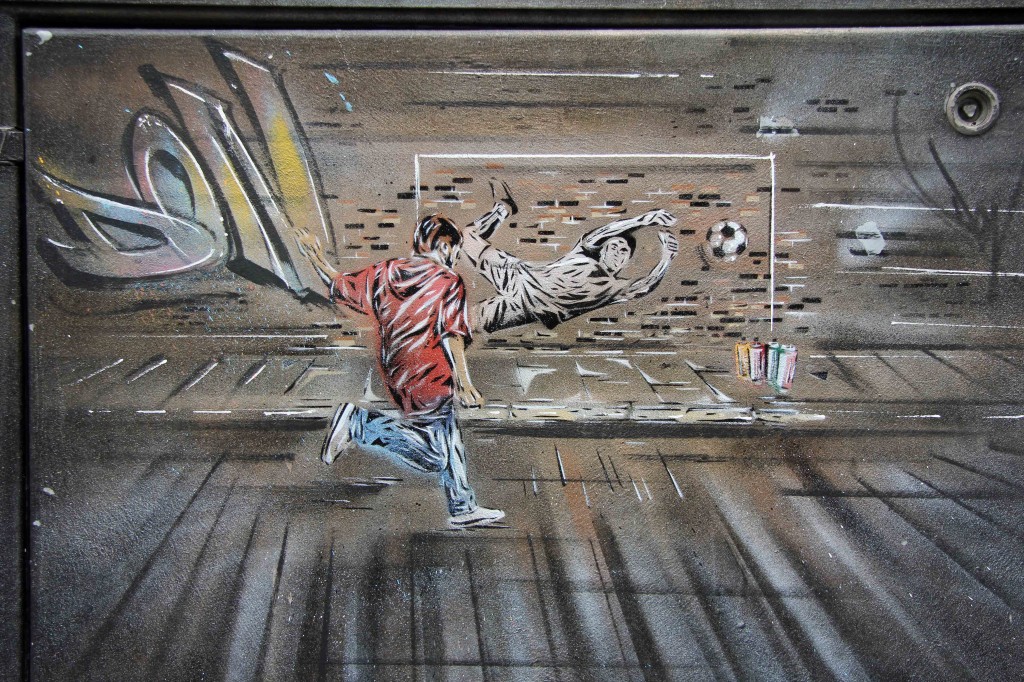 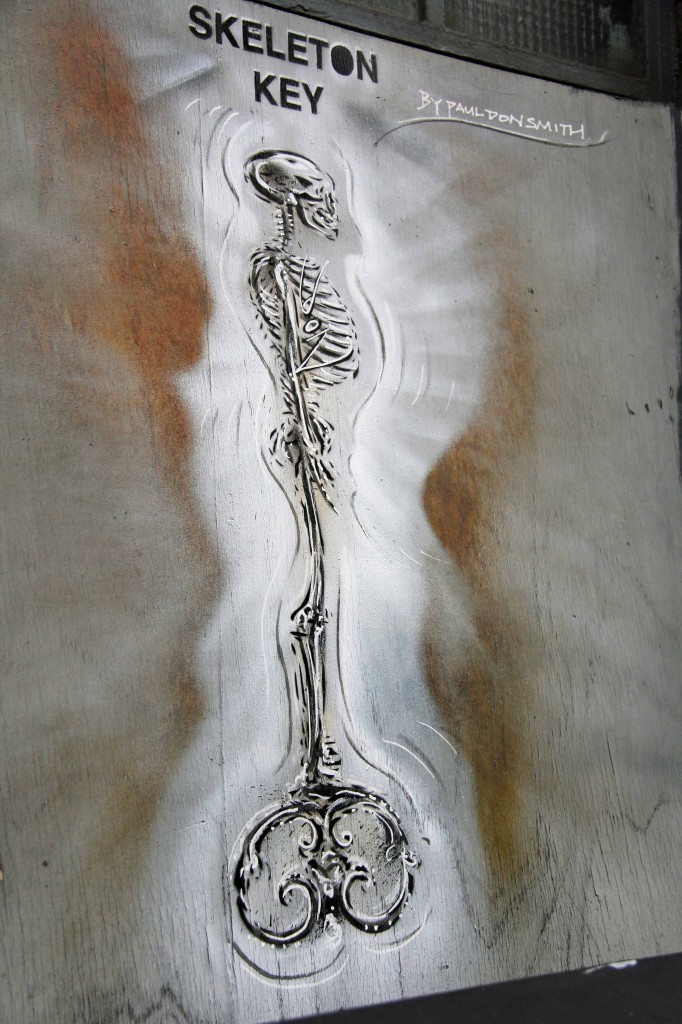 Mobstr has had a very strong year in 2012 and this piece has featured on all the most popular Street Art blogs and websites. 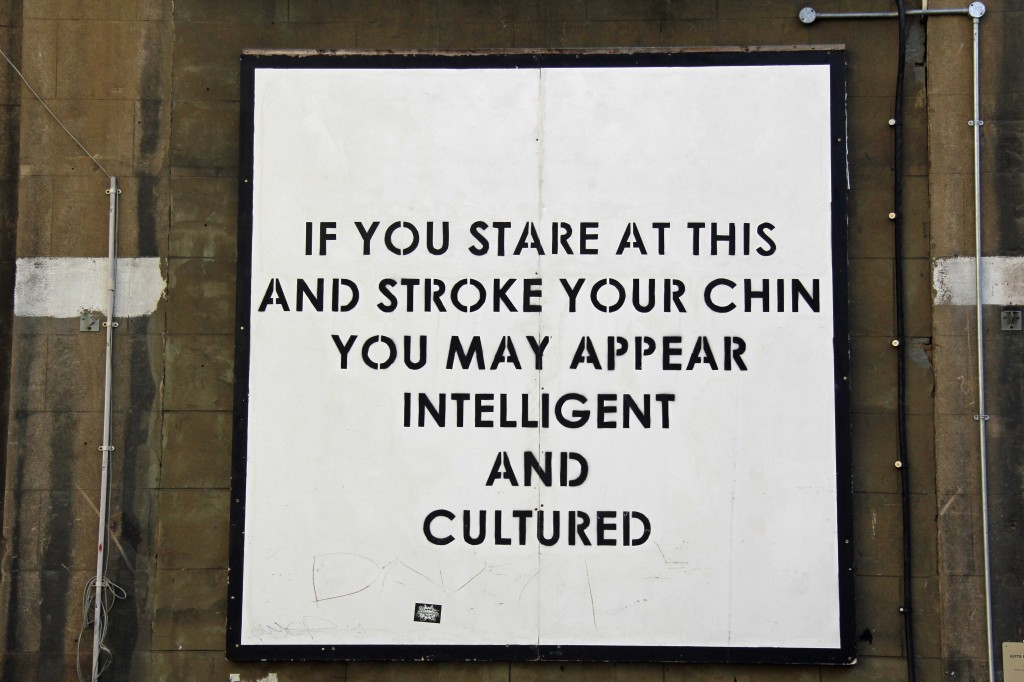 Christiaan Nagel‘s mushroom’s may be familiar to Berlin readers if you’ve been to Urban Spree in the RAW Tempel in Friedrichshain.  I can also see one of his creations on a building near the Kulturbrauerei from my balcony. 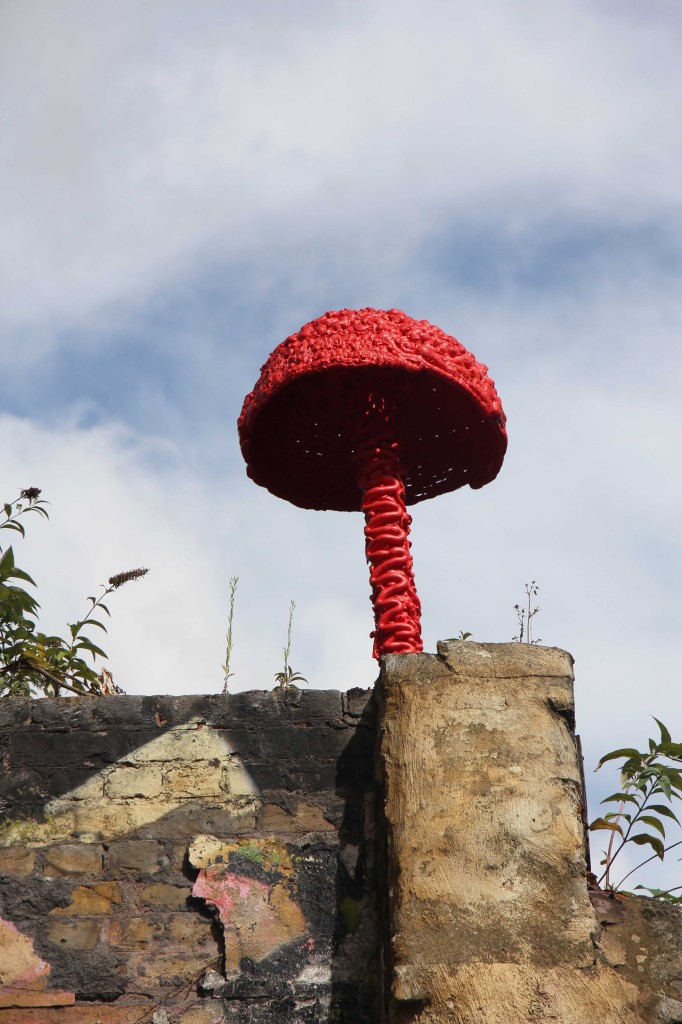 Whilst I like this weightlifter by Code FC, I was really disappointed that I didn’t get to see the great Jana & JS piece you can just make out through the paint. 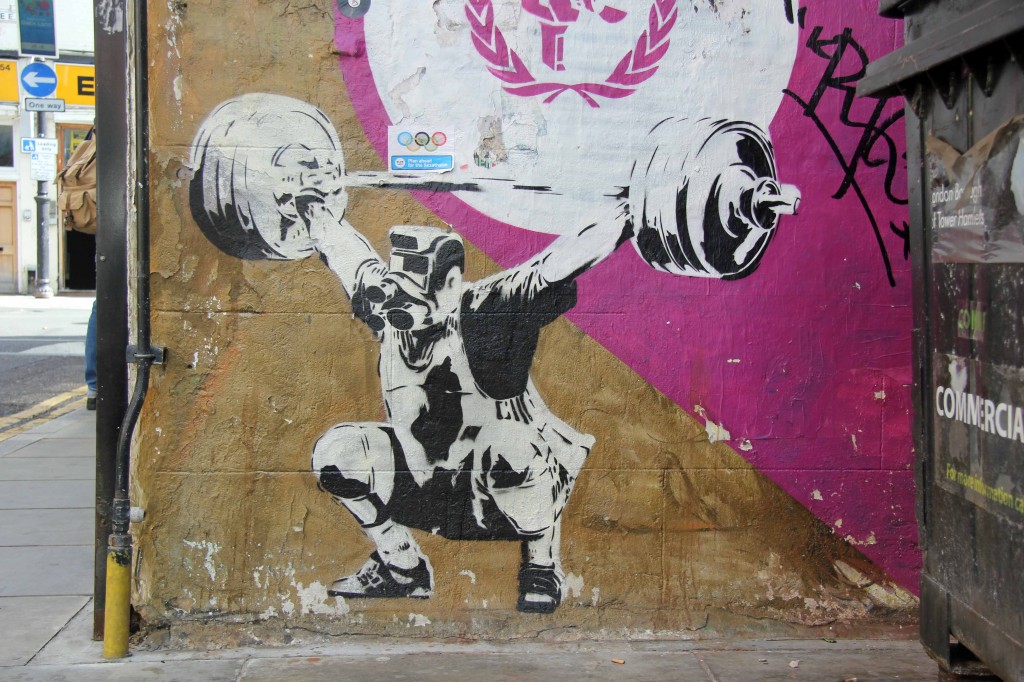 Mr. Fahrenheit has already featured in my London Street Art – Various Artists post but I couldn’t resist adding a couple more of his paste-ups here. 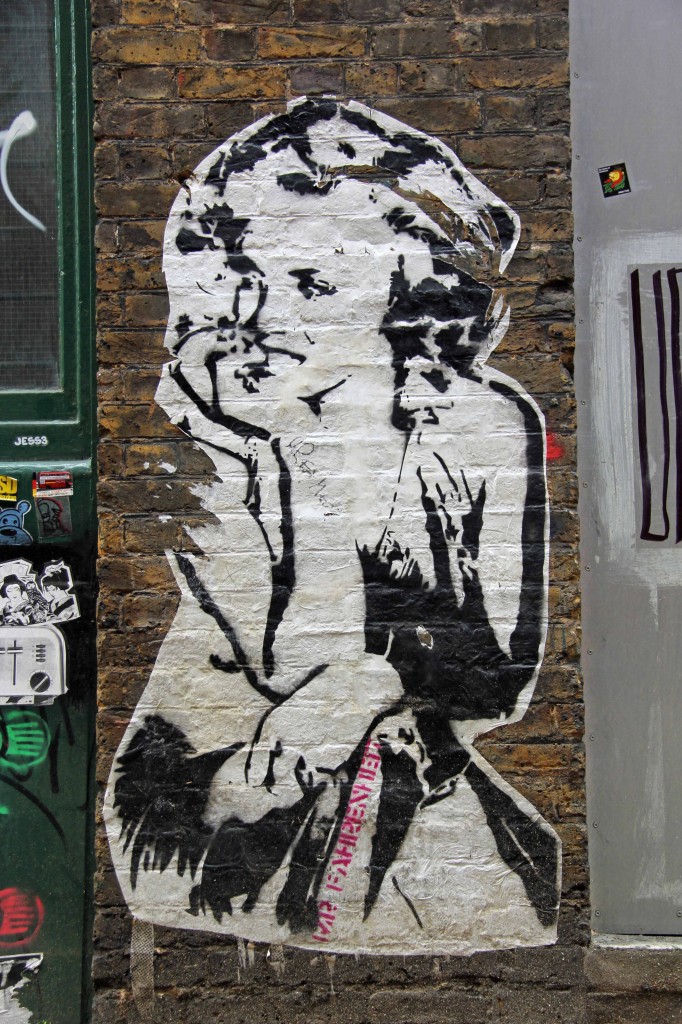 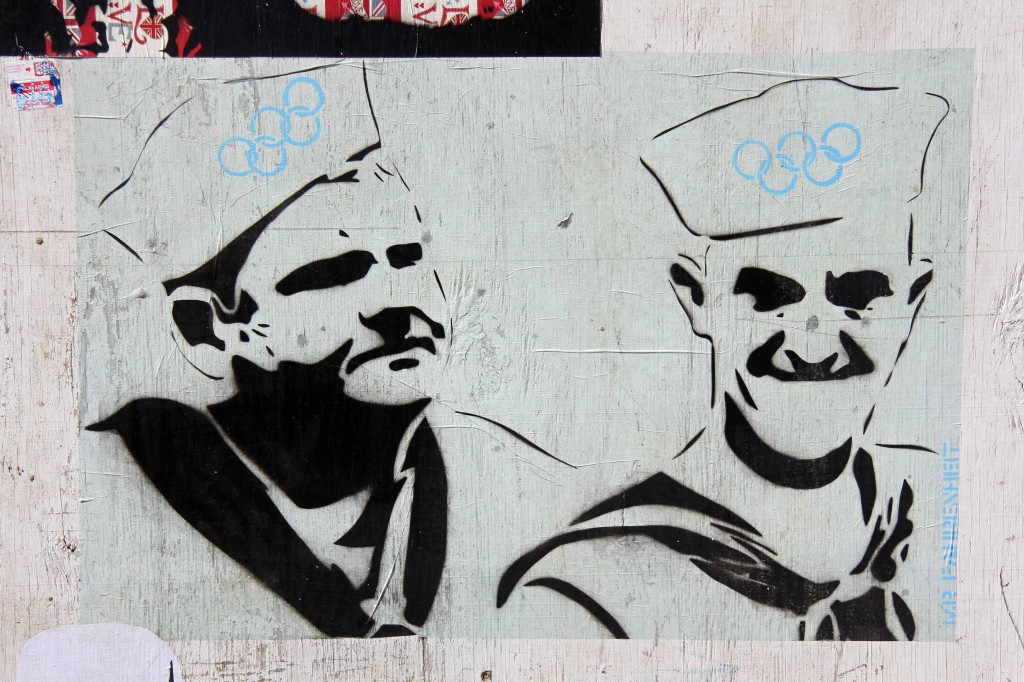 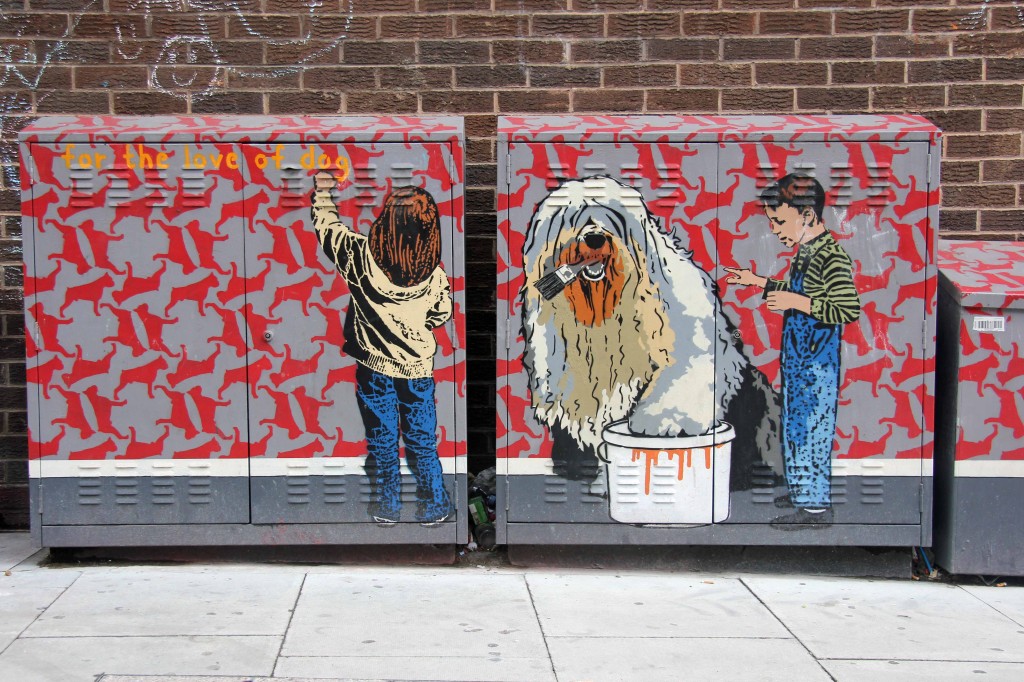 Ironically, I had to go back to London to get my first look at some work by Berlin artist EVOL.  His Plattenbauten have been on my wish list for a long time and his Cardboard City project was all over the internet a while back. 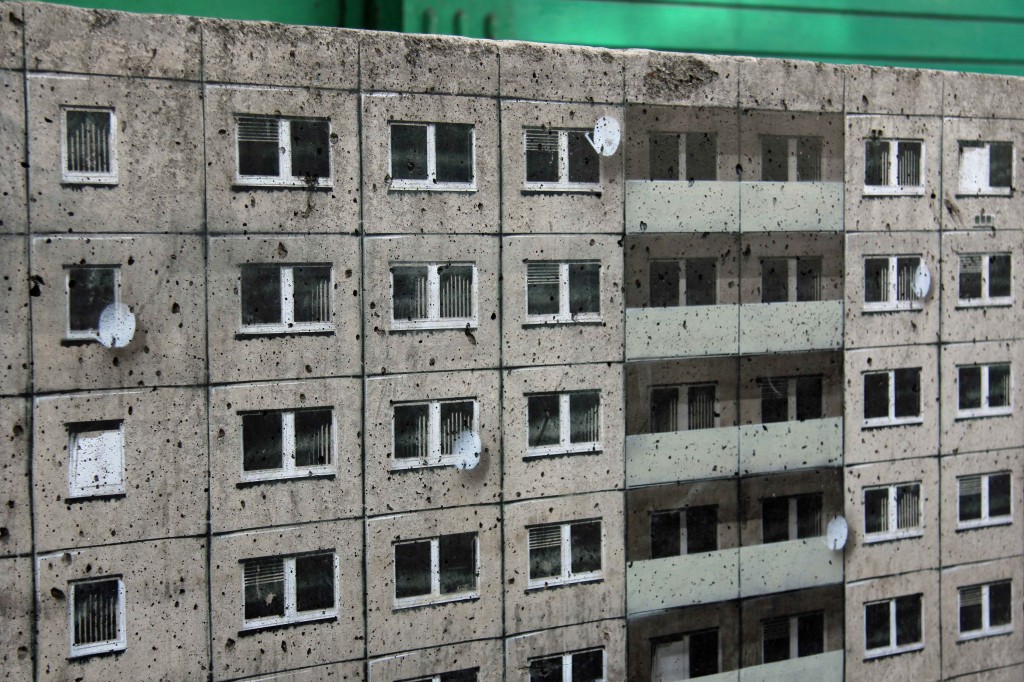 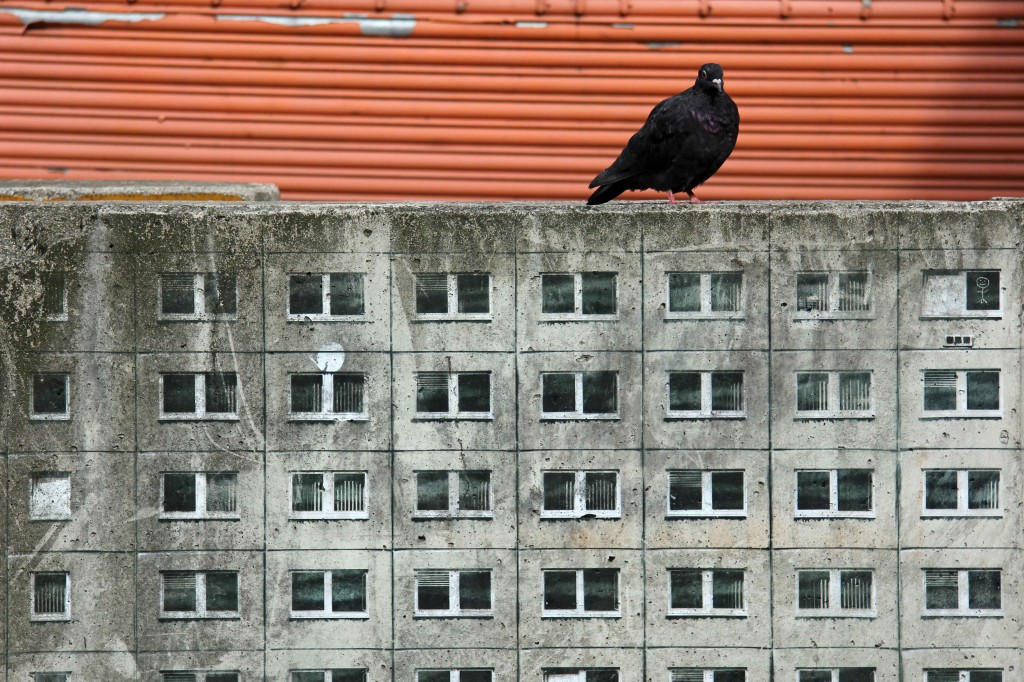 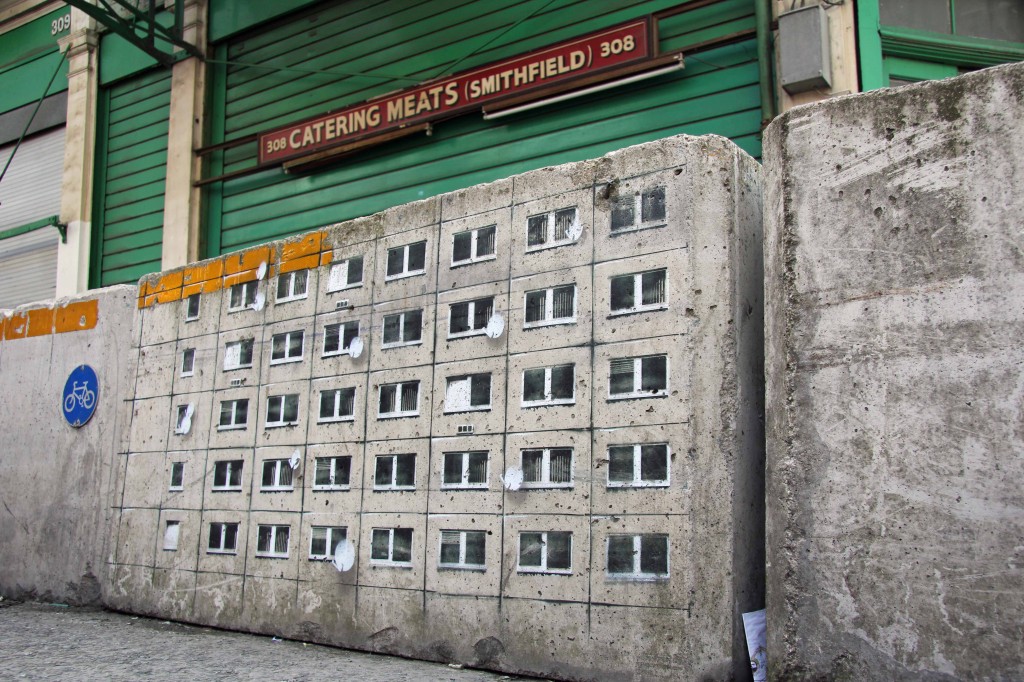