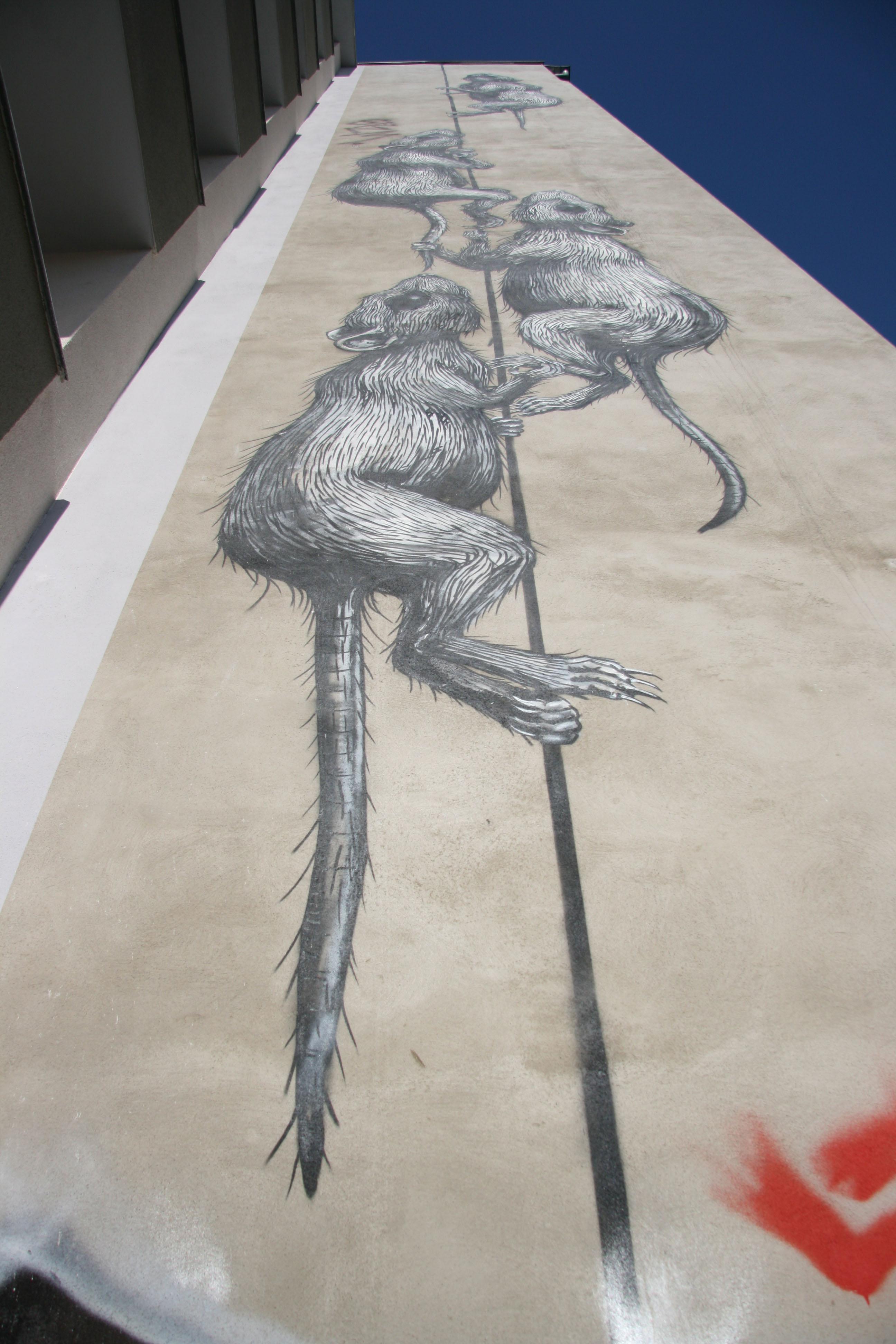 ROA must be one of the most talked about names in Street Art right now.  Hailing from Ghent in Belgium, ROA is most well known for his large-scale black and white animals, which he has painted on walls all over the world.

Tower Hamlets Council had to admit to an error of judgement recently when it covered a piece by the artist – a giant crane on Hanbury Street in London.  The council originally obscured the bird with a banner advertising Brick Lane as ‘Curry Capital 2012’, part of their Olympic advertising campaign, but was forced to remove it after public outcry.

ROA has also shown in galleries and his Hypnagogia show at Stolen Space Gallery in London, with paintings on found objects and accompanying outdoor pieces, was well received.

Here are a few pieces by the artist in Berlin: 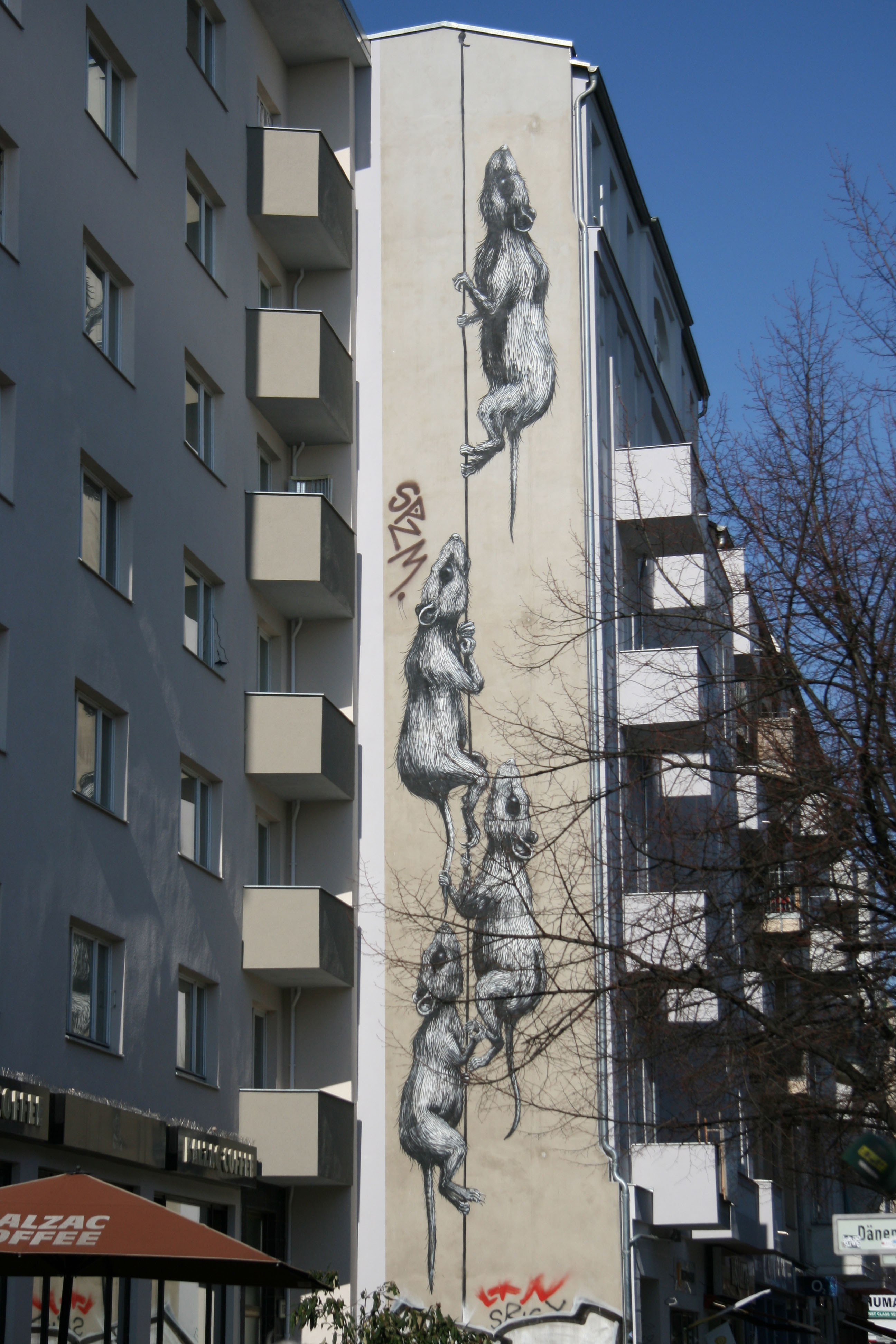 This next piece was originally featured in my Street Art – Jan 2012 Gallery: 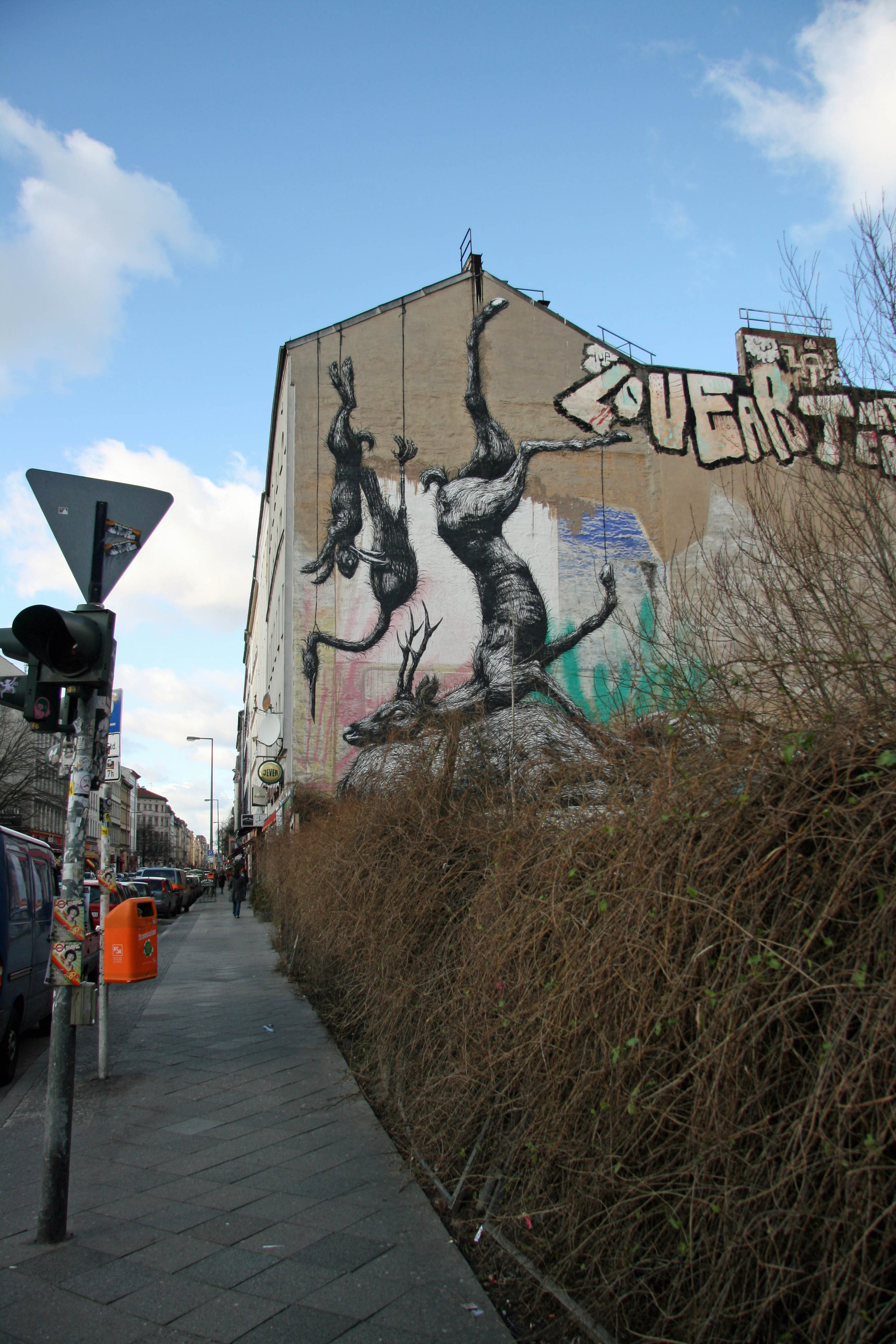 Thanks to Skalitzers, a contemporary art gallery in Berlin, for getting in touch to let me know the correct title of the above piece. 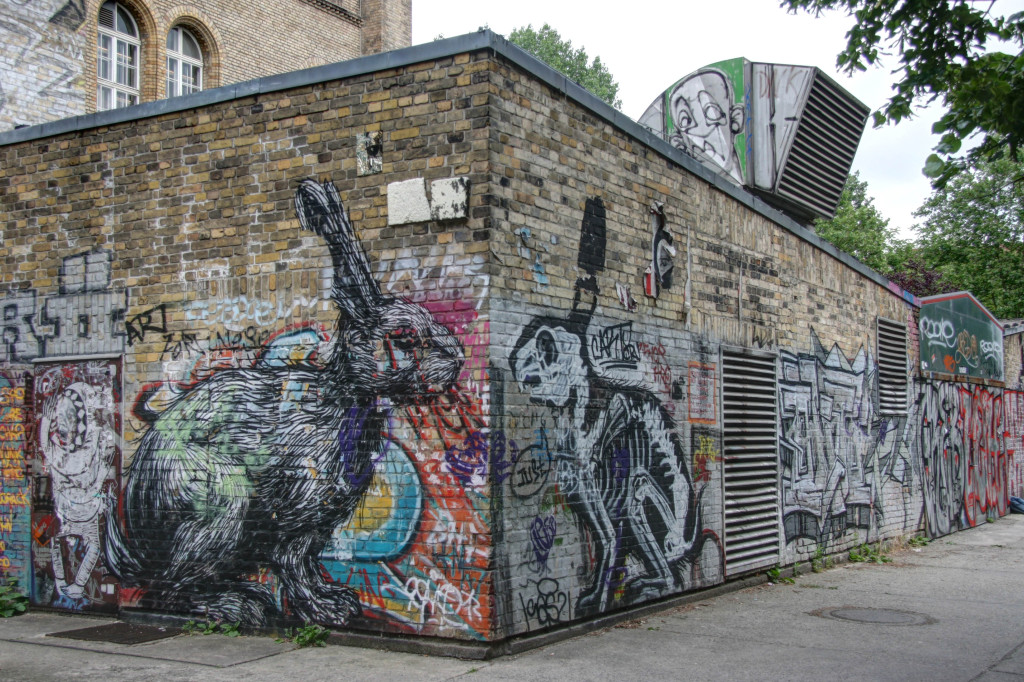 You can see more of ROA’s Street Art on his Flickr stream and on an Unofficial Facebook Page.

GEMA Protest at the Kulturbrauerei
Burgerie

2 Responses to ROA in Berlin