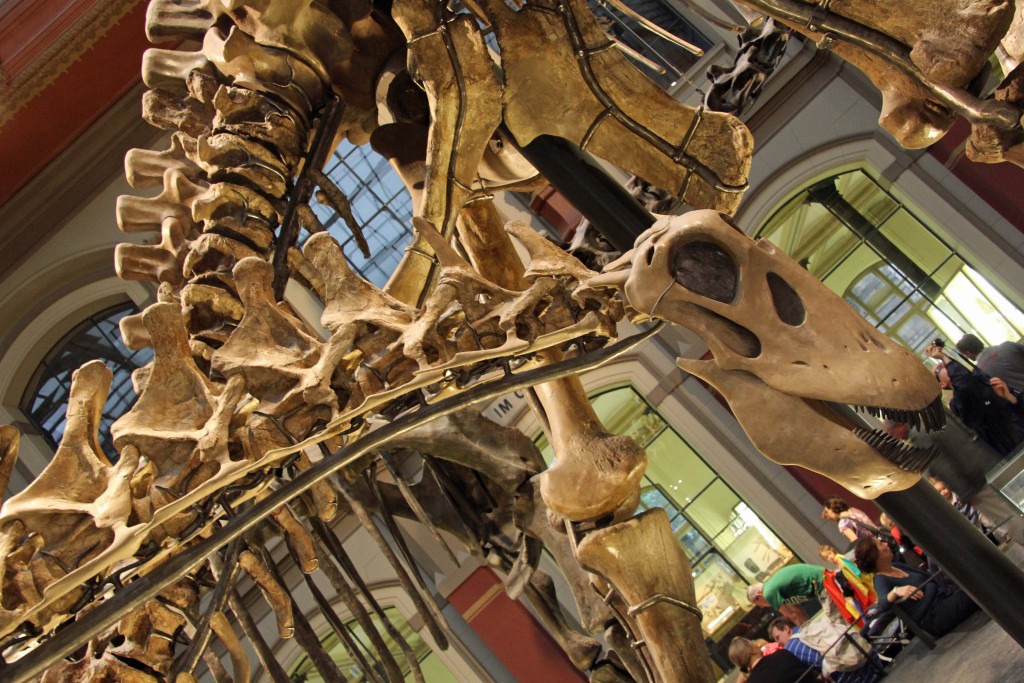 Yesterday afternoon, with Berlin’s weather teetering on the edge of the depressive part of its bi-polar summer weather cycle, I went to the Museum für Naturkunde (Natural History Museum).

I have been conscious for a while now of neglecting Berlin’s museums. I’ve posted about the Deutches Historisches Museum and The Stasi Museum, both of which I loved, and the Museum für Kommunikation, which I was not impressed with, but featuring just 3 of the 180 museums the city has to offer (so I read recently) in 8 months isn’t representative of the cultural options available here.

When I woke up to grey skies and threatening clouds it seemed fated that I should go to the Museum für Naturkunde, as it had been recommended to me the previous evening.

Walking into the museum you are immediately greeted by The World of Dinosaurs exhibition and the impressive skeleton of a Brachiosaurus, looming over you at a height of more than 13 metres. 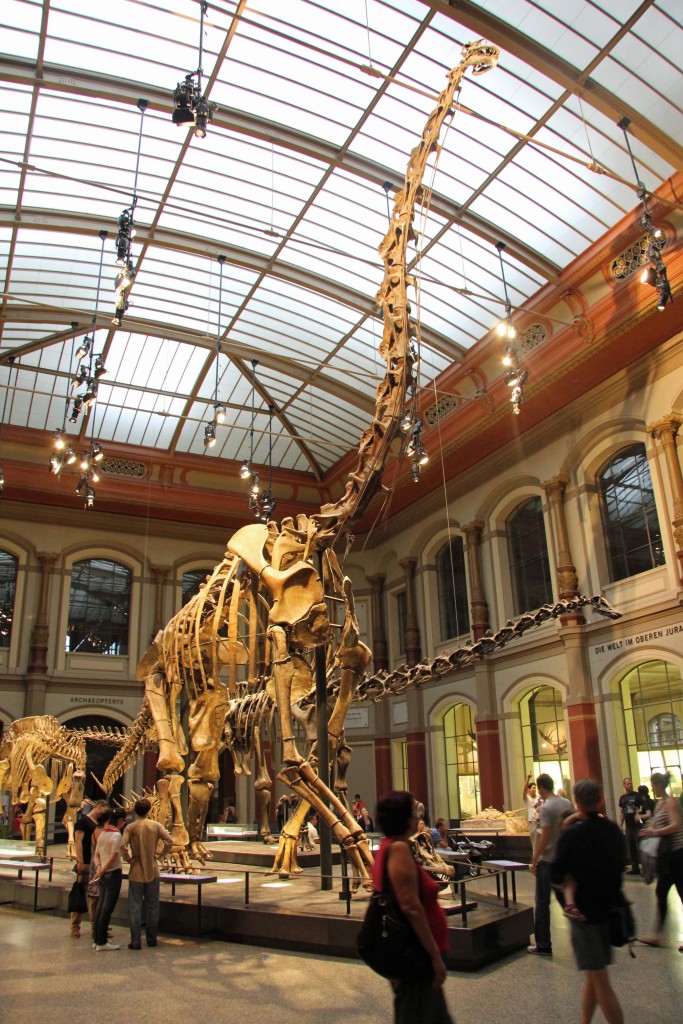 Just the right kind of thing to fire up a visitor’s enthusiasm and inspire awe in children and adults alike.

For me though, the highlight of the museum was walking around The Wet Collections.  According to the Museum für Naturkunde website there are:

around one million zoological objects – from spiders, fish and crustaceans to amphibians and mammals – in 276,000 vials, preserved in 81,880 litres of ethanol.

The collections have only been on display to the public since September 2010 when they were moved to a state of the art storage and display area in the newly renovated East Wing of the museum. 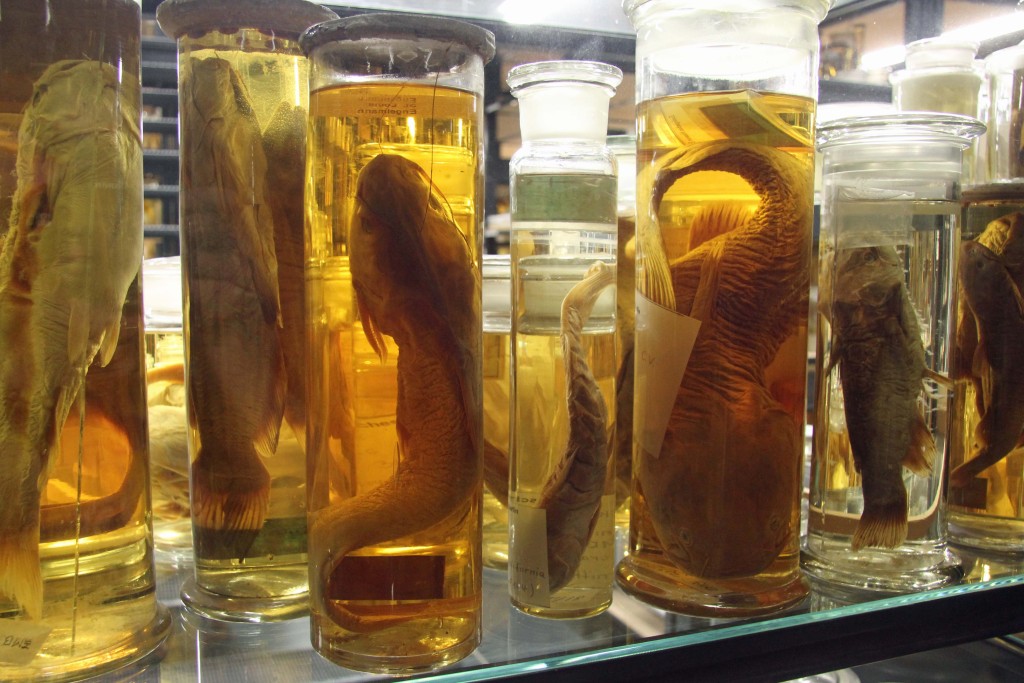 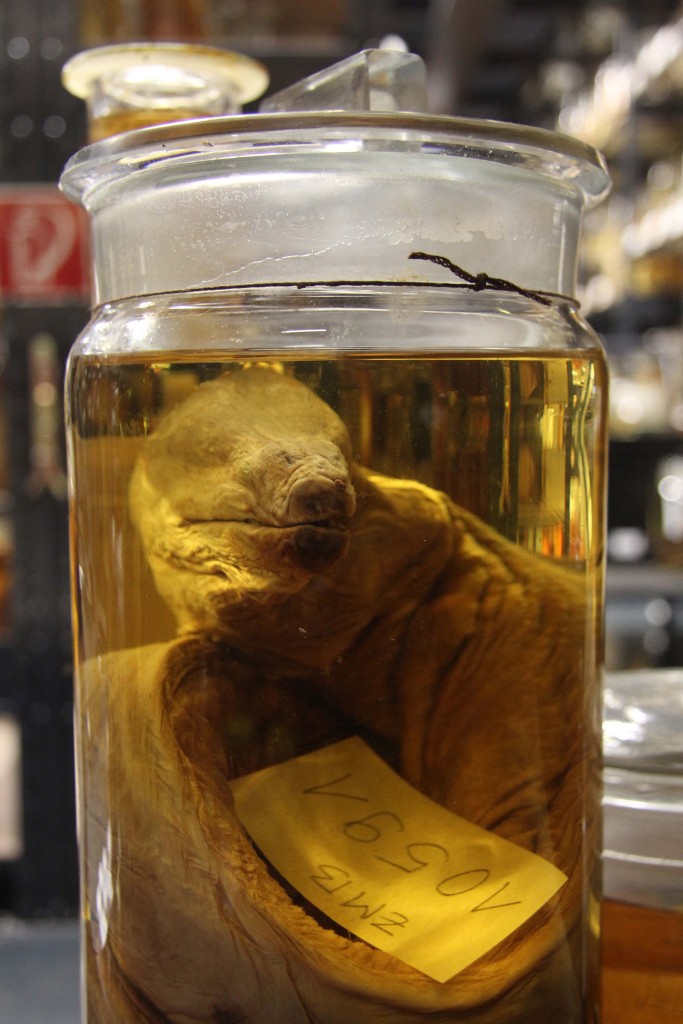 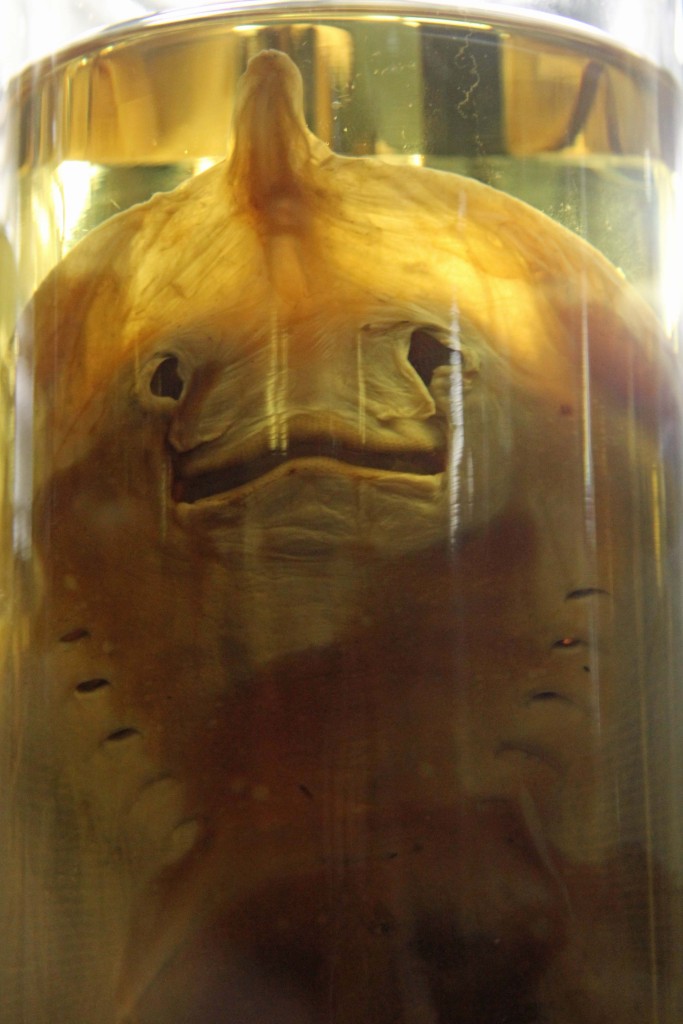 If you’d like to see more photos of The Wet Collections at the Natural History Museum, check out this post on überlin.

A special exhibition, Elefantenreich – Eine Fossilwelt in Europa (Land of the Elephants – A Fossil World in Europe) was another high point for me, though I mistakenly assumed that I was fascinated by a Mammoth. 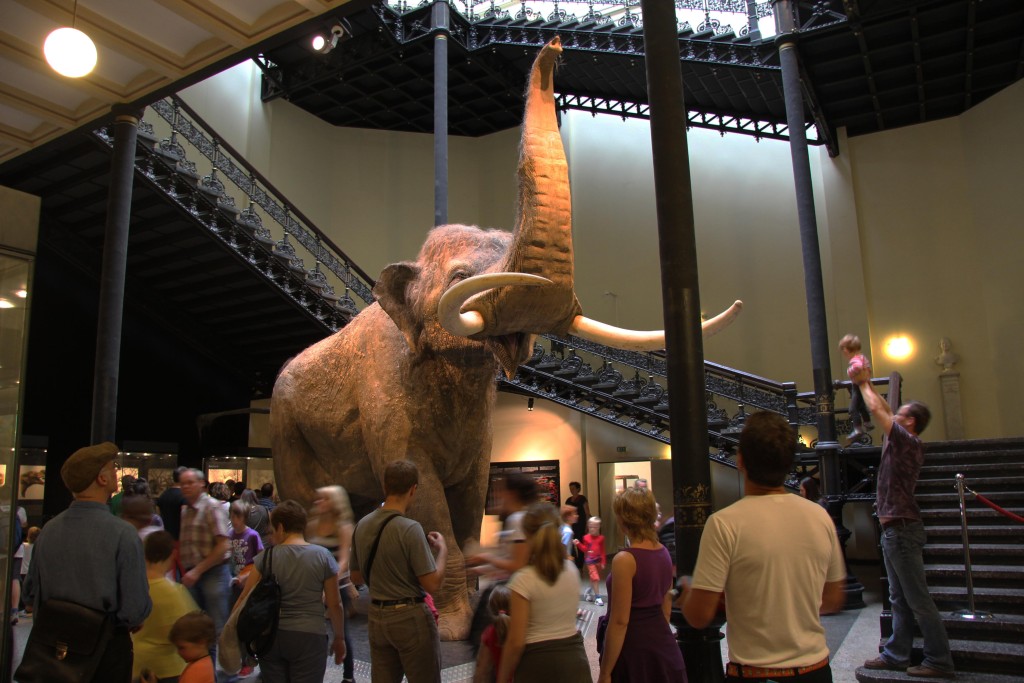 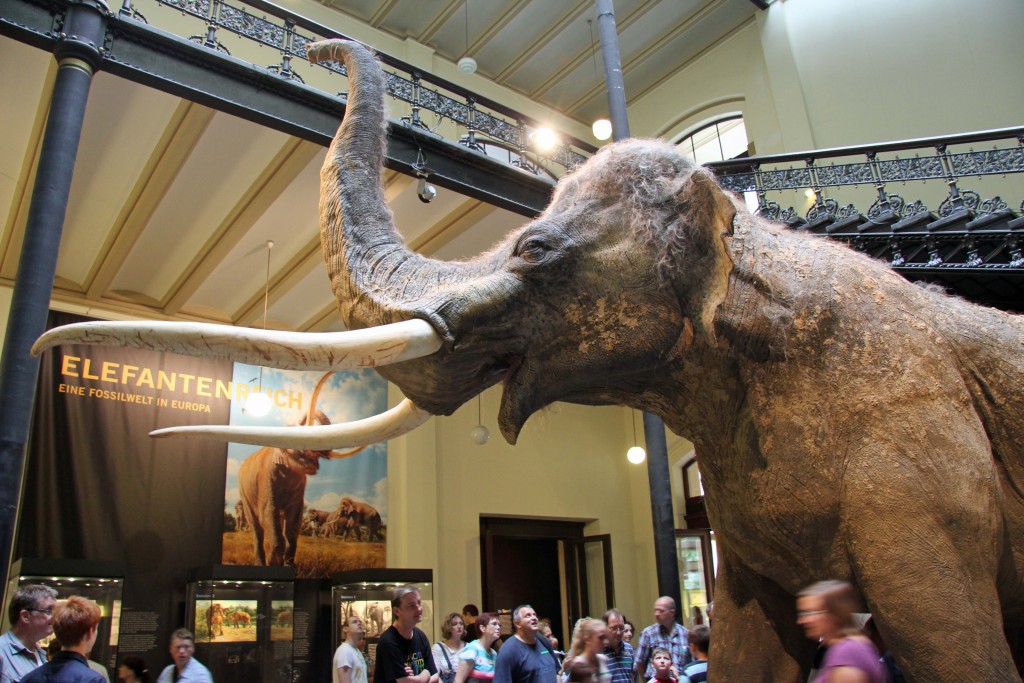 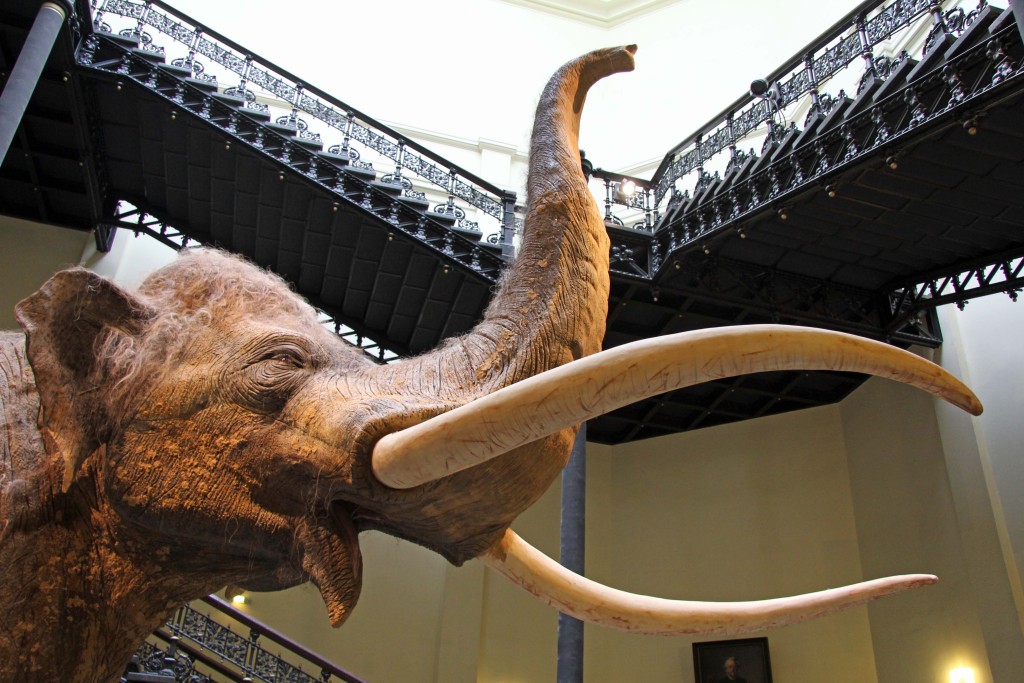 Amongst the other exhibits that impressed me were the multimedia installation about the origins of the universe, viewed from below by visitors lying on a round sofa, in The Cosmos and Solar System. 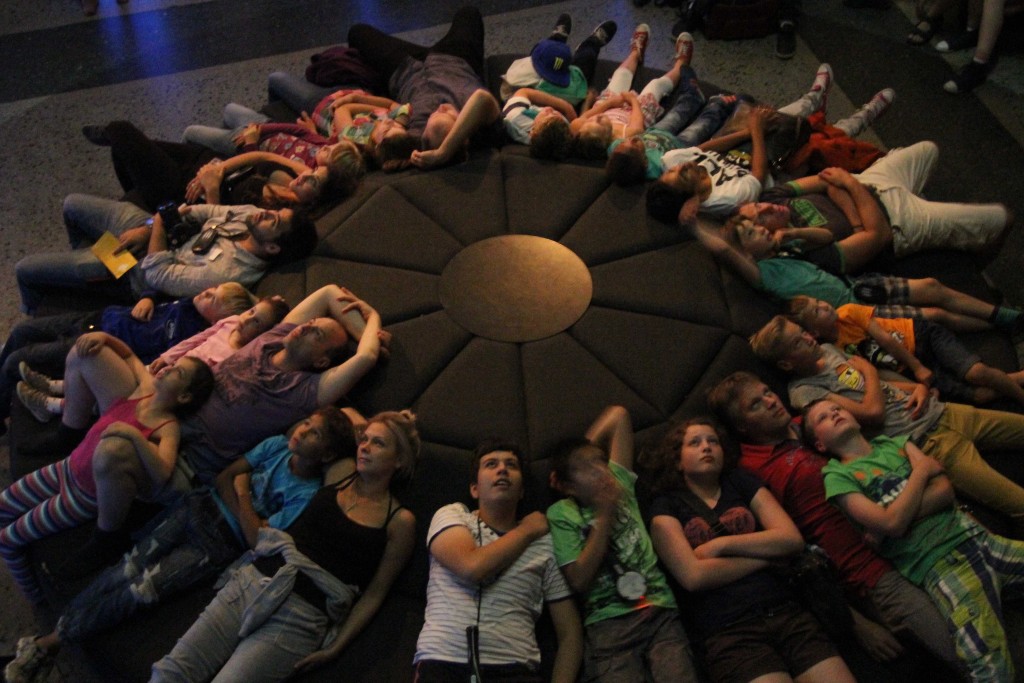 An impressive collection of Minerals and Fossils. 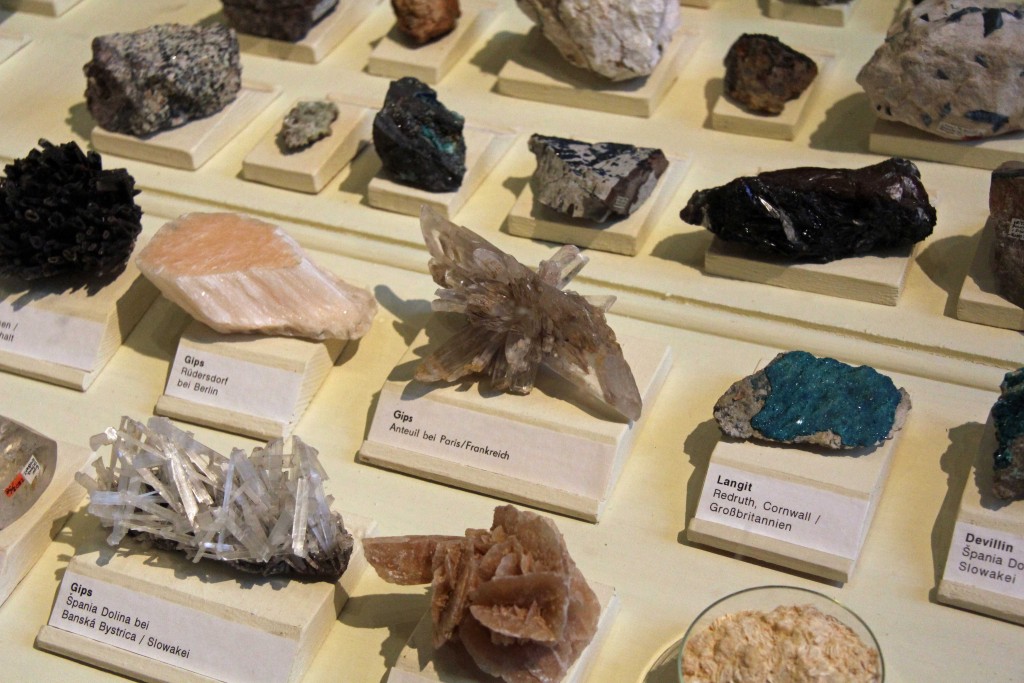 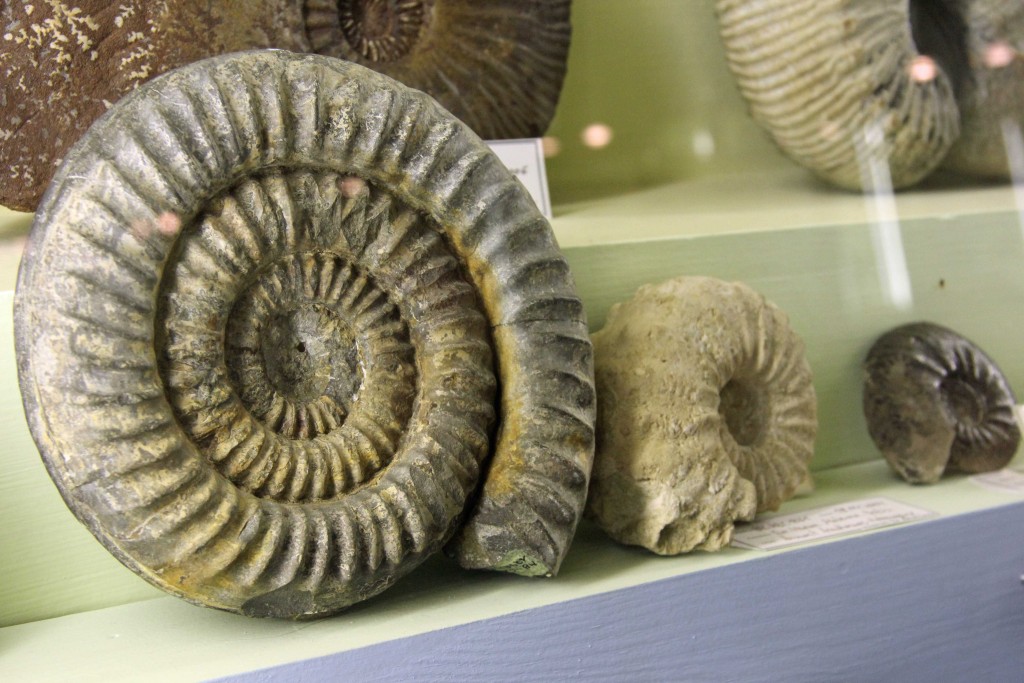 A number of skeletal remains. 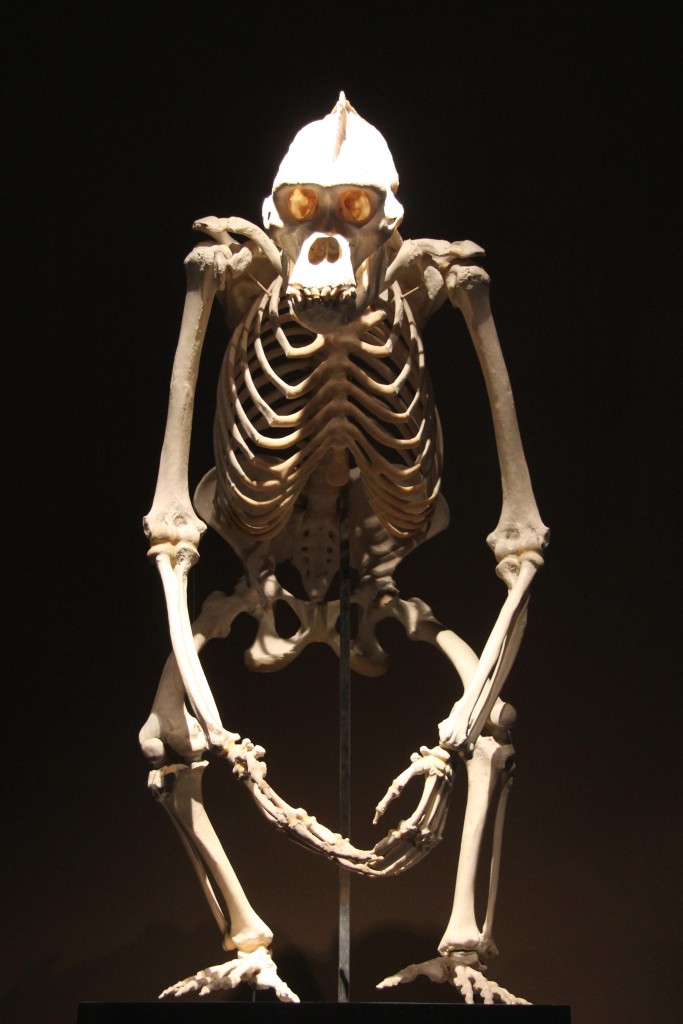 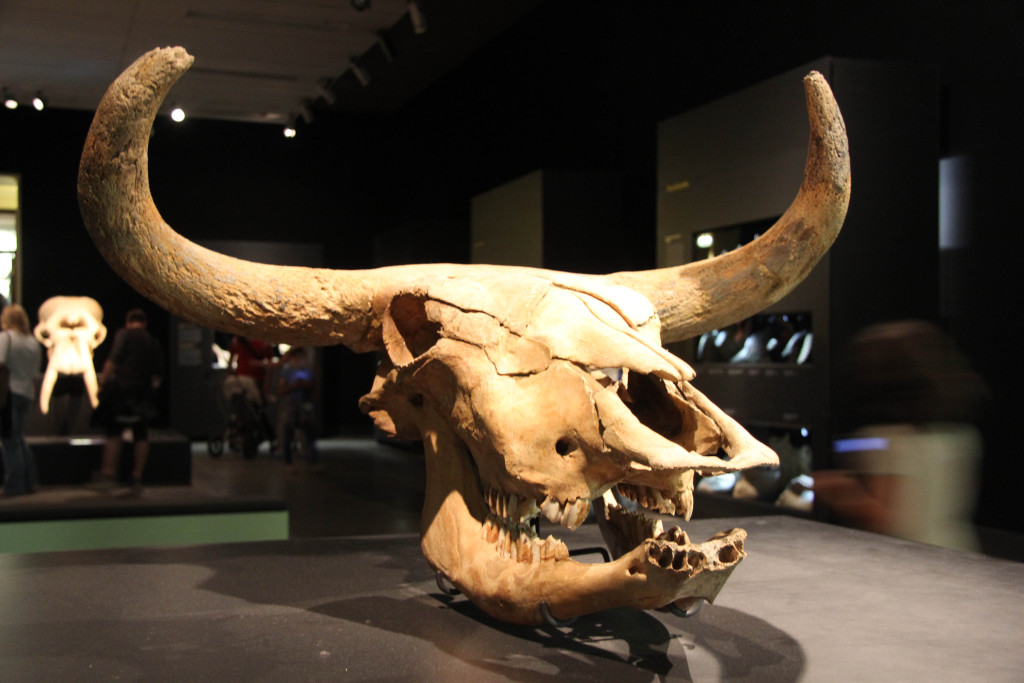 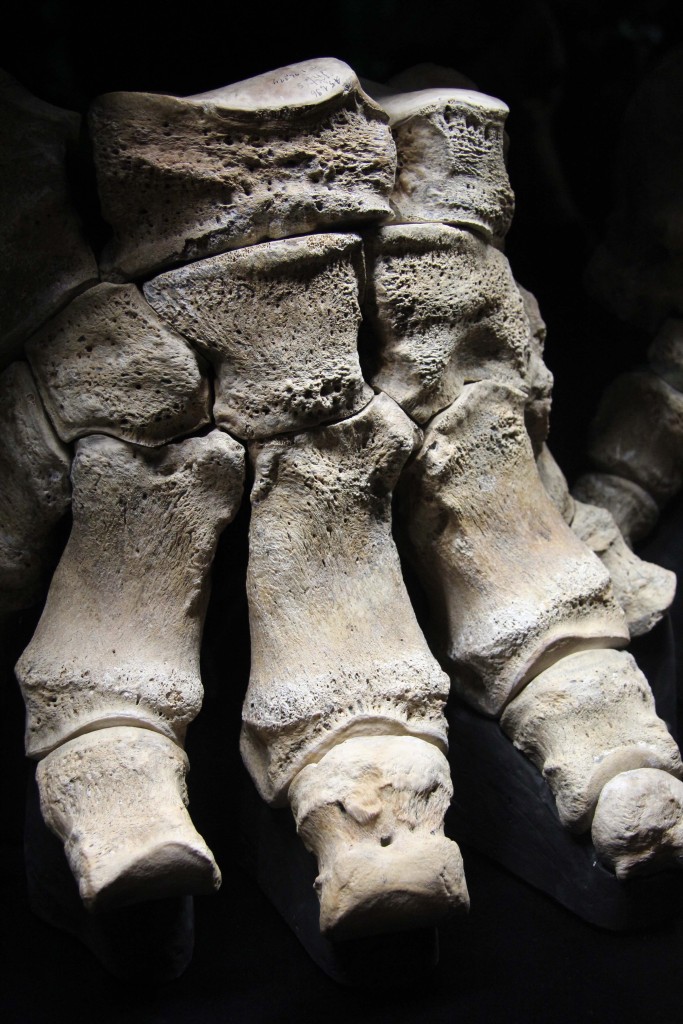 And Keller’s Models, a collection of insect models created by Alfred Keller for the museum between 1930 and 1955. 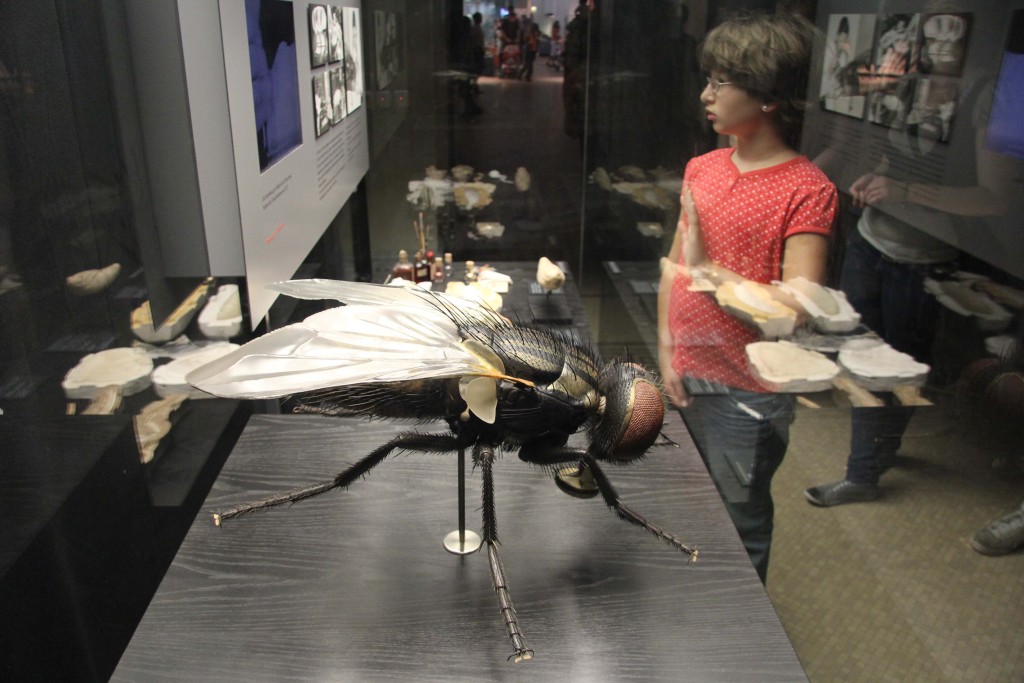 My only criticisms are that on the day I was there the temperature inside the museum (except for the controlled environment of The Wet Collections) was way too high and I feel that the layout could be made to flow better.  There were some collections currently off limits and others under construction so these may remedy that problem.

Apart from those minor gripes, I really enjoyed my time in Berlin’s Natural History Museum (Museum für Naturkunde), and would recommend a visit, especially to those looking for a rainy day activity with children.