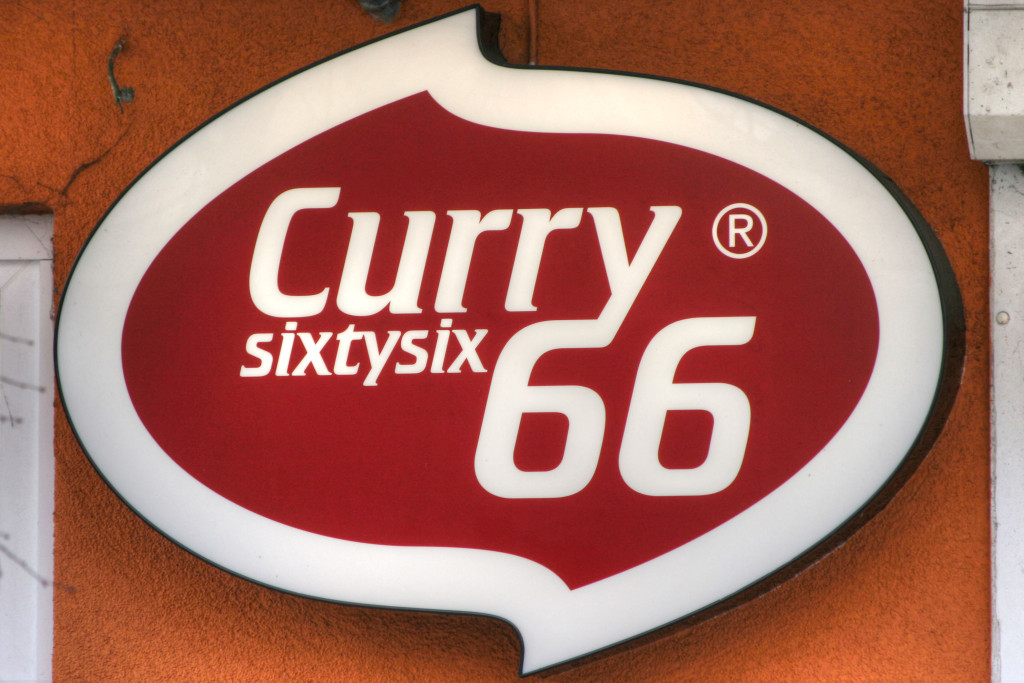 It has been a while since I blogged about eating Currywurst but rest assured I haven’t fallen out of love with this Berlin snack.  I’ve just been less adventurous for a while and stuck to some familiar haunts and then when I did try somewhere new I got caught up with some other posts.  I first went to Curry 66 when I saw the Matt Adnate piece in my All those in favour say ‘Eye’ post but I’ve been back twice since.

I have to thank Oh-Berlin for the introduction to this little gem, which I first heard about because it was one of their ‘where to go in Berlin’ suggestions for their guest blogger, Sherry, from Ott’s World.

On my first visit I was a little underwhelmed.  You might now be wondering why I described the place as a little gem so let me explain.

The thing in Oh-Berlin’s description of Curry 66 that most made me want to visit was the assertion that it served the spiciest Currywurst in Berlin.

My experience so far of food in Berlin is that it tends to be a lot less spicy than I was used to in the UK so I wanted to see what ‘die schärfste Currywurst in Berlin’ tastes like.

On my first visit I thought that the sauce was tasty but without the kick I was expecting.  It may have been a little spicier than I’d had so far in Berlin but not worthy of advertising it as such.

But I must have missed something.  Either I wasn’t asked how spicy I would like the sauce on that first visit or I misunderstood the question.  On my second visit I was asked and said I would like scharf (spicy/hot in German).

It was only after I sat down that I noticed a table of Currywurst sauces on the side of the Coffee counter, with the spiciness of the sauces available given in Scoville units.

Thankfully ‘Scharf’ was only ‘3’ – it could have been a lot worse.

When I got home I googled Curry 66 and watched some videos on YouTube of people trying the hottest sauces and judging by their reactions (and the sauces being dispensed from pipette’s by people wearing gloves and wrapping the bottles in tissues) they are beyond hot! 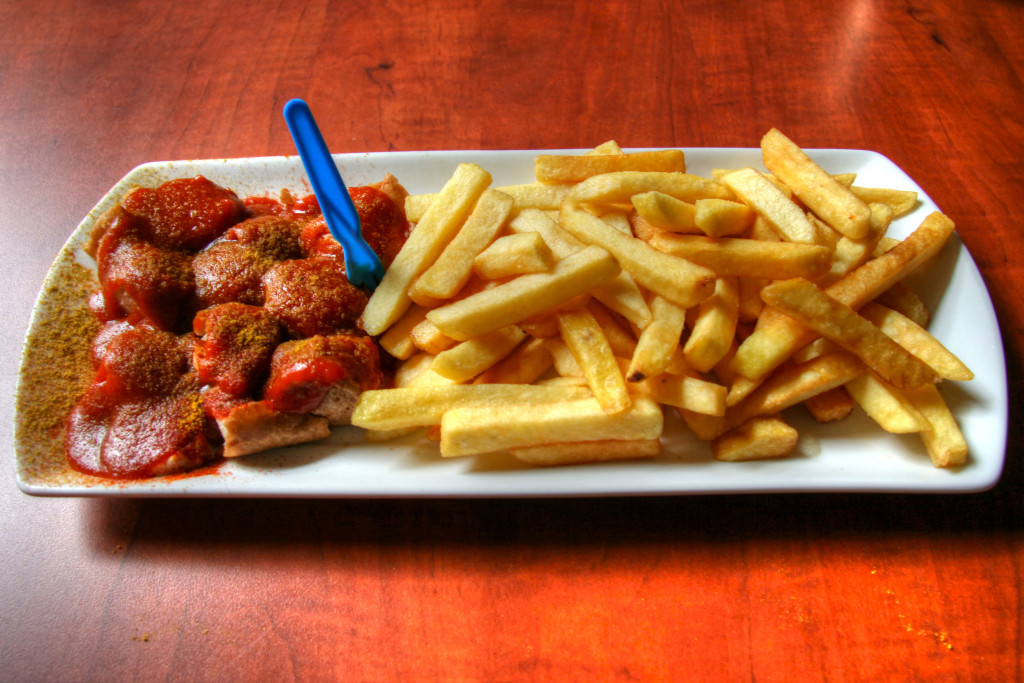 This time when I tasted my Currywurst it was definitely spicier than any other I have had in Berlin so far and a real contender for ‘The Best of the Wurst’, as I’ve come to think of my quest for the tastiest Currywurst in Berlin – it comes with plenty of sauce and by the end of my meal the plate was wiped clean.

I would like to warn anyone who goes to Curry 66 that the chips are extremely hot so have a little patience (something I sadly lack when food is placed in front of me).  The Currywurst here is so good, it’ll be worth the wait.

And if you are thinking of trying the hottest sauces please watch this video (which seems to be the Dirty Devil) first – now don’t say I didn’t warn you.

Curry 66 is at Grünberger Strasse 66 in Friedrichshain.  Currywurst with Chips costs €3.40 and a small beer (the best drink to accompany Currywurst) is €1.60.