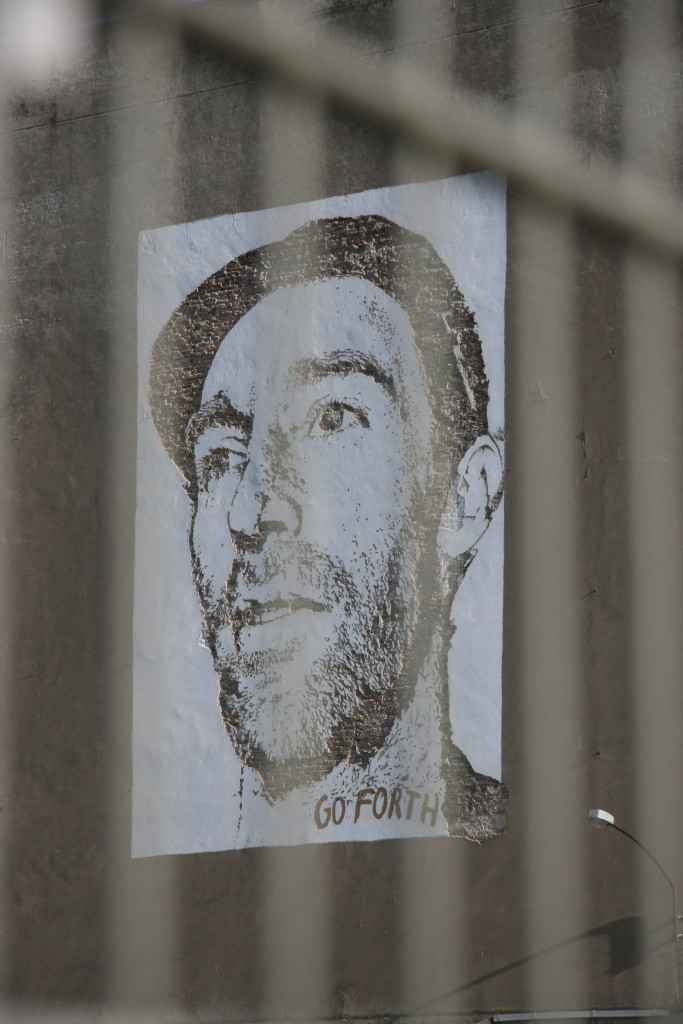 I decided last night that my post today would be a photo of this Vhils I spotted on Chausseestrasse last week.   When I googled ‘Vhils Chausseestrasse’, in an attempt to be more descriptive about the location, I came across this post about four Vhils murals in Berlin.

This by no means falls into the category of news, as the pieces were created in July 2011.  But hopefully for someone it’s new.

All were part of the Go Forth marketing campaign for Levi’s, created in conjunction with Wieden + Kennedy Amsterdam, who in their own words ‘came to Berlin looking to find the pioneers who are making the city into the new cultural centre of Europe.  Amongst hundreds, we collaborated with Vhils to immortalize four.’

I had already seen three of the four works when I read the post last night but wasn’t aware of the piece on Potsdamer Strasse.

So, here are the four.

A close-up of Chausseestrasse 36 – Joe Hatchiban who set up the Bearpit Karaoke at the Mauerpark. 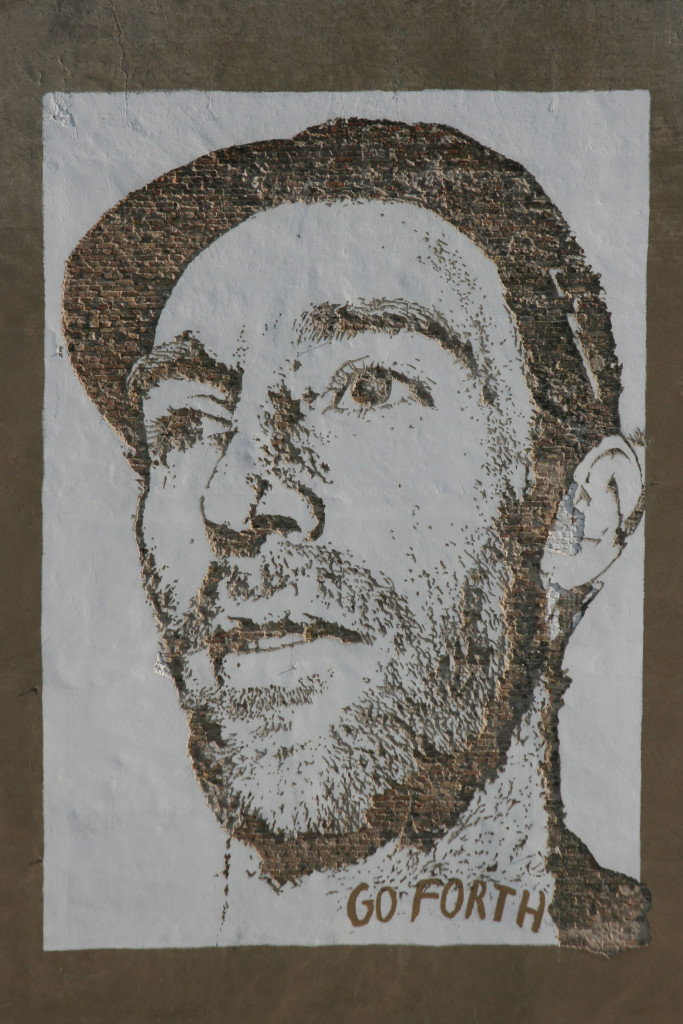 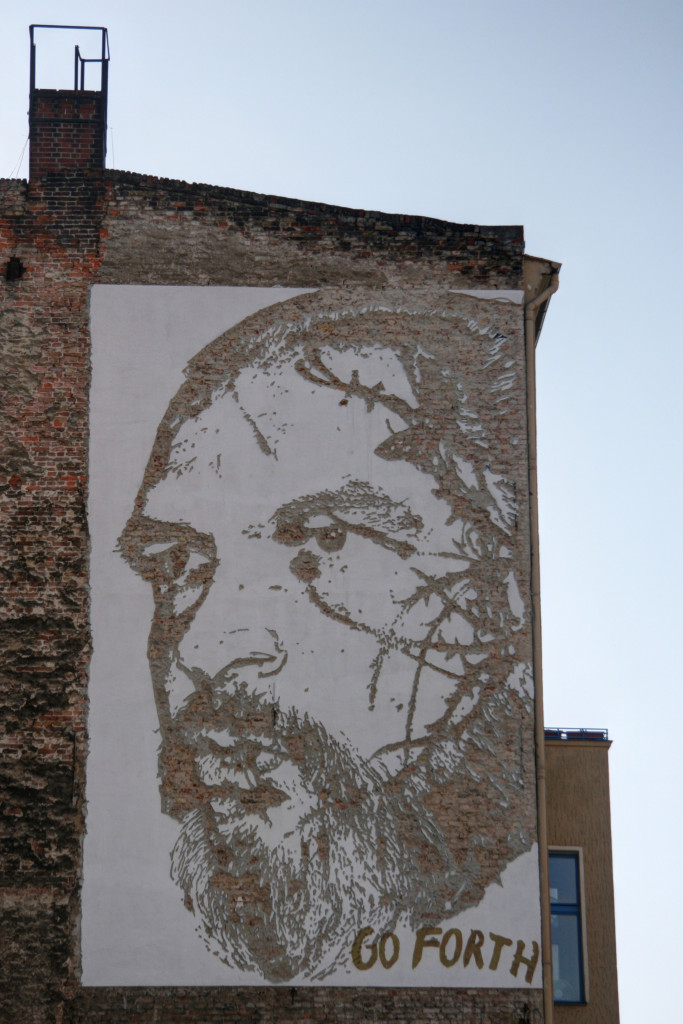 Revaler Strasse 99 – Fadi Saad, a Neighbourhood Manager and Youth Worker, who draws on his past experiences in a gang to help the young people of Berlin.

I first took a photo of this on my phone before I started the blog and always meant to go back to get a better photo.  Writing this post gave me the push to do so. 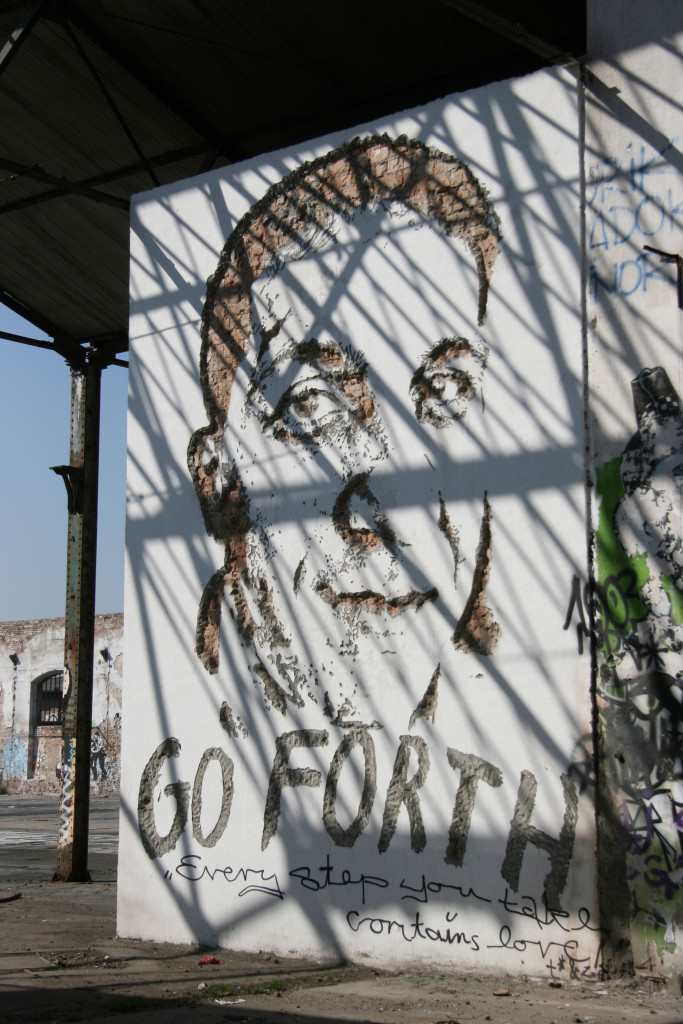 An der Schillingsbrücke – One half of Artist Duo, Various & Gould.

I originally posted this photo as Vhils By The Spree. 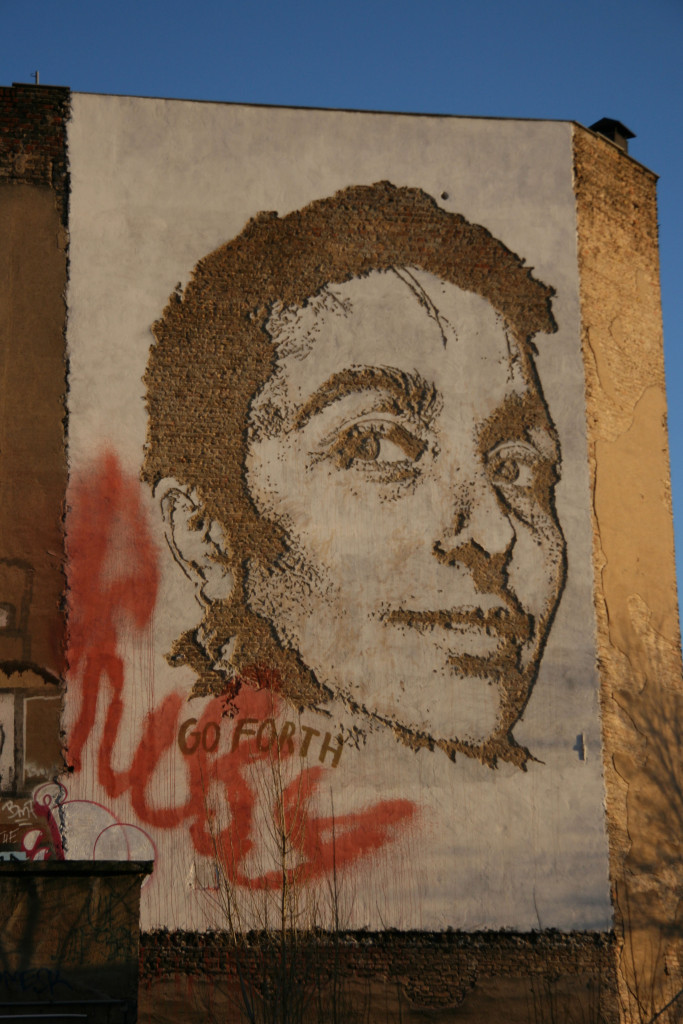 For anyone unfamiliar with his work, Vhils (real name Alexandre Farto) is a Portuguese Street Artist.  If you like what you see you might want to check out his website or the excellent book of his work published by Gestalten.

Love, love, love (All you need is love)
Shoot That Poison Arrow To My Heart

3 Responses to Vhils – Go Forth: Street Art in Berlin