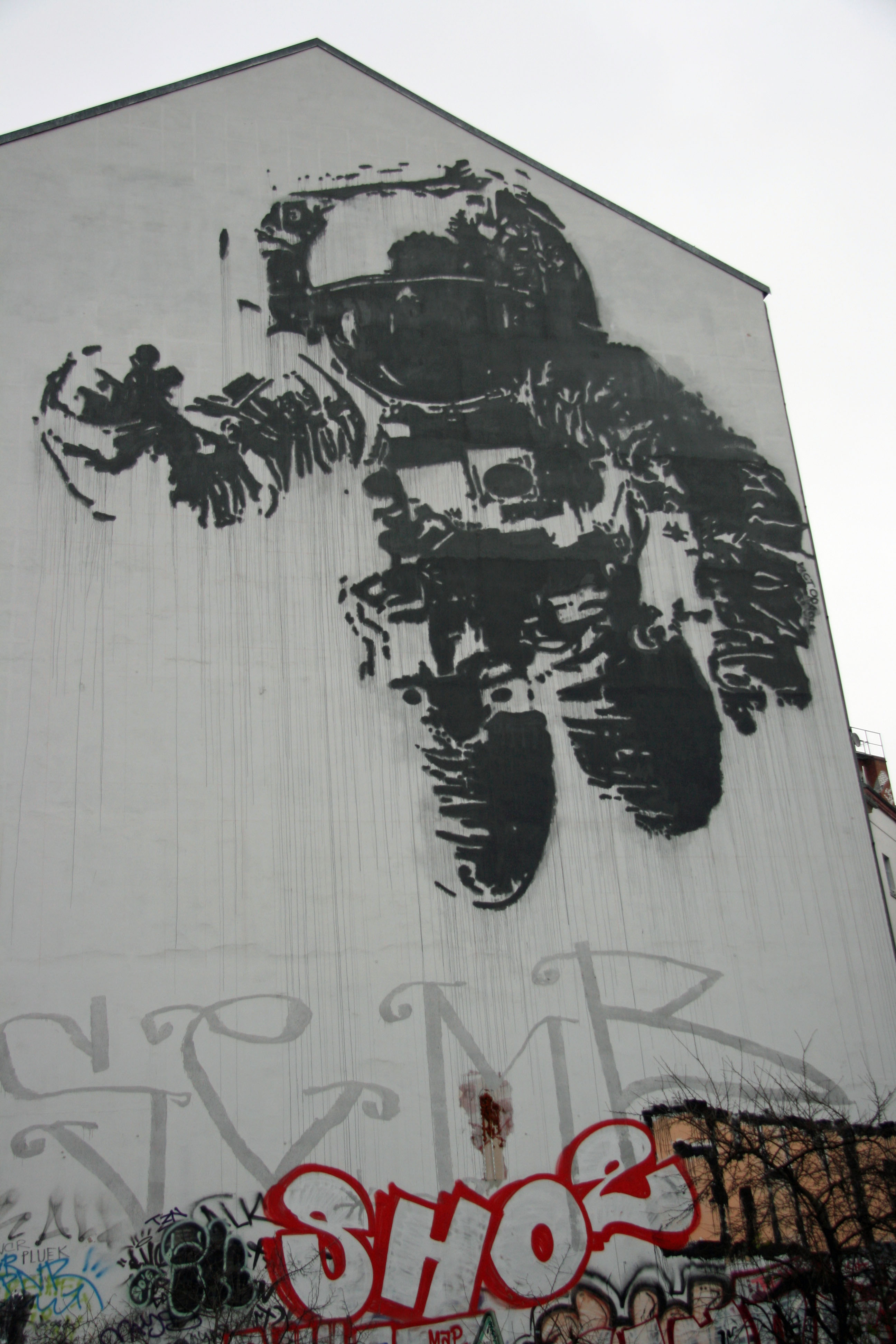 I went to Kreuzberg today with my camera.  I had spotted this well-known piece by Victor Ash on the way back to the U-Bahn station from yesterday’s Weihnachtsflowmarkt Nowkoelln at the Umspannwerk on Paul-Lincke Ufer but hadn’t taken the camera out with me.

Unfortunately, by the time I arrived it had started to rain and the light wasn’t good for photographs but I decided that I would do a recce for a more productive walk in the future.
I followed the tracks of the U1 from Kottbusser Tor passed the Victor Ash piece and all the way along Skalitzer Strasse (resisting the temptation to stop at Burgermeister under the U-Bahn tracks at Schlesisches Tor, which will have to wait for another day) to the Oberbaumbrucke, which I crossed on the lower level, as featured in the film Lola Rennt (Run Lola Run).

As I reached the bridge I passed the BLU Baby piece and crossing the river looked back to his other massive artwork of a businessman handcuffed by time.

Having reached Friedrichshain I turned right along Stralauer Allee, which I followed all the way to the Elsenbrücke and a great view back to the Molecule Man before heading to Treptower Park S-Bahnhof, where I caught the train home.

It would have been a much more pleasant walk, and I would have got some great photos, in good weather but it was a couple of hours well spent because I know I’ll be back. 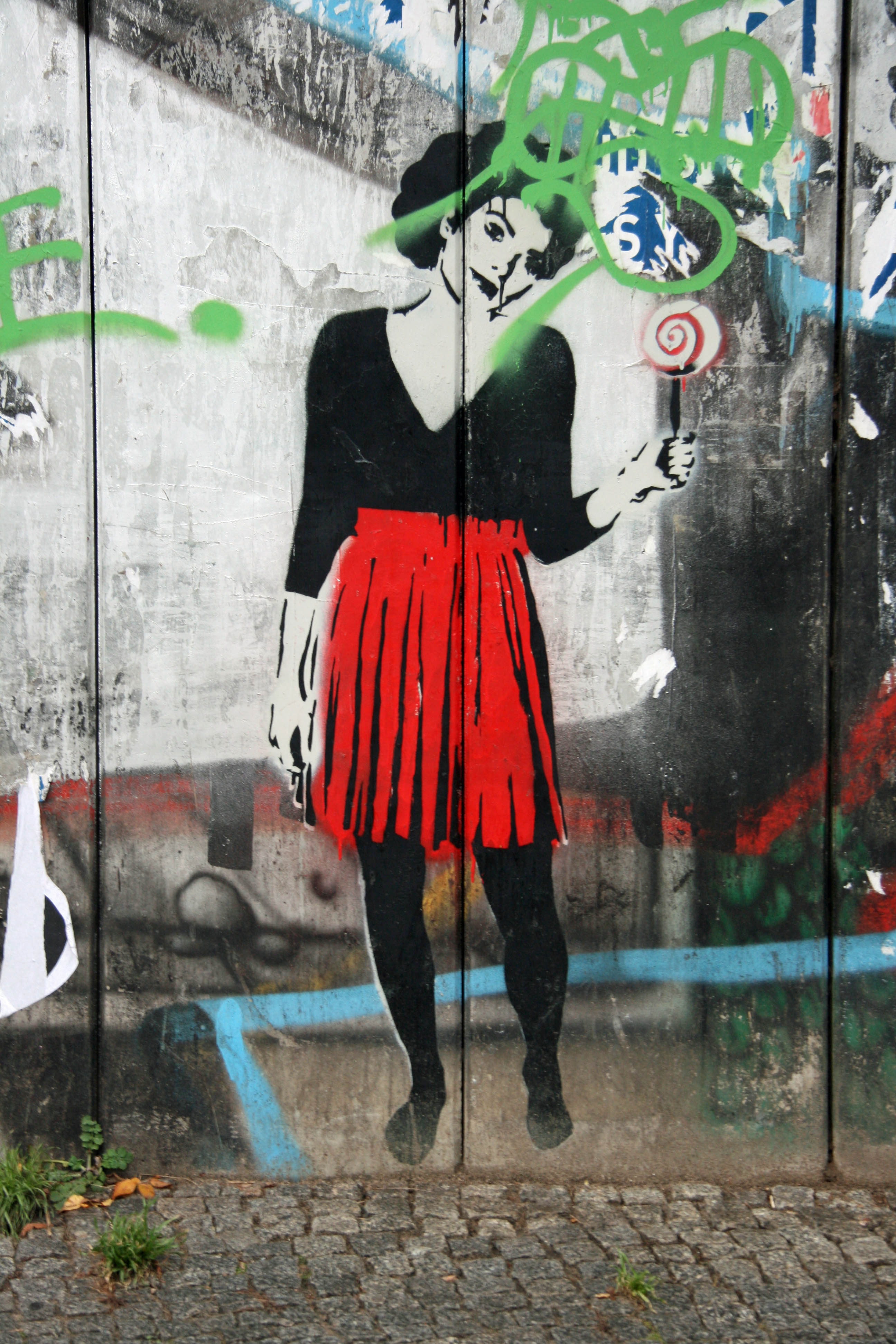