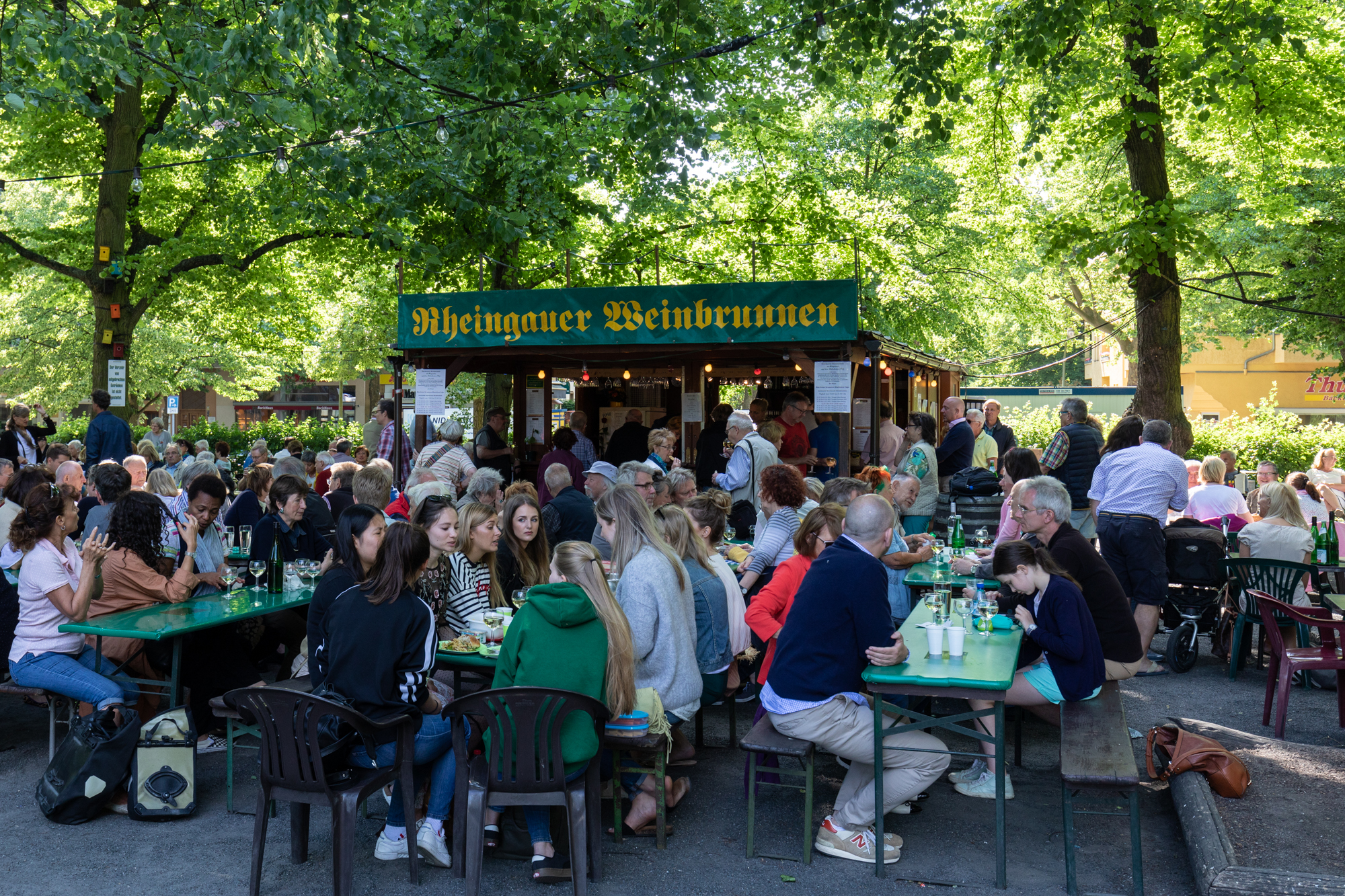 Germany is famous for its beer gardens but did you know that every summer there is a wine garden in Berlin – the Rheingauer Weinbrunnen on Rüdesheimer Platz? Well, you do now.

There are officially 350 seats at the Rheingauer Weinbrunnen but on warm summer evenings the crowd swells to maybe 600 or 700 people. Some bring their own camping chairs, others sit on the wall of the Siegfriedbrunnen or on the low walls that border the flower beds on the picturesque Rüdesheimer Platz.

The best seats are taken early. There is a mixed crowd but an older clientele – arriving in the afternoon is one of the advantages of retirement – dominates the tables and chairs surrounding the wooden hut where wine and Sekt (sparkling wine) is sold by the glass or bottle. 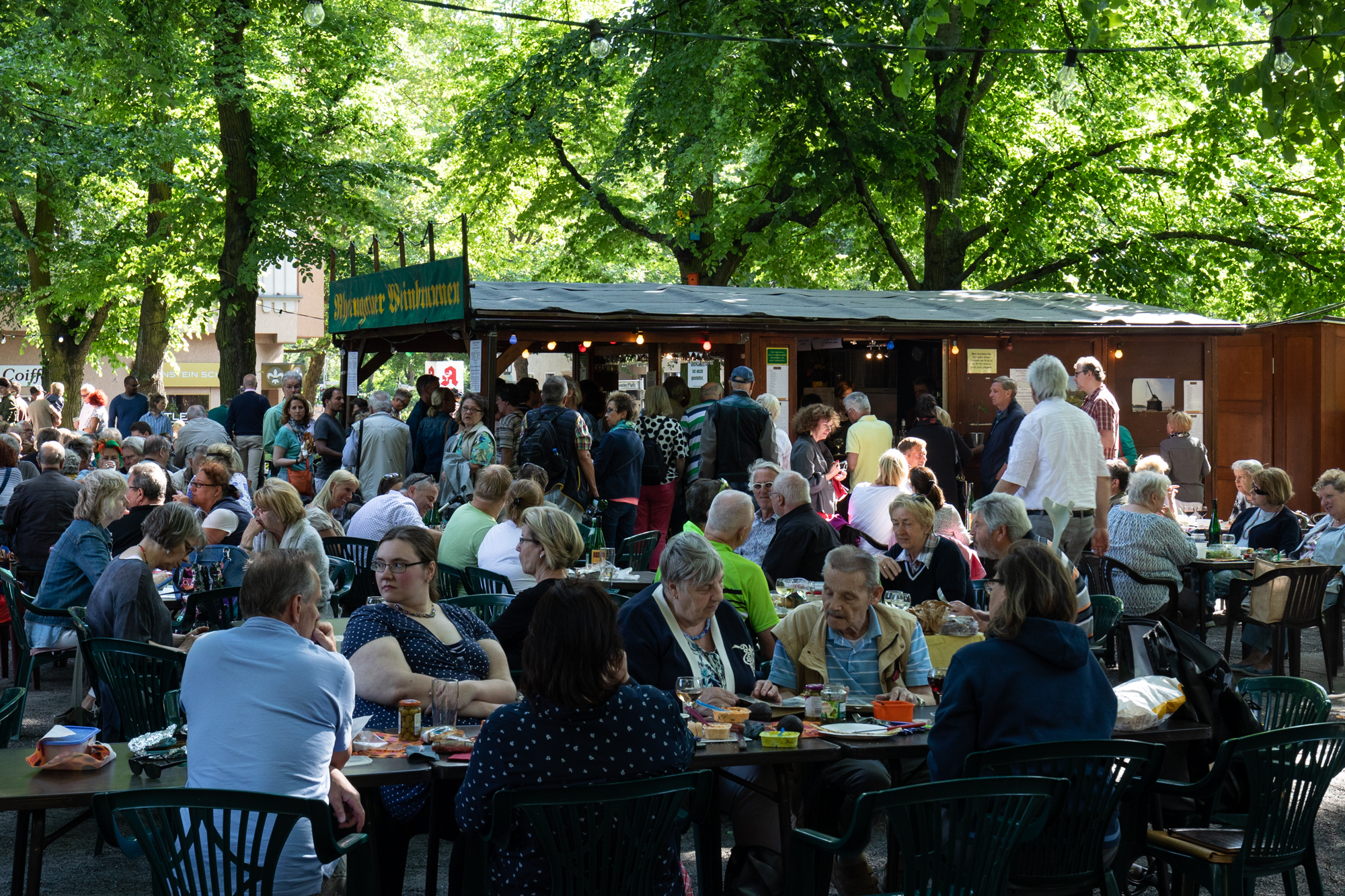 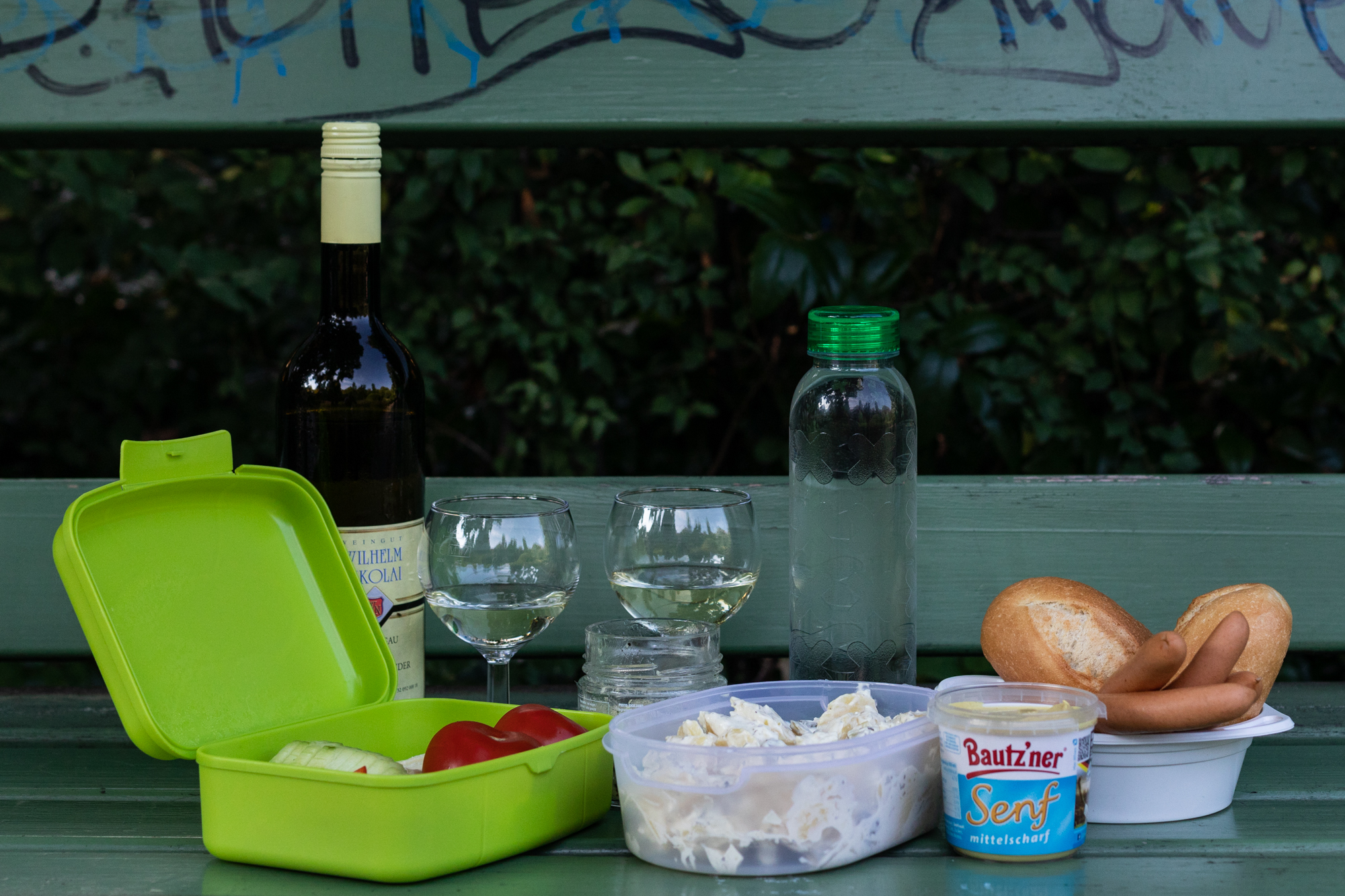 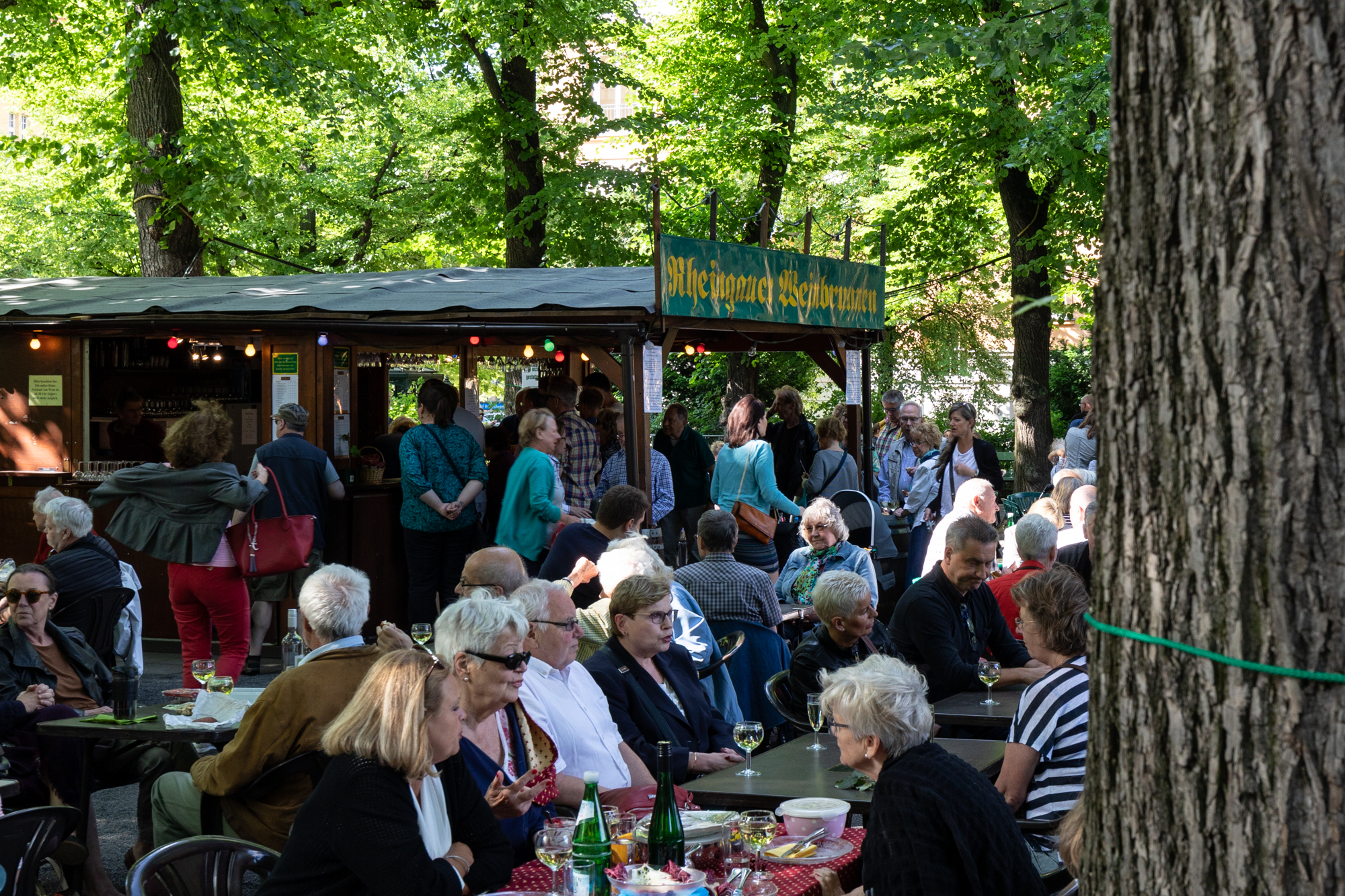 As the menu at the Rheingauer Weinbrunnen doesn’t extend to food, many bring their own. Some seasoned patrons share elaborate picnics but the Italian restaurant Pizza e Pasta on Rüdesheimer Straße also does a roaring trade in takeaway pizzas.

The air buzzes with the hum of animated conversations and the clinking of wine glasses mixed with the sound of children playing. Bulbs strung from the trees bathe the square in a romantic warm glow when the sun goes down. The atmosphere is a stark contrast to the city’s Techno-centric clubbing scene but is somehow also ‘very Berlin’. 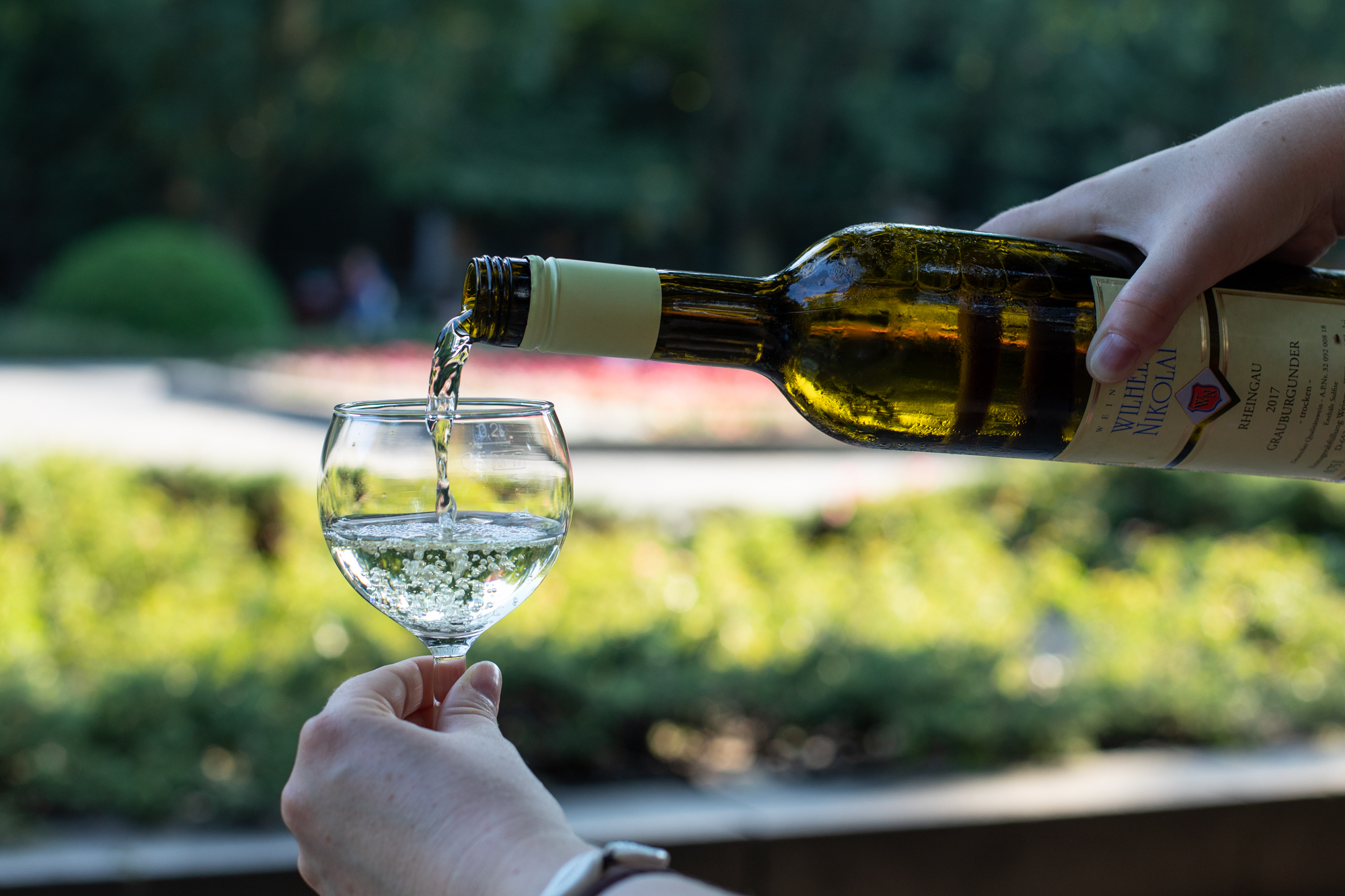 Wines from the Rheingau-Taunus district of Hesse have been sold at the Rheingauer Weinbrunnen since 1967, when the hut was open for just two weeks in the year. The association between this particular part of Berlin and the Rhine District, however, goes much deeper. When the neighbourhood was first developed in the early twentieth century the streets around the Rüdesheimer Platz were named after towns in the Rhine and the settlement became known as the Rheingauviertel or Rheinisches Viertel. 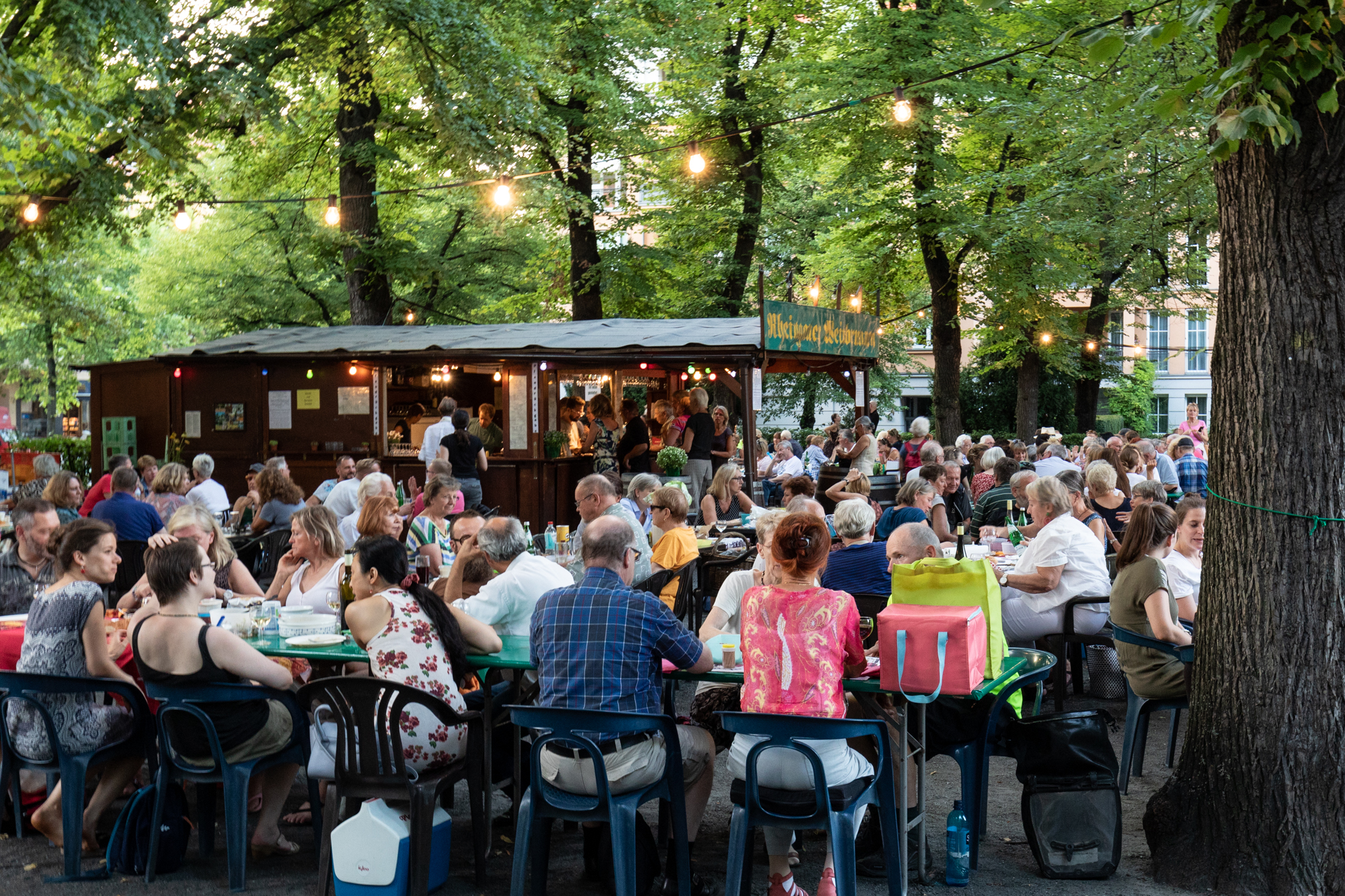 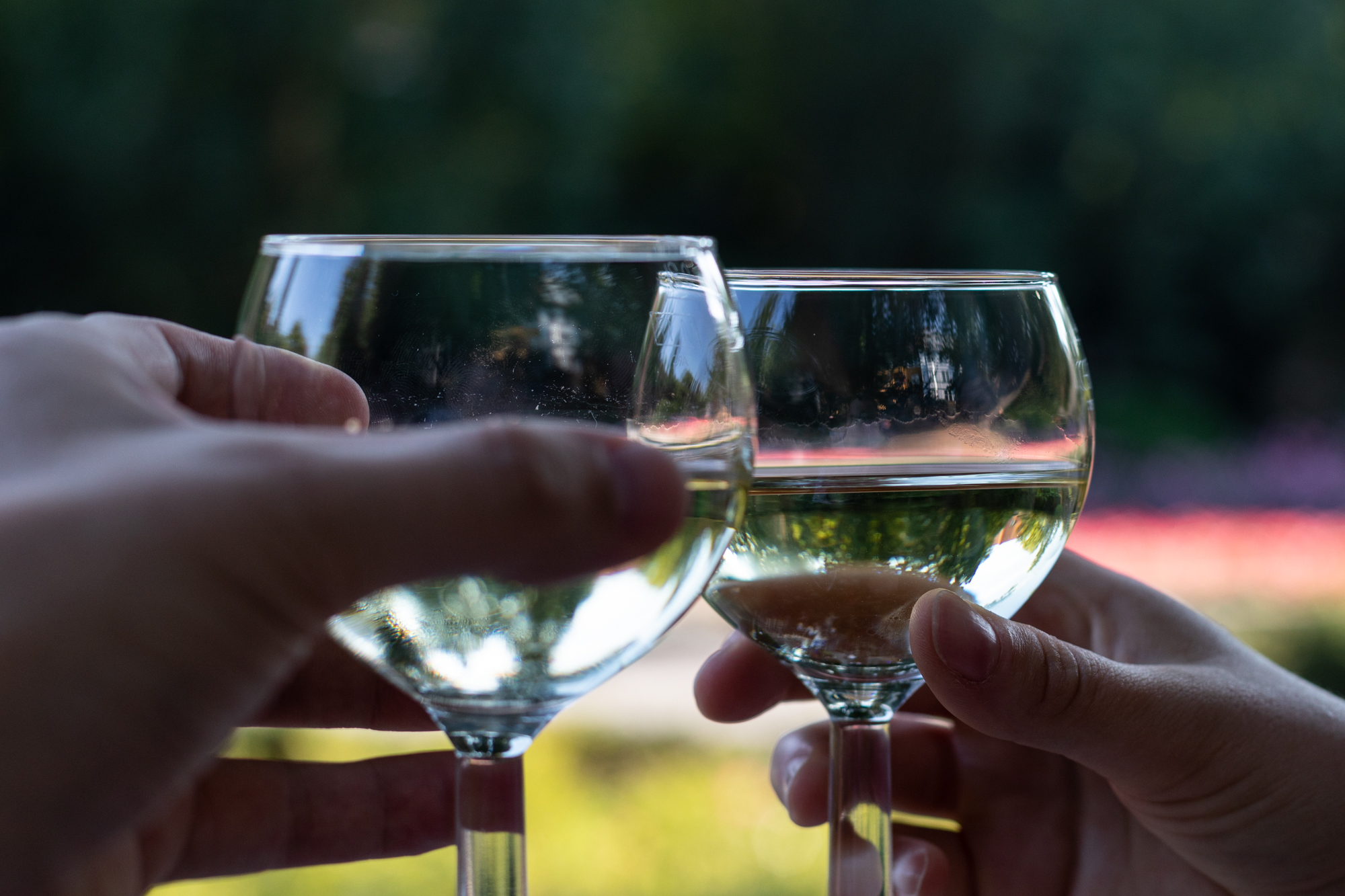 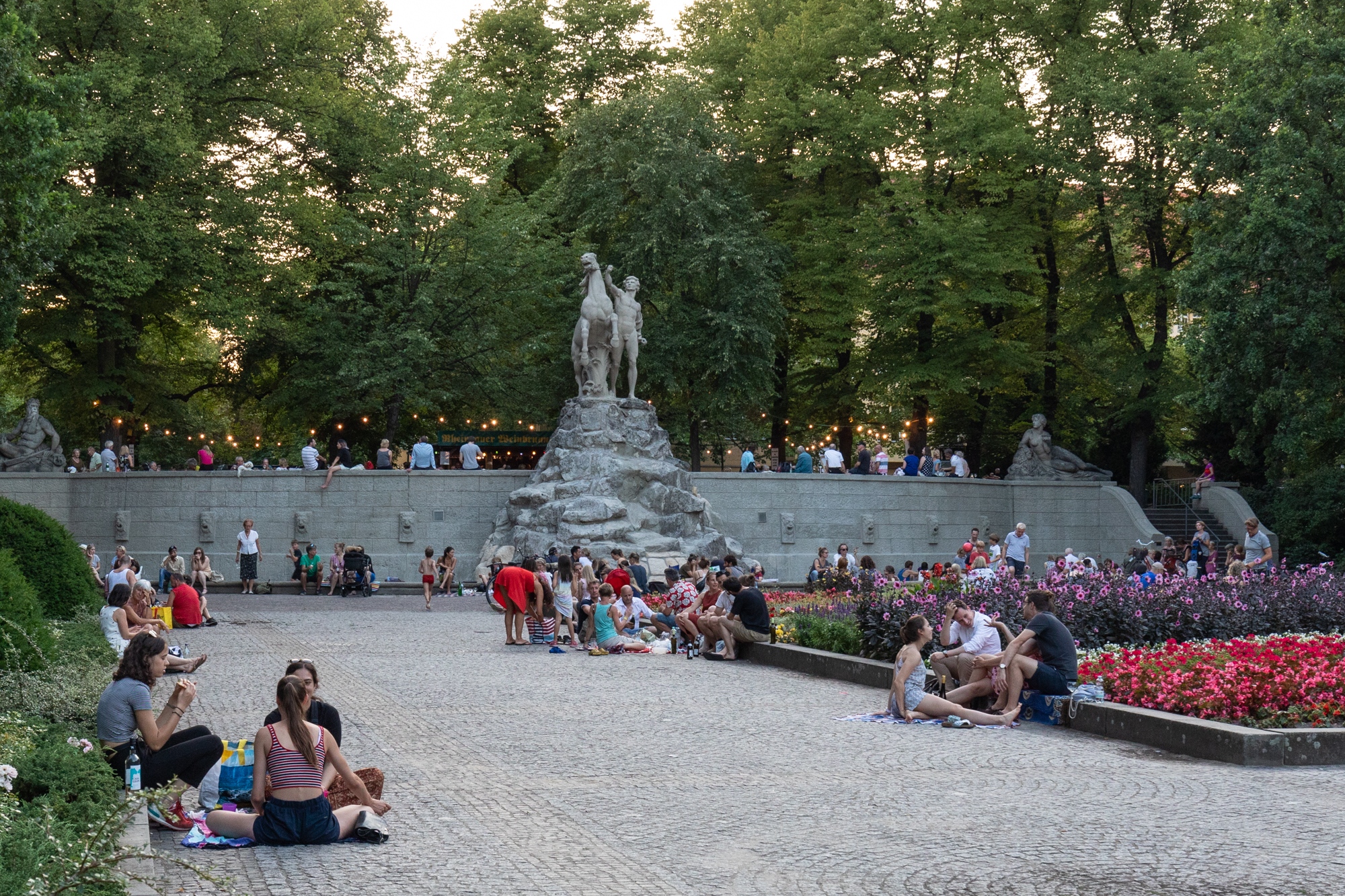 The 2018 Rheingauer Weinbrunnen season runs from 18 May to 19 September, with a break from 12-19 July. If you’d like to do some wine research in advance here is a list of the wineries taking part this year:

The weeklong break in July was introduced in 2018 in response to noise complaints from some local residents. One in particular went so far as to take the matter to court. The man, who incidentally had moved into the area long after the Weinbrunnen was a fixture, claimed his peace was disturbed by laughter, clapping and caterwauling. The case, which began in 2014 was finally decided by the Higher Administrative Court of Berlin-Brandenburg in September 2017, who saw no “harmful environmental effects”, thereby securing the Rheingauer Weinbrunnen’s future. 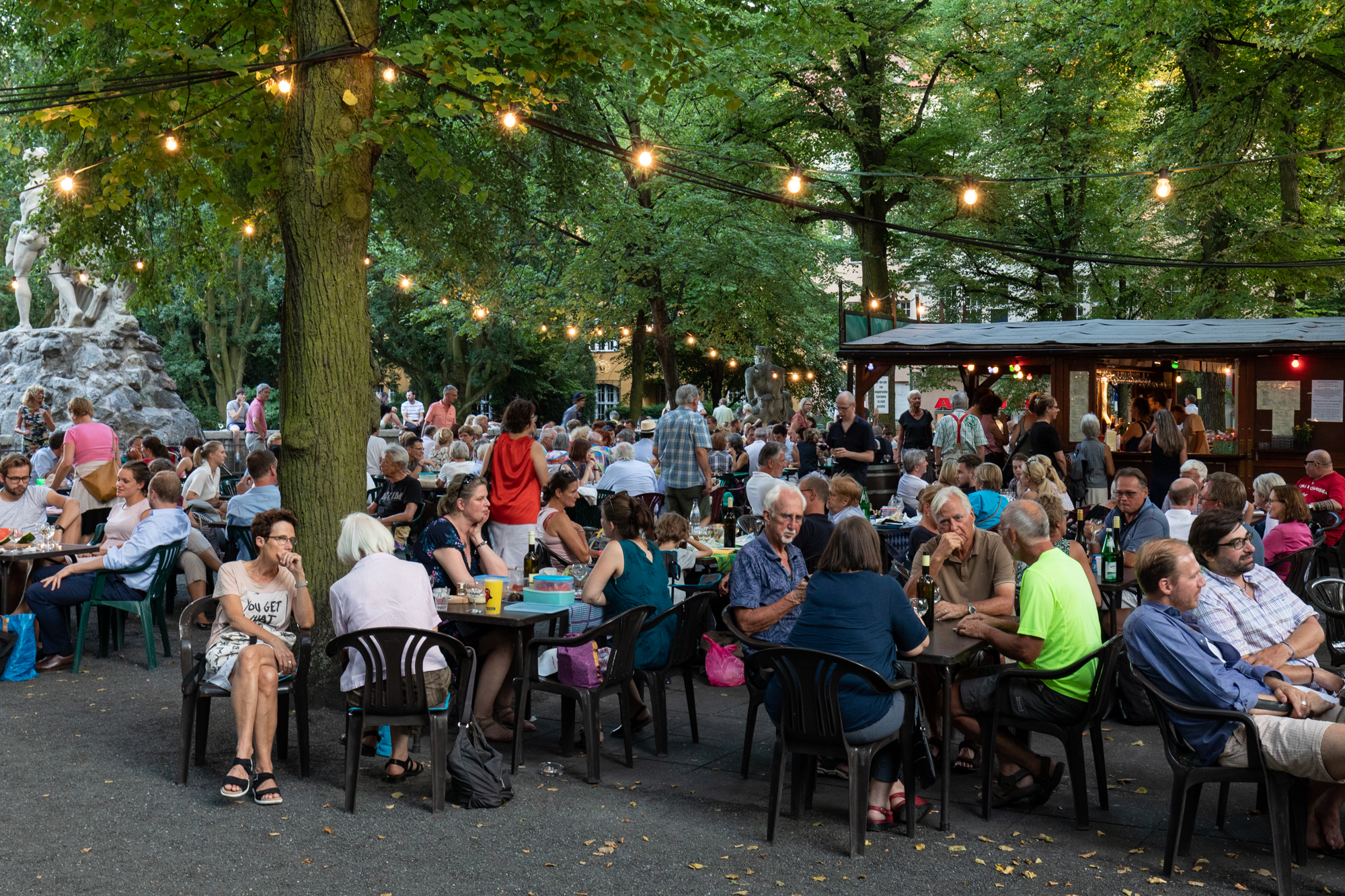 The Rheingauer Weinbrunnen is open daily from 15:00 to 21:30 and is a unique Berlin experience – bring friends, loved ones and a picnic for a night to remember (or forget depending on your wine consumption).