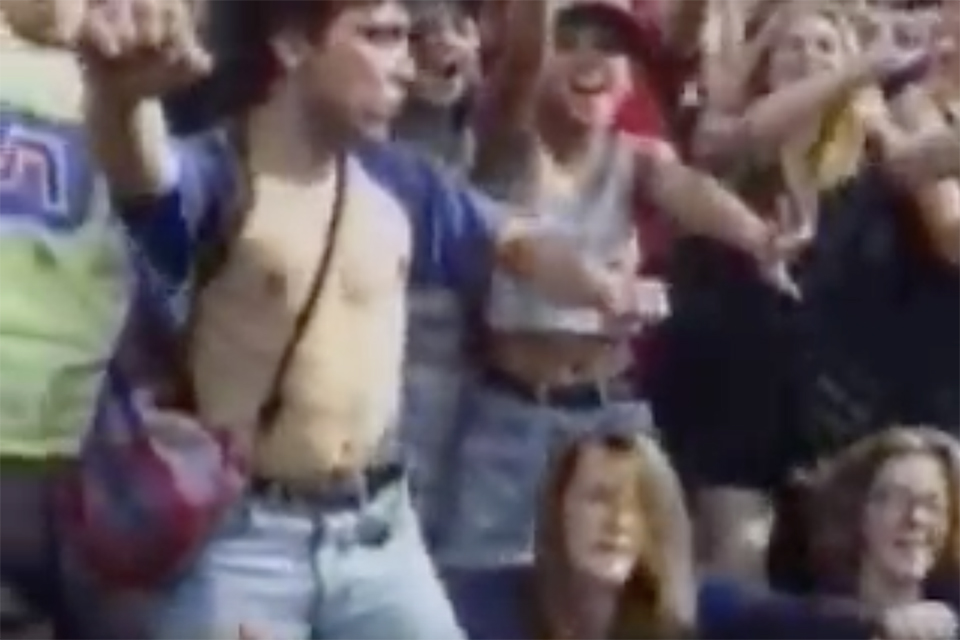 Berliner Trance is a 1993 documentary that charts the rising popularity of trance music and the MFS record label from its origins in post-wall Berlin.

Trance music is a kind of dance music which thousands of young people across Germany and throughout Europe are quite passionate about. It’s a musical movement which is gaining strength. This is the future.

When Mark Reeder founded MFS (short for Masterminded for Success) in 1990 it was the first trance label and the first independent label in East Berlin.

With the fall of the wall acting as a catalyst, the trance and techno music scene in Berlin exploded in the early 1990s fuelled by the new-found freedom of the city’s residents and an abundance of derelict buildings ideal for euphoric underground parties.

Dr Motte, co-founder of Love Parade, sums up the DIY attitude of the party scene in those days and why the abandoned factories, bunkers and other illegal locations of East Berlin played their part:

We just put in our own generators and partied there and it was excellent. And from that we built up everything and now we have many places in the East and they’re much better than the West because in West Berlin we have only the regular clubs and they’re boring because all the normal people go…and in the East at clubs it’s more like people like me…the freaks.

E-Werk, described in the film’s captions as ‘Berlin’s largest club’, a former Electrical substation near Checkpoint Charlie, is now a rather fancy event location but in the early 1990s, the derelict building was at the heart of the city’s techno scene. Its industrial past, high ceilings and rundown nature made it an ideal party venue. Laurent Garnier compares E-Werk to The Sound Factory in New York and The Hacienda in Manchester when describing the impact of walking into the club for the first time.

There is also footage from the early days of the Love Parade, an annual techno party on the streets of Berlin. Here the caption states ‘The Love Parade takes place every year on the first Saturday of July’; unfortunately this was only the case until 2003.

The Love Parade, trance parties at E-Werk and MFS are all sadly in the past but the city’s reputation as a Techno Mecca has gone from strength to strength. Let the documentary Berliner Trance transport you back to the Berlin of the early 90s where the seeds of the city’s legendary status in the world of Electronic Dance Music were sown.