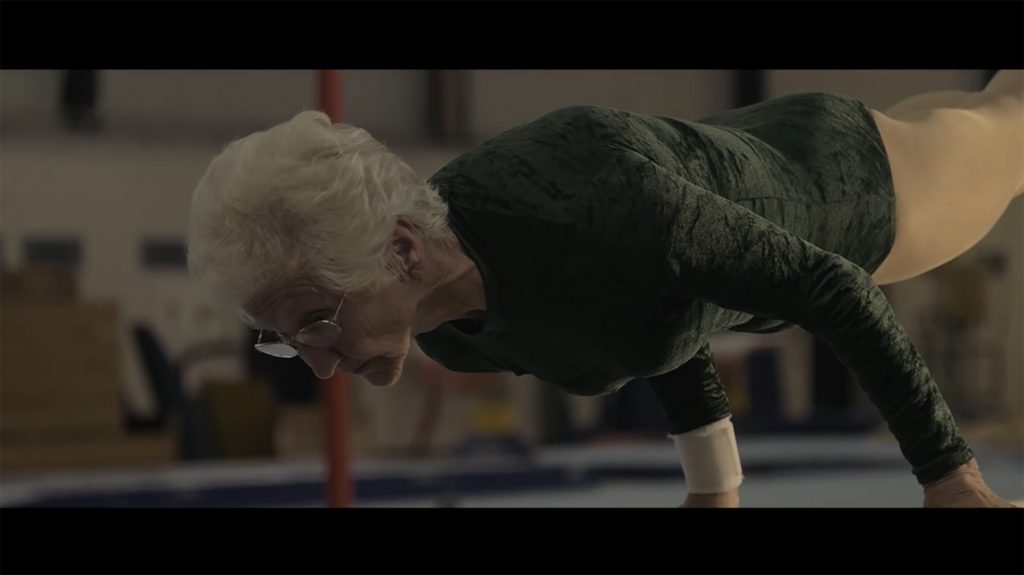 It’s not every day that you see a great-grandmother doing handstands, forward rolls and cartwheels and performing gymnastic routines on the parallel bars – unless your spending time with Johanna Quaas that is.

At 91-years old, Quaas is officially the oldest competitive gymnast in the world, an honour first bestowed upon her in the 2012 Guinness Book of Records.

Born in November 1925 in Saxony-Anhalt in Germany, Quaas loved gymnastics as a young child, a passion she shared with her father. She took part in her first competitions at an early age and after a long hiatus, during which time she was part of an East German championship winning handball team, she returned to the sport in 1982 at the age of 57.

Despite all her years of experience she still gets nervous before a competition but it is clear from the smile it brings to her face that she still loves the sport and she still trains several times a week.

In an interview during the International Ageing Asia Innovation Forum in Singapore in April 2017, she told the Straits Times:

I do gymnastics to avoid being susceptible to falls and that is a good preventive tool. Maybe the day I stop doing gymnastics is the day I die.

She also said, “If you are fit, it is easier to master life”, and given her astonishing suppleness and upper body strength, Quaas must be the ultimate Grand Mistress of life.

There are lots of videos of Johanna Quaas on YouTube and my favourite so far is this beautiful film, Turning Ninety from Rolling Shutter, filmed shortly before her 90th birthday.